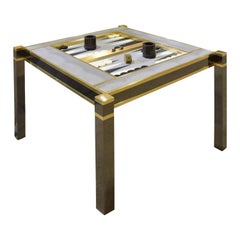 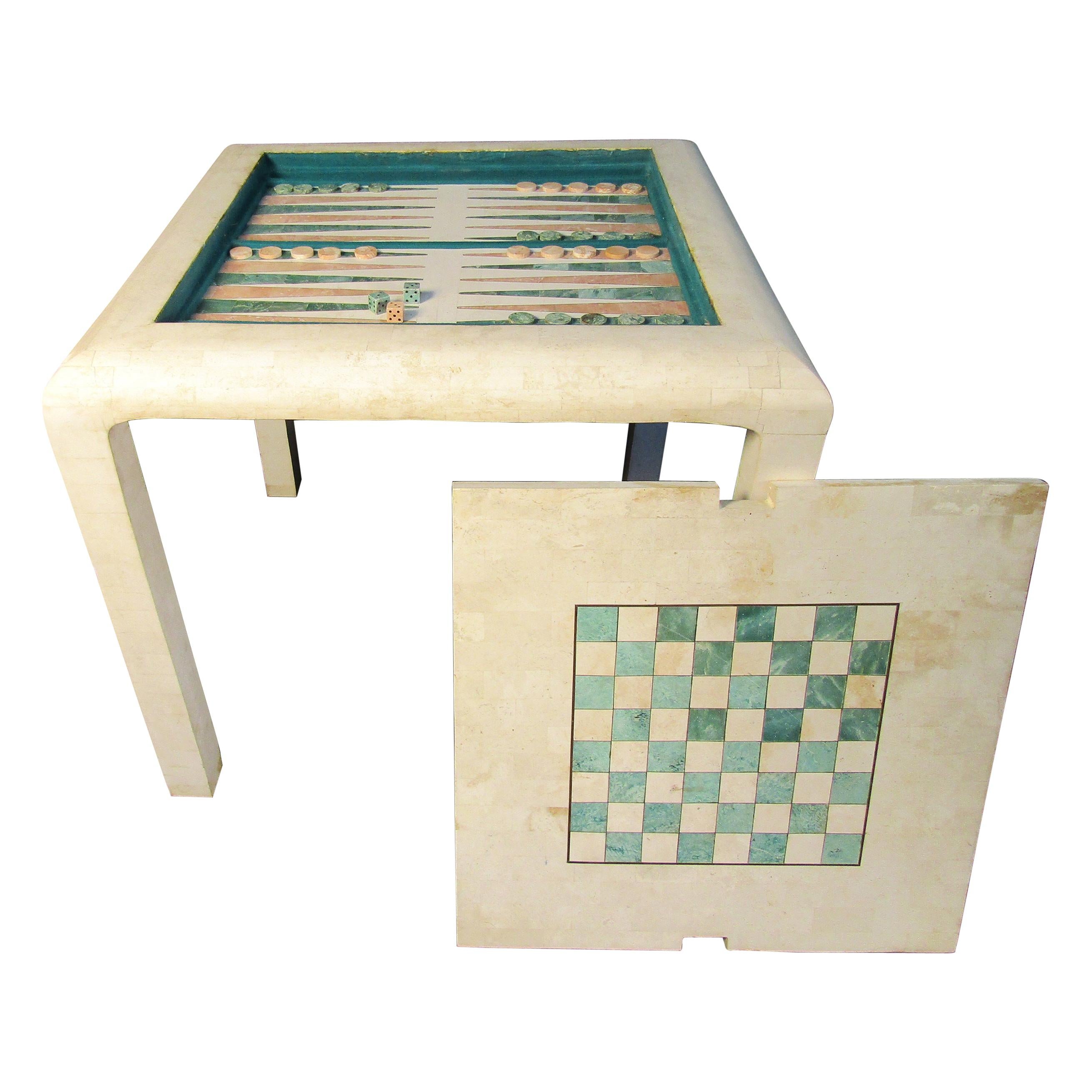 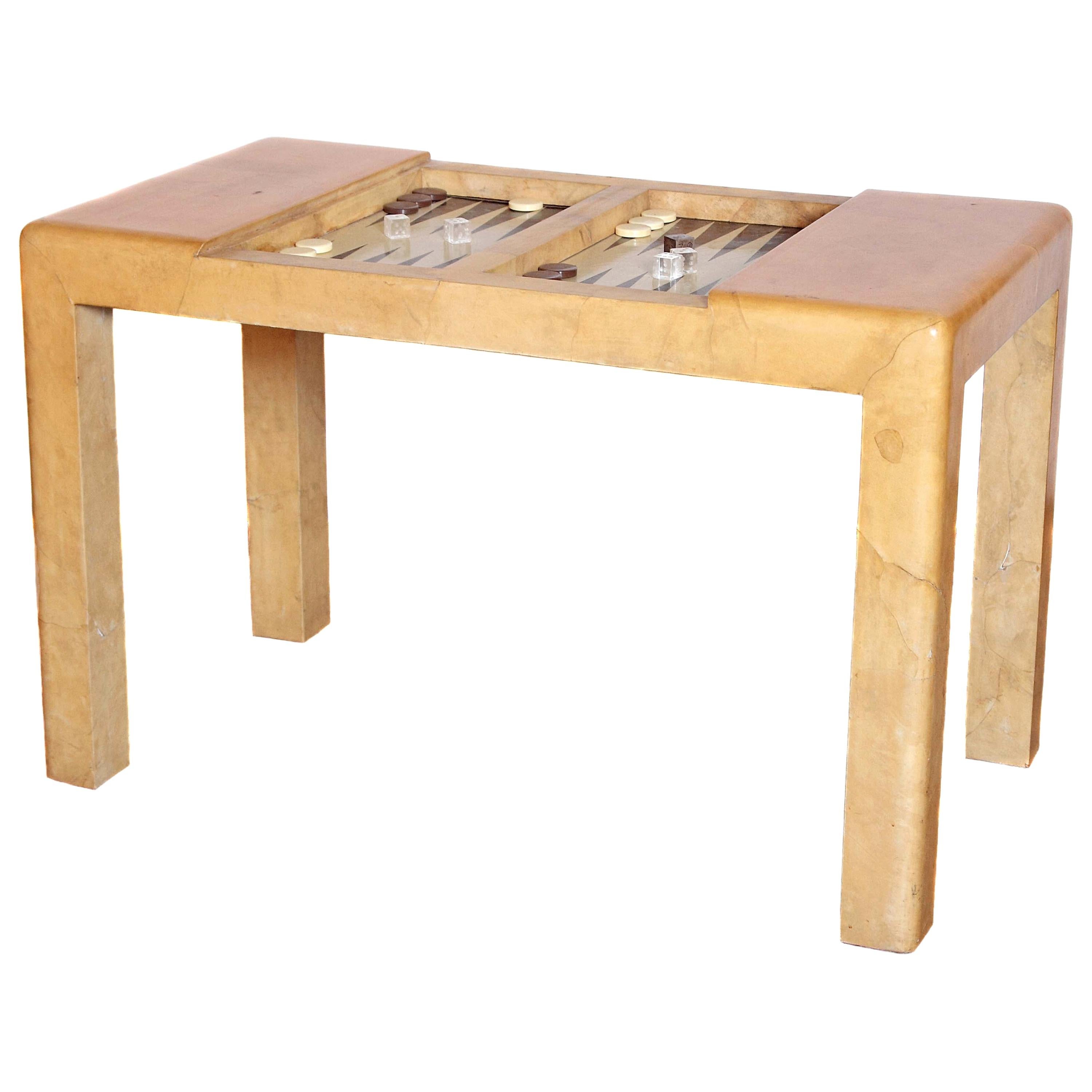 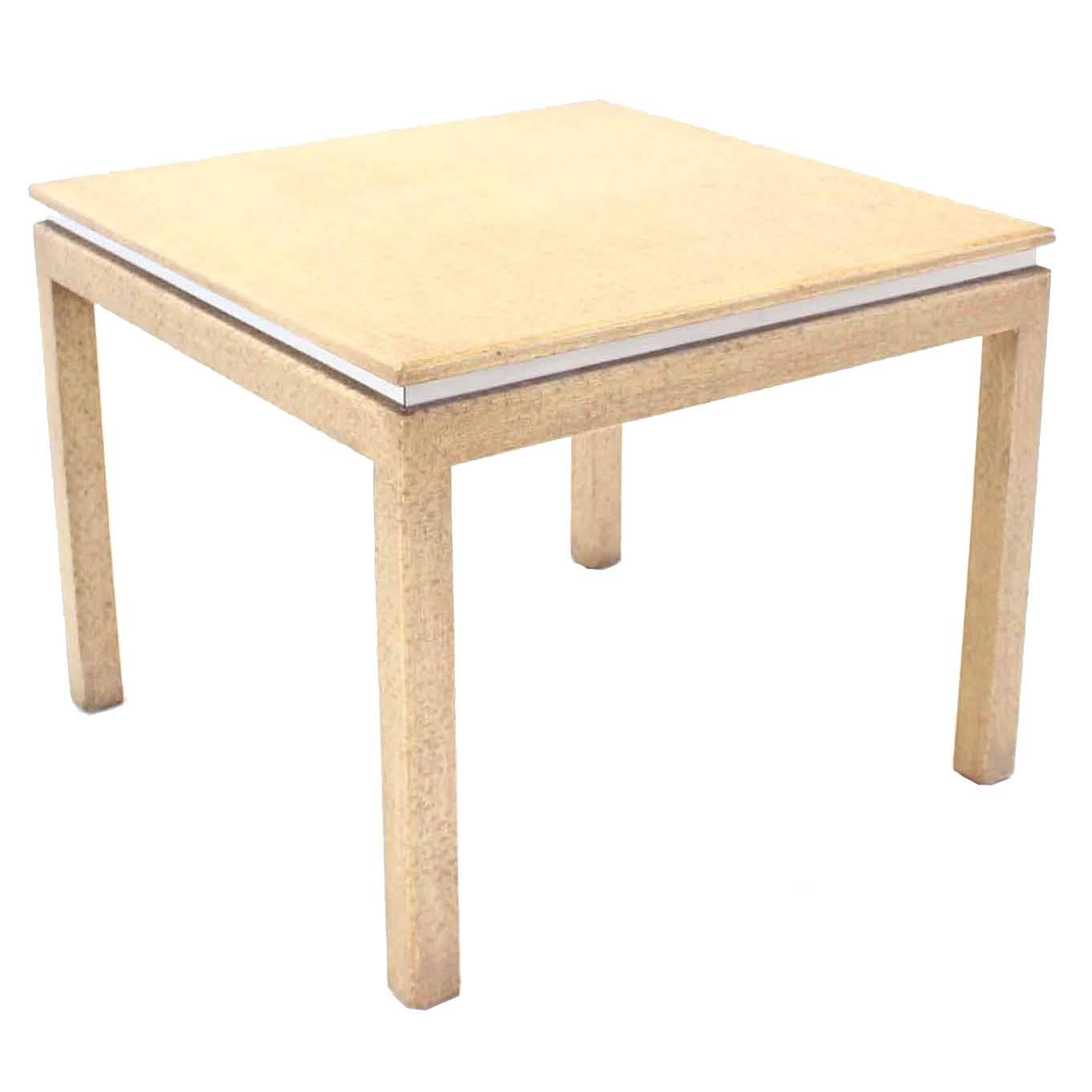 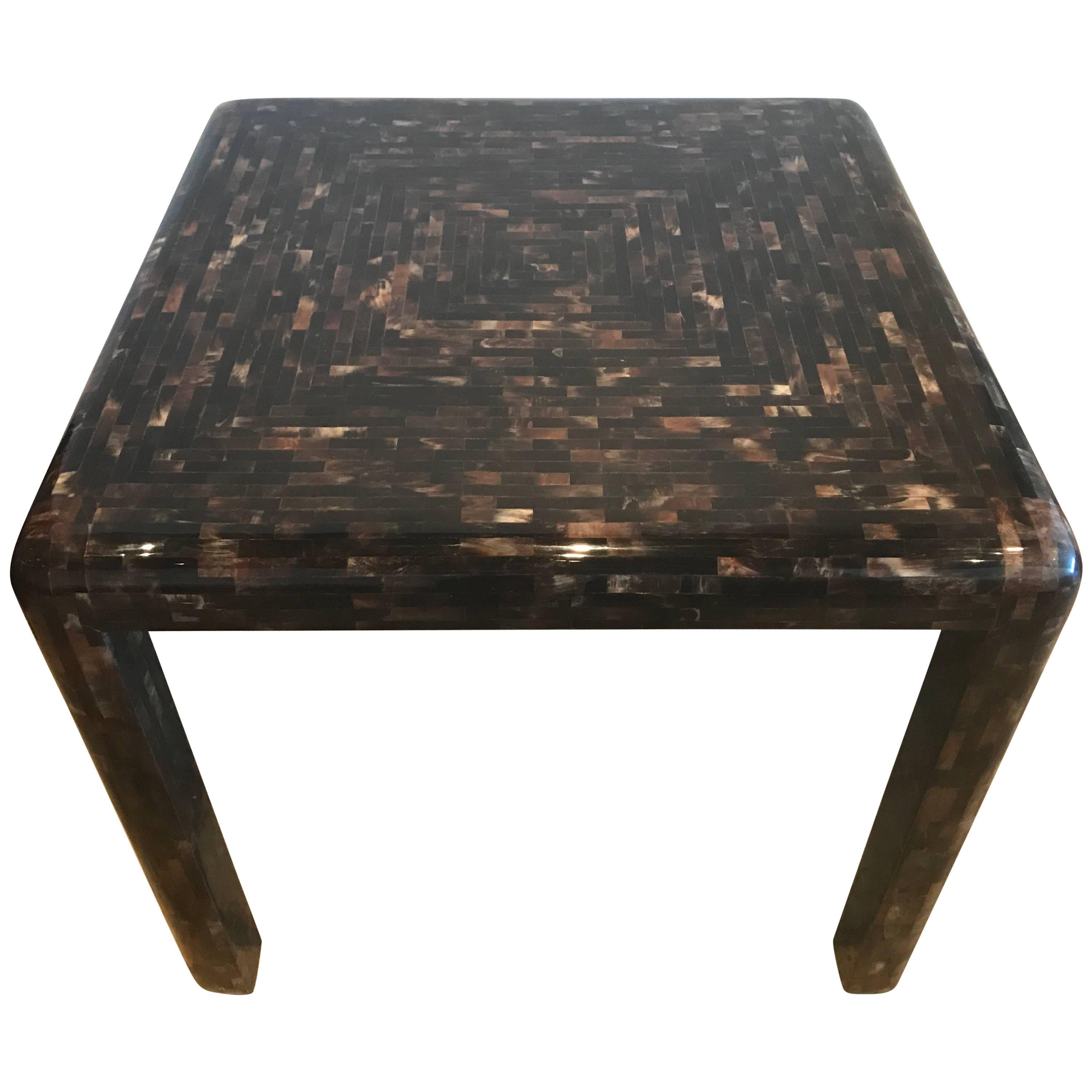 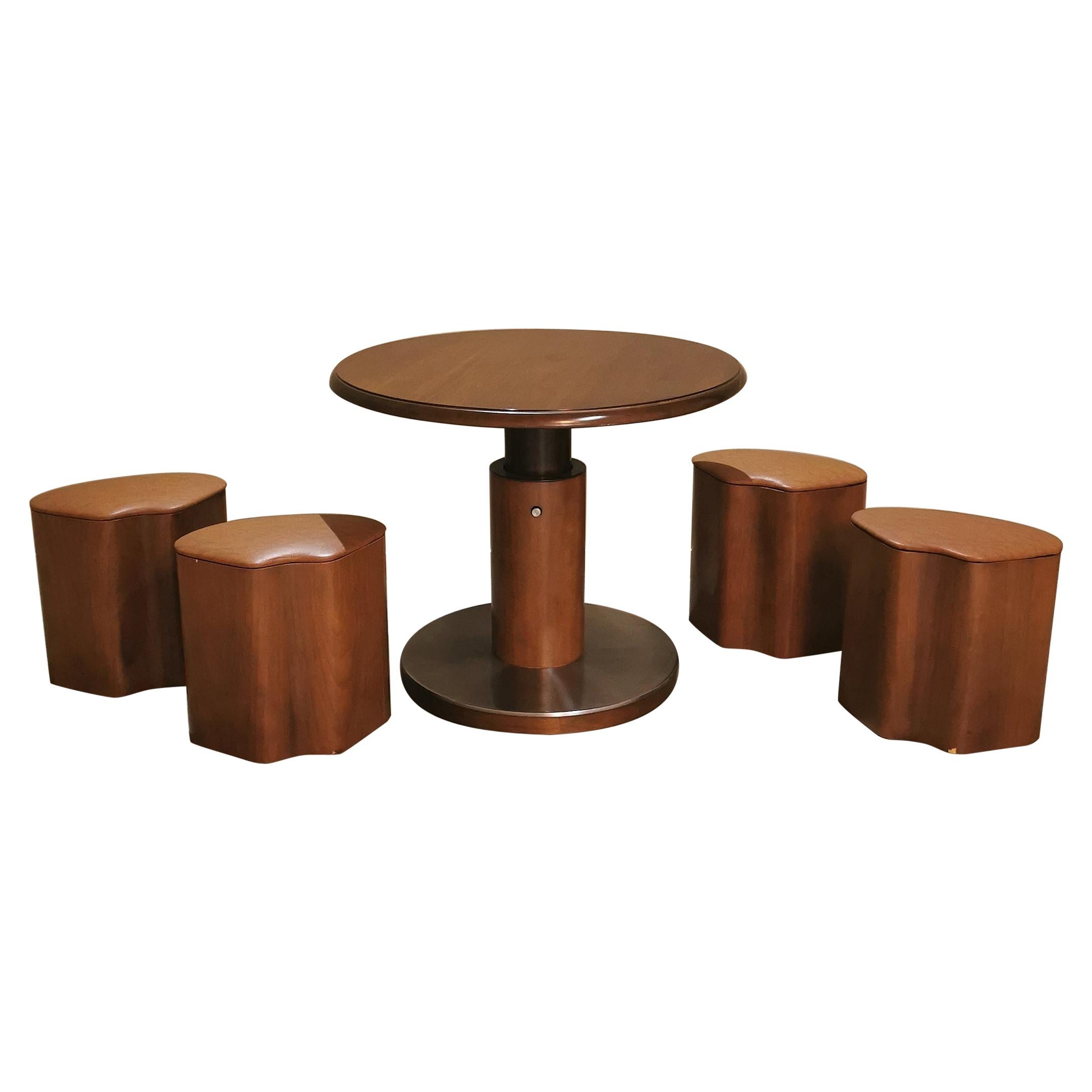 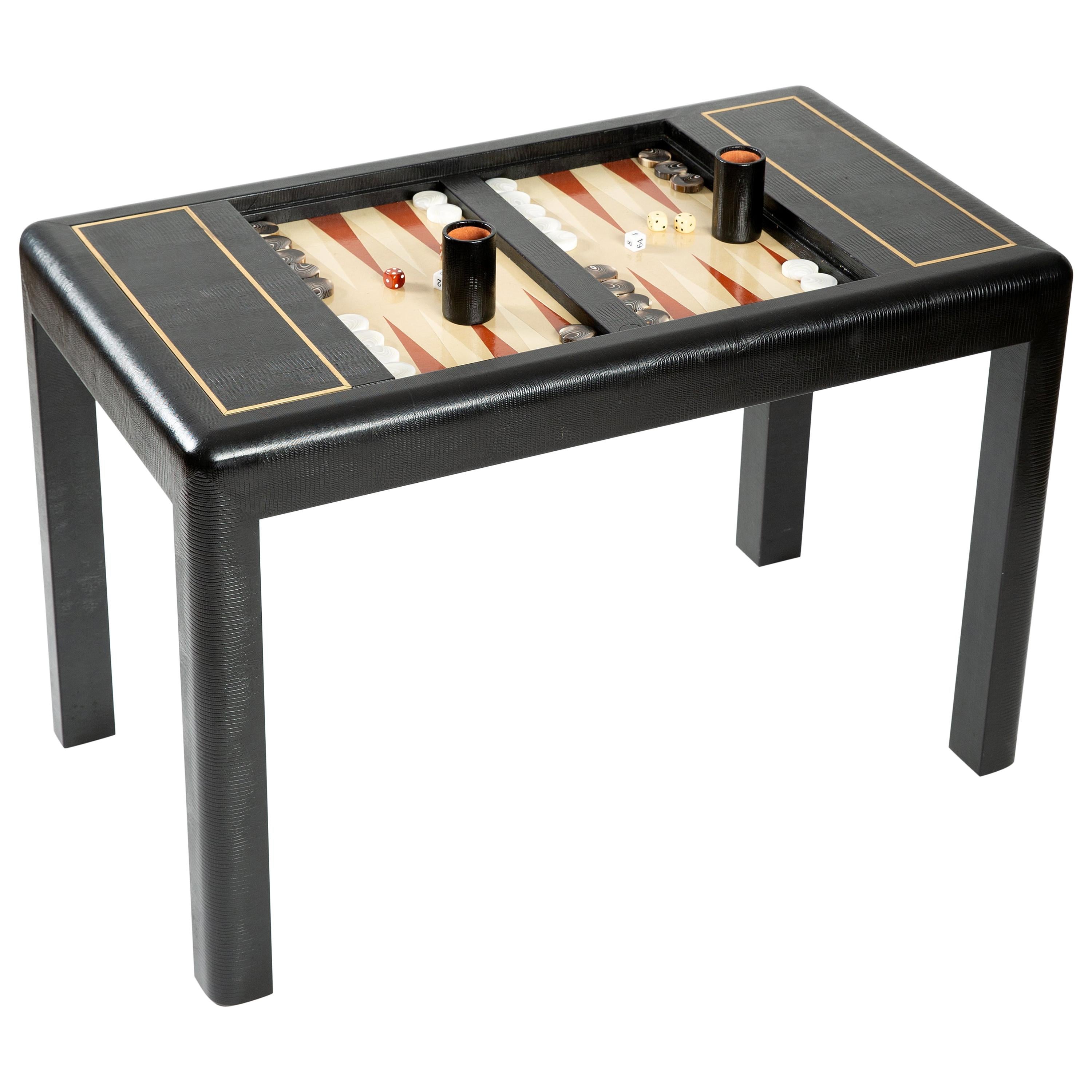 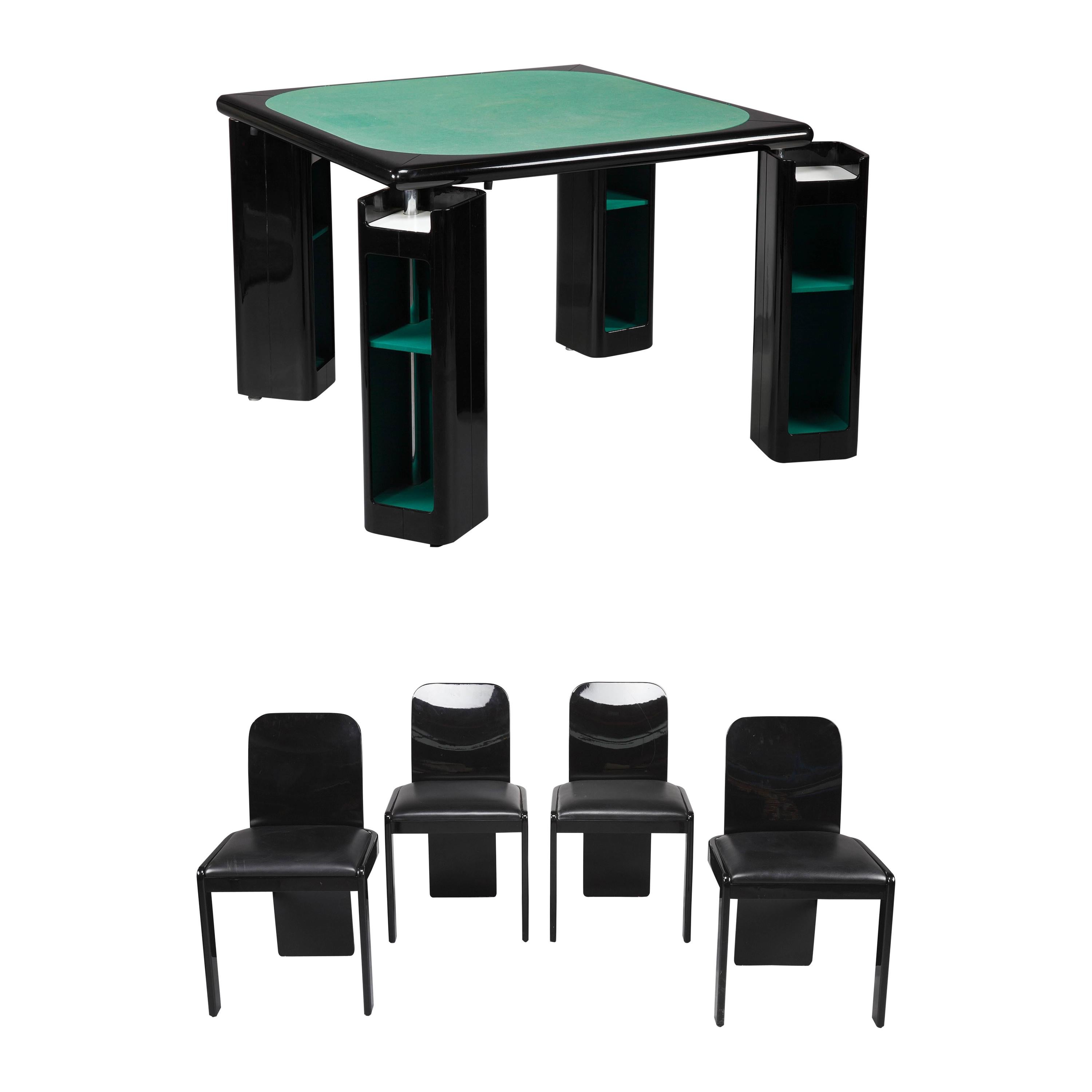 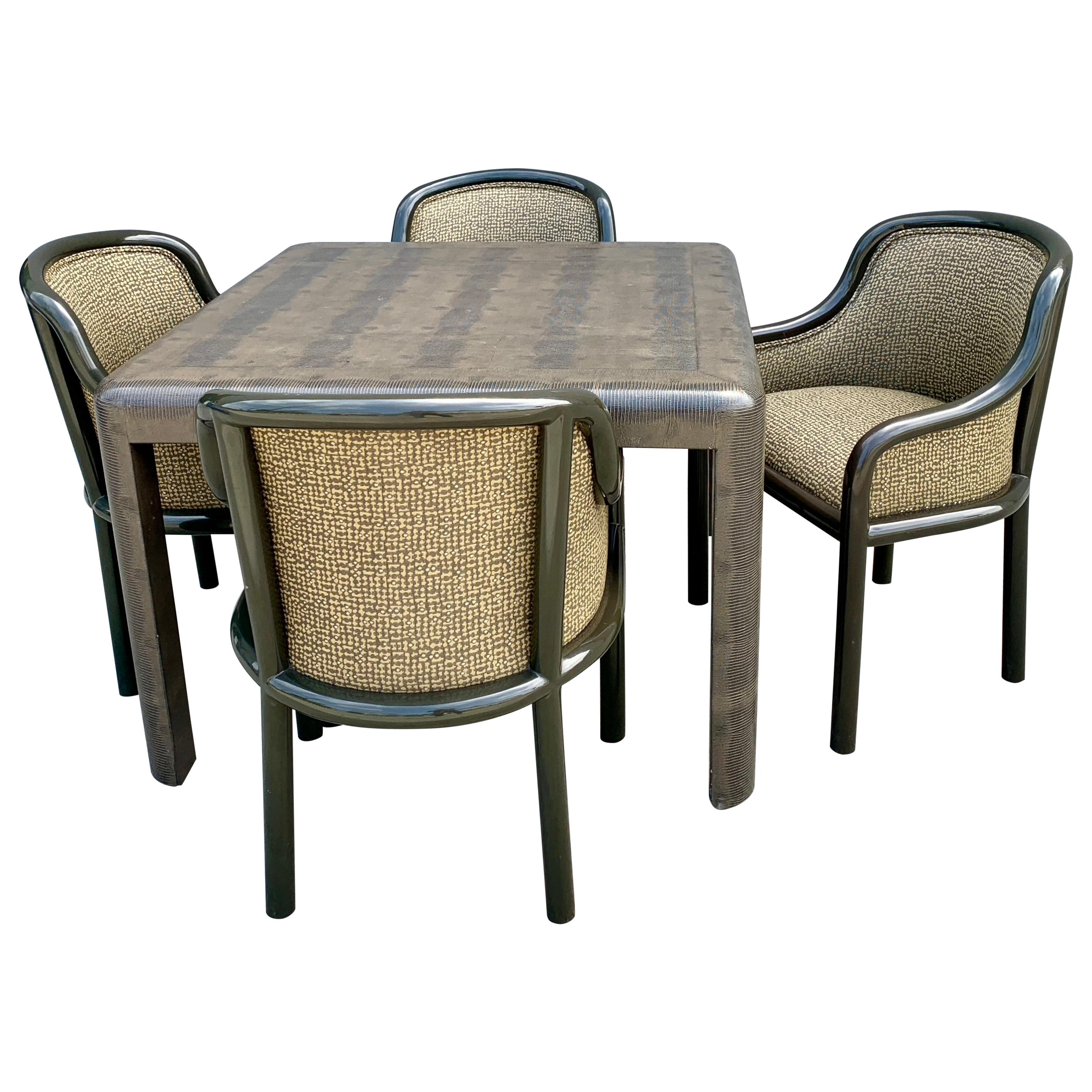 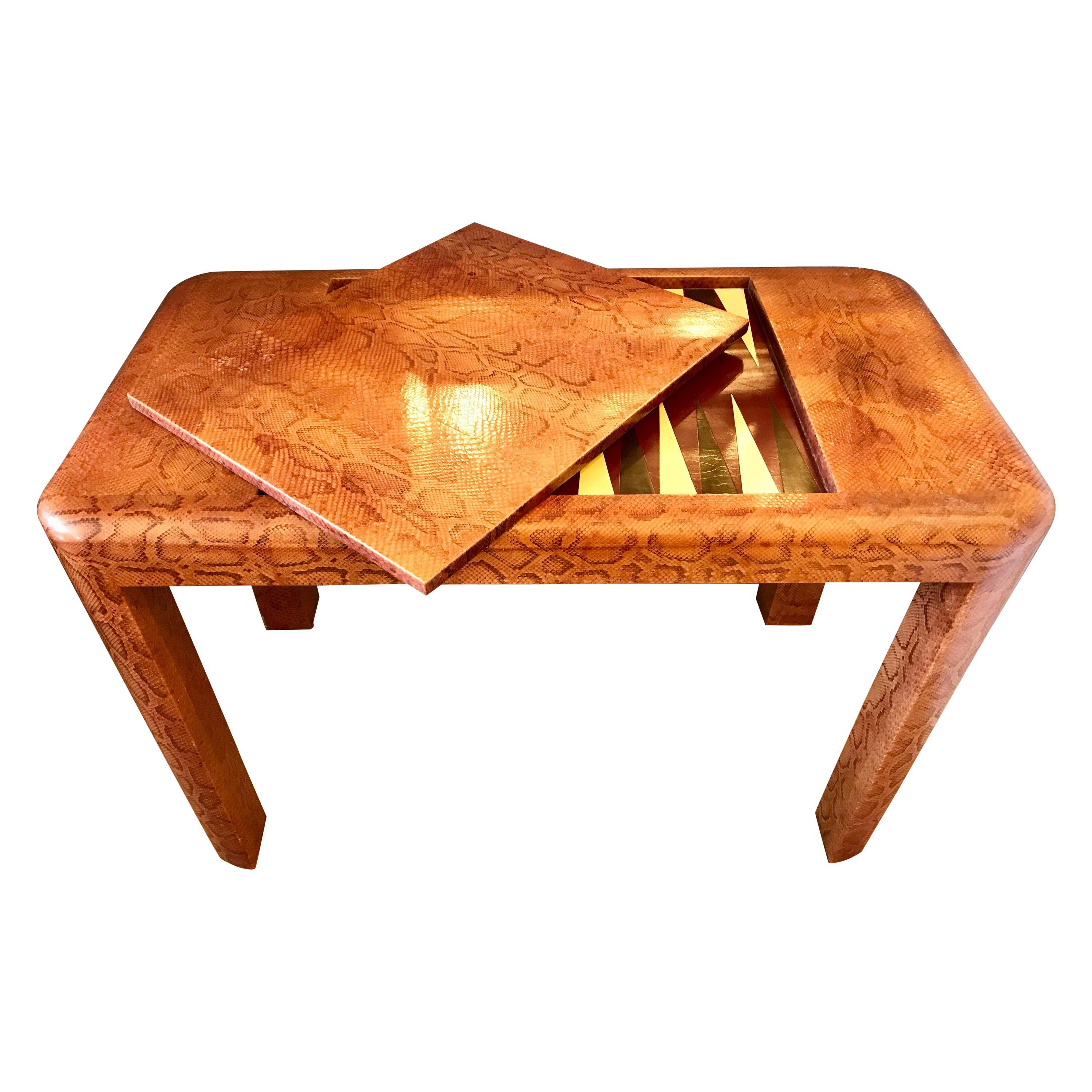 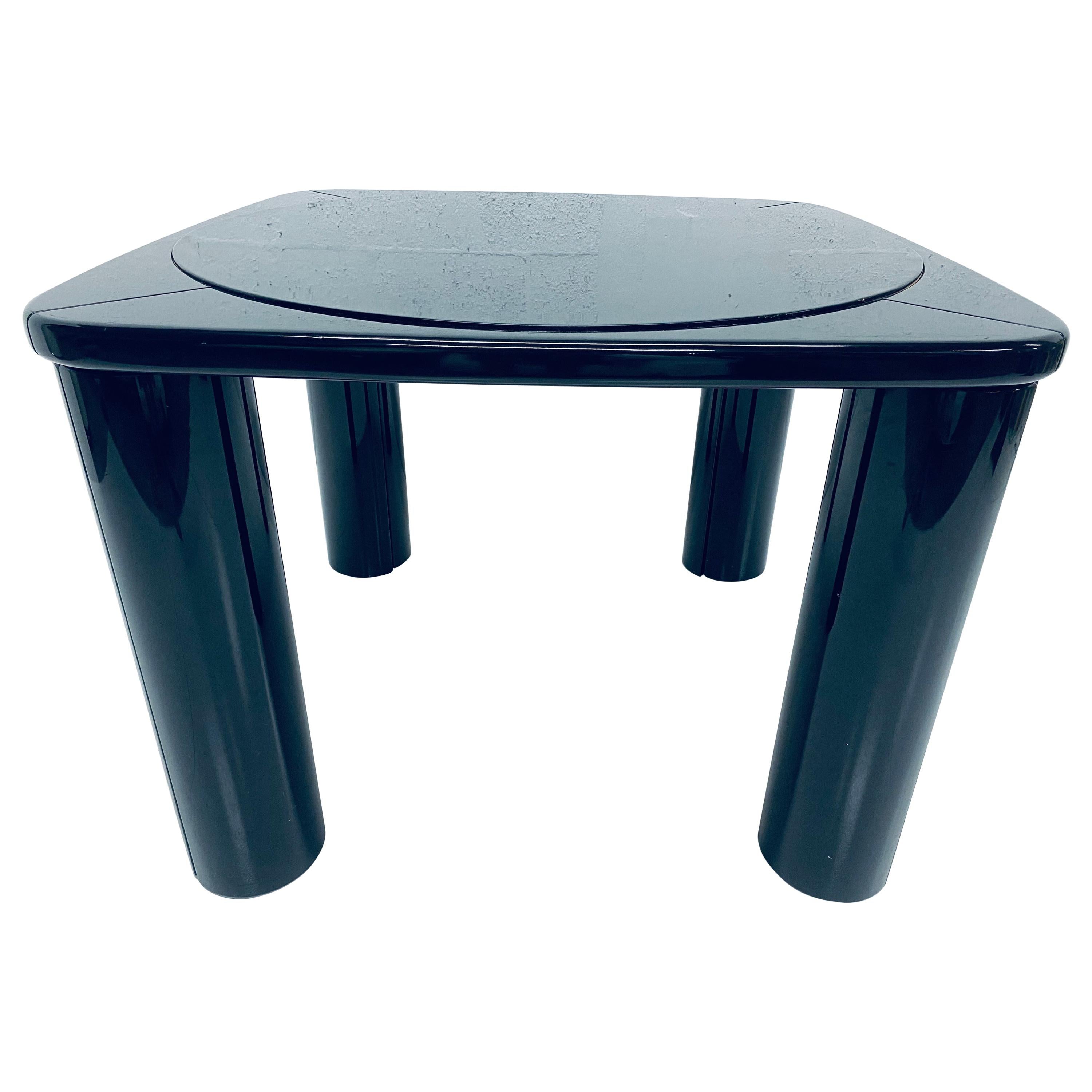 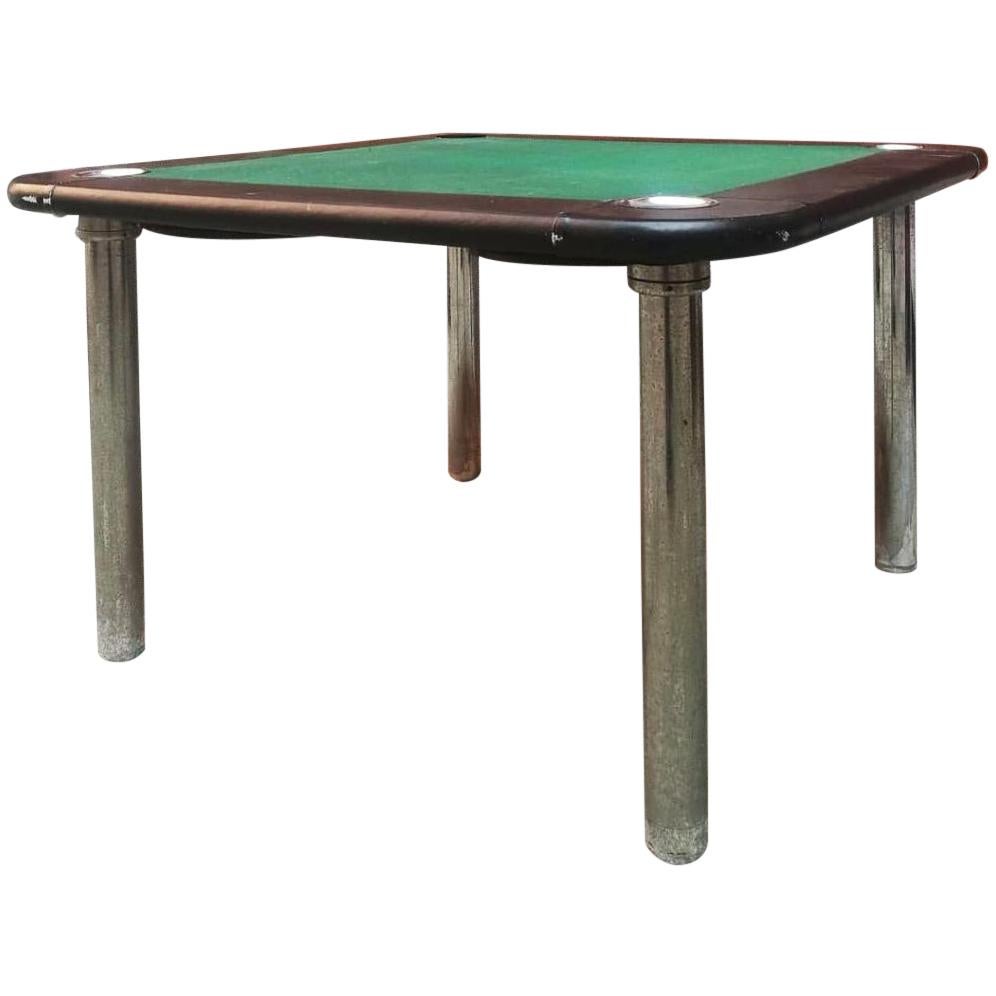 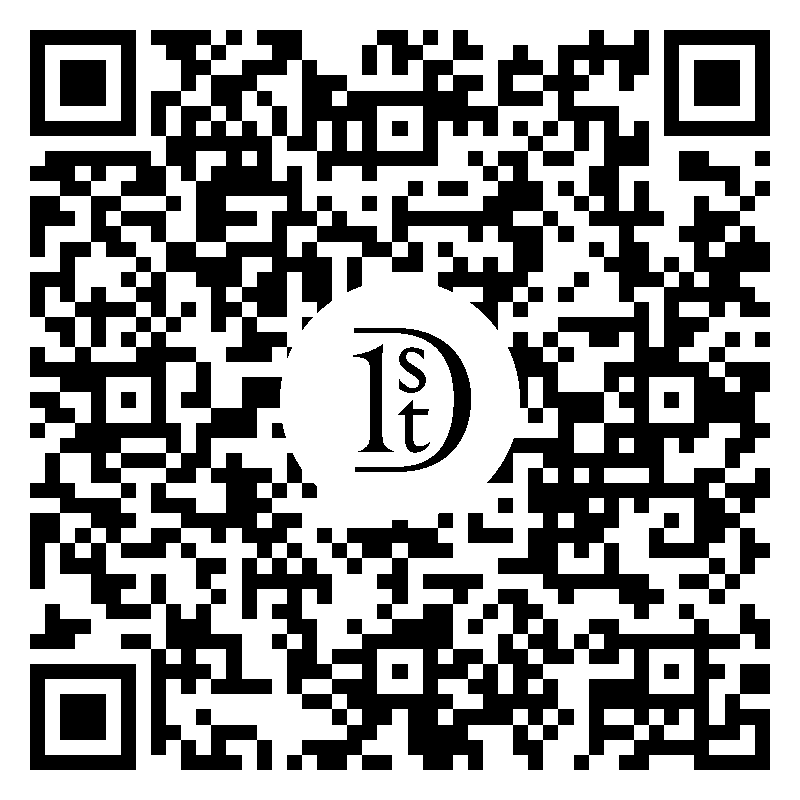 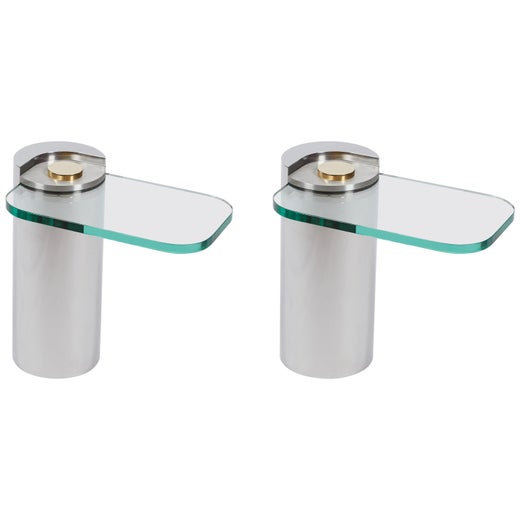 The Berlin-born, New York–based designer Karl Springer brought a chic, high-fashion sensibility to furnishings. During his heyday in the 1970s, Springer’s work was a favorite of the glamour set, who enjoyed the novelty of pieces finished in rich and striking materials that ranged from exotic hides and skins to lacquer and chromed metal. In a sense, Springer was a pre-postmodernist. Much as the dull, safe, corporate sameness of late 20th-century modernism prompted Ettore Sottsass, Michael Graves and others to explore new and provocative structures and materials in design and architecture, so, too, was Springer driven to enliven his creations with fresh and alluring energy and sleekness.

Springer came to New York in the late 1950s and found work arranging window displays at the department store Lord & Taylor. He had studied bookbinding in Germany, and, using his meticulous skills, he began crafting desk accessories wrapped in leather as a sideline. These pieces were sold in luxury stores like Bergdorf Goodman, and drew a sophisticated clientele that included the Duchess of Windsor. By 1965, he had established his own Manhattan atelier, and at his death he had showrooms as far afield as Los Angeles, Tokyo and Munich.

The chairs, tables, credenzas and other furniture forms Springer created are generally simple, but substantial, and often have robust, rounded lines. The appeal of his work lies in Springer's insistence on exacting construction and, above all, his eye for unusual materials and finishes. He employed Lucite, brass, and gunmetal along with chromed and polished steel, and revived exquisite finishes rarely seen since the days of Art Deco masters such as Émile-Jacques Ruhlmann and Jean-Michel Frank: shagreen (a type of sharkskin), python, goatskin, bone, horn, and lacquered parchment, as well as fabrics that include batik prints. Made of such materials, Springer’s work is by its very nature flamboyant and eye-catching: a suite of pieces will astonish, and an artfully placed side table in exotic hide will add a surprising spark. 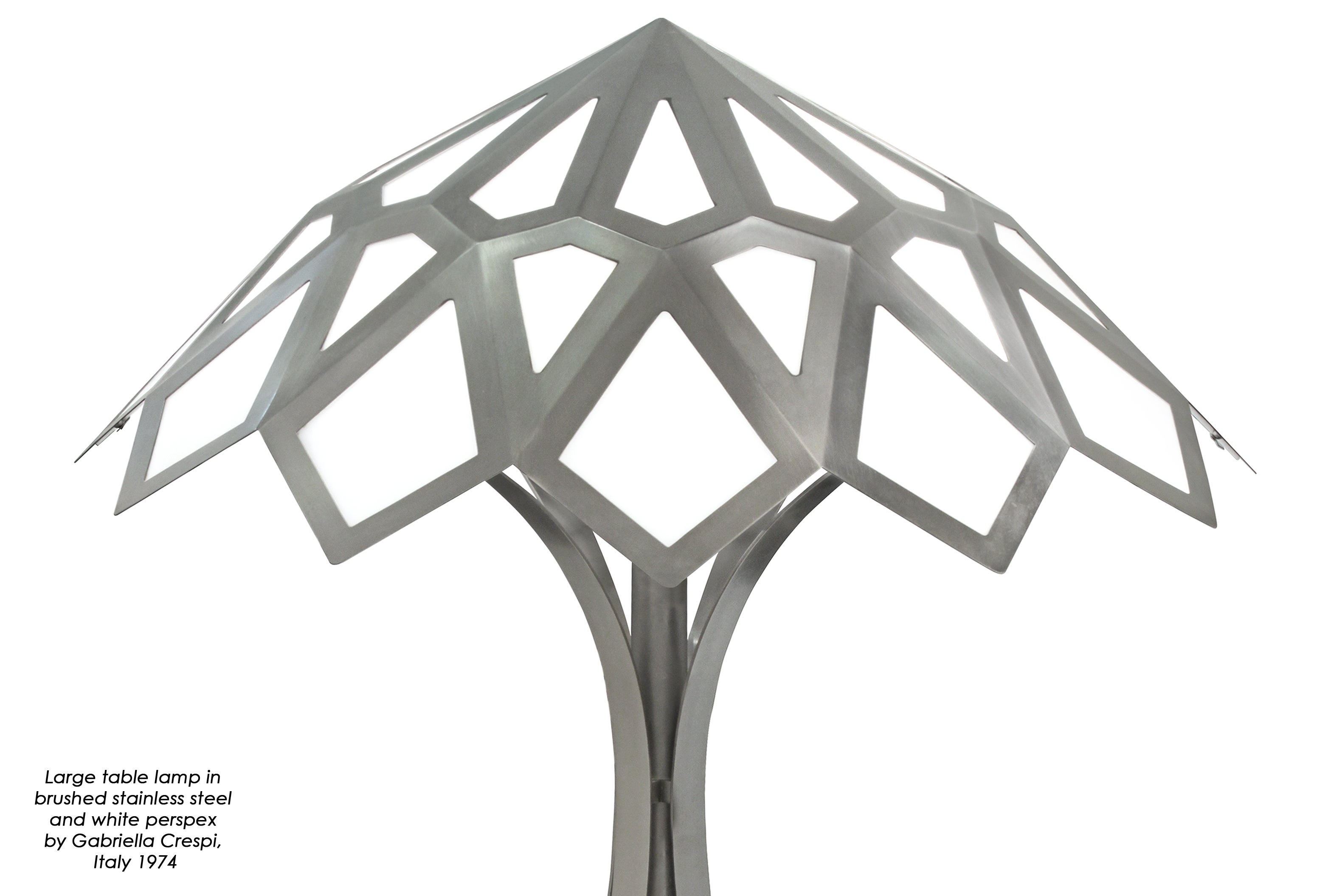 $25,000
Karl Springer "Bullet" Up Light in Gunmetal, 1970s
By Karl Springer
Located in New York, NY
"Bullet" up light in gunmetal by Karl Springer, American, 1970s. This comes with the original honeycomb diffuser. This up light is beautifully made.
Category

$9,500
Karl Springer Python Snakeskin Covered Game Table
By Karl Springer
Located in West Palm Beach, FL
This is an early signed Springer creation. The " lid " is reversible, python when closed, or, with a backgammon board. The python colors are deep, variety and distinctive. The int...
Category

$3,850
Vintage Marble Game Table in the Style of Karl Springer
By Karl Springer
Located in Brooklyn, NY
A unique and rare game table in tessellated marble, this Mid-Century Modern piece is styled after the designs of Karl Springer. A removable top is perfect for checkers or chess, whil...
Category