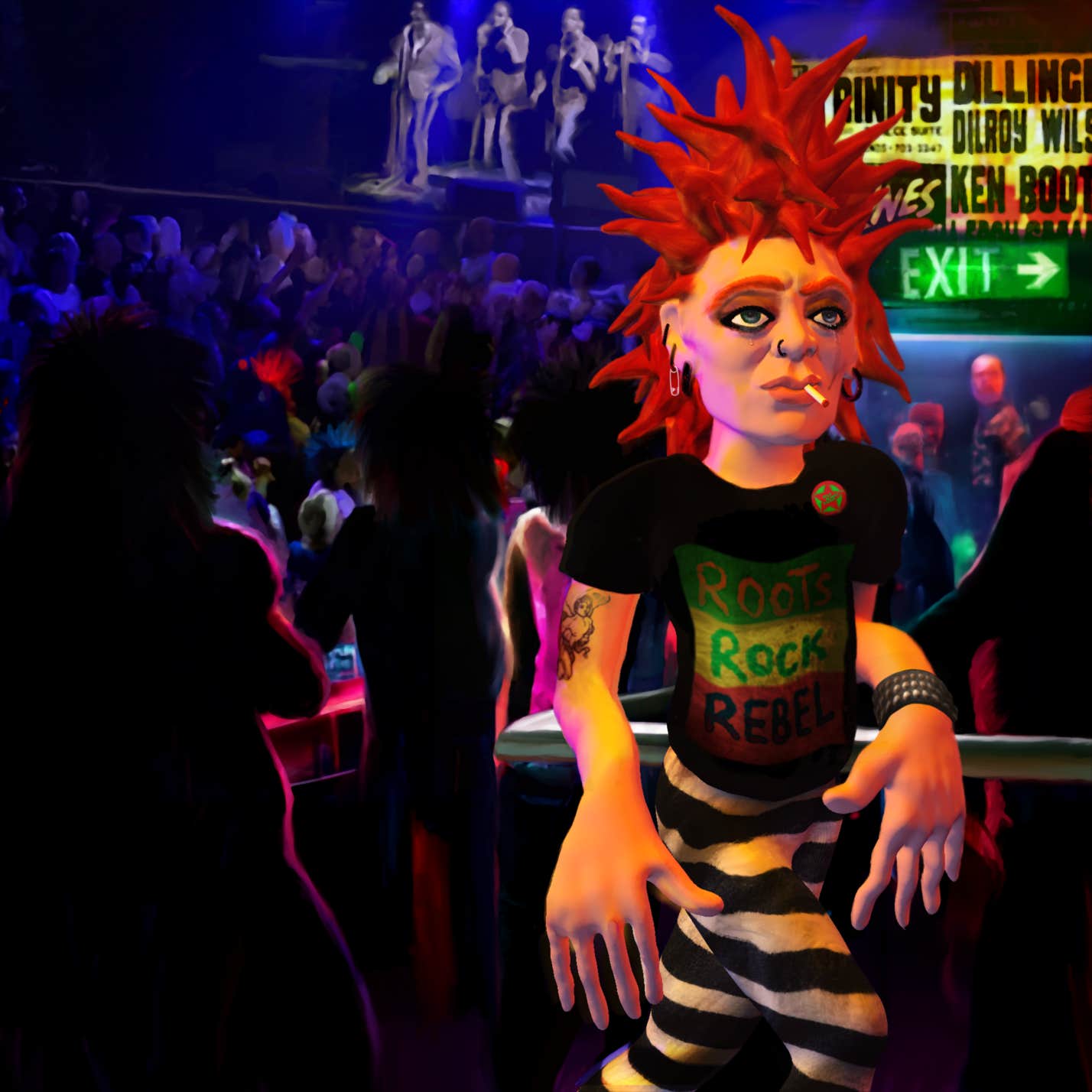 Inspired by, and dedicated to 1970's UK punk band, The Clash. This song is the epitome of punk and rebel rock. The words remind me of the fears I have for Cryptoart - can we avoid falling for the same traps that killed off the Punk and Rebel Rock movements? Midnight to six, man For the first time from Jamaica Dillinger and Leroy Smart Delroy Wilson - cool operator Ken Boothe - UK pop reggae With backin' band sound-systems If they got anything to say There's many black ears here to listen But it was Four Tops all night with encores from stage right Charging from the bass knives to the treble But onstage they ain't got no roots rock rebel Onstage they ain't got no...roots rock rebel Dress back, jump back, this is a bluebeat attack 'Cause it won't get you anywhere Foolin' with the guns The British Army is waitin' out there An' it weighs fifteen hundred tons White youth, black youth Better find another solution Why not phone up Robin Hood And ask him for some wealth distribution? Punk rocker in the UK They won't notice anyway They're all too busy fightin' For a good place under the lightin' The new groups are not concerned With what there is to be learned They got Burton suits, huh, ya' think it's funny Turnin' rebellion into money All over people changin' their votes Along with their overcoats If Adolf Hitler flew in today They'd send a limousine anyway I'm the all-night drug-prowling' wolf Who looks so sick in the sun Just out - lookin' for fun Only - lookin' for fun Please mister Just leave me alone Lyrics by Joe Strummer and Mick Jones Reference image credits: Four Tops photograph by Ron Kroon: https://commons.wikimedia.org/wiki/File:Grand_Gala_du_Disque_._The_Four_Tops,_Bestanddeelnr_921-1506.jpg Photo references for tears: https://pixabay.com/users/victoria_art-6314823/ https://pixabay.com/users/karen_nadine-3347452/ Photo reference for Rock Against Racism badge: https://www.flickr.com/photos/dannybirchall/6371785521

Angie Taylor is a traditionally-trained sculptor who has worked as a digital artist since the 1980's. Her current creative process begins in VR where she models 3D characters and scenes. These are hand-painted and textured on iPad before being rendered in desktop 3D software. Her work explores themes of identity, isolation & otherness - often championing life's misfits and highlighting the struggles faced by them. Her highly-distinctive style is hard to pin down but has been described by some as Punk-Expressionism - a unique mix of punk art, naive art, pop art & expressionistic aesthetics and themes.