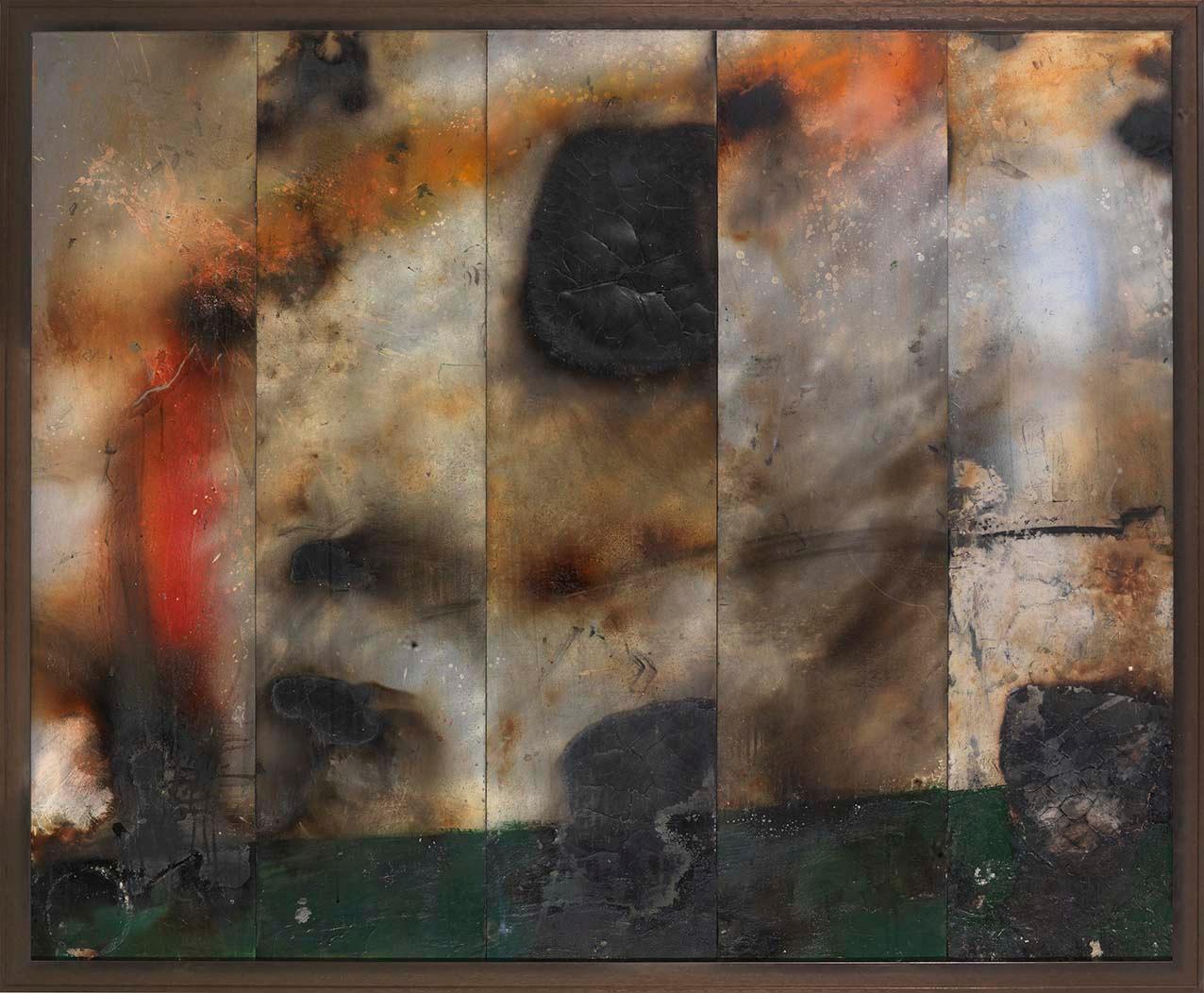 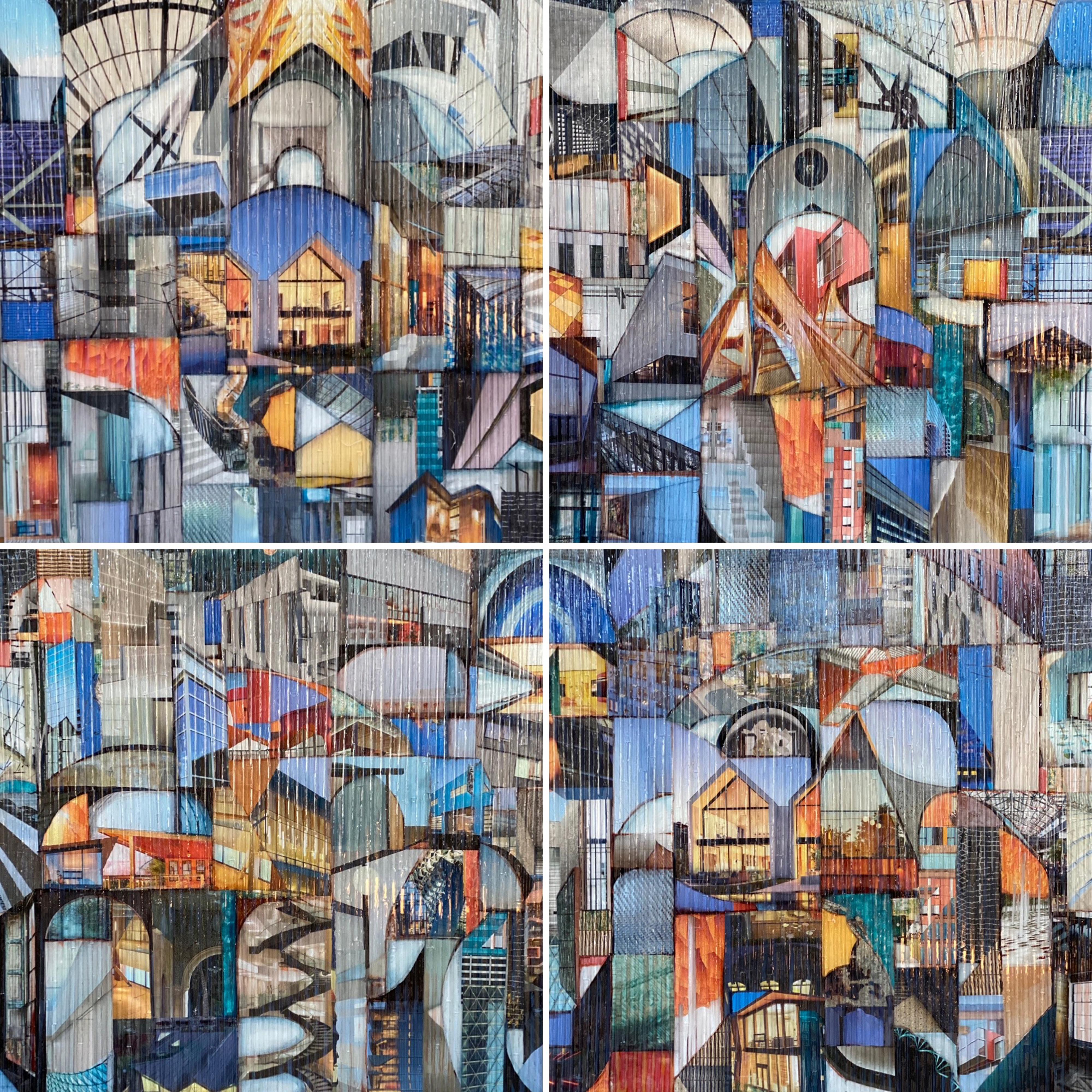 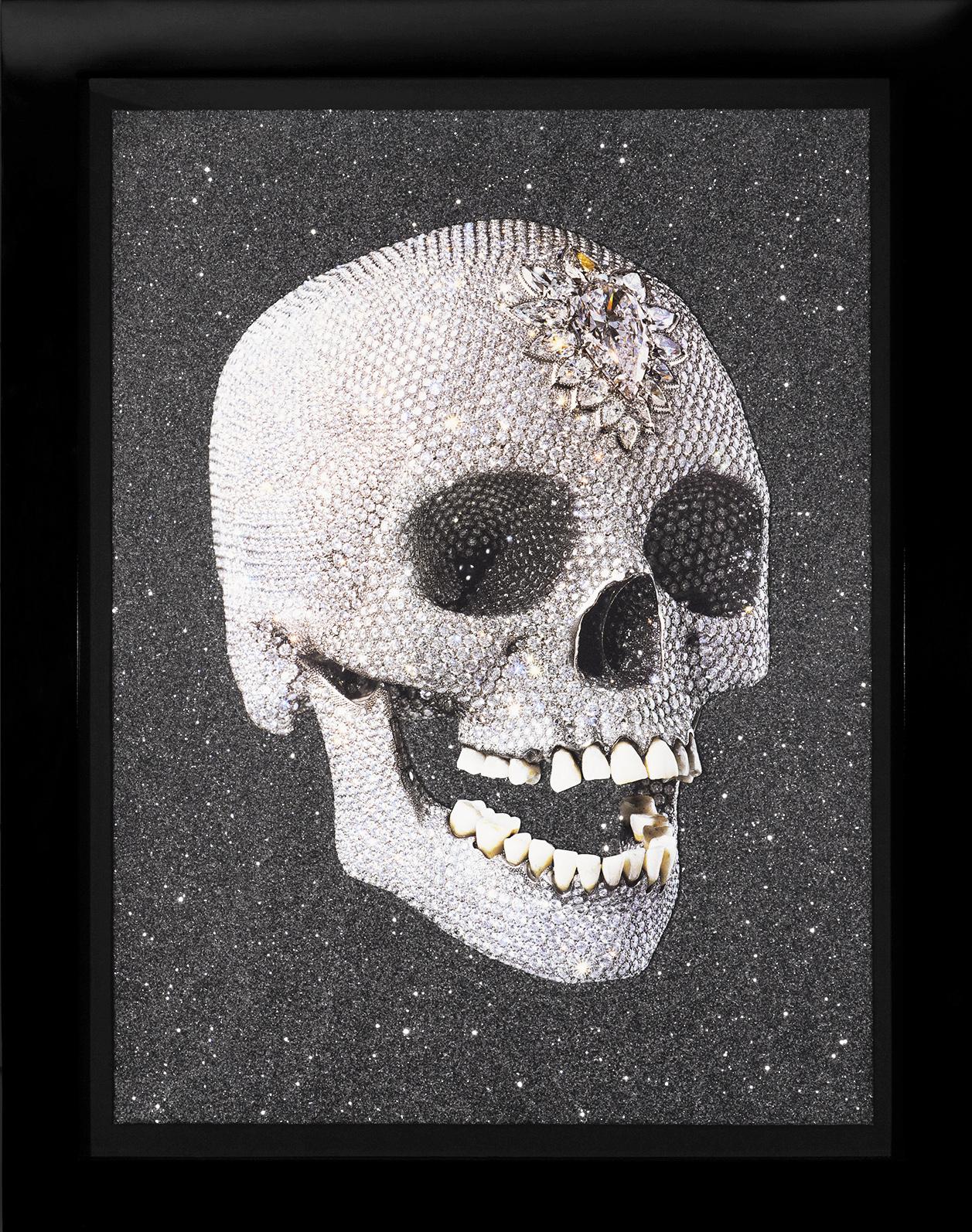 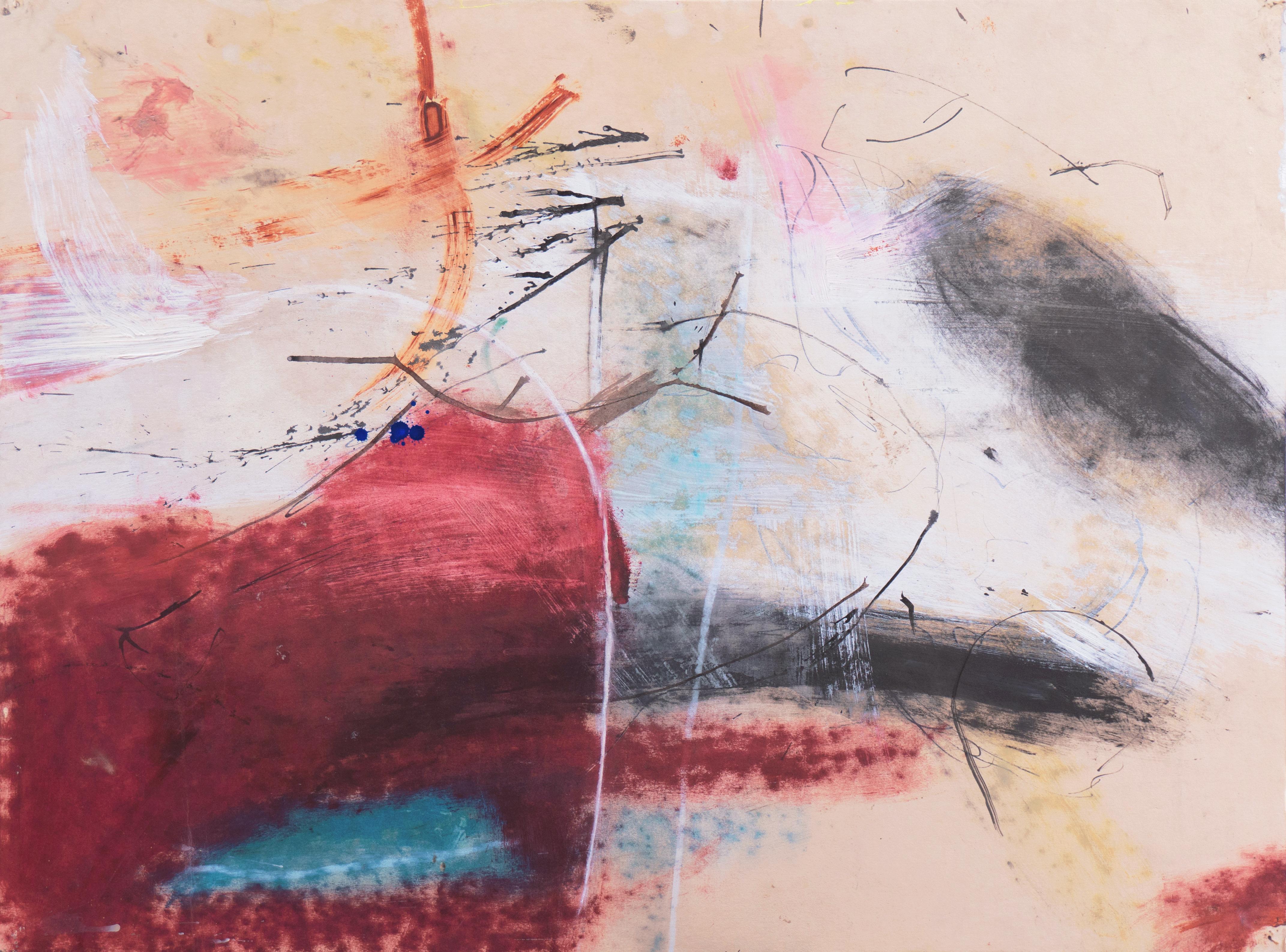 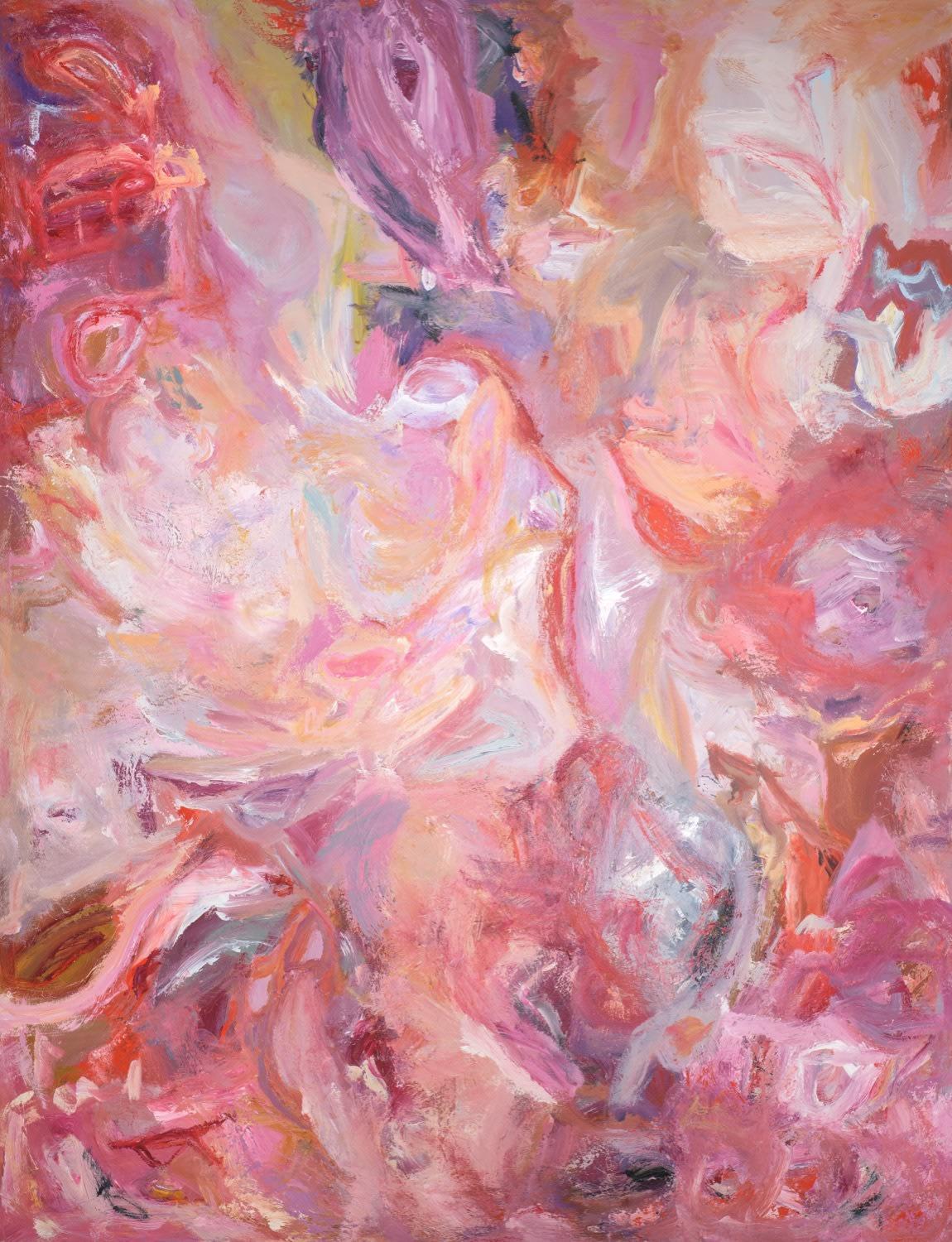 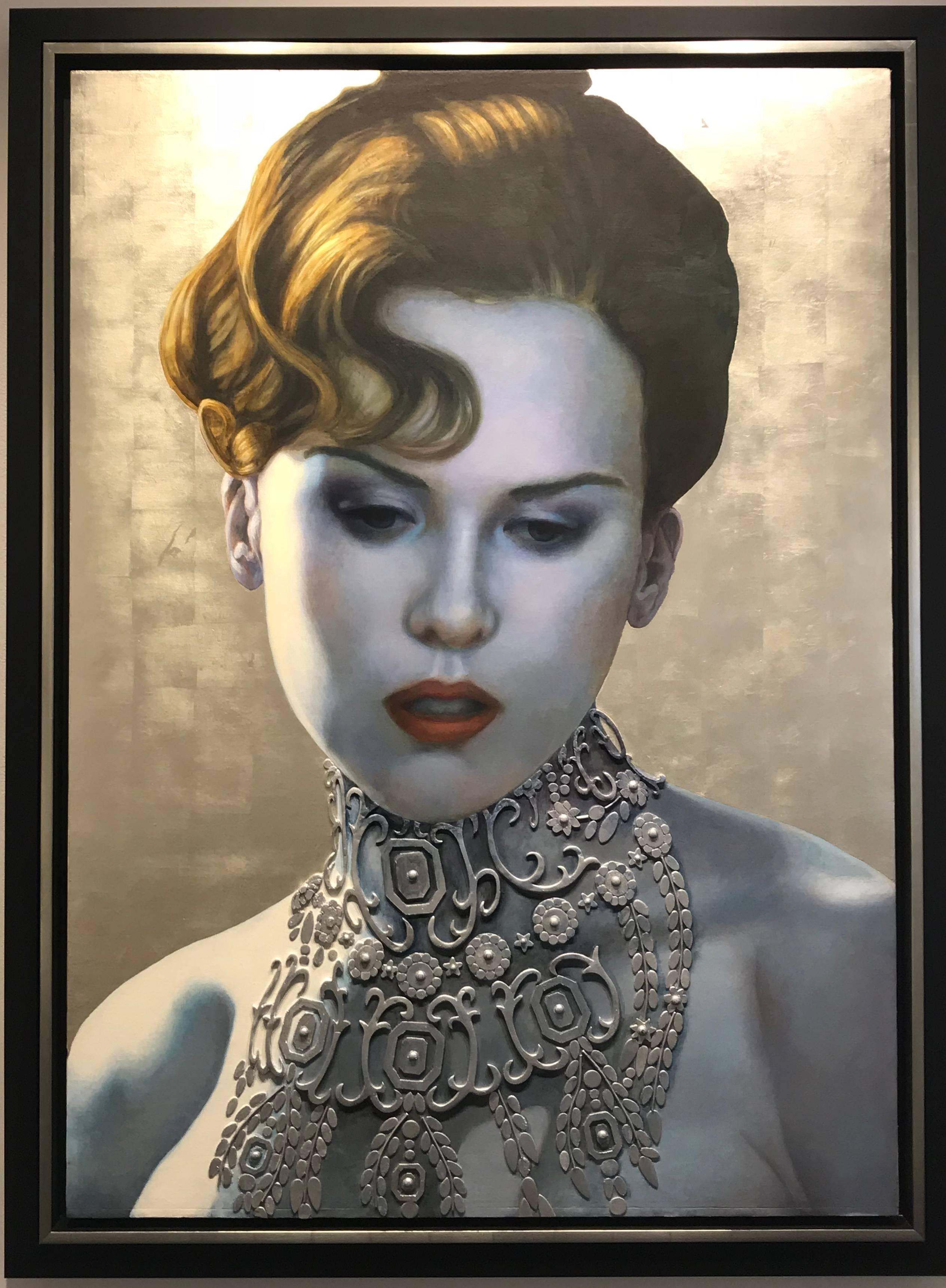 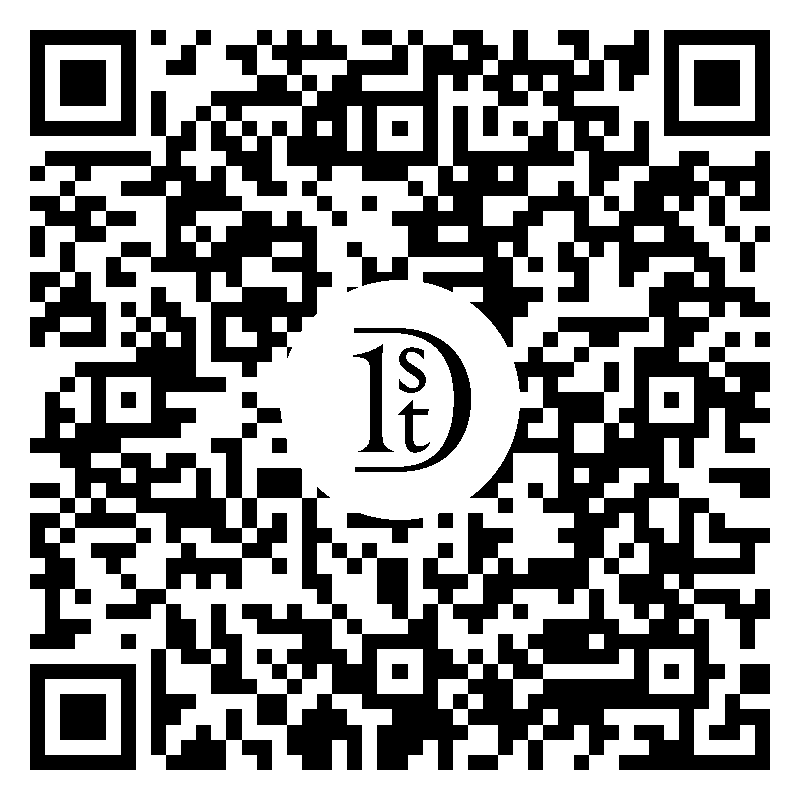 An artwork by Damien Hirst. "Overwhelming Love" is a contemporary mixed media piece, household gloss and butterflies in an orange palette by British artist Damien Hirst. The artwork is signed in pencil on the verso, "Overwhelming Love, Damien Hirst, 2008". A leading figure in the Young British Artists movement in the late 1980s and 1990s, Damien Hirst (born 1965 in Bristol, England) became controversial for his dead animal displays and spin paintings. Raised Catholic in Leeds, he had a well-pronounced dark side as a child, when he showed an interest in the gruesome aspects of life. In 1988, while studying art at Goldsmith’s College at the University of London, he assembled a ground-breaking exhibition featuring works by Fiona Rae, Sarah Lucas, and others, as well as his own. They became known as the YBAs, distinguished by their use of unusual materials and for their challenging art concepts. Advertising mogul and art collector Charles Saatchi started investing in Hirst’s work. Following his first solo show at London’s Woodstock Street Gallery in 1991, Hirst participated in the Young British Artists show at the Saatchi Gallery, famously exhibiting The Physical Impossibility of Death in the Mind of Someone Living, a 14-foot-long glass tank with a shark preserved in formaldehyde. At the 1993 Venice Biennale, he showed Mother and Child Divided, an installation that featured a bisected cow and her calf displayed in four vitrines, or glass cases, filled with formaldehyde. He won the prestigious Turner Prize in 1995. In 2007, he unveiled For the Love of God, a diamond-encrusted skull made of platinum. Many critics were less than impressed with this “celebration against death,” as Hirst described. Others marveled at the anticipated selling price of $100 million. Hirst continues to make new work and exhibit around the world. Provenance: Sotheby’s, London, Damien Hirst - Beautiful Inside My Head Forever, September 16, 2008 lot 140 Private Collection, acquired from above sale Private Collection, California 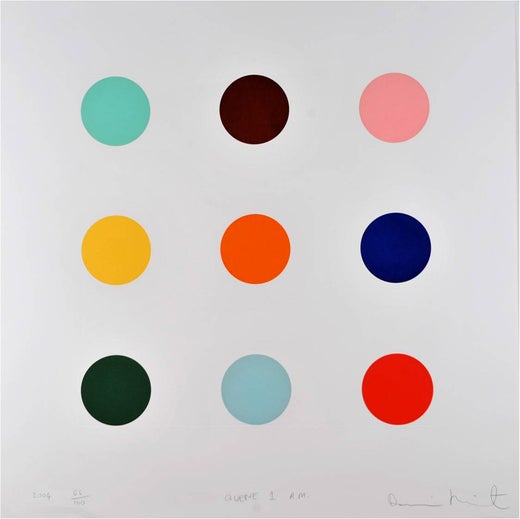 British artist Damien Hirst is widely considered the enfant terrible of contemporary art. He is the most prominent of the so-called Young British Artists, or YBAs, a group, largely composed of Hirst’s classmates at Goldsmiths, in London, that began exhibiting together in warehouses and factories after 1988 and is known for the use of unconventional materials and “shock tactics.”In the 1990s, Hirst said, “I can’t wait to get into a position to make really bad art and get away with it.” And indeed, he is notorious for piquing critics and baffling the public with such pieces as his signature glass vitrines containing dead sheep or sharks in formaldehyde, and his diamond-encrusted skull, For the Love of God.Working primarily in sculpture, Hirst takes after French modernist master Marcel Duchamp in his use of ready-made objects and materials, which he combines to ironic effect. He often creates in series, as with The Cure (Violet) and The Cure (Turquoise), both from 2014, which are among several pill paintings referencing Andy Warhol’s embrace of mass production. Belonging to his ongoing series of “spot” paintings, begun in the 1980s, the 2005 piece Xylene Cyanol Dye Solution is striking for its machinelike, industrial uniformity and almost childlike simplicity, a seeming rebuke to the idea of the artist-as-genius.In addition to making art, Hirst has launched stores that sell editioned works (Other Criteria), a restaurant (Pharmacy2) and even his own London museum (Newport Street Gallery).Find Damien Hirst paintings, prints and other works on 1stDibs.

In a Spin, the Action of the World on Things, Vol. II
By Damien Hirst
Located in San Francisco, CA
Household paint on cloth with screenprinted text mounted on board This unique “spin painting” was created for use as the portfolio cover for the album of the same title (an album of...
Category

Price Upon Request
PHARMACY (side plate)
By Damien Hirst
Located in New York, NY
This is an incredibly rare and highly collectable Damien Hirst Pharmacy Side Plate. It is in very good condition with no chips or cracks. This plate was used in his Pharmacy restaura...
Category