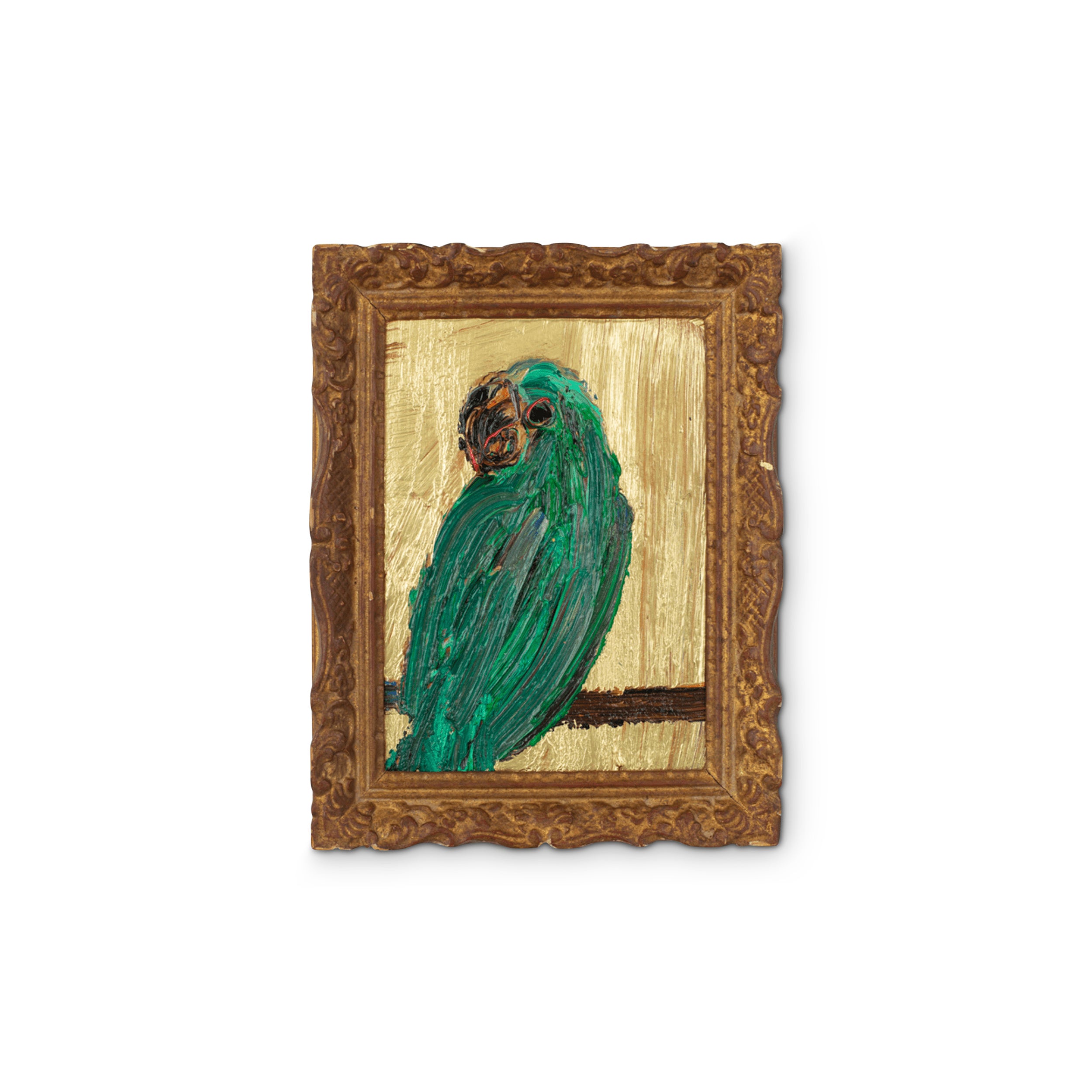 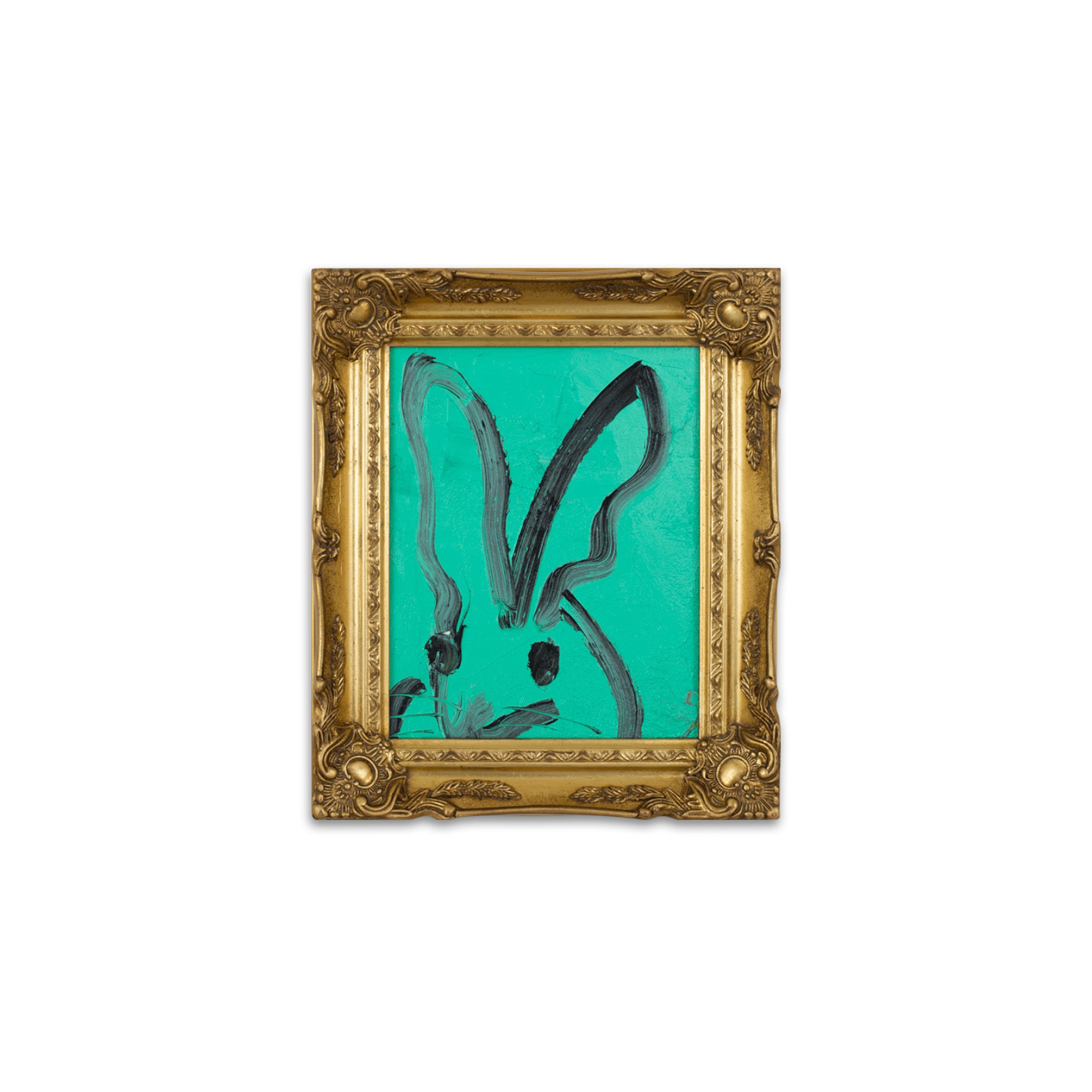 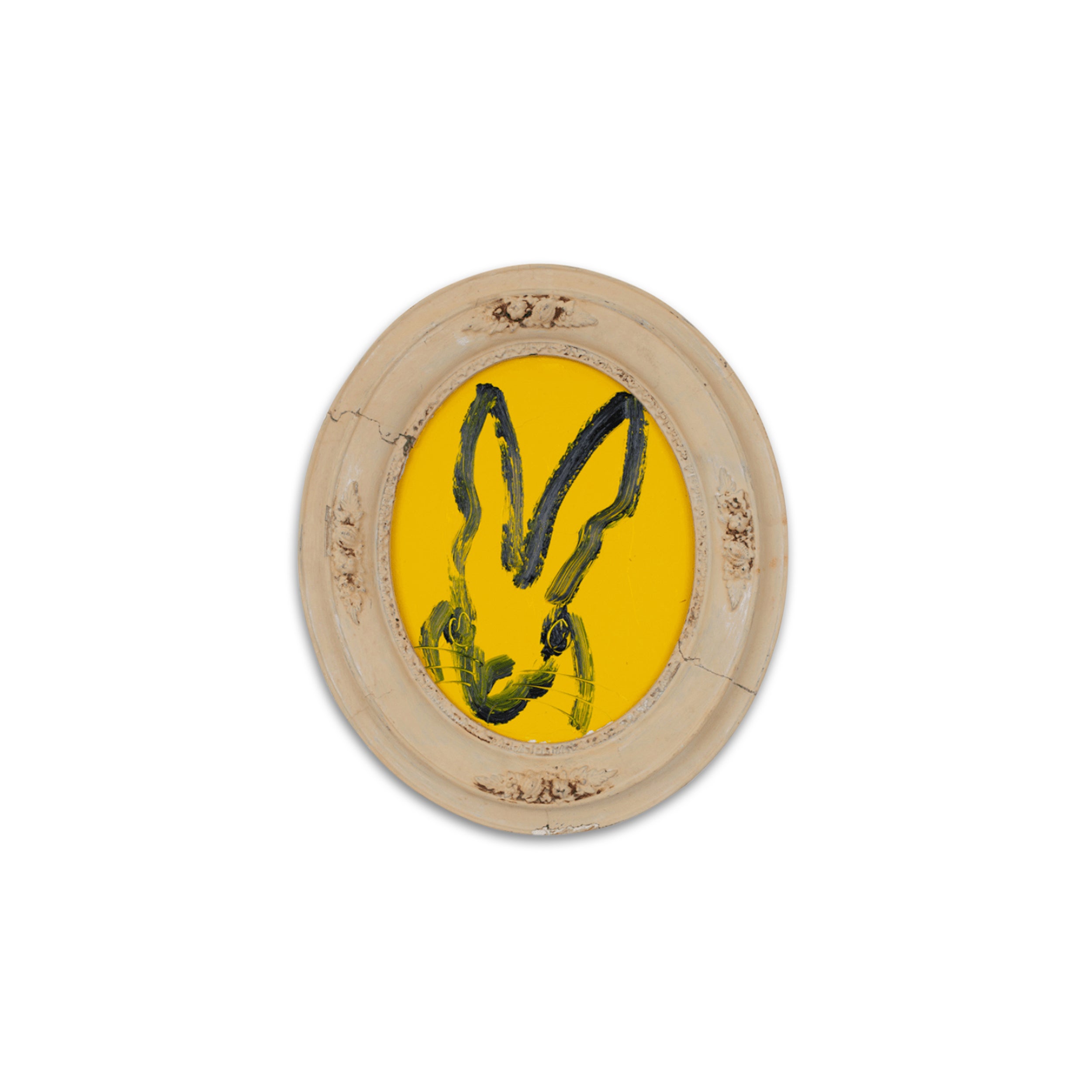 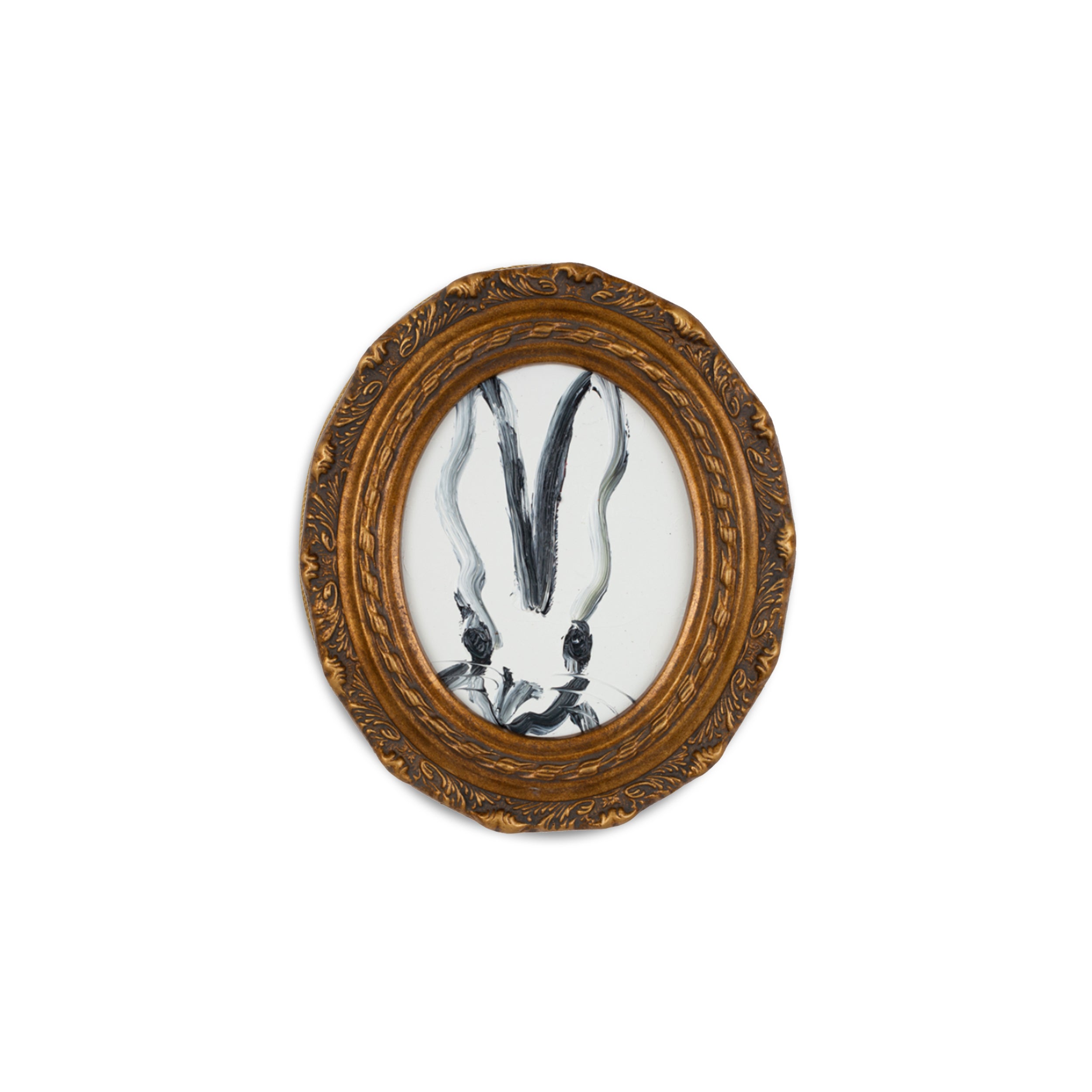 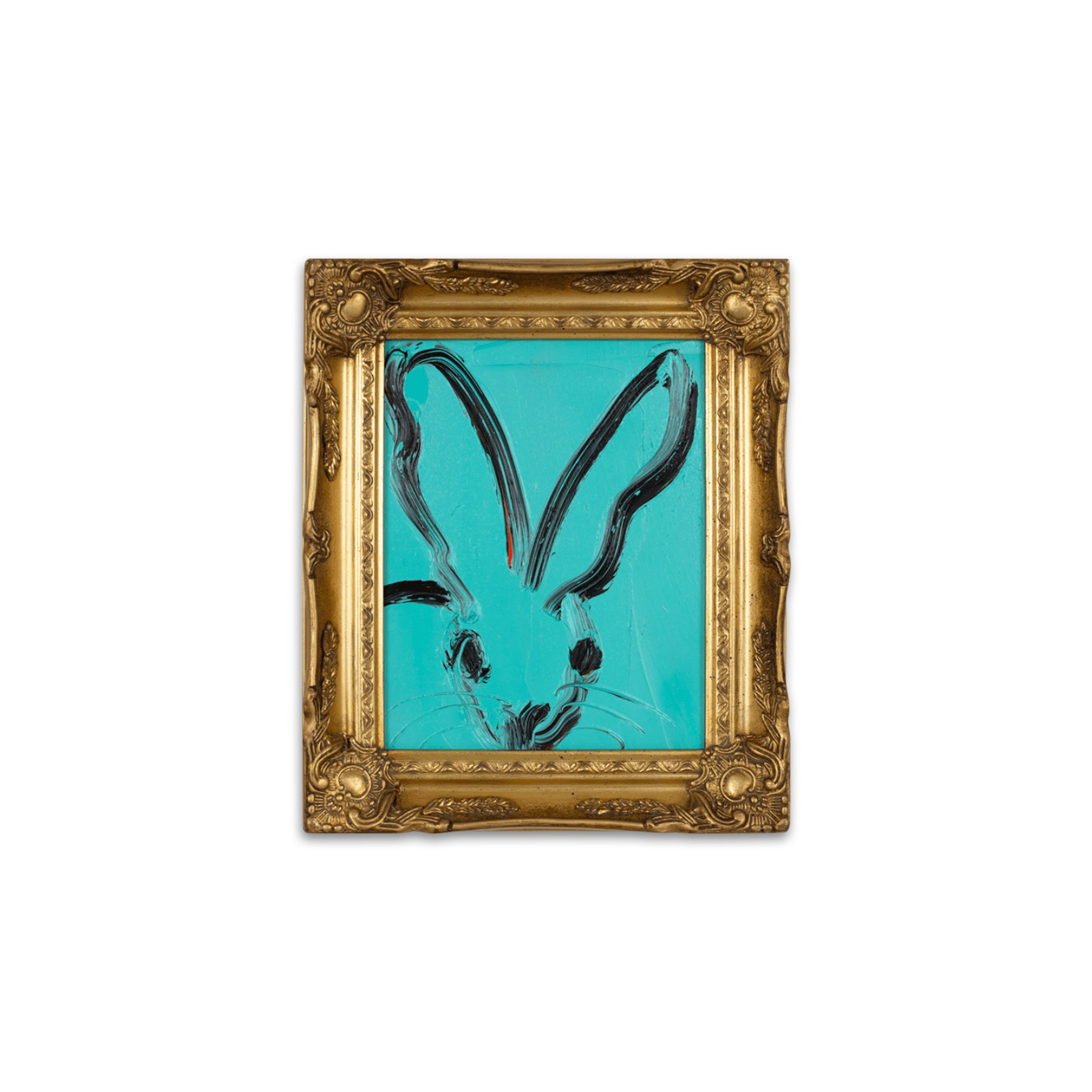 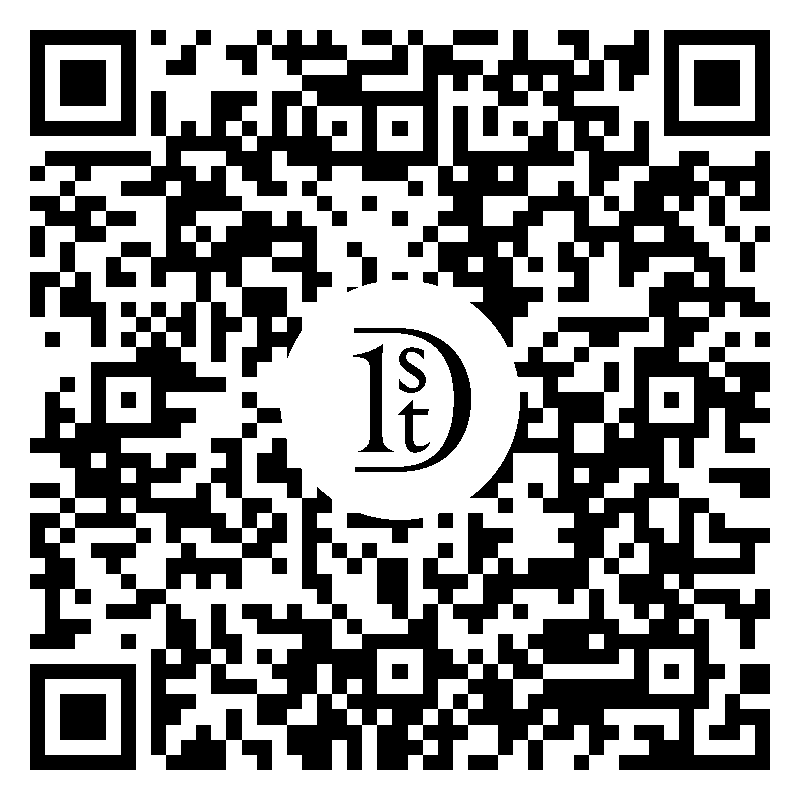 'Monarchs' by Hunt Slonem, 2020. Oil on wood, 10 x 8 in. Framed size is 16 x 14 in. This painting features a charming portrait of two Monarch butterflies. The butterflies are painted in orange and black on a deep blue background with a cross-hatch texture. Framed in a gold accented frame. Considered one of the great colorists of his time, Slonem’s neo-expressionist paintings feature an exuberant and bold, fauvist palette to emphasize his beloved subjects. Through the application of lavish, lush colors, Slonem’s painterly style continues to be fresh and innovative bordering on Pop Art aesthetics. Depicting his signature motifs of repeating whimsical animal imagery, the artist’s devotion to nature and its inhabitants are apparent. Hunt's fascination with butterflies started as a young child and has continued throughout his adult years. It has taken on a spiritual significance in the form of transcendence and has become a signature and popular image for his work. Born in Kittery, Maine in 1951, Hunt Slonem graduated with a Bachelor of Arts degree in Painting and Art History from Tulane University in New Orleans, Louisiana. Slonem later attended the prestigious Skowhegan School of Painting and Sculpture in Maine, where he was exposed to influential artists from the New York area including Alex Katz, Alice Neel, Richard Estes, Jack Levine, Louise Nevelson and Al Held. This exposure played a pivotal role in Slonem’s artistic career, as it aided in his decision to move to New York in 1973. Since 1977, Slonem has had over 250 solo exhibitions at prestigious galleries. Museums, both domestic and international, have collected his work, among them Solomon R. Guggenheim Museum, the Metropolitan Museum of Art in New York City, the Whitney, the Miro Foundation, and the New Orleans Museum of Art. His work has been exhibited globally, including in Madras, Quito, Venice, Gustavia, San Juan, Guatemala City, Paris, Amsterdam, Madrid, Stockholm, Oslo, Cologne, Tokyo, and Hong Kong. His work has been shown in thirty-one different museums including the Hunter Museum of American Art in Chattanooga, Tennessee, in 1981; the Museo Diocesano d'arte sacra Sant'Apollonia in Venice, Italy, in 1986; the Albany Museum of Art in Albany, Georgia, in 2007; the Istanbul Museum of Modern Art in Istanbul, Turkey, in 2007; Museo de Arte de El Salvador in San Salvador, El Salvador, in 2010; the National Gallery for Foreign Art in Sofia, Bulgaria, in 2010; the Alexandria Museum of Art in Alexandria, Louisiana in 2011, the Polk Museum of Art in Lakeland, Florida in 2012, the Moscow Museum of Modern Art in 2015, and the Russian State Museum in St. Petersburg, Russia in 2017, among others. 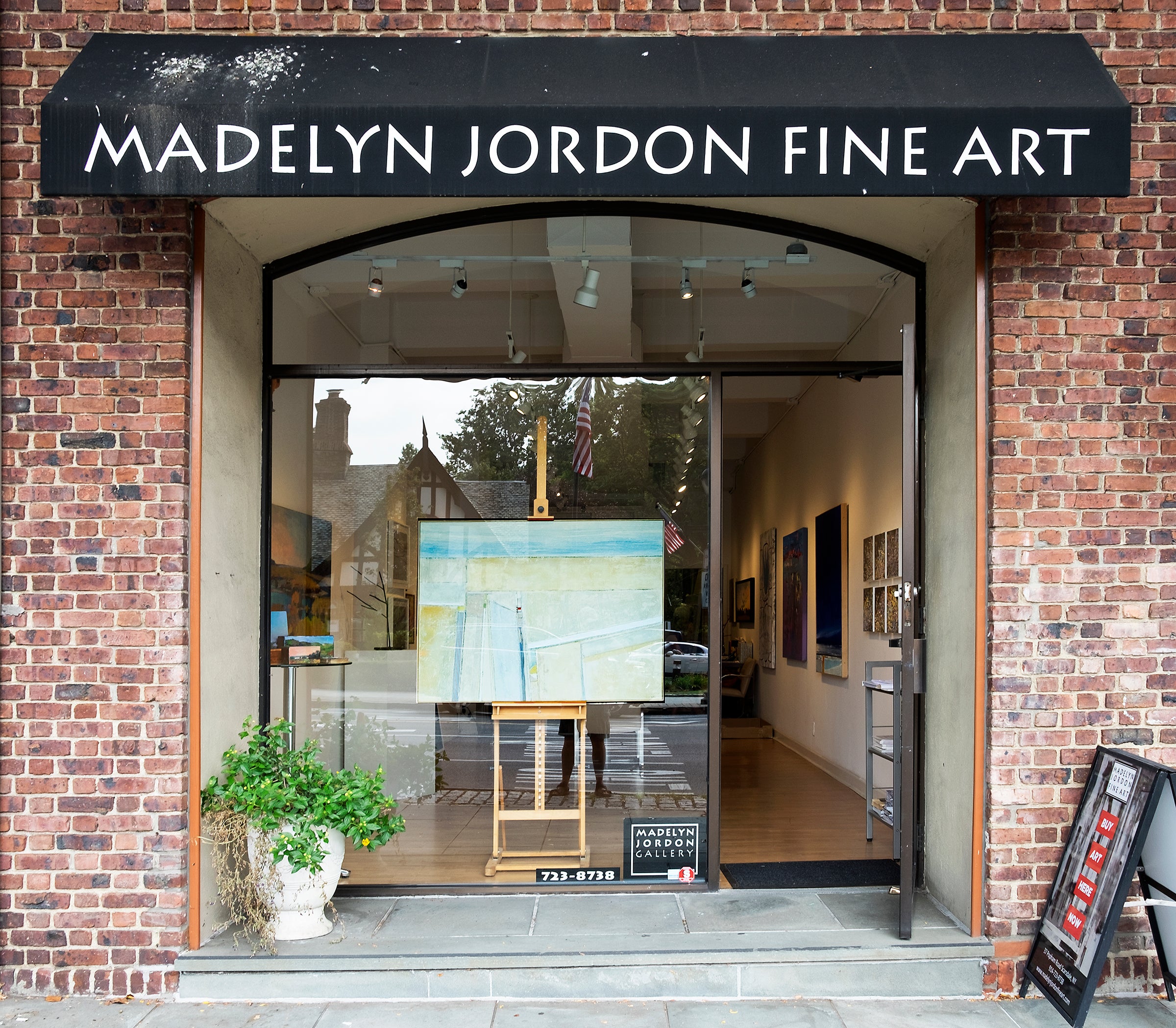