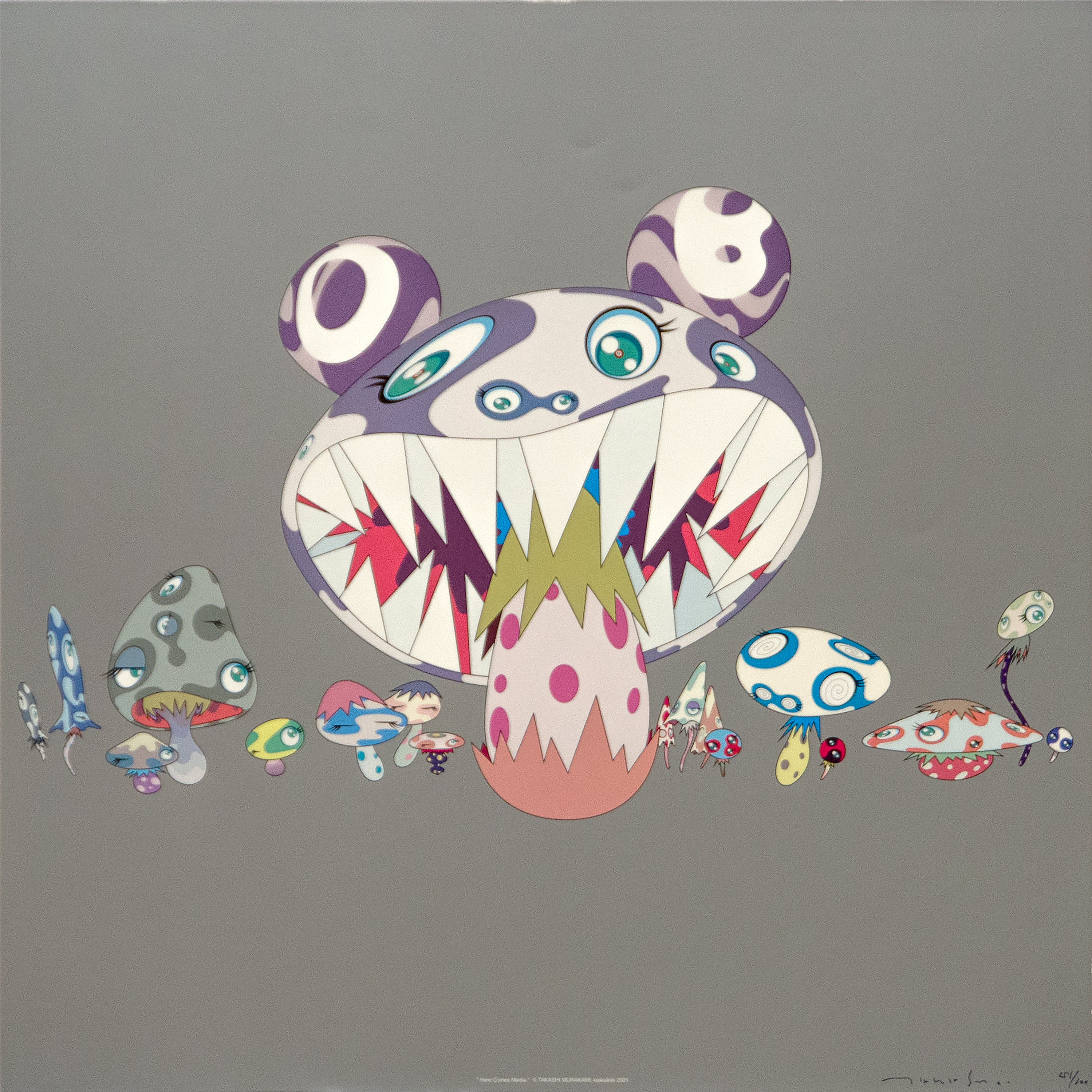 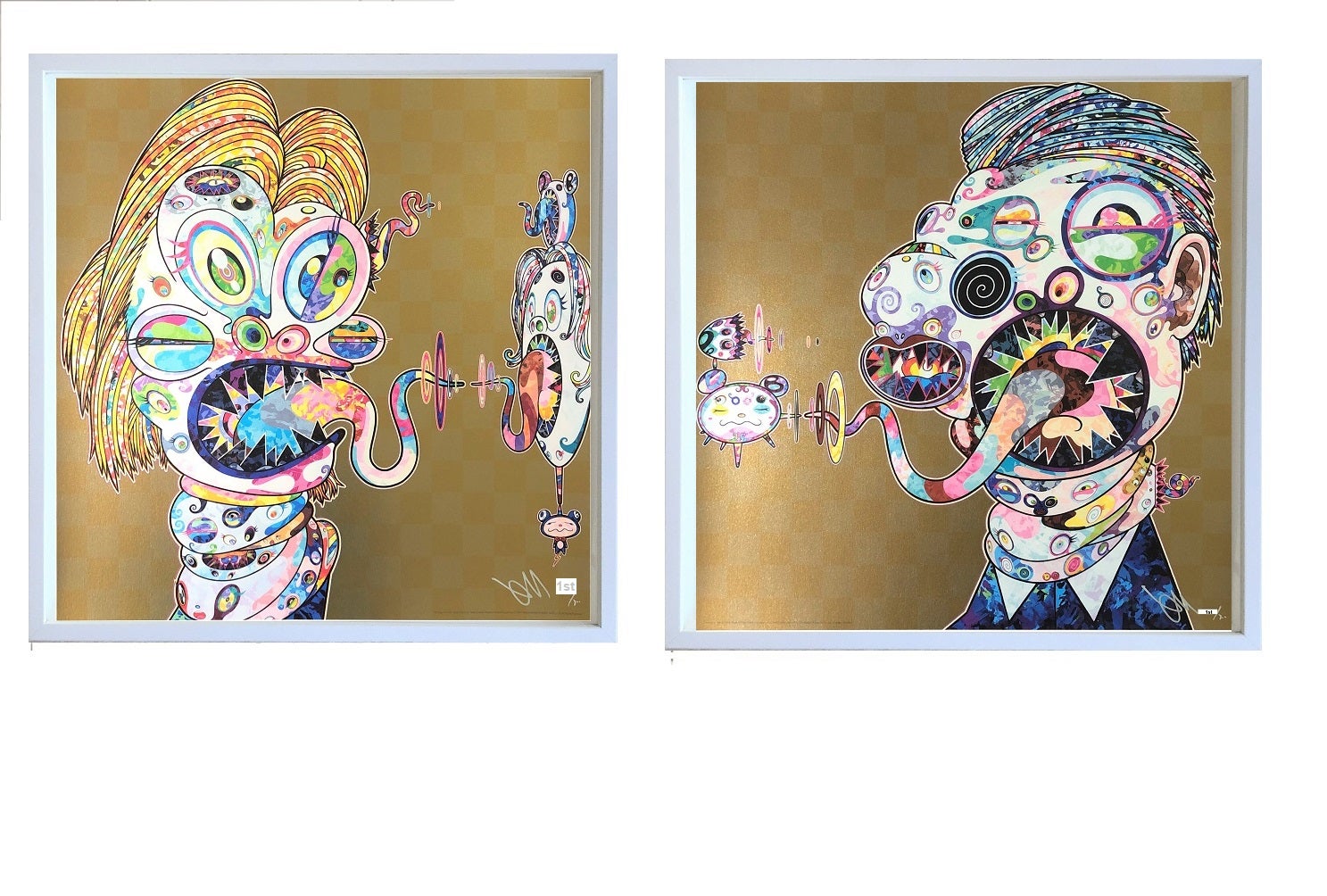 Takashi Murakami - When Robbed of Four Limbs, Against All Odds, The Heart is Set Free 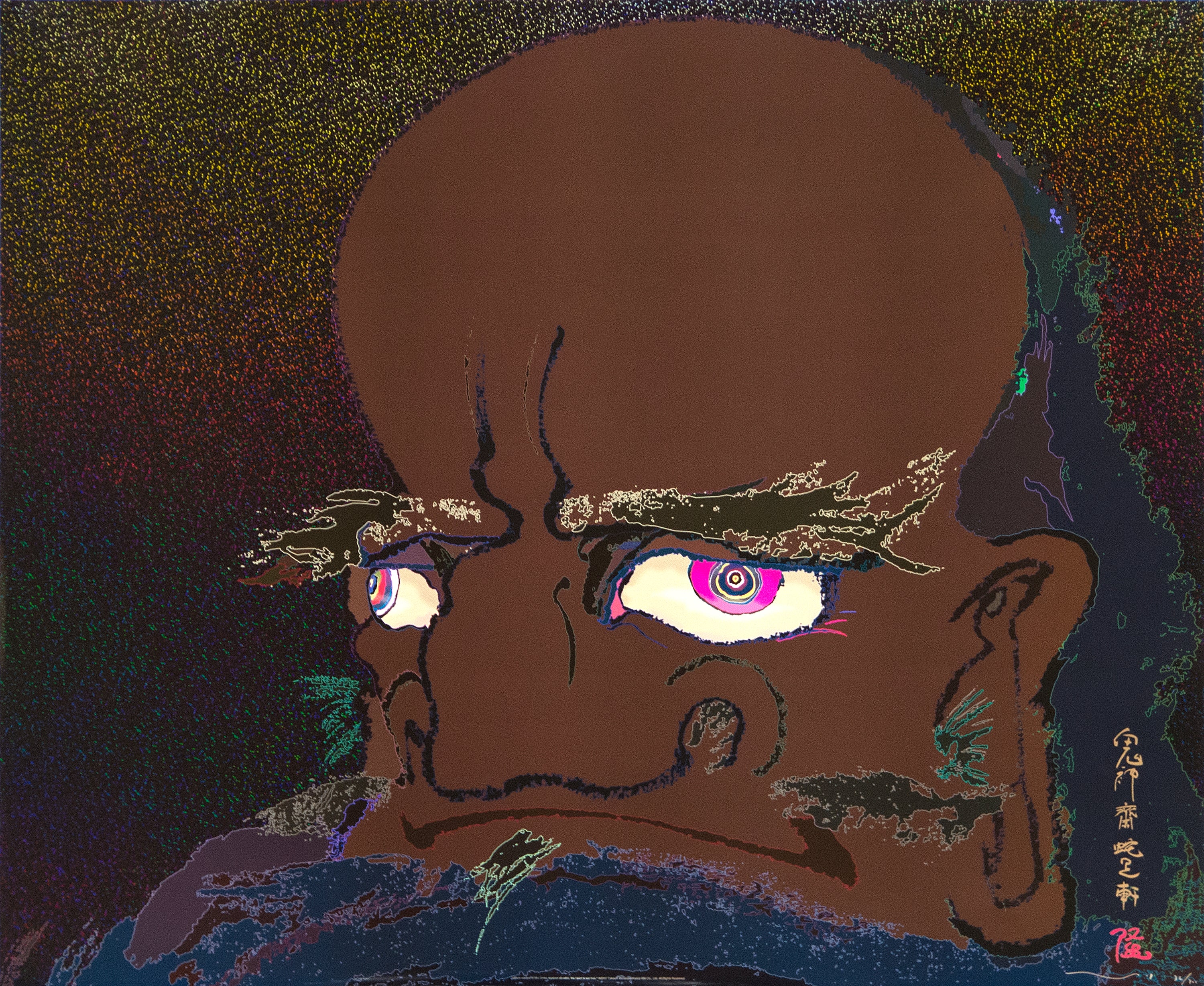 Takashi Murakami - In The Hearts Eye, A Universe 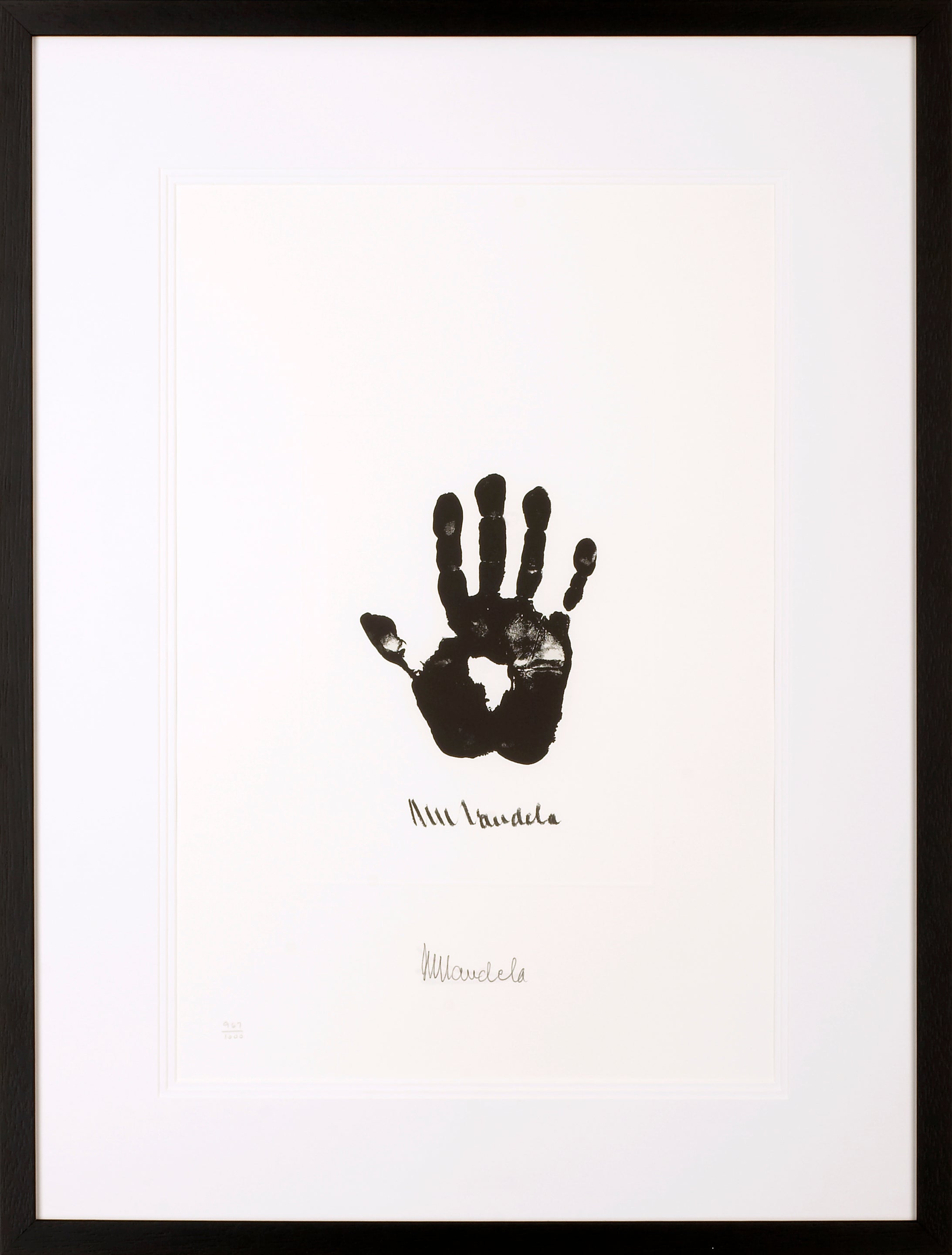 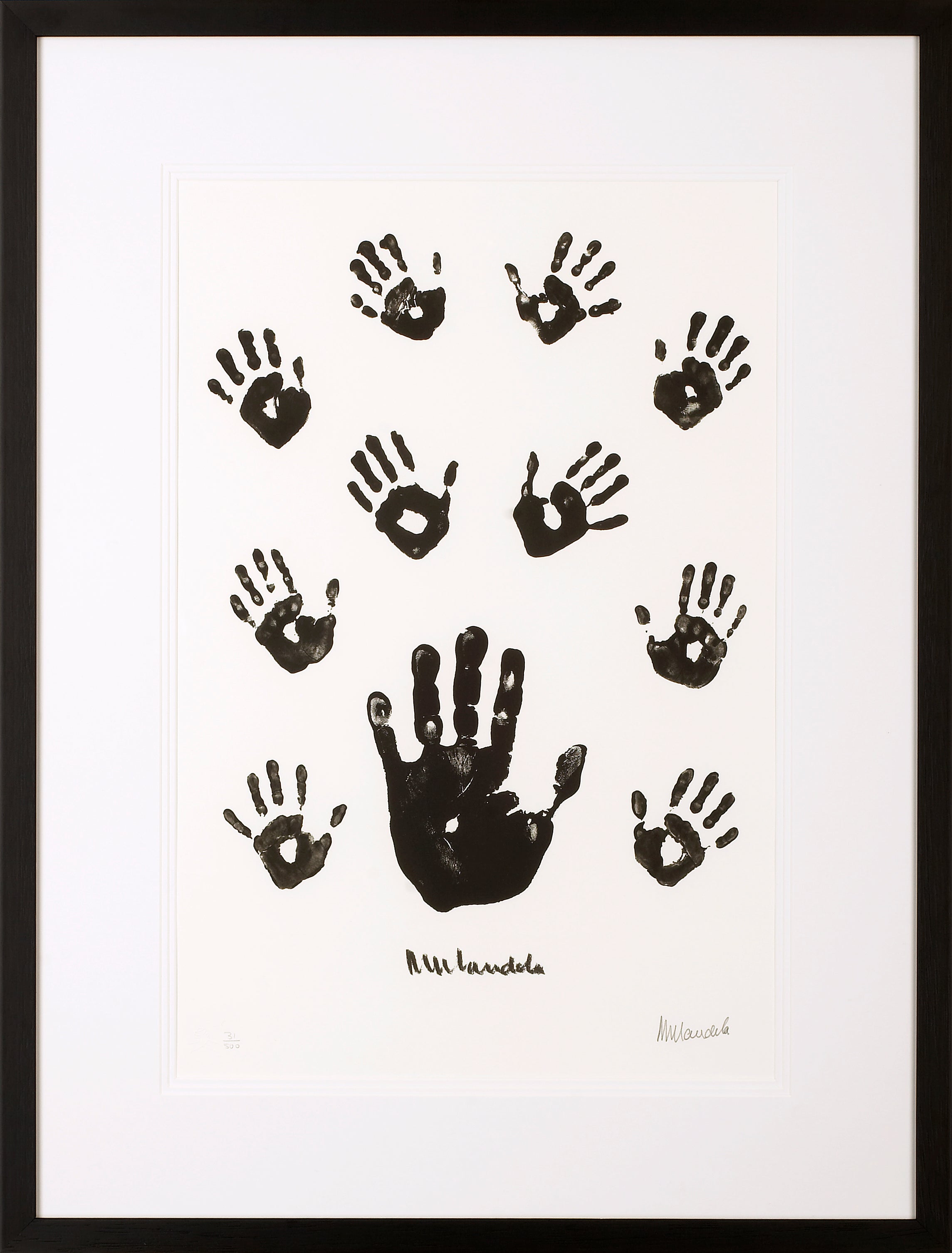 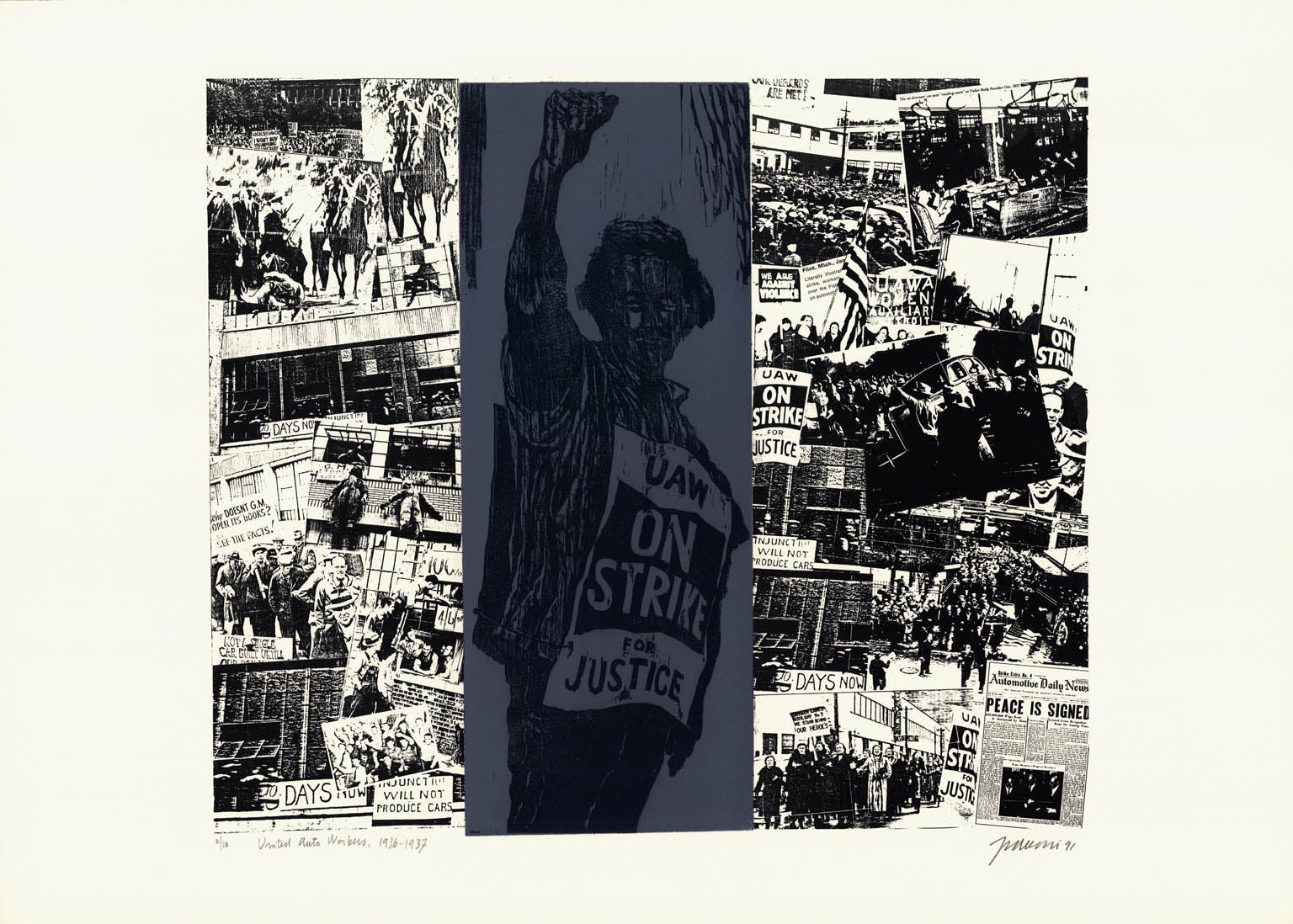 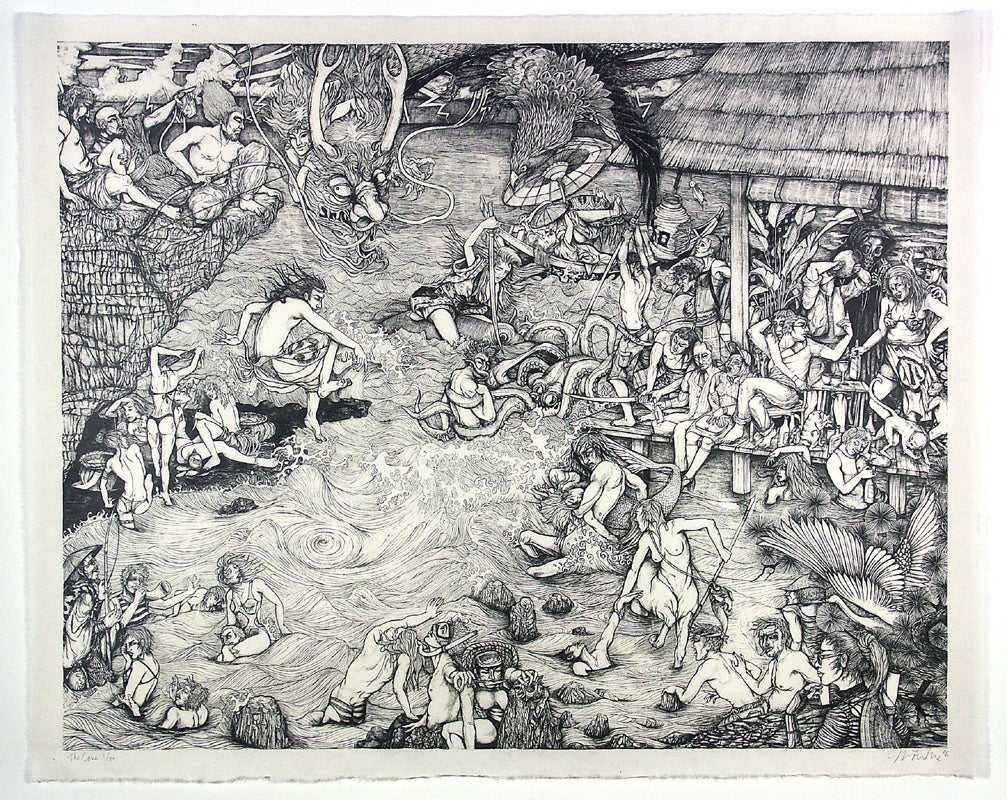 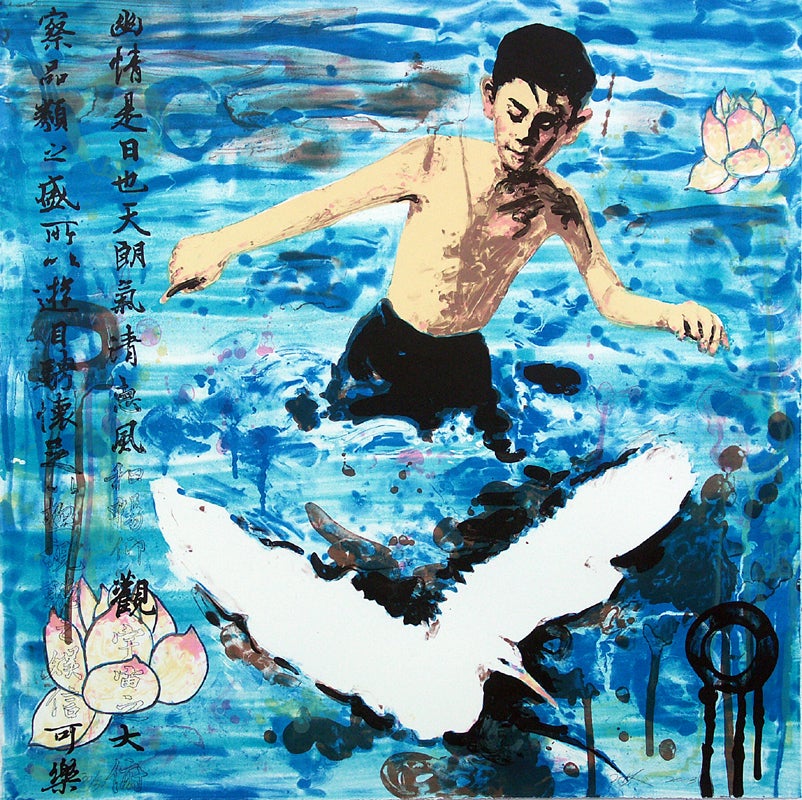 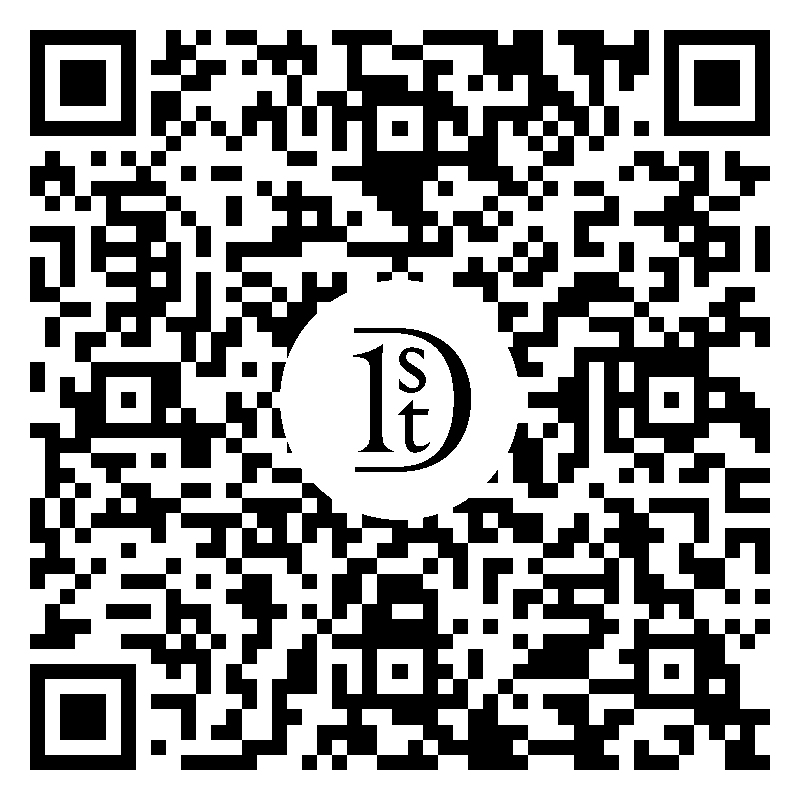 A beloved image by the artist, Takashi Murakami created Flower Ball Pink as an offset lithograph in colors in 2007.  The artwork is hand-signed and numbered, measuring 28 in. (71 cm) round, from the edition of 300.

Japanese contemporary artist Takashi Murakami (b. 1962) may be famous among collectors for his psychedelic flowers and chaotic cartoons, but artists likely know him as the theorist behind the contemporary art movement he calls “Superflat.”

Partially inspired by the Pop art of Andy Warhol, in which celebrity culture and mundane mass-produced items became the focus of bright and colorful works that both celebrated and criticized consumerism, Murakami’s Superflat encompasses painting, sculpture, digital design and more to present a subversive look at consumerism but is also an effort to blend fine art and lowbrow culture. A multifaceted and remarkably influential artist, Murakami has collaborated with brands such as Louis Vuitton, while one of his most famous Superflat works is the teddy bear on the cover of the Graduation album by American rapper Kanye West.

About the Seller
5 / 5
Located in New York, NY
Vetted Seller
These experienced sellers undergo a comprehensive evaluation by our team of in-house experts.
Established in 2009
1stDibs seller since 2014
234 sales on 1stDibs
Typical response time: 15 hours
More From This Seller
View All From Seller

$6,500
Murakami print - Set of Two (2) prints in gold - sold unframed
By Takashi Murakami
Located in Los Angeles, CA
These are original Murakami Takashi prints, that are signed and numbered out of 300 editions. Sold as a set, unframed. Title: "Homage to Francis Bacon, Study for Head of Isabel Raws...
Category

Takashi Murakami
When Robbed of Four Limbs, Against All Odds, The Heart is Set Free, 2007

Takashi Murakami
In The Hearts Eye, A Universe, 2007

$5,000
Hand of Africa - Mandela, Former South African President, Signed Artwork, Hand
By Nelson Mandela
Located in Knowle Lane, Cranleigh
Nelson Mandela, Hand of Africa, Signed Limited Edition Lithograph Many people are unaware that Nelson Mandela turned his hand to art in his 80's as a way of leaving a legacy for his ...
Category