Aaron Perkins Chikumbirike is a contemporary Shona stone sculptor. Born in Wedza District, Zimbabwe on the 29th of August 1951, Aaron Chikumbirike is the eldest son in a family of 10 brothers, some of whom are among the leading artists of Zimbabwe. Educated at Saint Anthony’s Primary School, Saint Mary’s and Saint Robert’s Secondary Schools, Chikumbirike started carving sculptures as a hobby and became a full time sculptor soon after leaving school in 1969. An artist who is successful in mixed media sculpture using stone types including opal, cobalt, springstone, verdite, serpentine and jade, he owes his success to his imagination and to his own creativity. His works are all very original. Chikumbirike has served with some leading galleries, including the Tengenenge Sculpture Village and the Chapungu Sculpture Park in Harare. His work has been exhibited in and outside of Zimbabwe including The Zimbabwe Annual Heritage in 1991 and 1993. Aaron Chikumbirike has pieces in the National Gallery’s overseas permanent collections and is a member of the National Gallery of Zimbabwe. A Christian who boasts his life outside crime, Chikumbirike is an oral historian. A member of the Mbire group who prides his totem, the baboon, he is well known for counselling and telling tales of fun. Chikumbirike is married and has four children. He has passed on knowledge of his art to his children, who also bear a promise of success. 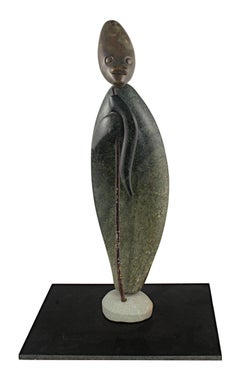 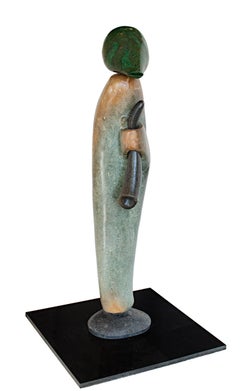