André Collot was a French painter, engraver and illustrator. Prolific, known for his pampering and erotic book illustrations by Pascal Pia in 1931. He exhibited at the Salon d'Automne and Salon des Artistes Independents in 1942 and 1943. Before and after the Second World War, he produced a large number of illustrations, sometimes for undated works and edited clandestinely. Boaters and lovers of maritime literature do not forget that he was the friend and the crew of the writer Jacques Perret which he illustrated in many books. He also published in 1964, under his name and prefaced by Jacques Perret, a little pamphlet of advice to boaters, The Pipes of the Seaman, whose serious advice was enhanced by the humor of his drawings.

(Biography provided by Wallector)
Applied Filters1 result
Artist:André Collot
to
1
Item Location
1
Height
to
Width
to
1
1
1
10,871
2,536
2,470
1,905
1
Thoughtful Man - Original China Ink Drawing by A. Collot - 1870s
By André Collot
Located in Roma, IT
Thoughtful Man is an original artwork realized in the 1970s by the artist André Collot. Original pen marker drawing on paper. This artwork represents a man walking with his head d...
Category 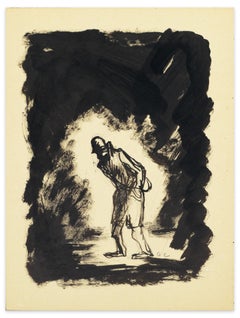 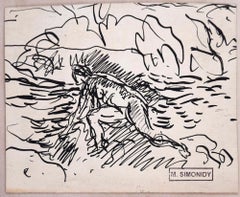 The Devotee - Original Ink Drawing and Watercolor by J.J. Grandville
By J. J. Grandville
Located in Roma, IT
Category 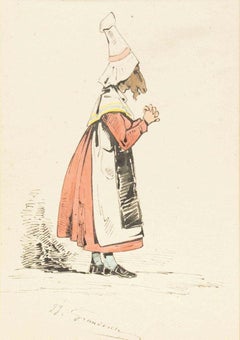 Touareg - Original Ink and Charcoal by Rico Lebrun - 1941
By Rico Lebrun
Located in Roma, IT
Category