Bartolome Estades Sastre, called Tomeo by his friends, currently resides in Palma de Mallorca. He was in one of the last graduating classes of the Mediterranean School of Arts headed by Joaquin Torrents Llado. He also studied with the Catalan painter Charles Got.

Having more than 20 shows to his credit, the most important thing to Sastre is not the show but the finished work. Showing his finished products is the part of being an artist that Sastre loves. His work was received with critical acclaim by way of a silver medal in 1985 in Palma's Salon de Otono exhibition and circa 1991 a prize known as "Tall de Vermadors de Binissalem." He was also selected to show his work in the biannual Paintings of Baleares.

In Sastre's work we perceive something more than mere nostalgia, but a sensation of the immediate. The subject of choice, Mallorca and the Mediterranean, is what Sastre captures in his works. Something that pertains to his life like a palpable reality: the Mallorca that Adam Diehl imagines in the garden of the Fomentor Hotel; the Mallorca that Robert Graces and Adam Silltoe yearned for in the unending evening vigils of wine and poetry; the Mallorca that Jorge Luis Borges dreamed of as he wrote his poetry from the Grand Hotel. It is a pleasure to view Sastre's thoroughly explored landscape paintings that harmonize nature's darks and lights. The allurement of the mirror quality he gives his reflections brings a calm over the senses; a fleeting moment captured in oil. 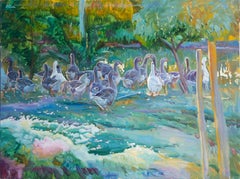 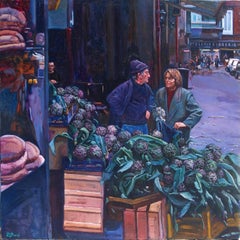 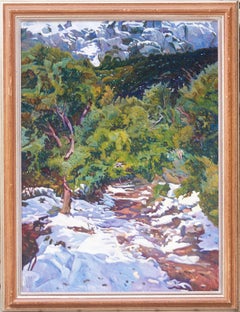 The Cigarette
By Bartolome Sastre
Located in Austin, TX
Category 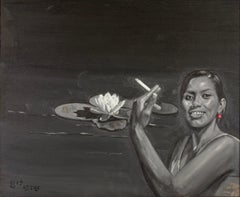 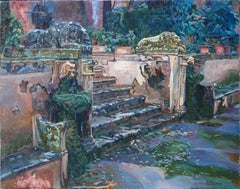 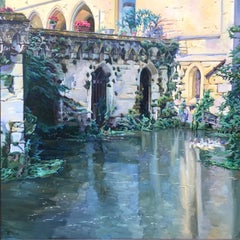 The Cigarette
By Bartolome Sastre
Located in Austin, TX
Category

Bluff on the Creek
By Morris Walton Leader
Located in Austin, TX
Category