Carl Ludwig Frommel is a German landscape painter and engraver, who began his artistic career studying at Karlsruhe, under F. J. Becker and Haldenwang. He visited Paris and earned a considerable reputation in Italy between 1812–17. He was appointed professor at Karlsruhe where he founded the Society of Art and Industry. After a visit to London in 1824 to acquaint himself with the technique of steel engraving, he opened a studio, with Henry Winkles at Karlsruhe. From 1830–58, he was a director of the gallery, which flourished. 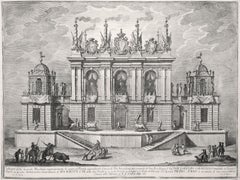