The 20th century saw Christofle adapting to changing tastes in its offerings, such as the Aria collection, which debuted in 1985 with column-like lines on its flatware designed by Bernard Yot, and the playful egg-shaped silverware container introduced in 2015 that opens to reveal a full flatware set. The company also now sells barware, home accessories and even jewelry, harkening back to its roots. Now almost two centuries old, Christofle maintains its reputation as a leading flatware and silverware company under the ownership of the Chalhoub group, its utensils gracing tables in homes, hotels and restaurants around the world.

Applied Filters1 result
Creator:Christofle
Dealer:Trianon Antiques
1
to
Item Location
1
1
1
1
1
1
1
1
1
1
1
1
1
4
1
1
1
1
Christofle Silvered Candlestick Lamp in the Baroque Style
By Christofle
Located in Charleston, SC
French Louis XIV style silvered candlestick by Christofle, converted to a lamp, with a new pleated silk shade. The base of the candlestick is stamped with the shield and rooster mark...
Category 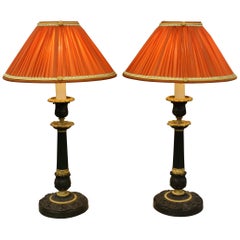 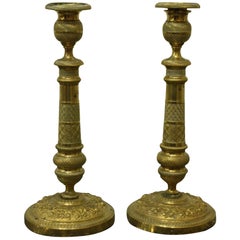 Pair of Pineapple Lamps with Metal Shades in the Style of Jansen or Charles
By Maison Jansen, Maison Charles
Located in Charleston, SC
Category

Previously Available Items
Rare Christofle Champagne Bucket on Stand
By Christofle
Located in Charleston, SC
An Art Deco-inspired silver-plate wine bucket by Christofle on a silvered-plate and mahogany stand. The bucket's handles are enameled. It is very difficult to find a Christofle buc...
Category