Giorgio Lo Fermo is an Italian painter and sculptor. He was born in Sicily in 1947, but has lived and worked in Rome since the mid-1960s. He studied at the School of Arts and Crafts of San Giacomo and then Sociology of Art at the University of Rome. His innovative style took form in the ‘70s, in the stimulating atmosphere of the new Rome, re-born through the creative vitality of Fellini and Rossellini. Lo Fermo’s style is a studied symbolic elaboration of varying rhythms, in which objectivity and logic give way to a liberal expression of the dynamic content. His concept is reanimated in color and in aesthetics, which take kinetic paths toward both reality and fantasy, connecting themselves intimately with experience and interior tension. During his career, Lo Fermo has participated in international exhibitions in New York (1992), Stockholm (1992), Budapest (1992/1993), Hong Kong (1994) and in the “International Art Competition” of New York in 1995. He won several important recognitions and awards like the Italian Art Leader Award ’92, the Art and World Prize of Hong Kong in 1994 and he was also nominated member of the Accademia Internazionale Greci Marino. The major galleries in Rome, such as A. Consorti, Gradiva, Babuino and Yanika exhibit his canvases and his work is held in private collections both in Europe and in America. 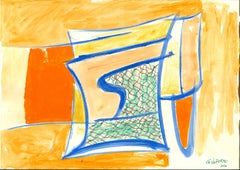 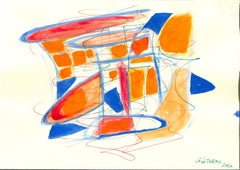 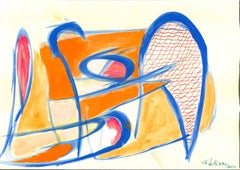 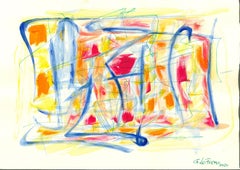 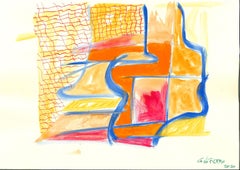 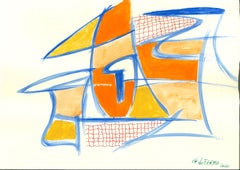