Hebru Brantley is a contemporary painter and sculptor whose work touches on onerous subjects that is playful to the viewer, by telling his stories through youthful characters and their adventures in a comic book-style. Inspired by his childhood as an African American in 1980s Chicago, Brantley’s work can be described as an infusion of contemporary pop art with Japanese anime and the bold aesthetics of street art pioneers Jean-Michel Basquiat, Kaws and Keith Haring. While spray paint is often at the forefront of his mixed-media illustrations, Brantley utilizes a plethora of mediums from oil, acrylic and watercolor to non-traditional mediums like coffee and tea. Describing himself as an Afro-futurist, Brantley’s energetic narratives combine realistic events with imaginative, fantastical fiction, to create fragmented compositions that evoke sentimental nostalgia and inspire confidence. 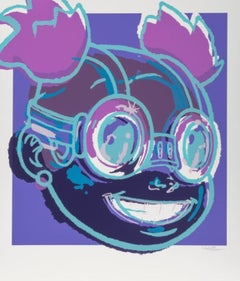 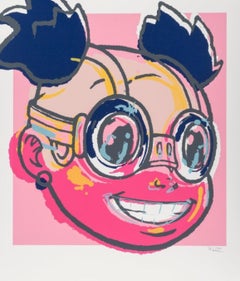 Save Stilettos
By Faile
Located in Hollywood, FL
Category 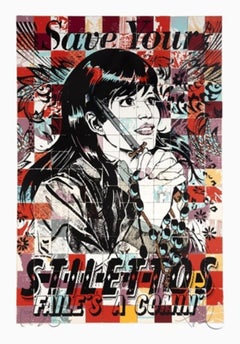 V As in Victor
By Michael Kagan
Located in Hollywood, FL
Category 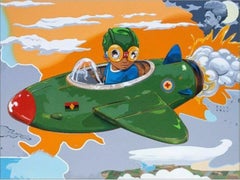 Hebru Brantley
When the Wind is at Your Back , 2020