John William Bailly is a French-American artist born in the United Kingdom. He received an MFA in painting and printmaking from Yale University and has been a faculty fellow of the Honors College at Florida International University since 2004. His work explores the random nature of information and the methods we employ to process it. Juxtaposing diverse data and multiple historical references, Bailly’s work strives for the viewer to reflect upon the manner in which they conceptualize realities. Bailly’s works have been exhibited at University of Maine Museum of Art, Patricia & Phillip Frost Museum of Art, John and Mable Ringling Museum of Art and Texas State University, as well as other venues in the United States and France. He was awarded the South Florida Cultural Consortium Fellowship for Visual and Media Artists and a State of Florida Individual Artist Grant. In 2007, Bailly and critically acclaimed poet Richard Blanco produced a collaborative project, Place of Mind. At FIU, Bailly founded the Aesthetics & Values project, an interdisciplinary curatorial program that has earned national recognition. He has been awarded two Excellence in Teaching awards and a European Union grant for course development. 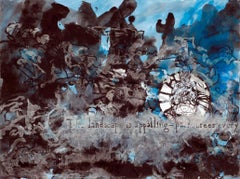 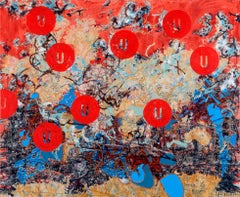 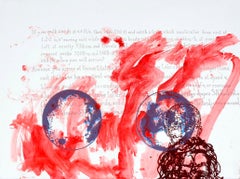 So Many Different Suns
By Sarah Hinckley
Located in New York, NY
Category

Sarah Hinckley
So Many Different Suns, 2007

Tomorrow Will Be Blue
By Sarah Hinckley
Located in New York, NY
Category

Sarah Hinckley
Tomorrow Will Be Blue, 2007