As an artist, Katherine Chang Liu is an anomaly. Her graduate degree in science did not prepare her to become the artist she is. Yet some fortuitous confluence of art, science and socio-cultural maturation — the threads from which the fabric of her art are woven; the stuff of life, which, though informed by reason, is by definition unreasoned — form the corpus of Liu's iconography. That is not to say that her art springs from some ethereal void.

Liu has studied art formally and informally all of her life, leading to grants from the National Endowment for the Arts and the Virginia Commission of Arts and Humanities, to name only two of her long list of achievements. Additionally, she has been a museum co-curator, lecturer and teacher of considerable international influence. Katherine grew up in Taiwan in a more or less traditional Chinese family. But in the postwar period of her youth, the tradition began to give way to "modernization," one consequence of which was to substitute the ballpoint pen for the ancient calligraphic brush, the primary instrument of poetic and aesthetic expression in Chinese culture. The noted curator J.S.M. Willette observed that Liu's painting/collages "have a component beyond expressionistic marking: they are resolutions of her Eastern heritage and Western training." The ancient Tibetan Lama Sumpo Khempo wrote that "since art embodies the mind, body and spirit, it must in truth be understood to be the highest form of learning." Katherine Chang Liu has learned well. 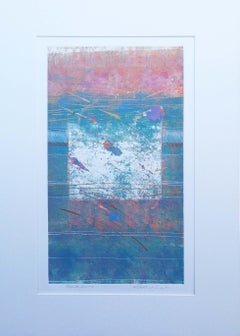 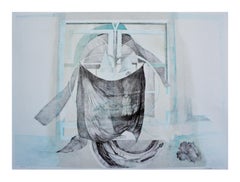 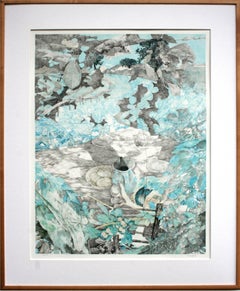 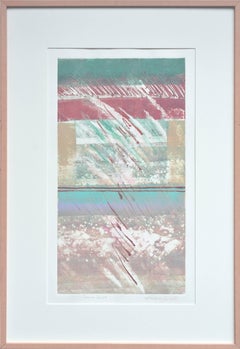 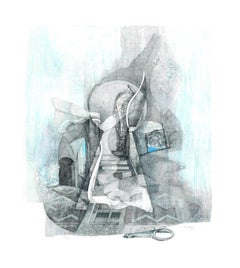 Ribbons and Bamboo - Silkscreen Augmented with Copper and Gold Leaf
By Patricia A. Pearce
Located in Soquel, CA
Category

Patricia A. Pearce
Ribbons and Bamboo - Silkscreen Augmented with Copper and Gold Leaf, circa 1980