The name Oscar de la Renta is synonymous with enduring originality in fashion, and his work deeply influenced other designers throughout the latter half of the 20th century. Vintage Oscar de la Renta evening dresses and gowns — which often feature ruffles, dazzling prints, vibrant colors and dramatic silhouettes — exude elegant sophistication and femininity, while his exquisite scarves and shoes rounded out his sought-after collections.

De la Renta was born in the Dominican Republic in 1932. He was the youngest of seven children, the rest of whom were girls. At the age of 18, he left home for Madrid and studied painting at the San Fernando Royal Academy of Fine Arts. A natural talent for illustration earned him an apprenticeship with the legendary Spanish fashion designer Cristobal Balenciaga.

In 1961, de la Renta visited Paris, where he was hired as a couture assistant at Lanvin. Less than two years later, he moved to New York City. He designed a ready-to-wear collection for Elizabeth Arden and partnered with Jane Derby. He also began designing dresses for First Lady Jacqueline Kennedy. When Derby died in 1965, the label was named after de la Renta (he took full control in the 1970s). Shortly after, he married an editor-in-chief of French Vogue, Françoise de Langlade, whose own career in fashion began at Elsa Schiaparelli’s fashion house.

De la Renta served as president of the Council of Fashion Designers of America from 1973–76, and again from 1986–88. In 1981, the tradition of de la Renta dressing First Ladies continued. He quickly became one of Nancy Reagan’s favorite designers (as well as her lifelong friend).

De la Renta expanded his clothing lines throughout the 1990s but kept true to his feminine, polished style. He also continued to design for the First Ladies of the United States, and his pieces were worn by both Hillary Clinton and Laura Bush. At Balmain, de la Renta was the first Dominican to design for a French couture house.

Over the course of his career, de la Renta earned the CFDA Lifetime Achievement Award, the Coty Award and the Fragrance Foundation’s Perennial Success Award. He passed away in 2014.

In 2015, the Savannah College of Art and Design Museum of Fashion + Film showcased more than 80 of de la Renta's gowns at its inaugural exhibit. 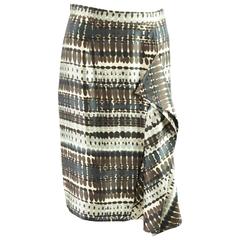 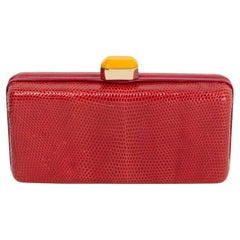 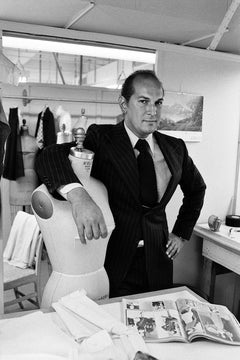 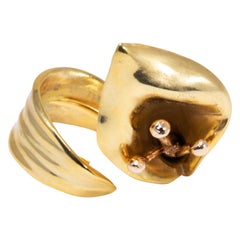 1stDibs offers an extraordinary range of authentic Oscar De La Renta fashion. If you’re browsing our collection of unique vintage and designer fashion to elevate your daily look or to introduce new colors to the dazzling formal wear in your wardrobe, this designer’s body of work includes elements of blue, red, pink and other tones. Customers who are interested in this designer might also find the work of Celine, Geoffrey Beene and Bill Blass appealing. On 1stDibs, find designer Oscar De La Renta fashion, vintage and haute couture from top boutiques around the world. On 1stDibs, the price for these items starts at $75 and tops out at $9,895, while the average work can sell for $789..
Questions About Oscar De La Renta