Sidney L. Brock was born in 1869 to a family of comfortable means in Missouri. He graduated from Johns Hopkins University and began a career in general merchandising with a partner. He bought his partner out and later sold a successful business to begin raising cattle. He was a success at that, too. In 1905, he moved to Oklahoma City and opened Sidney L. Brock Dry Goods Store on Main Street and became a civic leader. In 1909, he was elected President of the Chamber of Commerce and recognized that Oklahoma City’s manpower, resources and location would be an ideal place for a packing plant. Within months, the Chamber, with Brock as a driving force, had convinced Morris & Co., one of the major meatpackers in the country, to build a plant in Oklahoma City. In October 1910, the plant opened with Brock pressing a button in New York City that started the power to the plant in Oklahoma City. The packing plants — another was built soon after — were major Oklahoma City employers for several decades, and housing additions were built on the southside of Oklahoma City, and the streetcar line was extended to transport workers and their families. It could be said that without the vision of the Chamber of Commerce and the leadership of Brock, the Oklahoma National Stockyards might never have existed, and certainly not on the scale it has achieved. Brock only stayed in Oklahoma City until 1915. When he retired, he sold his store to the predecessor of John A. Brown and moved to Colorado and then to California. He visited often, though, because his daughter and son-in-law and two grandsons lived in Nichols Hills, and the newspaper society writers kept tabs on their activities. He became an artist, and was a charter member of the Oklahoma Art League. When Brock died in 1943 in California, his obituary published in The Oklahoman, March 20, 1943, summed up his life with this statement: “He retired in 1915, and has since lived in Denver, Florida and California, but has always considered Oklahoma City his home.” 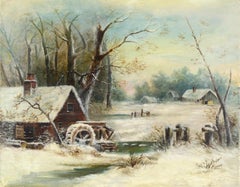 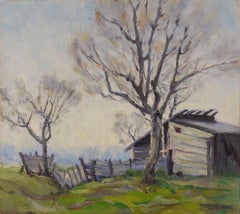