Sky Jones was born Michael Whipple and was best known for his mastery of light and texture. Artistic inspiration began at an early age for Michael Whipple. Born in 1947 and growing up during the reconstruction period just after the war, he became interested in painting, drawing and sculpture. By the time he was five, he was working with wood and was adept at using a hammer, chisel, screwdriver, saber saw, electric drill and rasp. “For Christmas and birthdays I would ask for wood, clay, art and construction materials. I could feel the magnet drawing me into a lifetime of creating art. The great fun had started," said the artist with the same smile and enthusiasm of a young man. At the University of Utah, Whipple double majored in sculpture and painting and received his bachelor’s degree in art from the university in 1971. He excelled at portrait and figure painting. Working under the direction of renowned sculptor, Angelo Caravaglio, famous portraitist Alvin Gittins, modernist painter V. Douglas Snow and illusionist Anthony Smith, Whipple perfected his craft. In the mid-1970s through the early 1980s, Whipple was the go-to artist and illustrator for dozens of Hollywood movie posters including, Star Trek I, Meteor, The Never-Ending Story, Dressed To Kill, Walking the Line, The Joint, Octagon, Heartbreaker and Final Countdown. His illustrations have appeared in over 80% of the magazines in the world. In 1984, Mohammed Ali asked Whipple to paint children of different races for his “Children’s Peace Journey” benefit. On Valentine’s Day that same year, Whipple had an art showing at the ARCO Plaza in downtown Los Angeles. The event drew record crowds and Whipple signed autographs for six straight hours. 18000 people saw the show of 16 paintings. Many waited in line over two hours. At the end of 1984, Michael Whipple changed his name to Sky Jones. In 1997, he stopped signing Sky Jones and in 2003, he started signing his art Siren Bliss. Today, the unassuming and reclusive artist’s original works are displayed coast to coast and in the collections of thousands of museums, charities, corporations and private collections. Whipple’s persistence of principles and standards has placed his art and genius as a beacon in the service of humanity.

(Biography provided by California Fine Art Brokers)
Applied Filters5 results
Artist:Sky Jones (Michael Whipple)
to
1
Item Location
5
3
2
1
4
Overall Height
to
Overall Width
to
4
5
1
4
5
11,795
3,160
2,531
1,927
3
2
2
untitled in the manner of Gaetano Pesce
By Sky Jones (Michael Whipple)
Located in Bal Harbour, FL
Abstract conceptual painting. it has a lacquer resin like finish to it. it is not framed. Siren Bliss was born Michael Whipple in Salt Lake City in 1947. He attended the University ...
Category 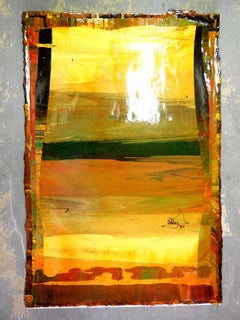 FALLING THROUGH THE GORGE
By Sky Jones (Michael Whipple)
Located in Aventura, FL
Original painting on paper. Hand signed and dated on front by the artist. Artwork in excellent condition. Additional images are available upon request. Certificate of Authenticity i...
Category

TO THE OTHER SIDE
By Sky Jones (Michael Whipple)
Located in Aventura, FL
Original painting on paper. Hand signed and dated. Artwork is in excellent condition. Certificate of Authenticity included. All reasonable offers will be considered.
Category

Sky Jones (Michael Whipple)
TO THE OTHER SIDE, 1988 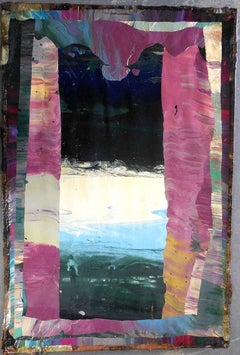