William Clapp was born in Montreal, Canada, on October 29, 1879. At age six, Clapp moved to California with his family, settling in Oakland, where he spent his childhood. In 1900, he returned to Montreal for four years of study with William Brymner, followed by further study in Paris at Académie Julian, Colarossi and Grande Chaumière. Clapp then returned to Montreal, where he was elected an associate member of the Royal Canadian Art Academy. He lived and worked in Cuba before returning to Oakland in 1917. Clapp then served as director and curator of the Oakland Art Gallery from 1918–49. In this position, and as a member of a group of painters called the Society of Six, he arranged exhibitions of their works from 1923–28. For six years, he operated the Clapp School of Art in Oakland. Clapp’s early works reflect the impressionist style of Renoir; whereas, his later works are of the Pointillist style of Seurat. Clapp is as well known in Canada as he is in the U.S. He died in Oakland on April 21, 1954. 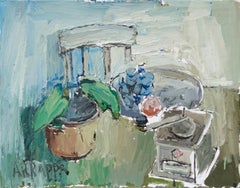 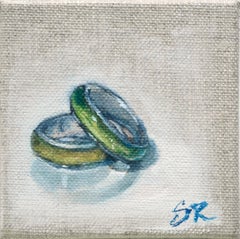