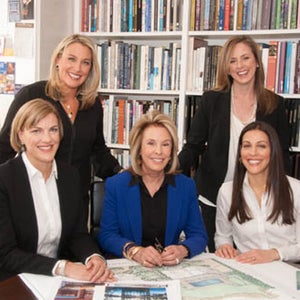 French Forties on the Park

In addition to its interior design practice, Cullman & Kravis recently launched its Elliehome Furniture Collection through The New Traditionalist, and a fabric collection with Holland & Sherry.

Ellie has consistently been included on the coveted AD 100 list of the world’s best interior designers and architects since 2000. She was named one of Architectural Digest's Deans of American Design in 2005, and received the D&D's Star of Design Award in 2009. She has been designated the 2016 recipient of the New York School of Interior Design's Albert Hadley Lifetime Achievement Award.

Ellie is the co-author with Tracey Pruzan of Decorating Master Class: The Cullman Kravis Way, (Harry Abrams, 2008) and The Detailed Interior: Decorating Up Close with Cullman & Kravis, (Monacelli, 2013).