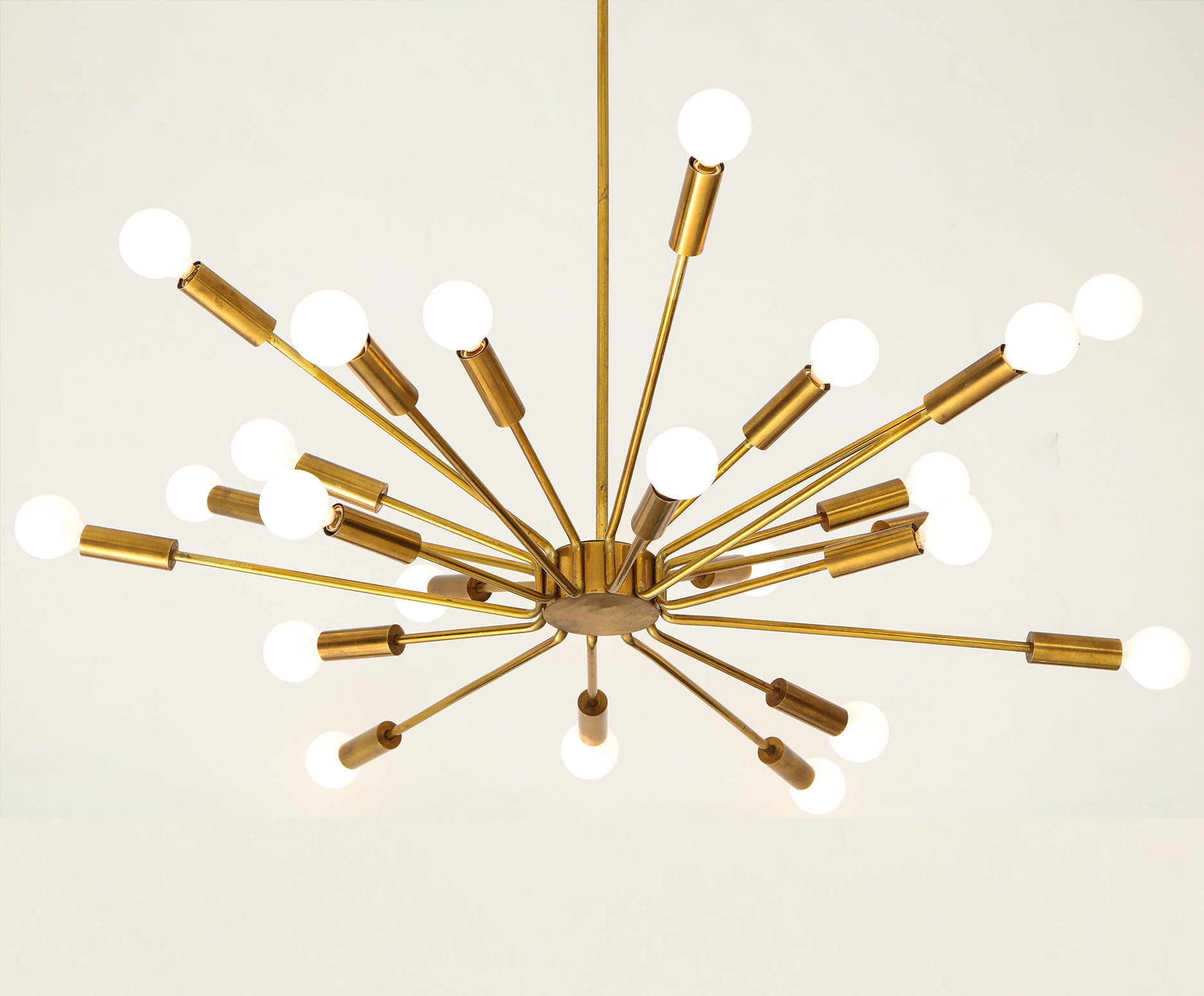 It is fitting that Gino Sarfatti (1912–85) had his sights set on the skies for his ornate and influential Sputnik chandelier. The Venice-born designer and industrialist had been pursuing an aeronautics degree at the University of Genoa when his father encountered financial troubles and relocated the family to Milan, where Sarfatti inadvertently created his first lighting fixture.

After he built a lamp for a friend using a glass vase and a coffee machine’s electrical components, Sarfatti soon became enamored with lighting design. In 1939, opened his Arteluce workshop, followed by a retail space. Working closely with local artisans, he gained valuable technical knowledge and developed hundreds of provocative, pioneering lighting projects that, given economic conditions in pre– and post–World War II Italy, were originally dependent on a cobbling of limited resources. The Sputnik chandelier — artful but constructed from few materials — owes its design to the skills that Sarfatti had honed on the job.

Nickname aside, the ceiling fixture that Sarfatti called Fuoco d'artificio (Italian for “fireworks”) was designed in 1939, nearly 20 years before the Soviet Union launched its Sputnik 1 satellite into orbit. The chandelier wasn’t actually manufactured until the early 1950s — ahead of the satellite's liftoff, mysteriously — but the design was a snug fit for the era's futurist architecture and Pierre Cardin’s flashy vinyl apparel. In the furniture world, the debut of Eero Aarnio’s pod-like Ball chair was imminent, and the space-age frenzy had engulfed popular culture, technology and politics.

In its awe-inspiring arrangement of jutting tubular brass arms and exposed pear-shaped bulbs (some models feature more than 20), Sarfatti’s light was an appropriate addition to the quirky space-age furnishings that had become fashionable in the 1950s. While the designer pursued function and utilitarianism, he was prone to the kind of experimentation that yielded his famous chandelier.

The Sputnik uses suspension cables and metal reflectors in lieu of the parchment lampshades that were commonplace during the early days of Arteluce. In 1973, following collaborations with Franco Albini, Marco Zanuso and others over the years, Sarfatti sold his award-winning company to lighting manufacturer FLOS, while his son, Riccardo, cofounded Luceplan in 1979. 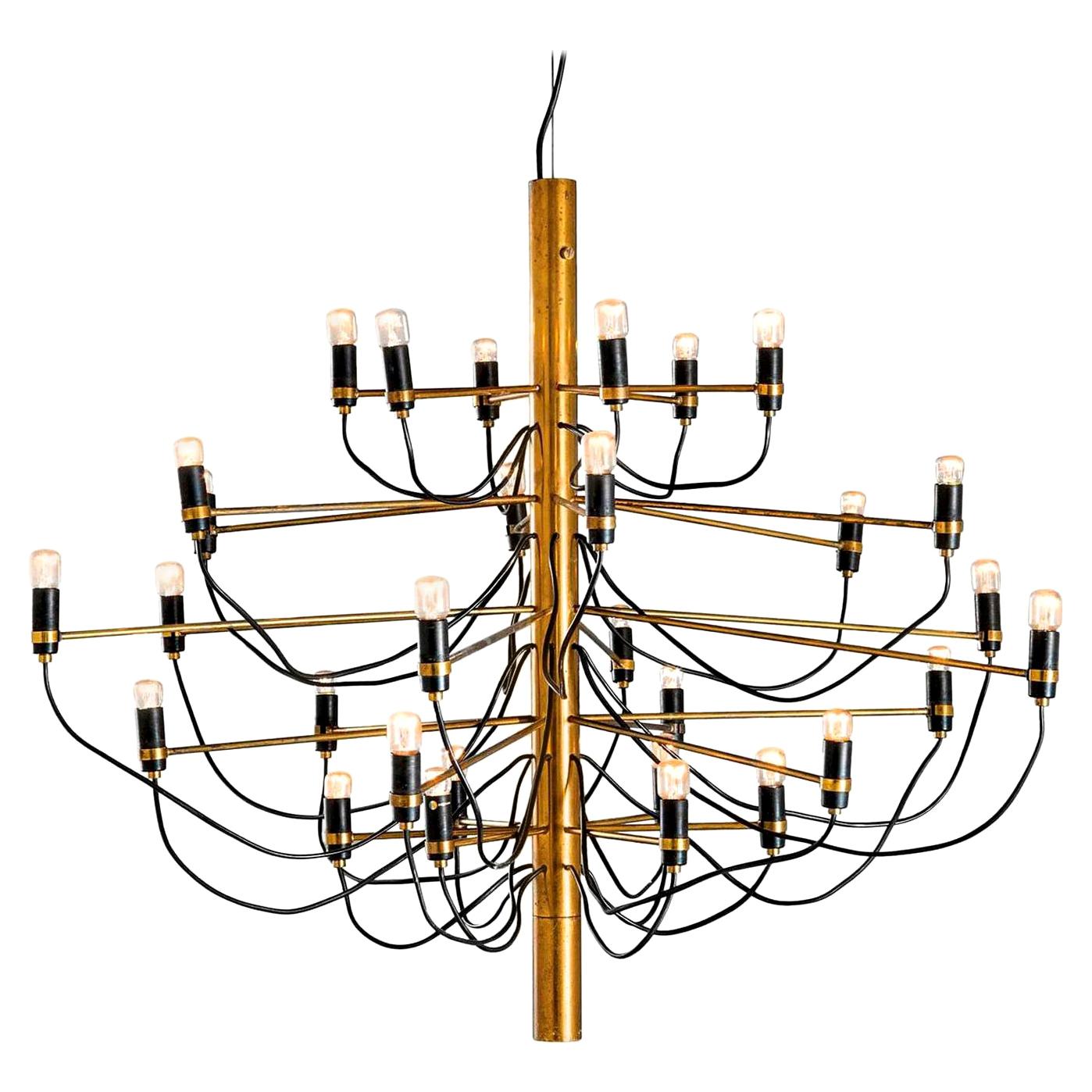