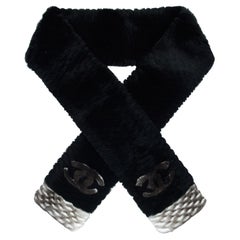 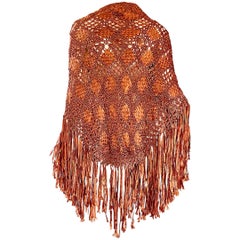 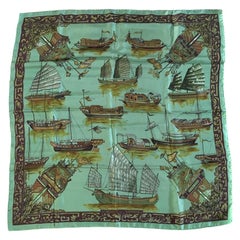 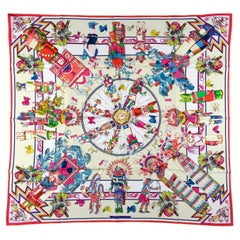 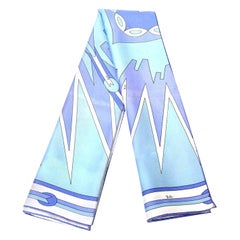 Chanel Scarf in Ice Cream Colours
By Chanel
Located in London, GB
A pretty Chanel silk scarf for Spring / Summer in a mix of colours, pink, yellow ,caramel and blue . The scarf has the Chanel logo incorporated into the fabric. Measurements: leng...
Category

An Iconic Alexander McQueen Silk Scarf Made in Italy

Balenciaga Heart Love Red Logo Silk Scarf (614874)
Located in Montreal, Quebec
This scarf is made from lightly crinkled silk in red with a vibrant white polka dot jacquard print and the Balenciaga logo in bold black letters. Knot it through your ponytail, the s...
Category

Vintage 1956 Hermès Silk Scarf by Xavier De Poret
By Hermès
Located in Cheltenham, GB
This rare 1956 silk Hermès scarf, designed by Xavier De Poret is the perfect treasure for your wardrobe. In a light duck egg blue with a dark teal trim, this beautiful scarf is ador...
Category

1970s Emilio Pucci Iconic Iris Print Cotton Scarf
By Emilio Pucci
Located in Scottsdale, AZ
Taken it back to 1973 ...What a great example of the amazing prints Emilio Pucci was so famous for. Orange,pinks and peach iris flowers on top of a spray of blue stems. Abstract, and...
Category

Escada Silk Scarf Tiger Face Made in Italy New, Never Worn with Tag
By Escada
Located in Wallkill, NY
This is from a Vast Collection of Scarves that have never been worn. Wonderful Tiger Face and motif make up this Silk Escada Scarf. Purchased in the late 1980s early 1990s stored aw...
Category

Gucci Silk Scarf Mallard Duck Lake Scene New, Never worn 1990s
By Gucci
Located in Wallkill, NY
Stunning Browns and greens in this New, never worn Gucci scarf from the 1990s. Duck and Lake scene. 100% Silk. Still folded up the way they came from the store. Please be sure to ch...
Category

Madame Gres Silk Scarf in Original Box
By Madame Gres
Located in New Hope, PA
A graphic multi color floral design is set against a mocha colored background and bordered with a wide black band. The scarf is signed in the lower left corner. It has never been w...
Category