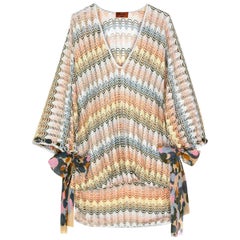 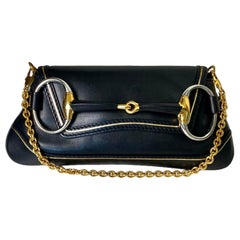 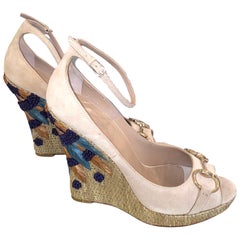 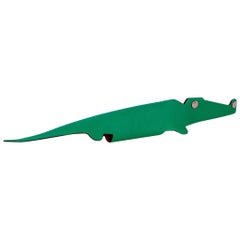 Unworn Vintage Pink & Silver 1920's Style Silk Evening Dress w Beads & Sequins
Located in Portland, OR
This is a stunning vintage pink flapper style evening dress with silver, pink and sequins and silver bugle beads. We love that the pattern of the beading and sequins creates a sunbur...
Category

Balenciaga Rose Peche Leather RH City Bag
Located in Dubai, Al Qouz 2
Balenciaga is known for their finely made products and the City bags are one of them. Effortless and stylish, this leather bag will be your go-to for multiple occasions. It has the s...
Category

1980s Vintage Lillie Rubin Polka Dot Sequin Shorts & Zip Sweatshirt Suit Set Med
By Lillie Rubin
Located in Portland, OR
This is a show stopping vintage 1980's Lillie Rubin short set that includes a pair of elastic waist shorts and a sweatshirt style zip front jacket. The base color of both pieces is b...
Category

Balenciaga Cream Leather GSH Brief Tote
Located in Dubai, Al Qouz 2
This GSH Brief tote from Balenciaga is perfect for all your outings. This bag is made from leather and is unique in its silhouette, and it features an interplay of large studs and bu...
Category

An Evening Three pieces Pyjamas in Printed Silk - France Circa 1935

Gucci Multicolor Floral Canvas And Leather Tote
By Gucci
Located in Dubai, Al Qouz 2
Gucci brings to you this amazing tote that is smart and very modern. Made in Italy, this bag is crafted from floral-printed canvas and leather and features dual top handles. The canv...
Category

Geoffrey Beene Vintage 1960s Mod Black Velvet Dress With Lace Sleeves
By Geoffrey Beene
Located in Portland, OR
We absolutely love this vintage 1960's black velvet Geoffrey Beene dress! We are huge fans of Mr. Beene (some might even say obsessed) and we grab his pieces whenever we can find the...
Category

Gucci Navy Blue/Red Floral Embroidered Canvas And Leather Wave Hobo
By Gucci
Located in Dubai, Al Qouz 2
Add a special creation to your closet with this Wave hobo from Gucci. The bag is made of floral-embroidered canvas and held by a metal-decorated leather handle. The bag's spacious in...
Category

2000s Gucci by Tom Ford Pink GG Large Distressed Horsebit Convertible Clutch
By Gucci, Tom Ford for Gucci
Located in Philadelphia, PA
TheRealList presents: Designed by Tom Ford during his tenure at the house of Gucci, this bag represents Tom's interpretation of many of Gucci's classic elements, the most prominent b...
Category

Louis Vuitton Lavender Vernis Papillon 30 Bag 2003
By Louis Vuitton
Located in Montreal, Quebec
The famous LV Papillon bags are a popular model through the the ages that were first launched in 1966. This bag measures 30 cm in length. The classic rounded shape with two straps ar...
Category

Oleg Cassini Black Tie Vintage Beaded Sequin Bustier Top
By Black Tie by Oleg Cassini
Located in Portland, OR
This a stunning vintage silk beaded and sequin bustier by Oleg Cassini with the Black Tie Label for Neiman Marcus. This shimmering top is fully covered in sequins and beads in shades...
Category

Gucci by Tom Ford Spring 1998 Leather Straps Cami Top
By Gucci, Tom Ford for Gucci
Located in Prague, CZ
One of the most iconic Gucci by Tom Ford tops in a rare white color! The top has been through the full restoration by Queen Vin Archive: leather straps have been detached, fully co...
Category

Dolce & Gabbana Multicolor Leather Round Shoulder Bag
By Dolce & Gabbana
Located in Dubai, Al Qouz 2
Fashioned with an eye-catching shape and uniqueness, this bag is a great accessory to complement your party outfit. This Dolce & Gabbana shoulder bag is made with multicolored leathe...
Category

Gabrielle “Coco” Chanel learned to sew under the tutelage of nuns in an orphanage. Later, as an impoverished teenager at a boarding school in central France, clad in the drab clothes of the underclass compared to those of her classmates, she furthered her needlework skills. By the early 1900s, she was helming a hat shop with help from her sister and her aunt.

Chanel made spare, unadorned hats at first, and the now-momentous “little black dress,” published in the form of a sketch in Vogue in 1926, symbolized her intention to design for all social classes. Working with simple lines and ordinary fabrics, Chanel created garments that she hoped would encourage women to leave extravagant clothes behind. The young milliner would soon become pivotal to the evolution of both covetable casual wear and handmade high-fashion apparel, building a brand that has influenced countless designers all over the world.

There are people like Chanel and Gucci, sometimes of meager means, working in near obscurity to create lasting and innovative garments and accessories that today fill the interiors of our favorite boutiques and, ultimately, the closets of our home.

The appeal of vintage and designer clothing — whether it’s nostalgia for ’80s fashion treasures like oversize blazers or the bright and elaborate patterns that characterize sundresses of the 1960s — endures, and our appetite for irreplaceable garments as well as their riveting origin stories won’t recede anytime soon. An authentic handbag or purse from Hermès isn’t merely durable and alluring. The Birkin, for example, is hand-sewn according to Hermès’s centuries-old saddle-stitching technique, comes in a variety of exotic leathers and is also a savvy investment.

Today, we’re captivated by the work of prodigious Illinois-born talent Virgil Abloh, who not only triumphed in the fashion world with his Milan-based streetwear label Off-White, but was also a visual artist, a furniture designer and more. In 2018, Abloh, who learned about fashion from his seamstress mother, became one of the first Black designers to head a French luxury fashion house, having secured an artistic director role at Louis Vuitton.

On 1stDibs, you can revel in the stories behind the fashion we love and browse everything from classic, one-of-a-kind gowns crafted by Parisian couturiers to stylish, modern streetwear designed by forward-looking brands. Shop 19th-century Louis Vuitton trunks or kaleidoscopic and colorful 1960s skirts by Emilio Pucci or edgy ensembles by visionary designers like Azzedine Alaïa. Your fashion journey begins right here.