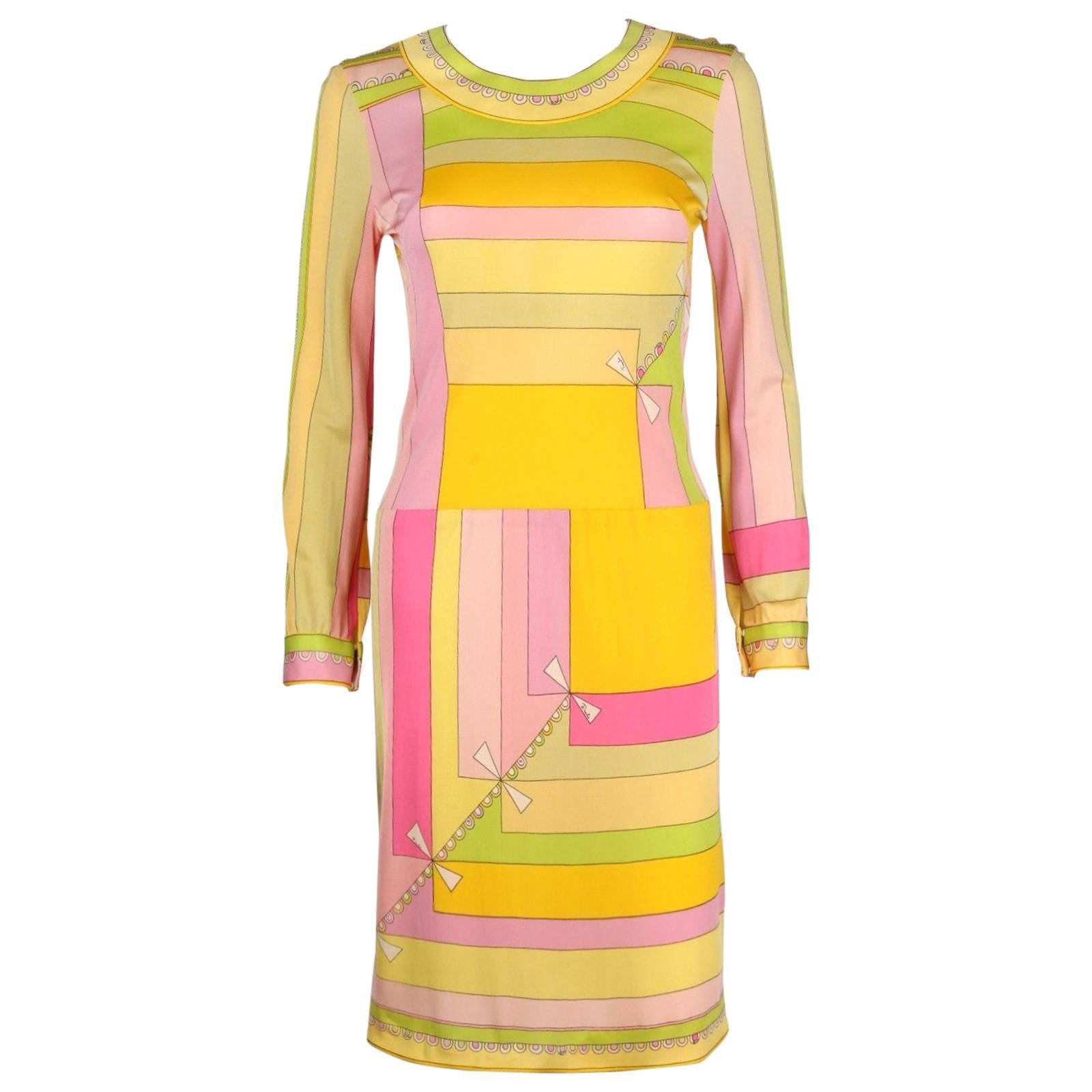 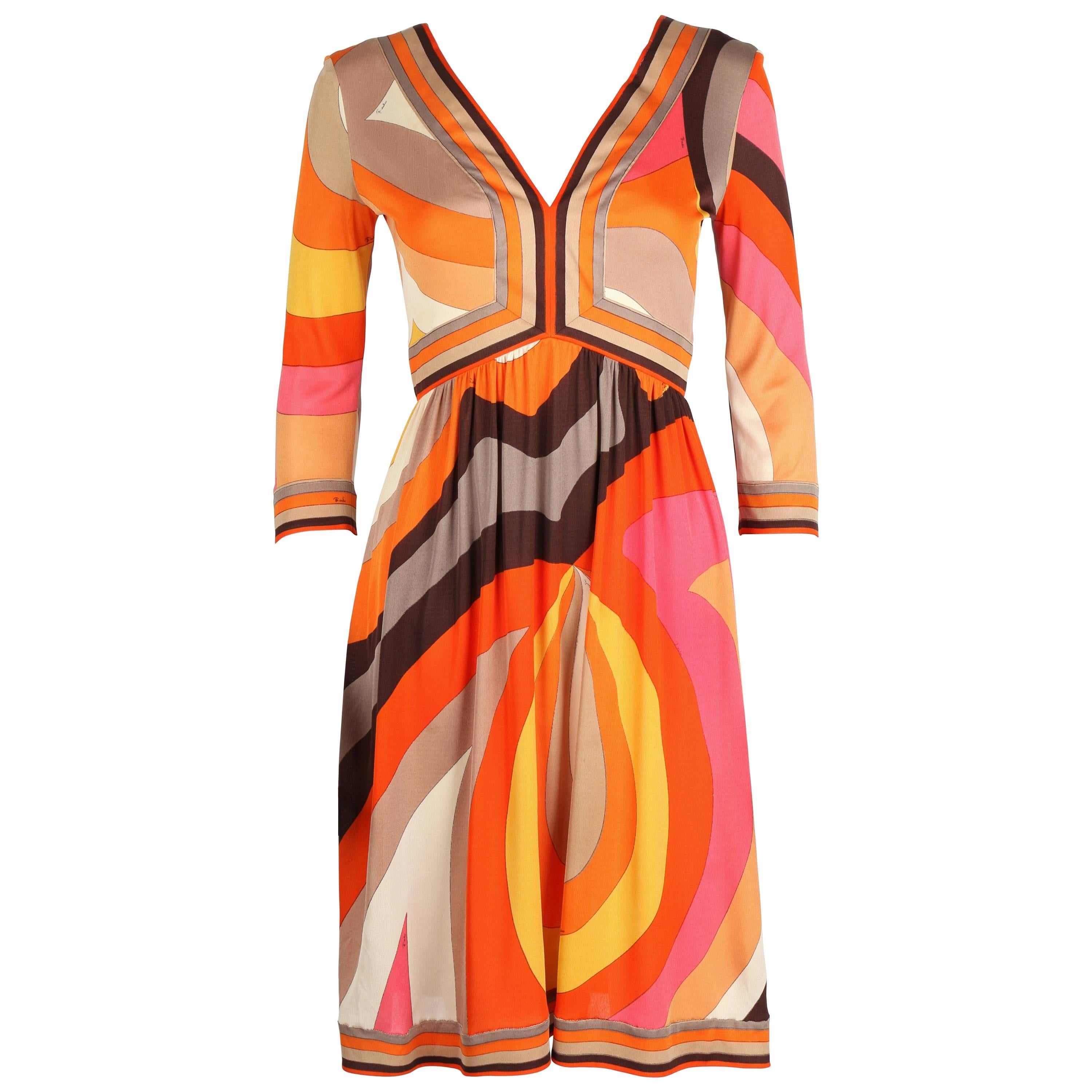 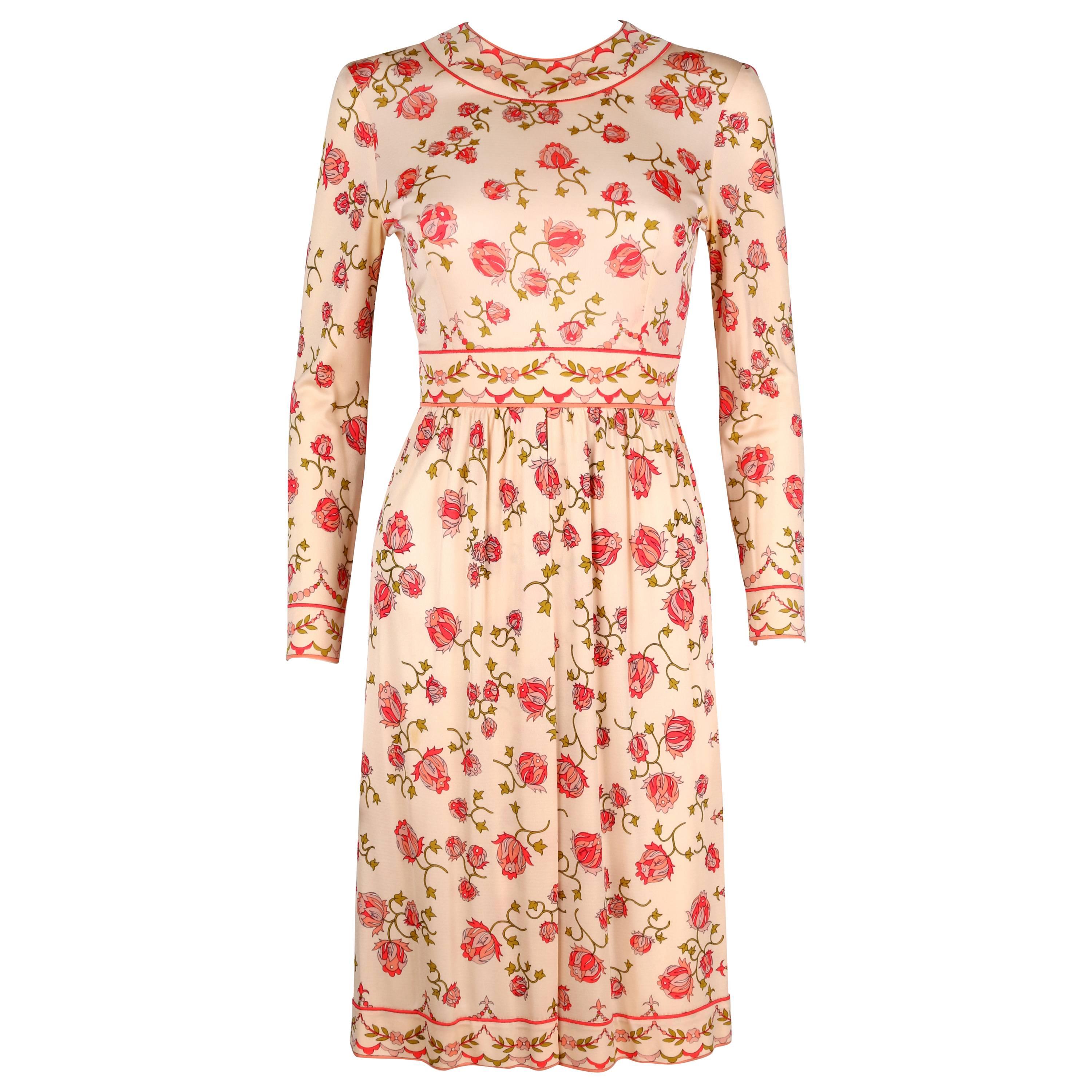 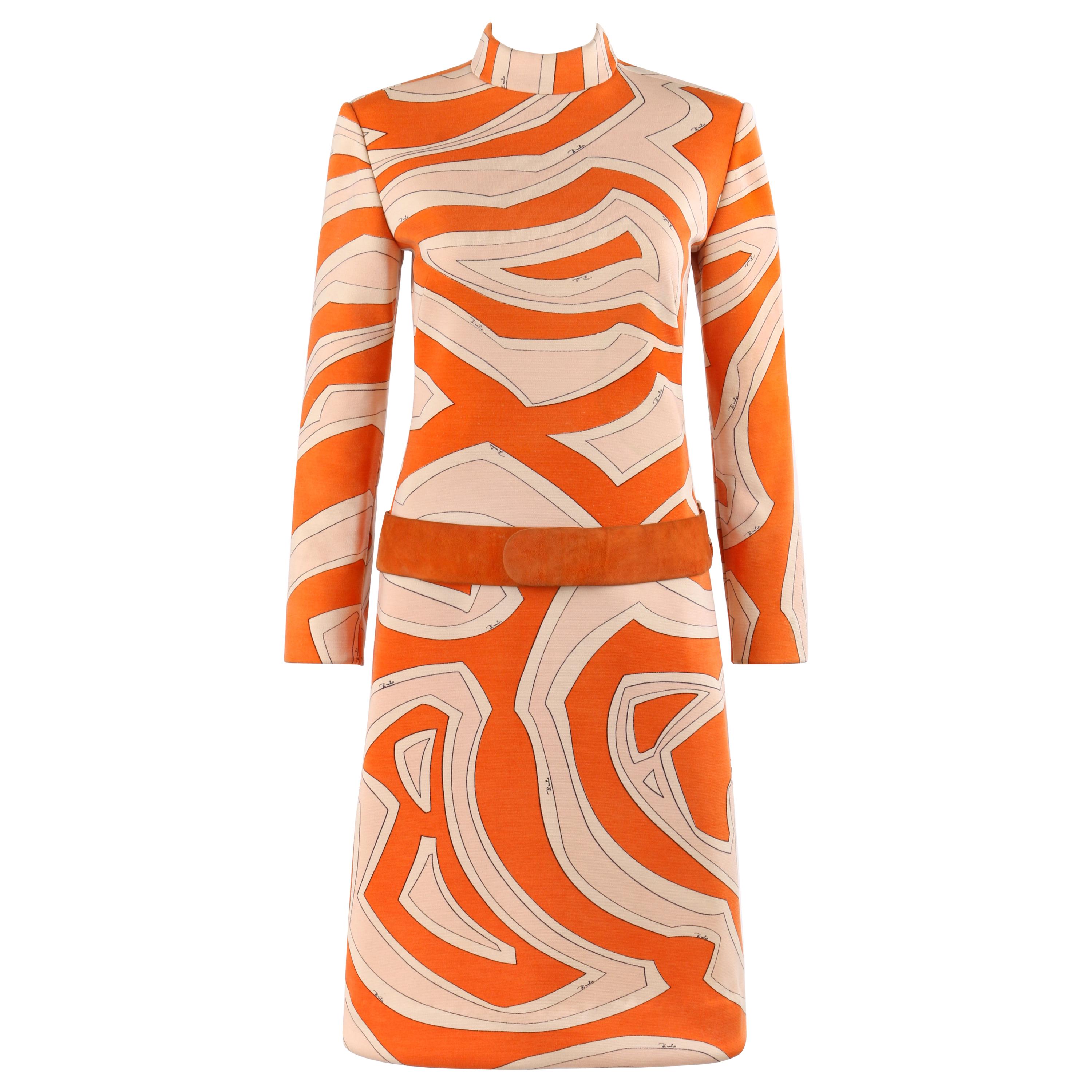 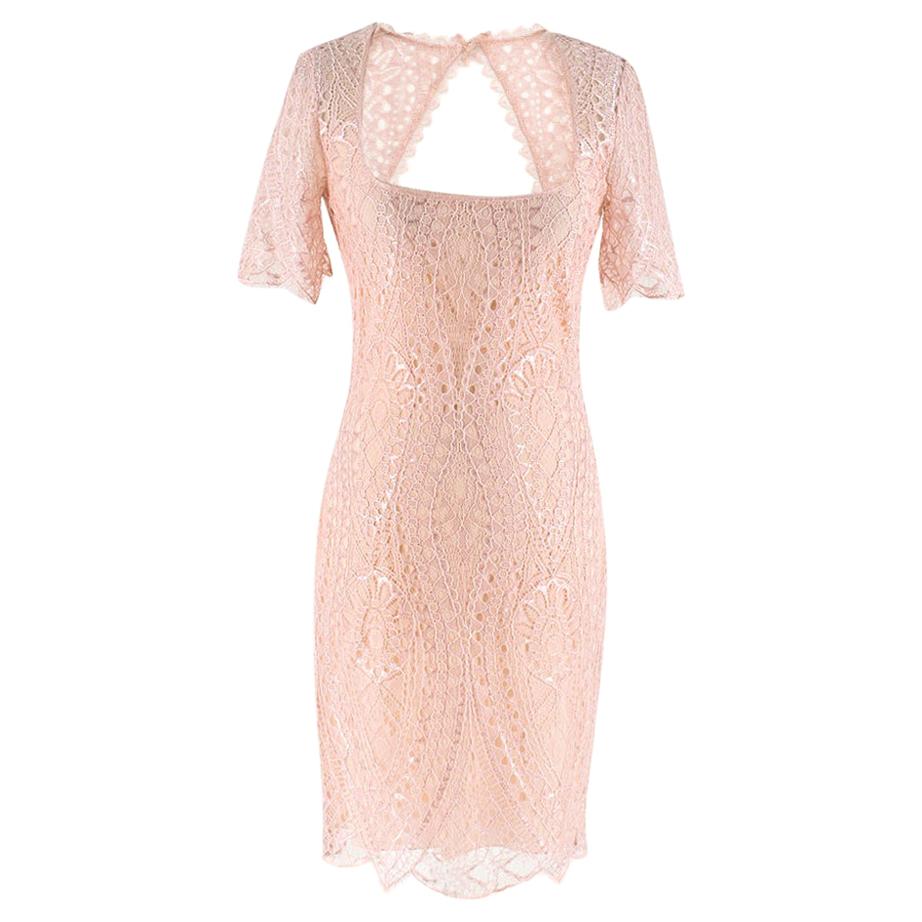 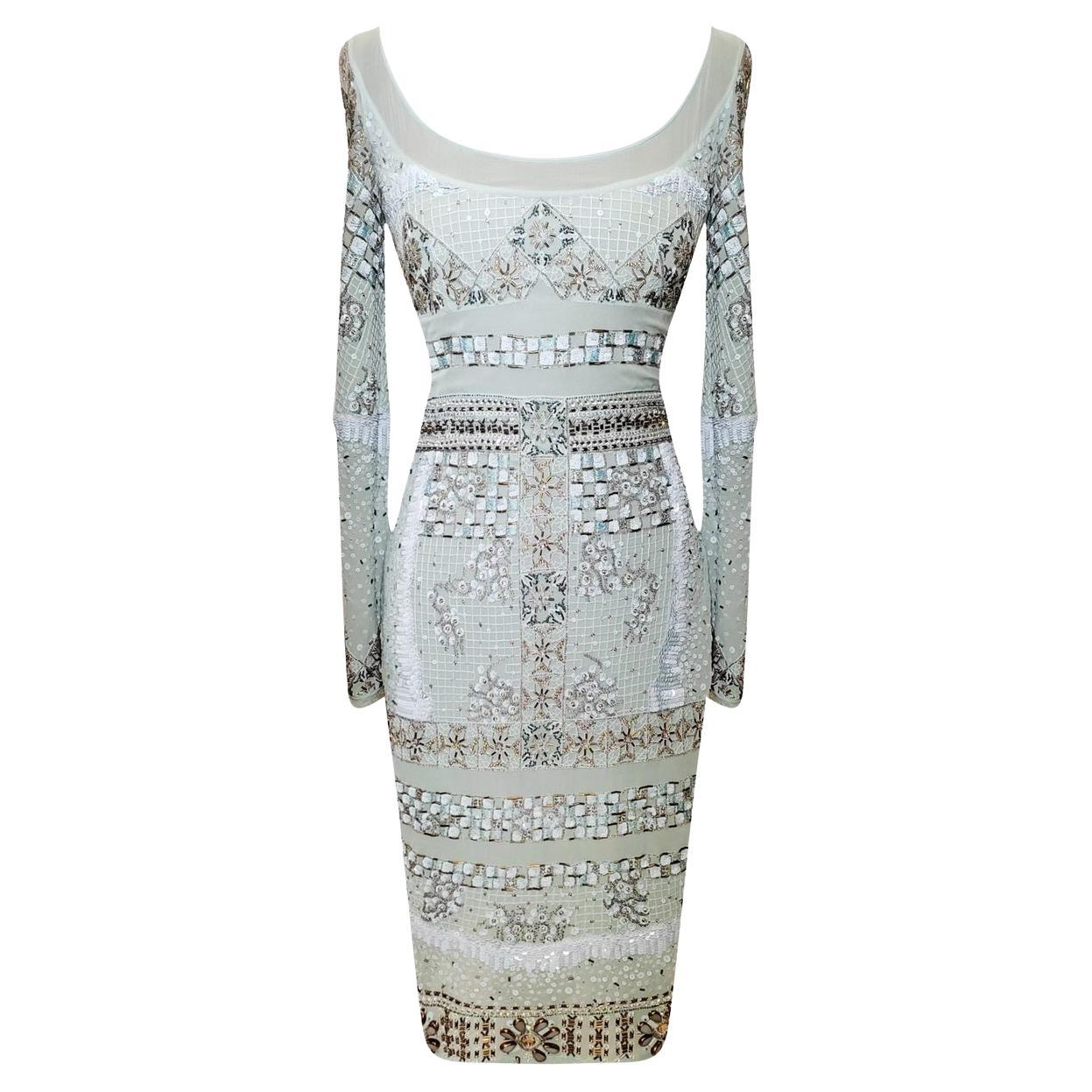 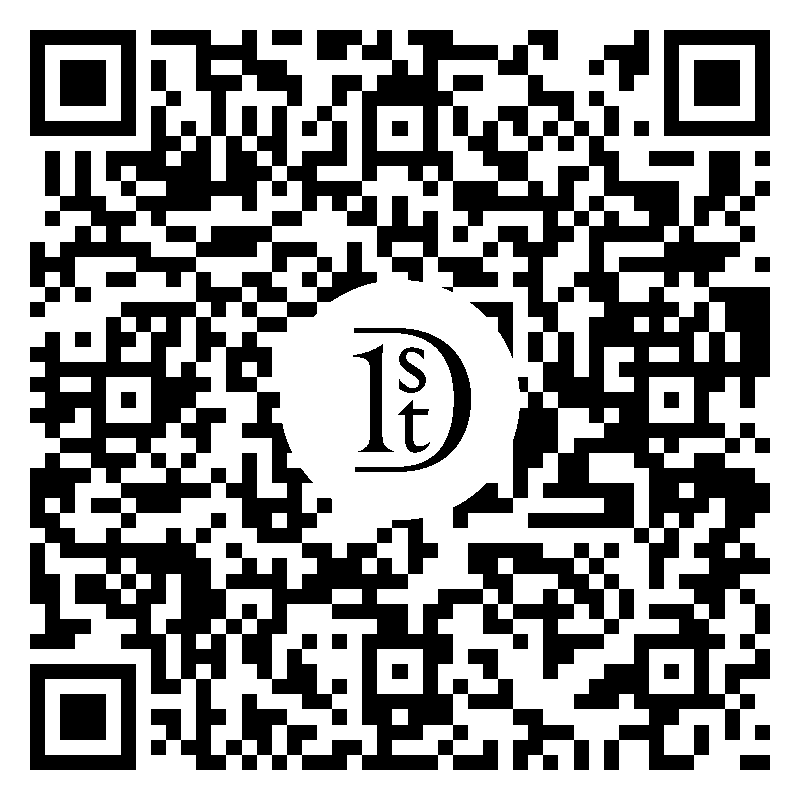 Rare vintage 1970s Emilio Pucci for Saks Fifth Avenue silk jersey knit dress with a signed print and short puff sleeves. Unlined with side zip closure and high waist. From the estate of Pamela Lewis (Jerry Lewis/ Gary Lewis). The marked size is 12, and the dress fits like a modern size medium. The bust measures 36-38", high waist 28", hips 44", and total length 37.5". Excellent vintage condition with no noted flaws. Made in Italy. 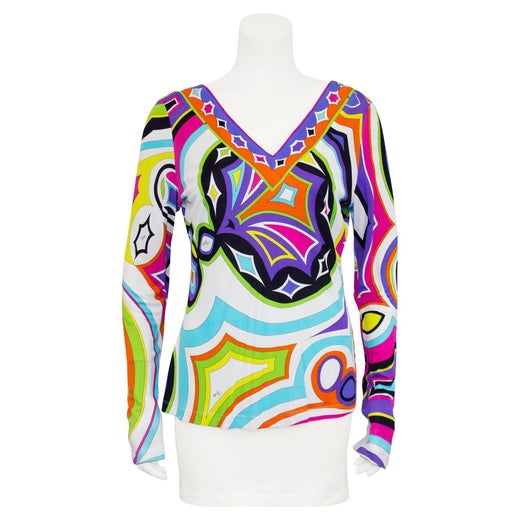 By the mid-1960s, the international fashion press, enamored of his dazzling scarves and slithery dresses in sensuous psychedelic silk jersey, had dubbed Florentine designer Emilio Pucci the Prince of Prints. Less well known is that, starting in the early 1950s, Pucci applied his colorful, abstract patterns to static angular mediums such as ceramics, floors and furniture, imbuing them with movement, not to mention glamour. He was the first fashion designer to enter the lifestyle market, founding the successful brand that exists today.

Born in 1914 to one of Italy’s oldest noble families, Emilio Pucci, Marchese Pucci di Barsento, was a member of the postwar international jet set, hopping from beach to mountain to city. His fashion career began unexpectedly in 1947, when he created a revolutionary stretch ski outfit that was photographed on the Swiss slopes for Harper’s Bazaar.

Eschewing a life of aristocratic glamour, the self-taught Pucci opened a boutique on Capri dedicated to simple resort clothing (think capri pants) that evoked the Mediterranean’s undulating waves and refreshingly bright colors. At the time, luxury fashion was as constricted as a Dior cocktail dress, but the Swinging Sixties were on the horizon. Signed with what Vogue International editor Suzy Menkes calls a “handwritten ‘Emilio’ flourish” — a concept, she points out, as novel as that of designer ready-to-wear — his designs were soon seen on celebrities like Jackie Kennedy and Marilyn Monroe.

From the airline uniforms he created for Braniff in the 1960s to the emblem he crafted for the Apollo XV space mission in 1971, Pucci’s designs were visionary. In spite of his traditional roots (or because of them), the Prince of Prints was forward thinking and outward looking. Pucci put his signature flourish on patterns that were flexible — first for fashion, then for furnishings and objects. Whether on fabric or foam, shelves or sails, as he first explained some 70 years ago, the ornamental designs work in “continuous motion.” Venturing into nontraditional design partnerships, he laid the groundwork for a future brand, a classic legacy that his daughter Laudomia Pucci continues today.

About the Seller
5.0
Located in Sparks, NV
Vetted Seller
These experienced sellers undergo a comprehensive evaluation by our team of in-house experts.
1stDibs seller since 2012
1,372 sales on 1stDibs
Typical response time: 1 to 2 days
More From This Seller

$595
1970's Colorful Emilio Pucci Silk Jersey Dress
By Emilio Pucci
Located in New Hope, PA
This dress is a wonderful combination of purple, grey, brown, black, white and lavender in a signature Pucci print. It has a V neckline, and Empire waist, long sleeves and a gathere...
Category 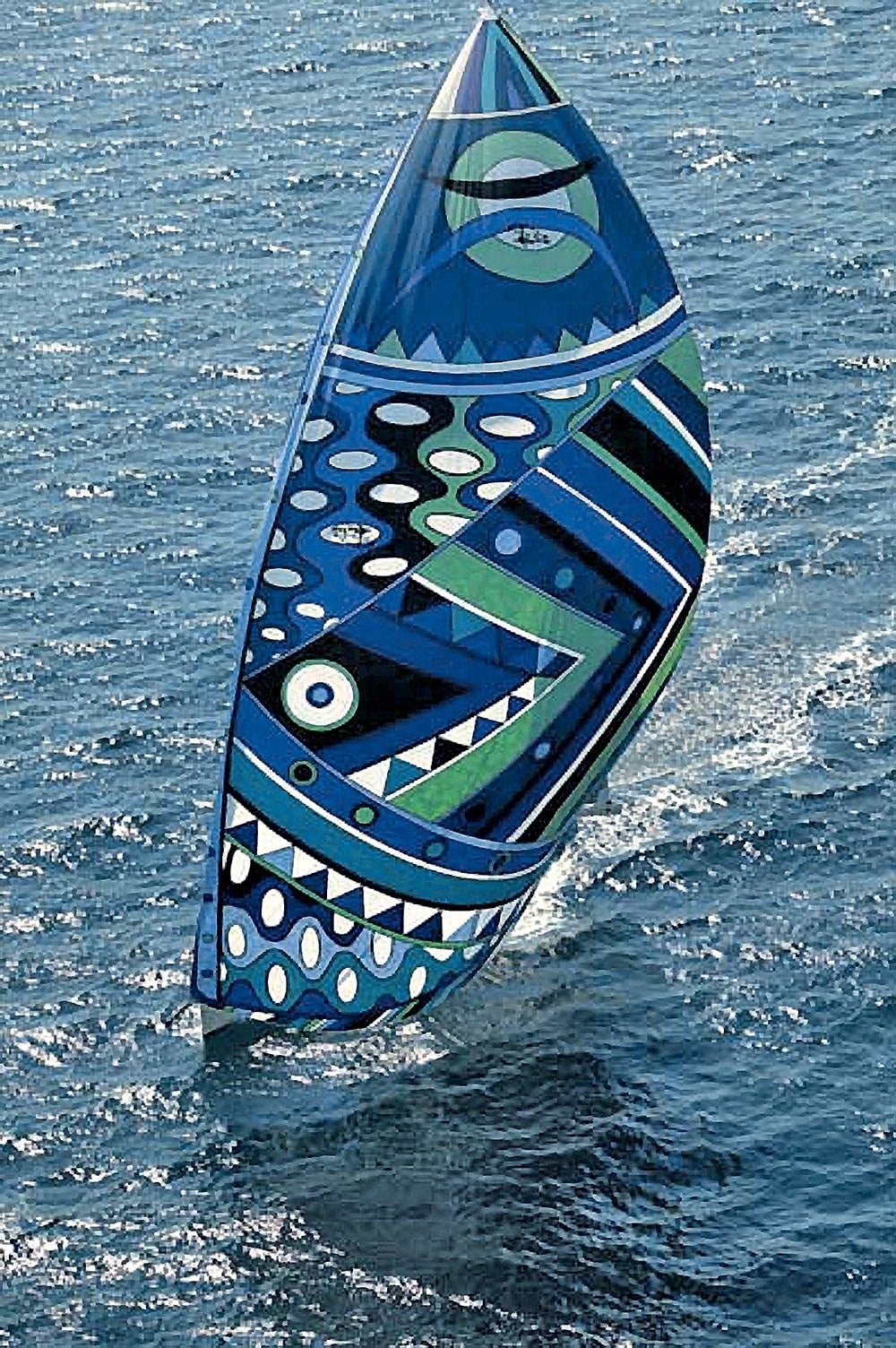