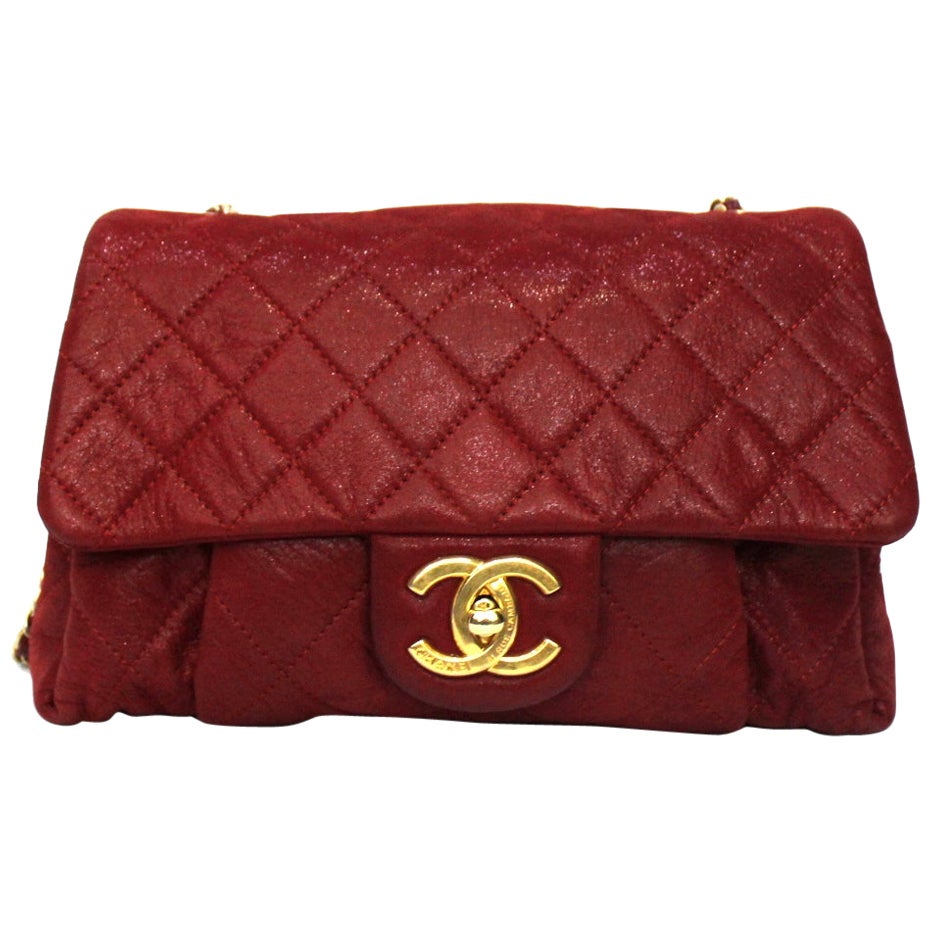 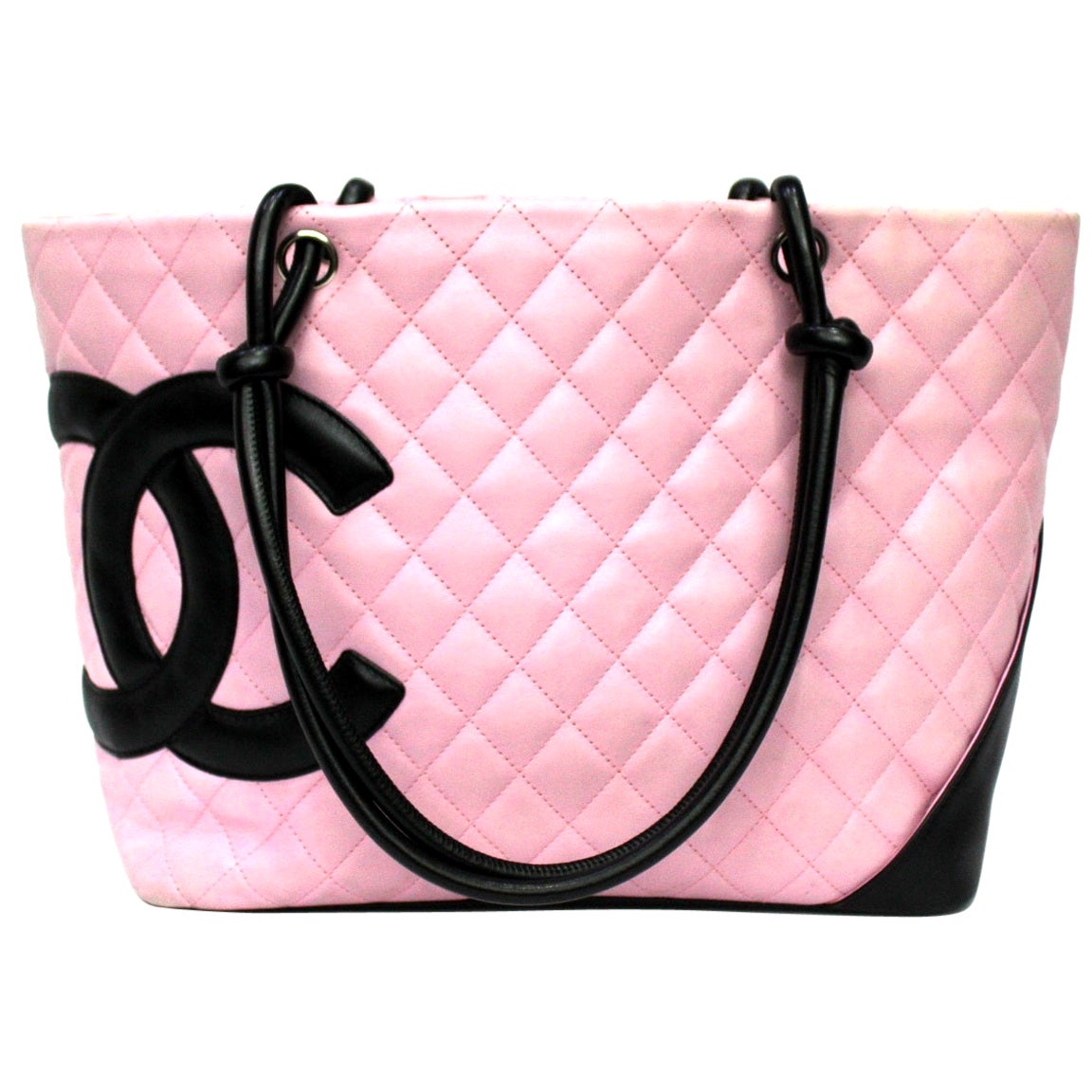 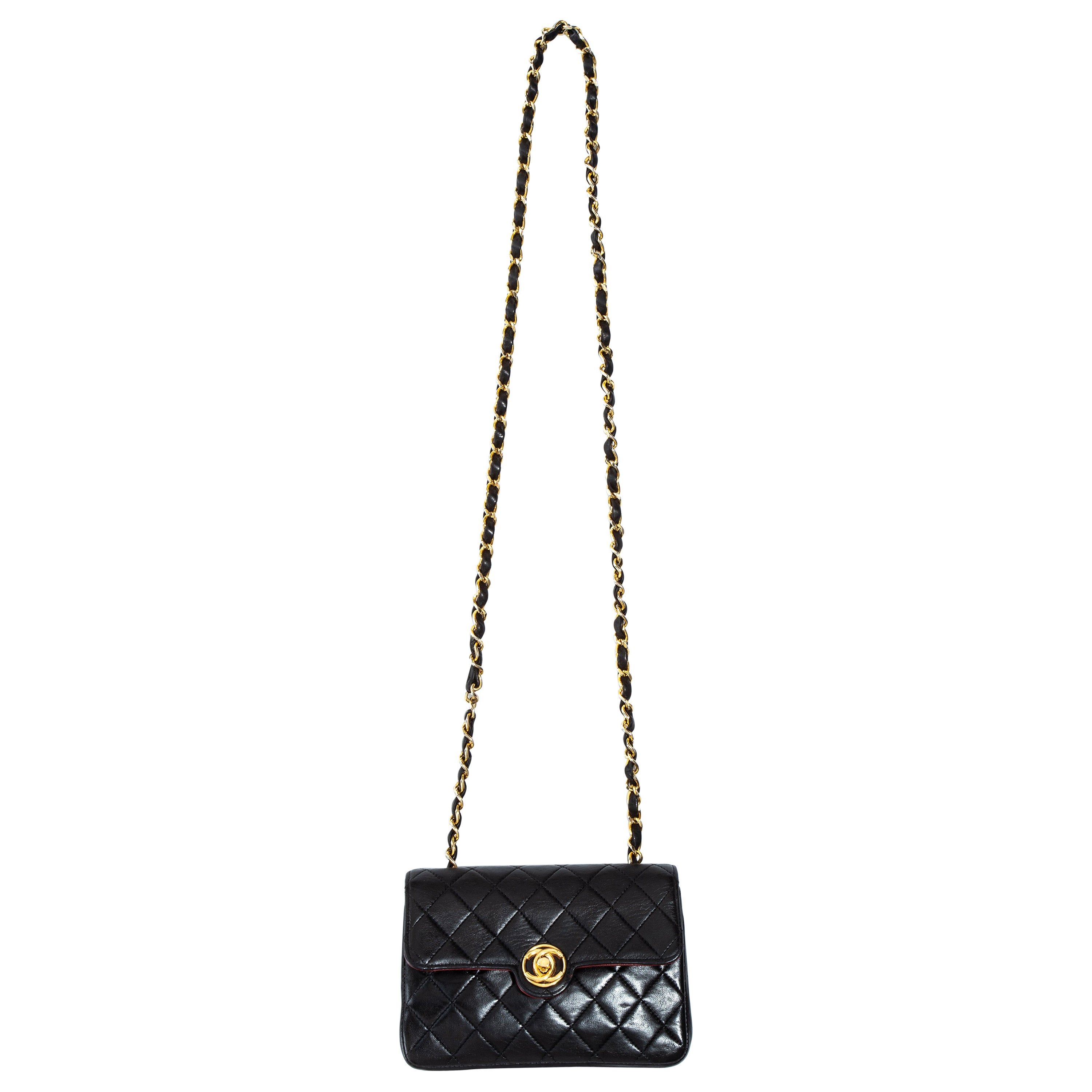 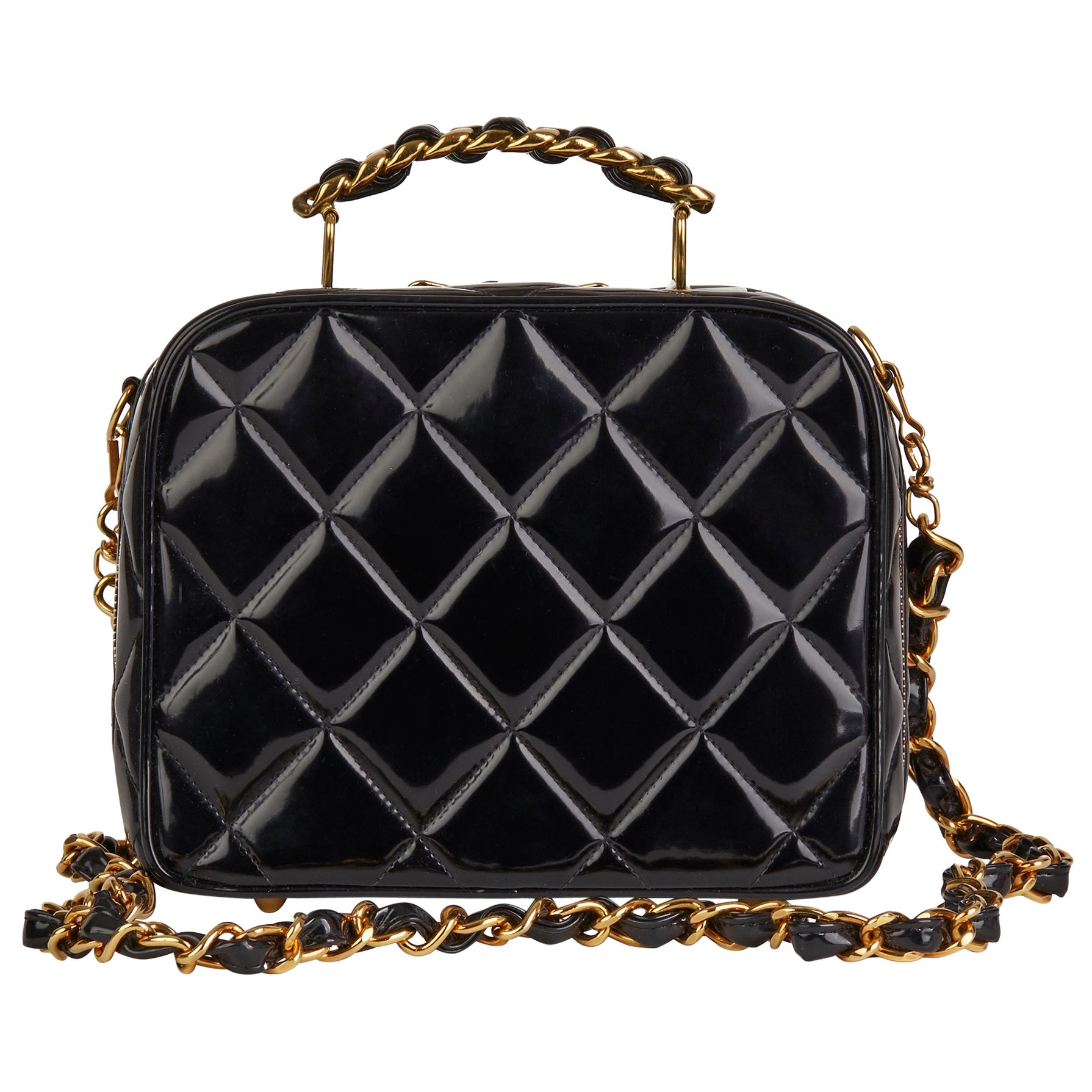 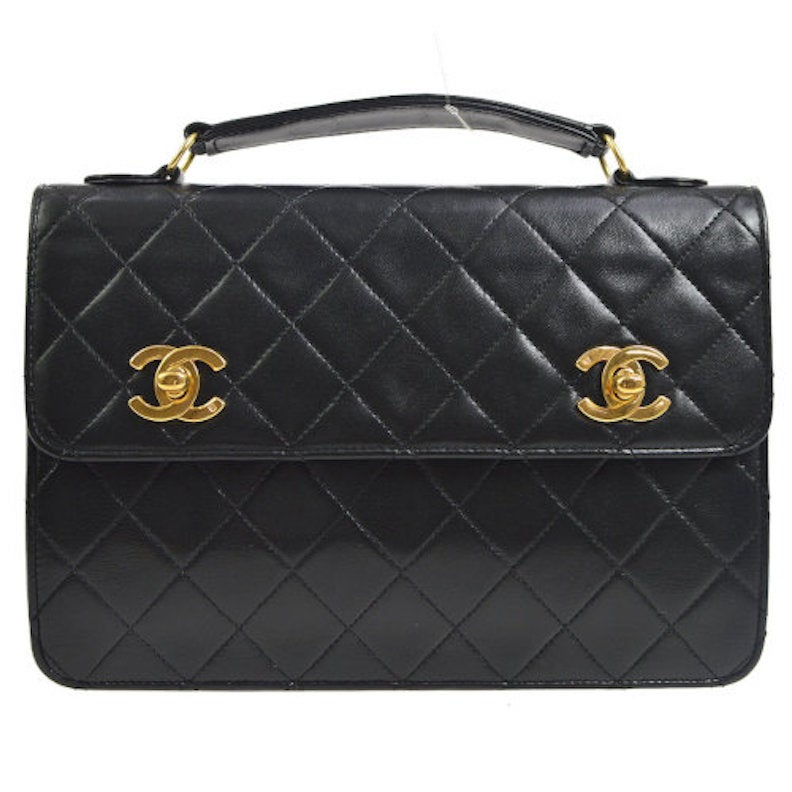 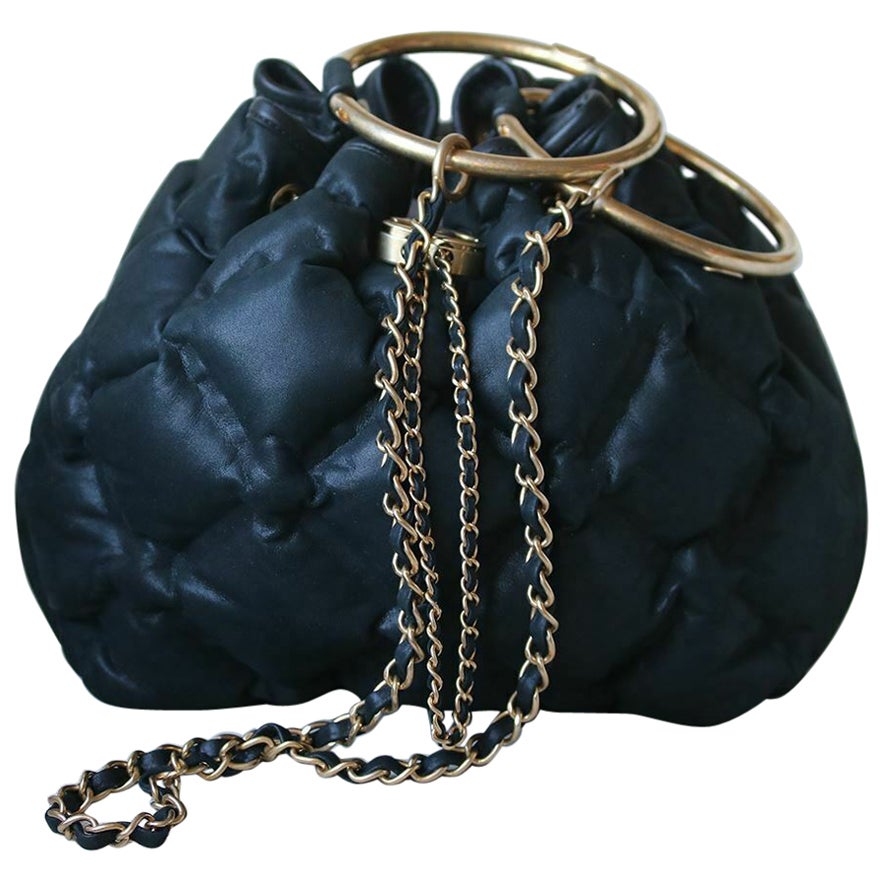 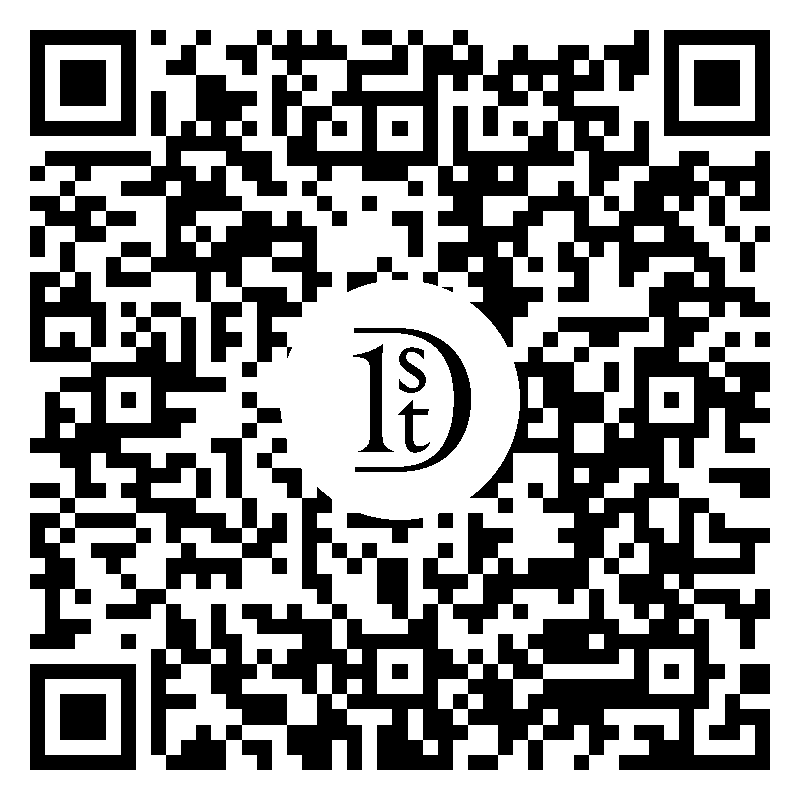 Beautiful vintage leather handbag with iconic Chanel checkering. This bag also has a gold-colored strap and matching hardware. This bag has 3 main pockets and the biggest pocket has a gold-colored clip, with a small zippered pocket with a Coco Chanel appointment. Made in France. Height = 7.5 Inches Width = 10.5 inches Depth = 4 inches


Effortless and elegant, her designs promoted comfort and grace in women’s wear that had been dominated in the previous century by complicated layers of fabric and cumbersome corsets. She followed this success with a couture house, opened in 1915 in Biarritz. Over the next six decades, Coco Chanel would become a pivotal designer of both fashionable casual wear and Paris haute couture as well as an icon and arbiter of 20th-century style with her bob haircut and pearls.


However, Chanel was not born into a life of glamour. Following the death of her mother, her father left her in an orphanage where she lived until the age of 18. It was there that she learned to sew as well as appreciate the classic pairing of black and white as worn by the nuns. In 1926, she introduced her first little black dress, reclaiming a color that had once been reserved for mourning and working-class women. That same decade, she debuted her perfume, Chanel No. 5, as well as the Chanel suit with a collarless jacket and fitted skirt, inspired by the boxy lines of men’s clothing and employing a sporty tweed.


Chanel closed her fashion operations during World War II, then returned to the industry in 1954 to design for the functional needs of modern women. Structure and wearability endured in all of Chanel’s clothing and accessories, like the quilted leather 2.55 handbag introduced in 1955 with its gold-chain shoulder strap that freed up a woman’s hands. The 1957 two-tone slingback pumps had a practical heel height while offering a bold statement in the black tip of the shoes.


After Coco Chanel died in 1971, the brand underwent several changes in leadership, including fashion designer Karl Lagerfeld, who took over as artistic director in 1983. Over the years, the company has continued to innovate, such as expanding into ready-to-wear fashion in 1978 and, in 2002, establishing a subsidiary company — Paraffection — dedicated to preserving the heritage skills of fashion artisan workshops. The House of Chanel still operates its flagship on rue Cambon in Paris, where it all began.

About the Seller
5 / 5
Located in Rancho Santa Fe, CA
Gold Seller
These expertly vetted sellers are highly rated and consistently exceed customer expectations.
Established in 2000
1stDibs seller since 2020
6 sales on 1stDibs
Typical response time: <1 hour
More From This Seller
View All From Seller

Chanel Red Leather Bag
By Chanel
Located in Torre Del Greco, IT
Chanel bag made of red leather with golden hardware. Closure with CC logo, internally quite large. Equipped with leather shoulder strap and adjustable chain. The bag is in good condi...
Category

$4,753
CHANEL Handbag Grained Leather
By Chanel
Located in Paris, FR
This CHANEL bag is similar to the Timeless model with some variations. It is in grained metallic leather and its jewelery is in aged silver metal. The interior is canvas with a zippe...
Category