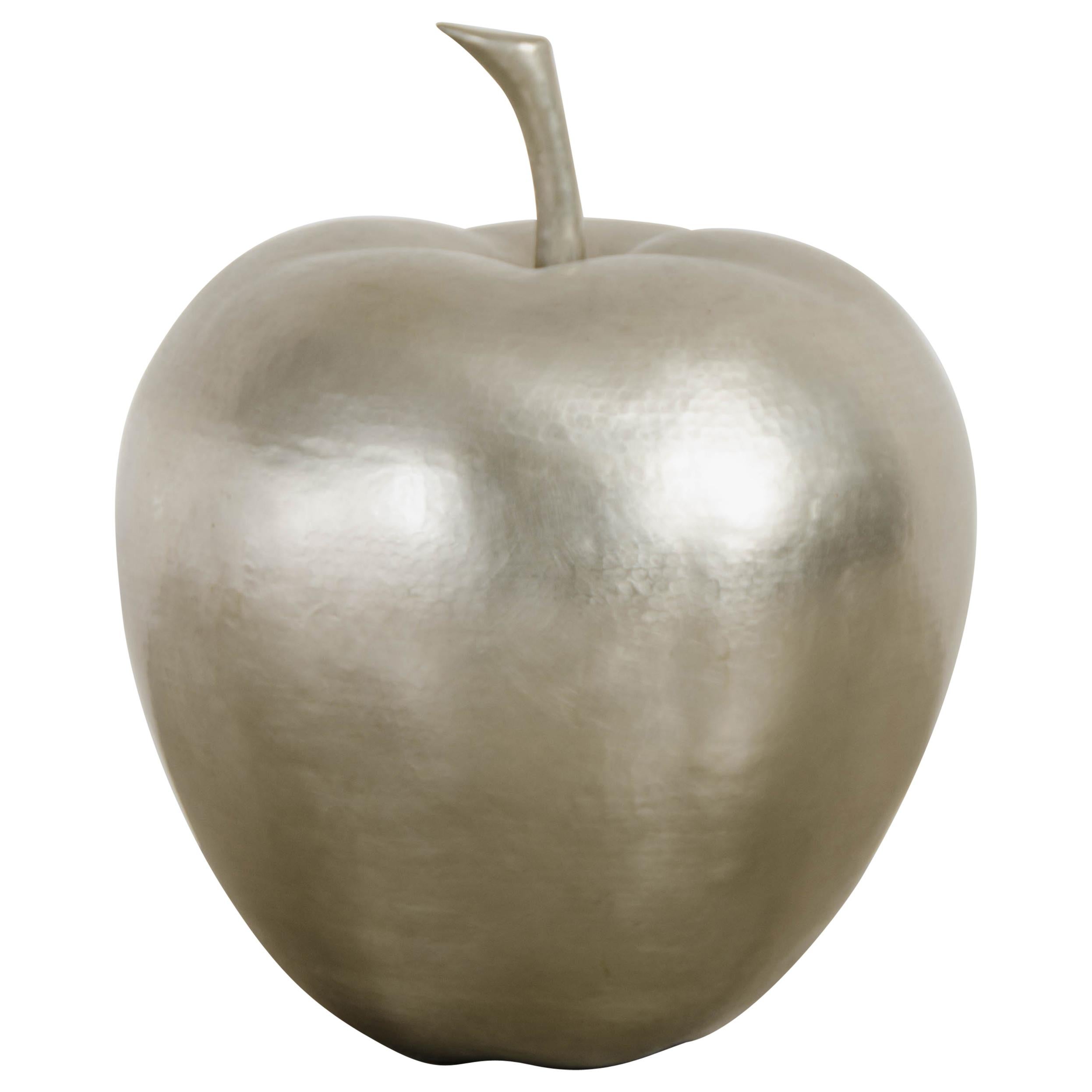 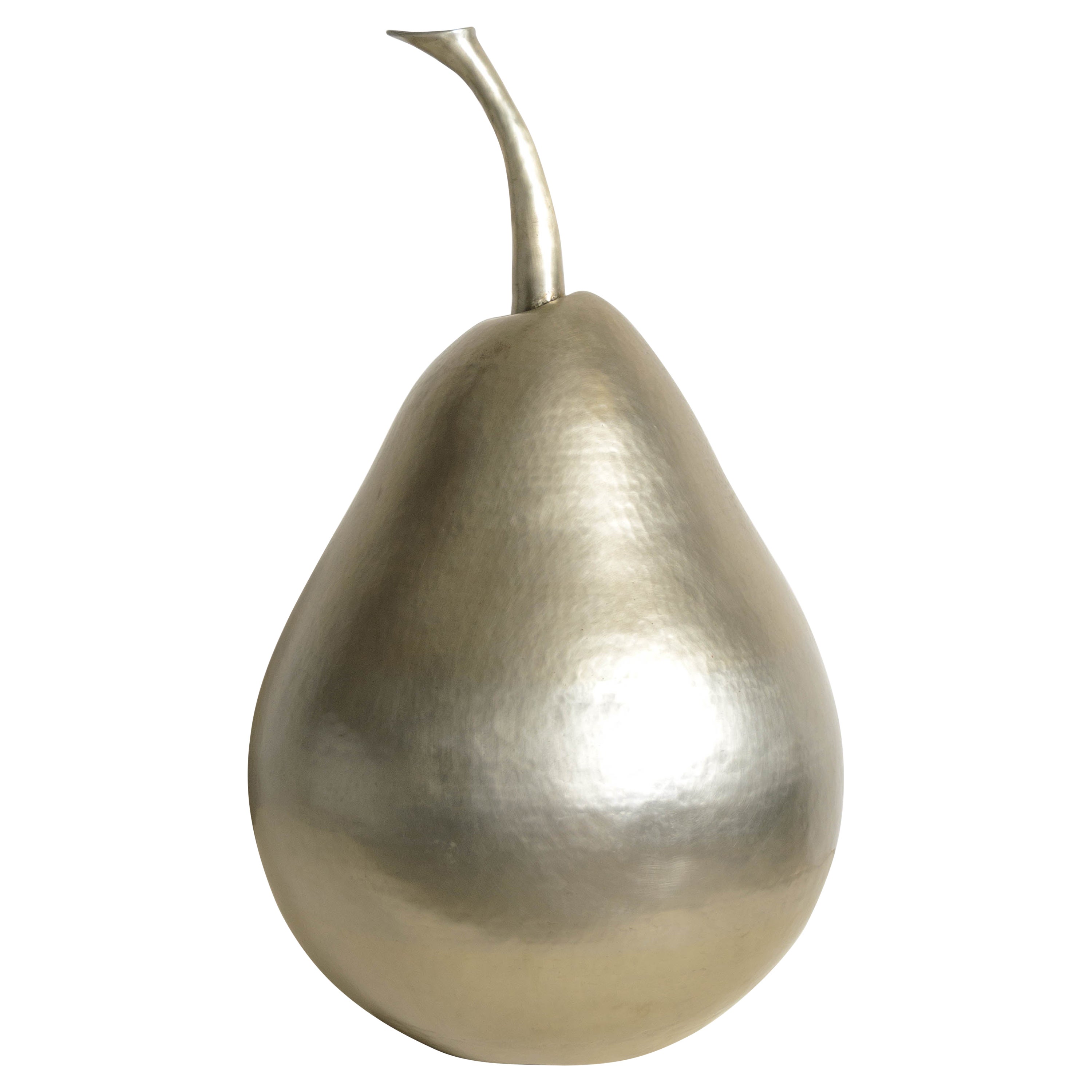 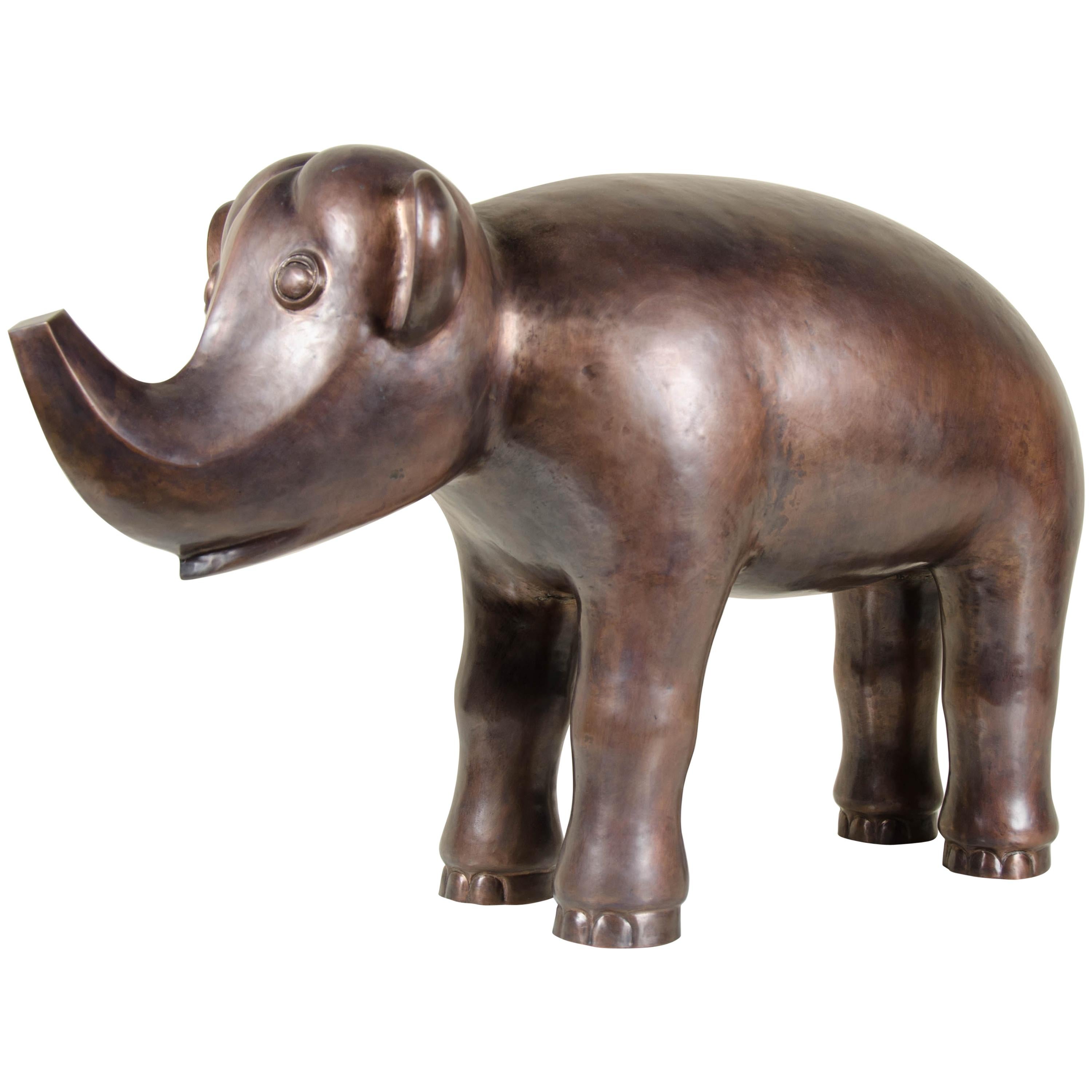 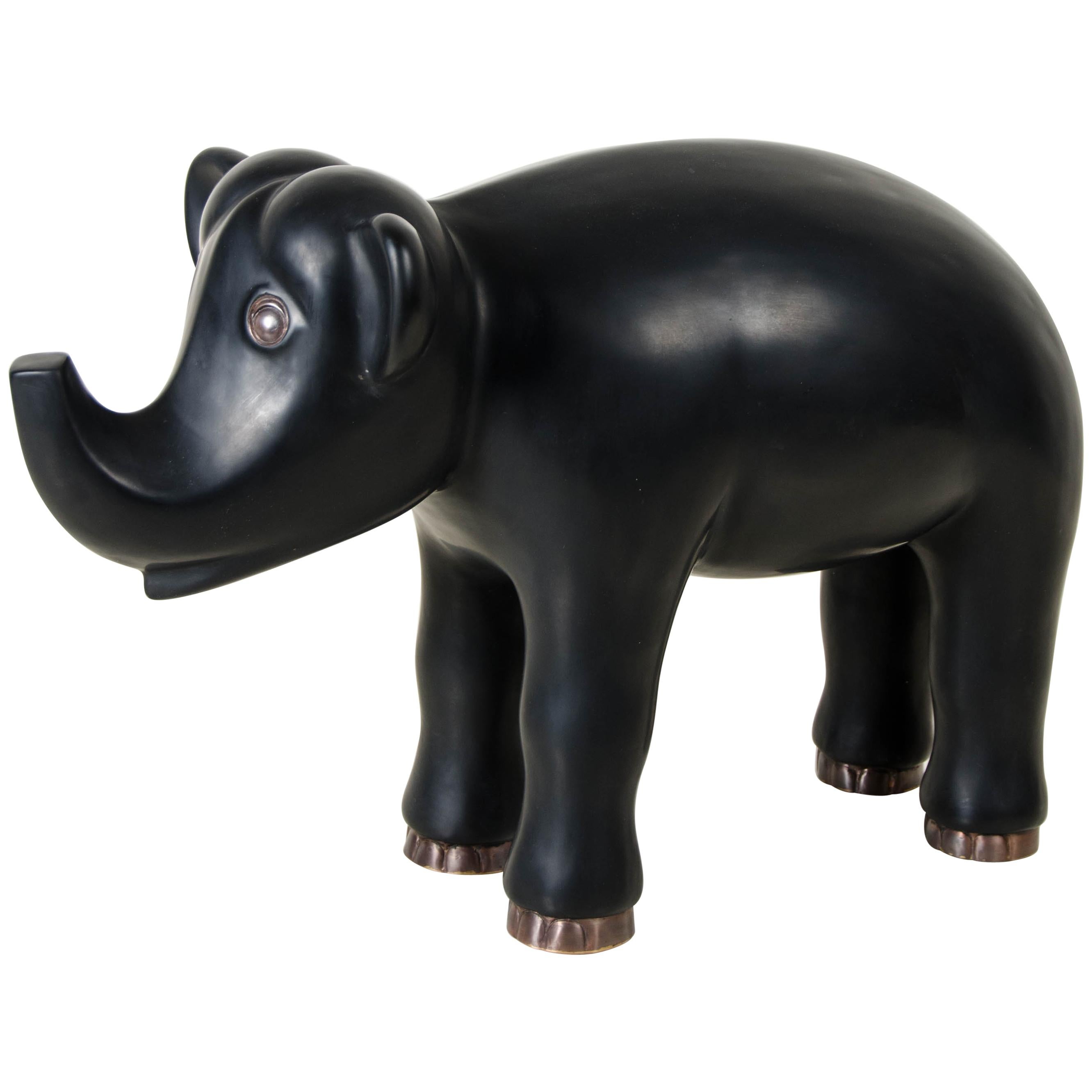 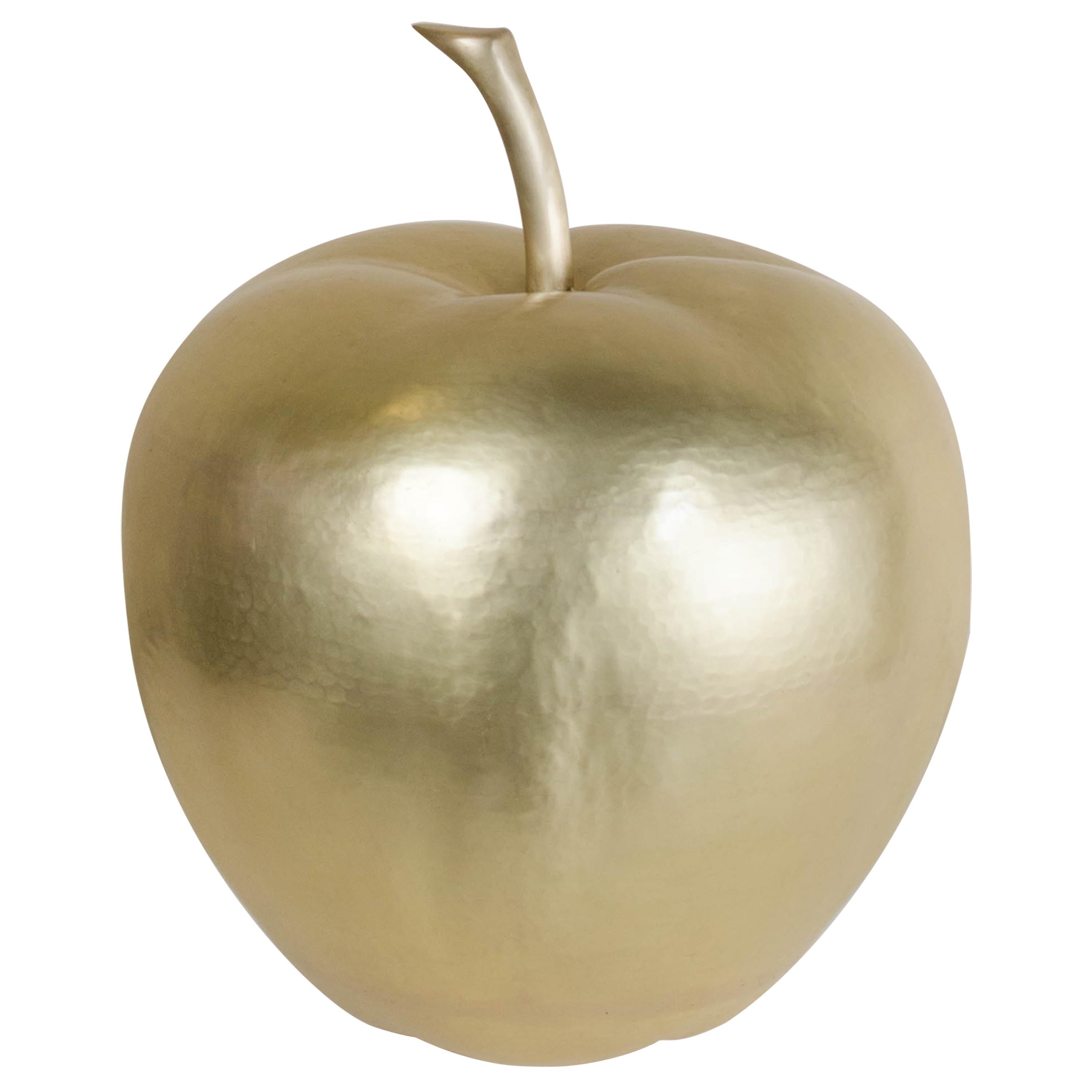 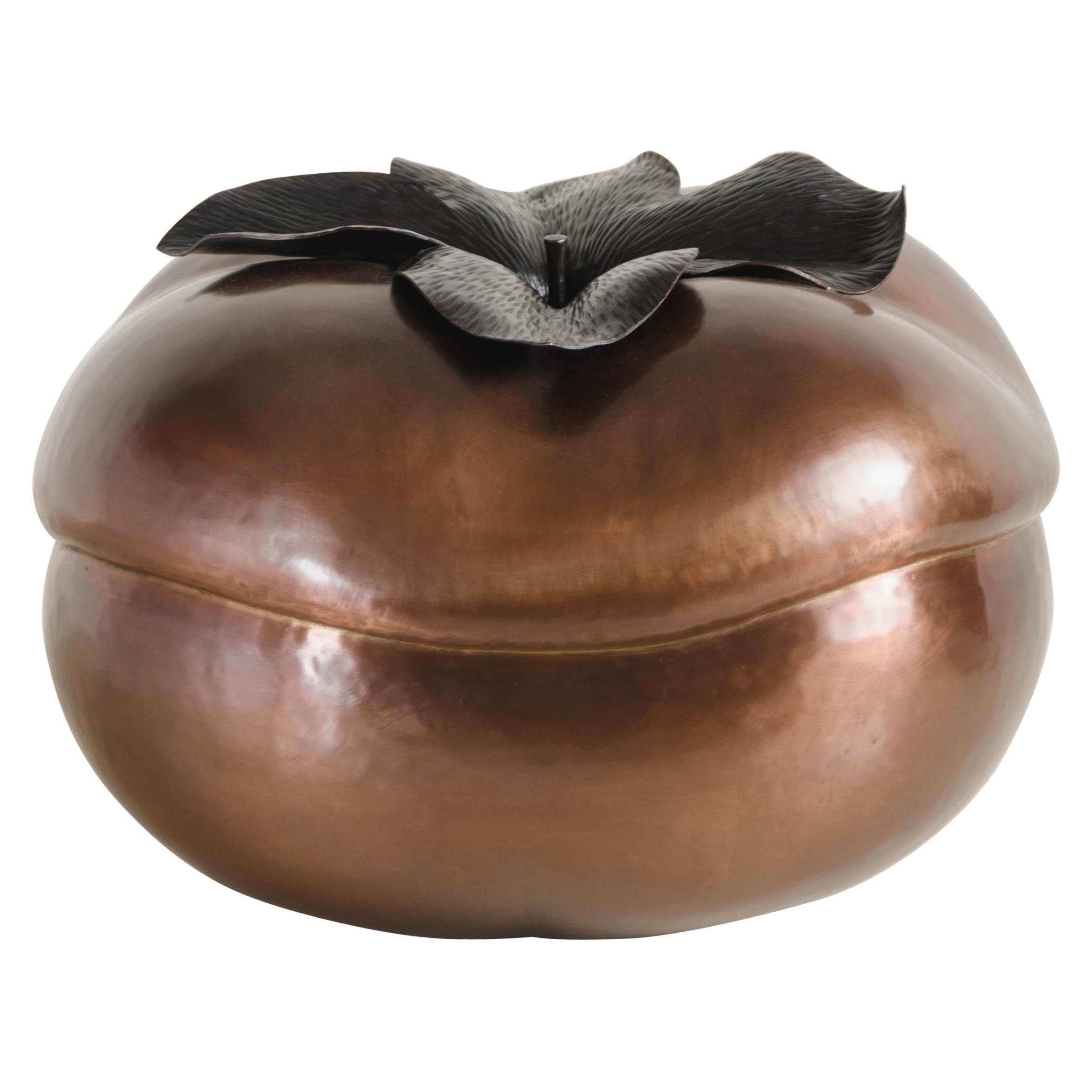 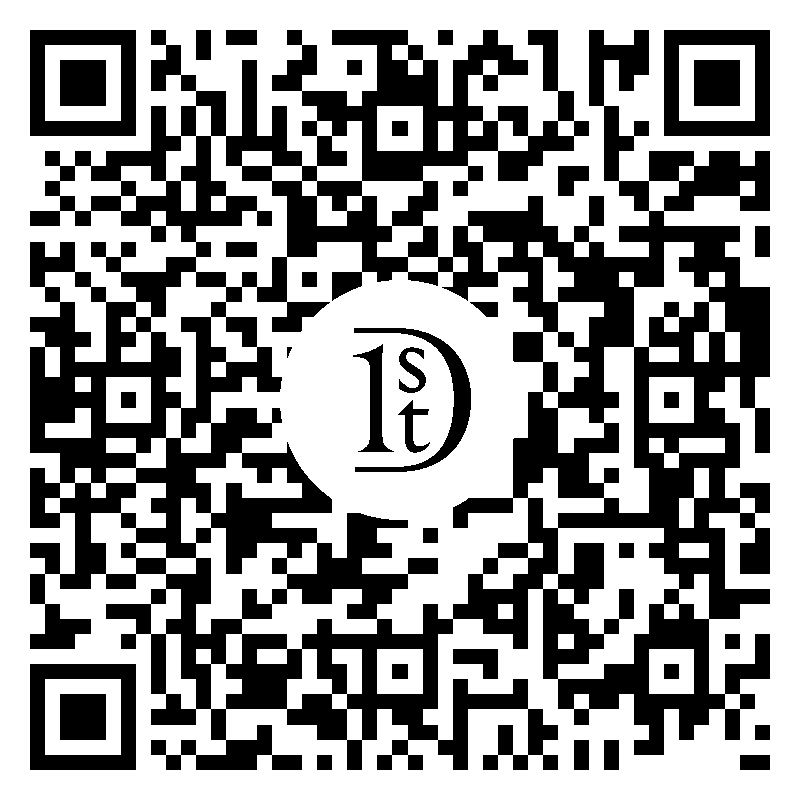 Cherries White bronze Hand repousse Limited edition Each piece is individually crafted and is unique. Repousse´ is the traditional art of hand-hammering decorative relief onto sheet metal. The technique originated around 800 BC between Asia and Europe and in Chinese historical context, it began early as the Han Dynasty (206BC-AD220). The technique involves using a hammer and various shaping tools. 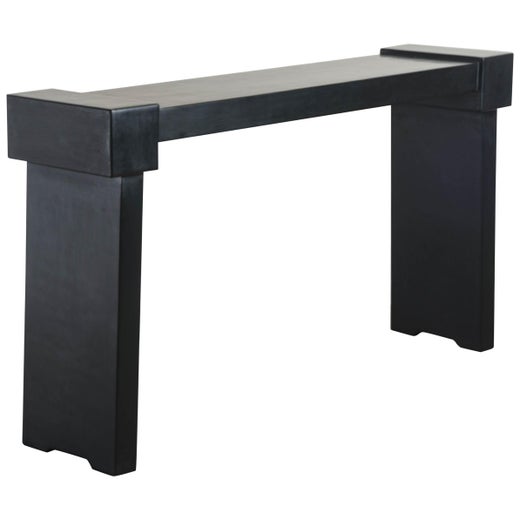 Chinese artist and designer Robert Kuo is known worldwide for his modern furniture and objets d’art that merge ancient tradition and popular decorative styles such as Art Deco and Art Nouveau.

Born in Beijing, Kuo moved with his family to Taiwan in 1947. While he never received a formal art education, Kuo gained technical expertise working as an apprentice at his father’s cloisonné workshop from the age of 15.

In 1973, Kuo emigrated to the U.S. and opened his own cloisonné studio in Beverly Hills, California. There, he utilized the time-honored skills he learned with his father for a wide range of uniquely striking vases, sculptures and bowls. His Goldfish bowl — a technical masterpiece of vibrant colors and cloisonné designs that appear to float against a black enamel background — was acquired by the Smithsonian’s Arthur M. Sackler Gallery for its permanent collection.

In 1984, Kuo opened a showroom in West Hollywood, where it became a favorite among interior designers for the sculptural and often whimsical coffee tables, stools and table lamps on offer. A year later, Kuo shifted his attention toward repoussé — a technique that sees decorative reliefs hammered onto the surface of metals. Examples of Kuo’s repoussé pieces include his black lacquer Cloud chair and Oval coffee table in antique copper.

1stDibs Buyer Protection Guaranteed
If your item arrives not as described, we’ll work with you and the seller to make it right. Learn More
About the Seller
5.0
Located in Los Angeles, CA
Gold Seller
These expertly vetted sellers are highly rated and consistently exceed customer expectations.
Established in 1984
1stDibs seller since 2016
189 sales on 1stDibs
Typical response time: <1 hour
More From This SellerView All
People Also Browsed
You May Also Like 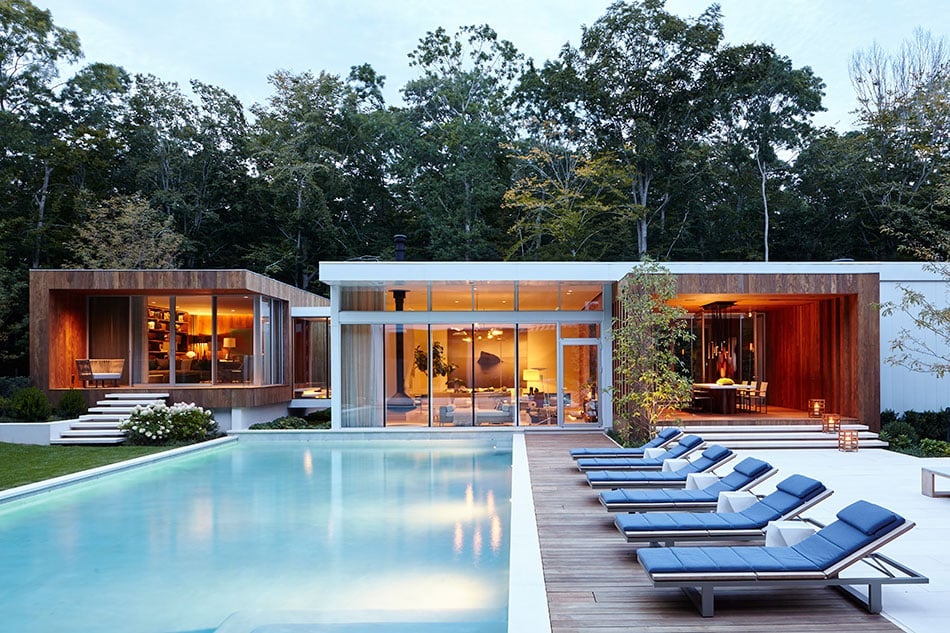 Architect Blaze Makoid Does Chic, Not Shingles, in the Hamptons

The home designer has a knack for camouflaging the volume of sprawling houses and making their interiors feel intimate.