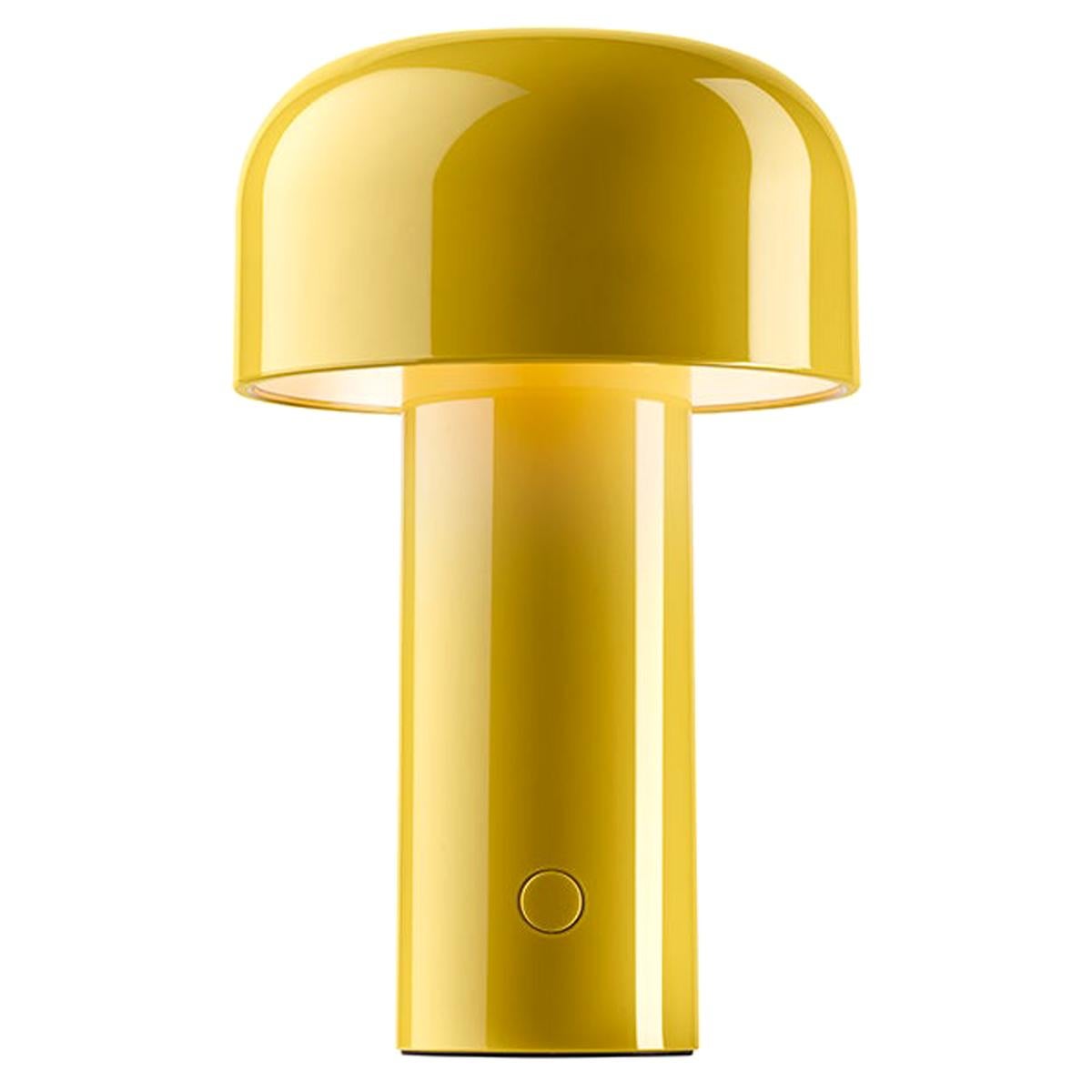 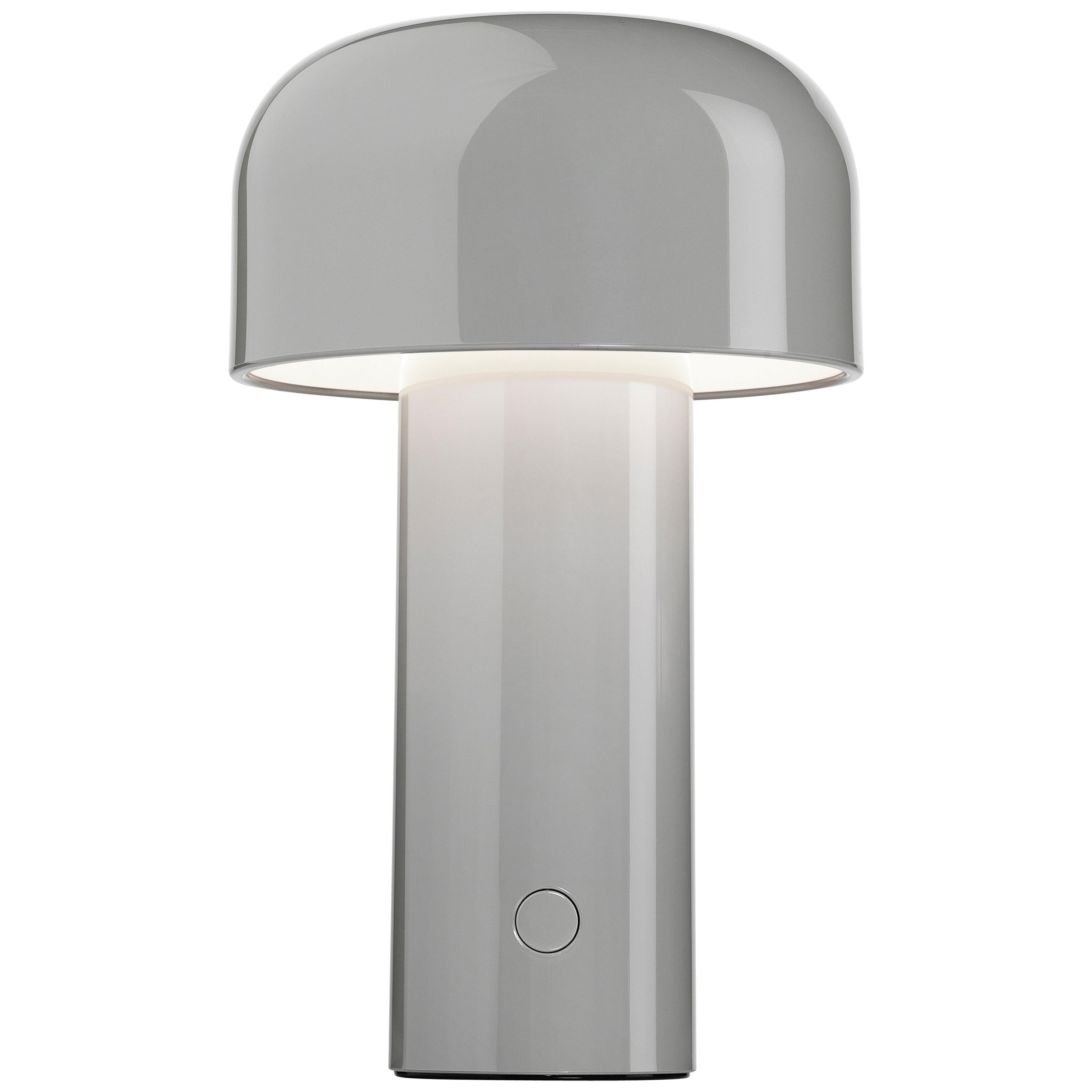 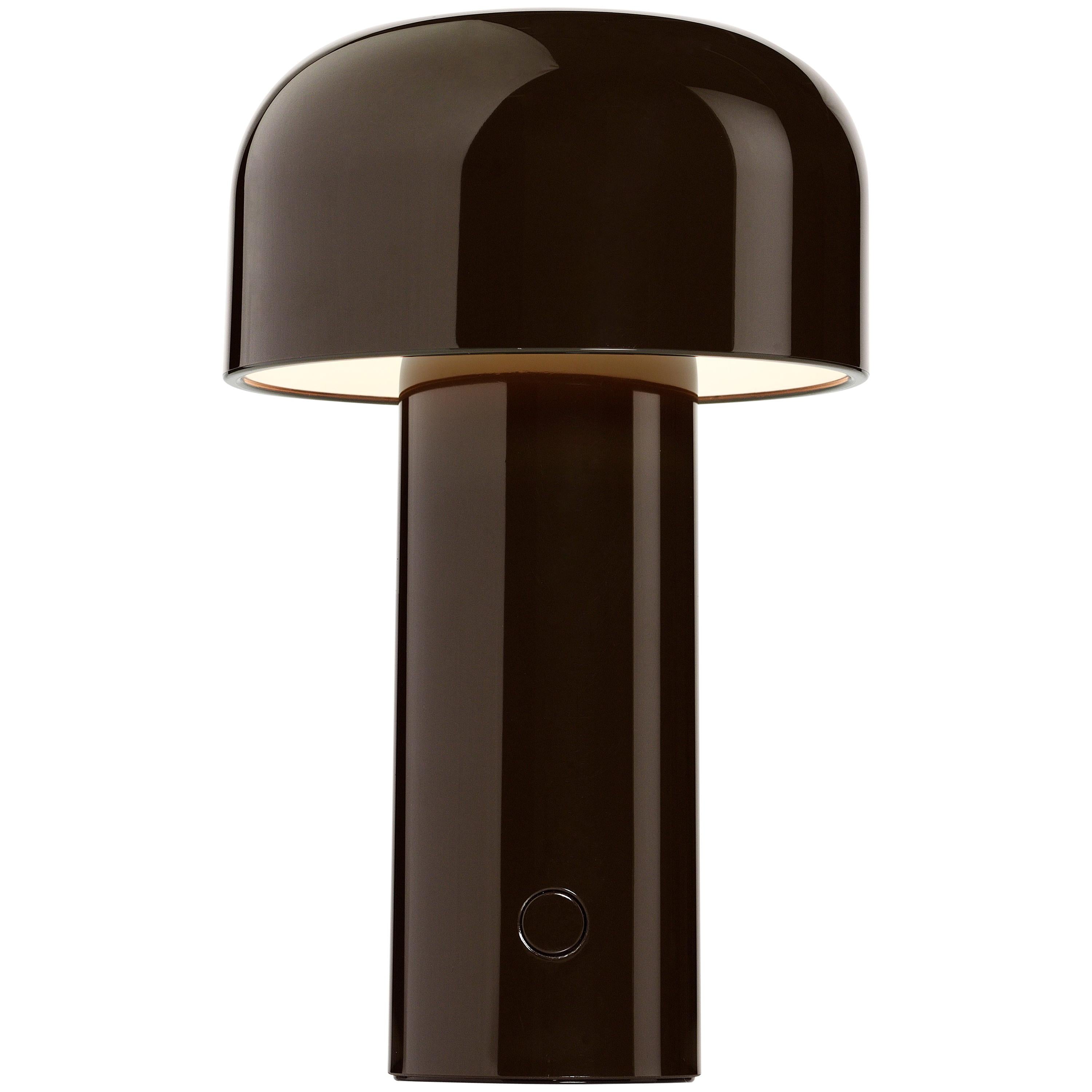 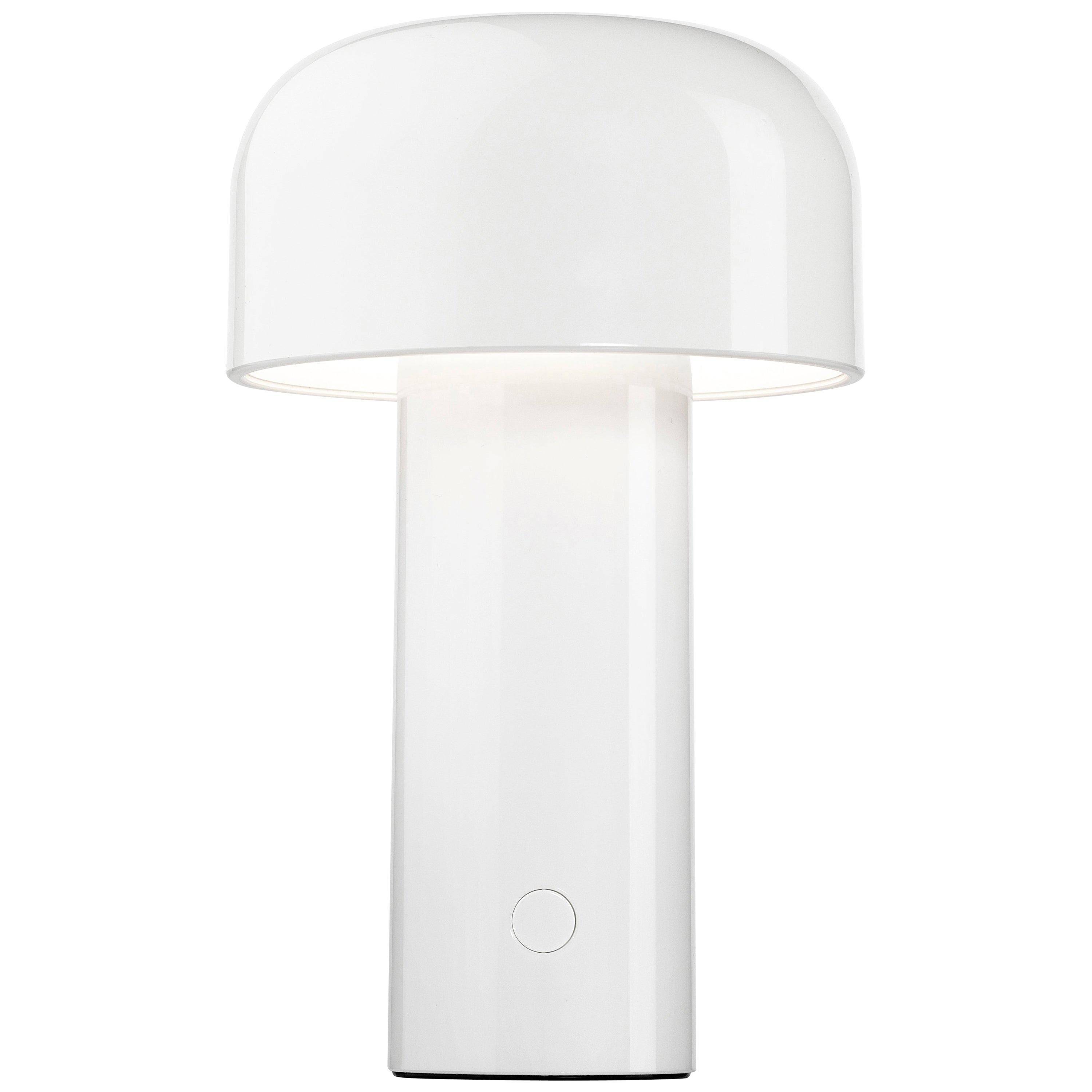 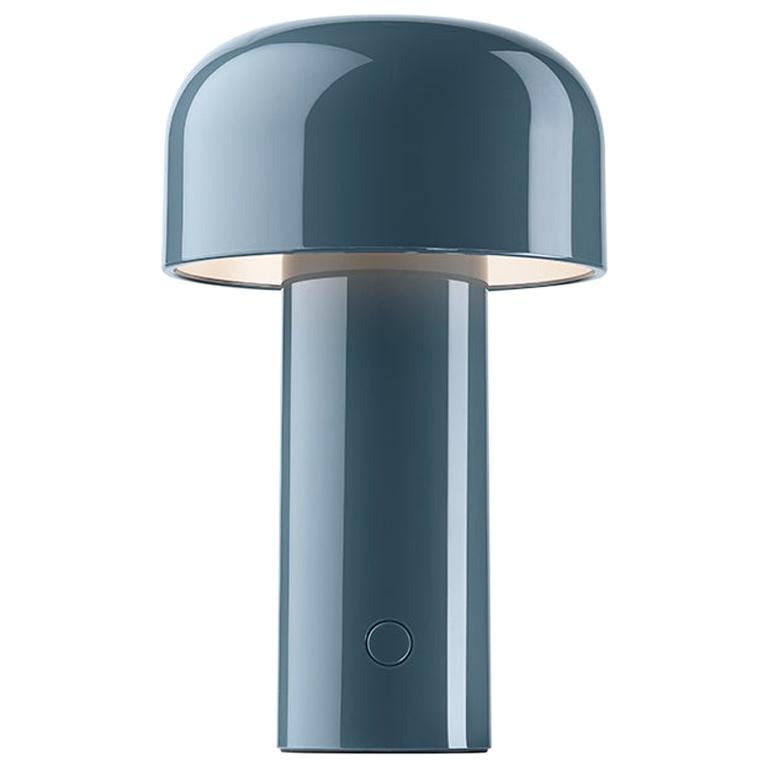 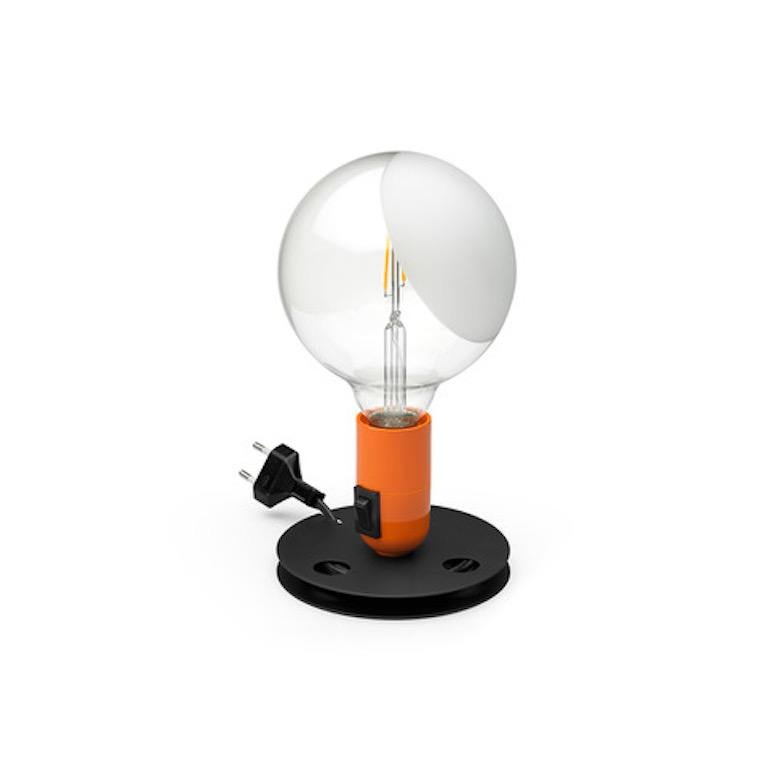 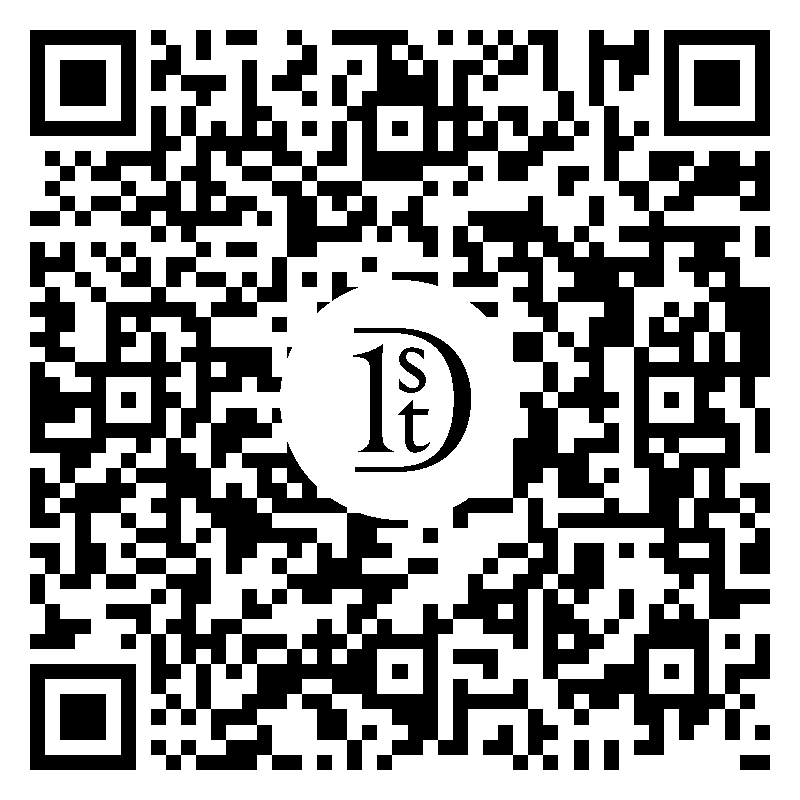 FLOS Bellhop T Table Lamp in Burnt Orange by Edward Barber & Jay Osgerby This sleek tabletop lamp was originally created by renowned designers Edward Barber and Jay Osgerby for the London Design Museum. Evoking the spirit of a candle, the Bellhop can be carried from room to room, casting a pool of direct light wherever it goes. Portable and wireless, it charges via a micro USB-C and holds a charge for up to 24 hours. Inspiration behind the design: Designed by Edward Barber and Jay Osgerby, Bellhop is a portable tabletop lamp that evokes the spirit of a modern day candle: Wireless and rechargeable, it can easily be carried from room to room, wherever it is needed. This item is compatible only in the United States and Canada. For customers located outside of these regions, please inquire for availability in your area. 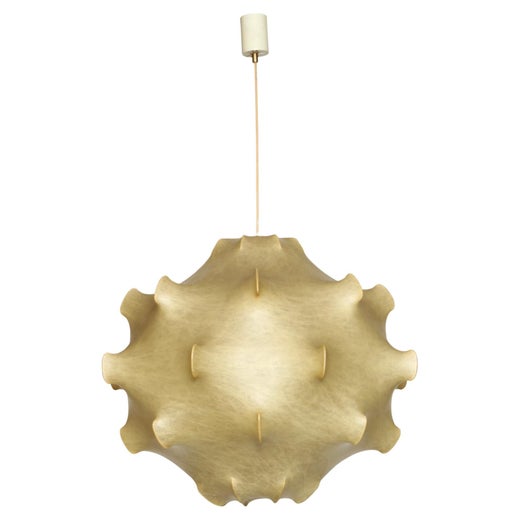 Imaginative lighting is a longtime hallmark of modern Italian design. Following in the footsteps of innovative companies such as Artemide and Arteluce, the company FLOS brought a fresh aesthetic philosophy to the Italian lighting field in the 1960s, one that would produce several of the iconic floor lamp, table lamp and pendant light designs of the era.

FLOS — Latin for “flower” — was founded in the northern town of Merano in 1962 by Cesare Cassina (of the famed Cassina furniture-making family) and Dino Gavina, a highly cultured businessman who believed that artistic ideas espoused in postwar Italy could inform commercial design. The two enlisted brothers Achille and Pier Giacomo Castiglioni as their first designers.

Even before FLOS was formally incorporated, the Castiglionis gave the firm one of its enduring successes with the Taraxacum pendant and associated designs made by spraying an elastic polymer on a metal armature. (George Nelson had pioneered the technique in the United States in the early 1950s.) For other designs, the brothers found inspiration in everyday objects. Suggestive of streetlights, their Arco floor lamp, with its chrome boom and ball-shaped shade sweeping out from a marble block base, has become a staple of modernist decors. Designing for FLOS since 1966, Tobia Scarpa has also been inspired by the commonplace. His folded-metal Foglio sconces resemble a shirt cuff; his carved marble Biagio table lamp looks like a jai alai basket.

1stDibs Buyer Protection Guaranteed
If your item arrives not as described, we’ll work with you and the seller to make it right. Learn More
About the Seller
5.0
Located in New York, NY
Vetted Seller
These experienced sellers undergo a comprehensive evaluation by our team of in-house experts.
Established in 1962
1stDibs seller since 2018
613 sales on 1stDibs
Typical response time: Several days
More From This SellerView All
People Also Browsed
You May Also Like
Featured in Most Coveted DesignsView All