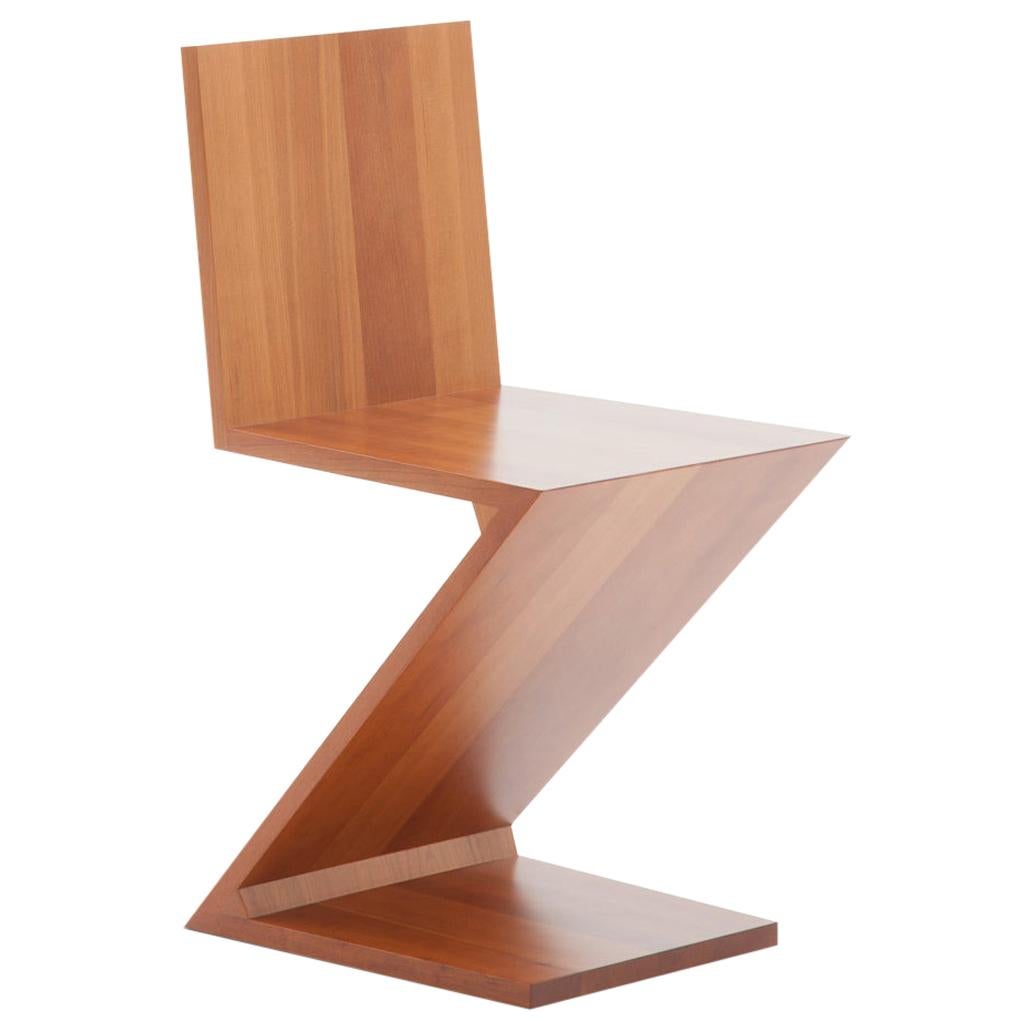 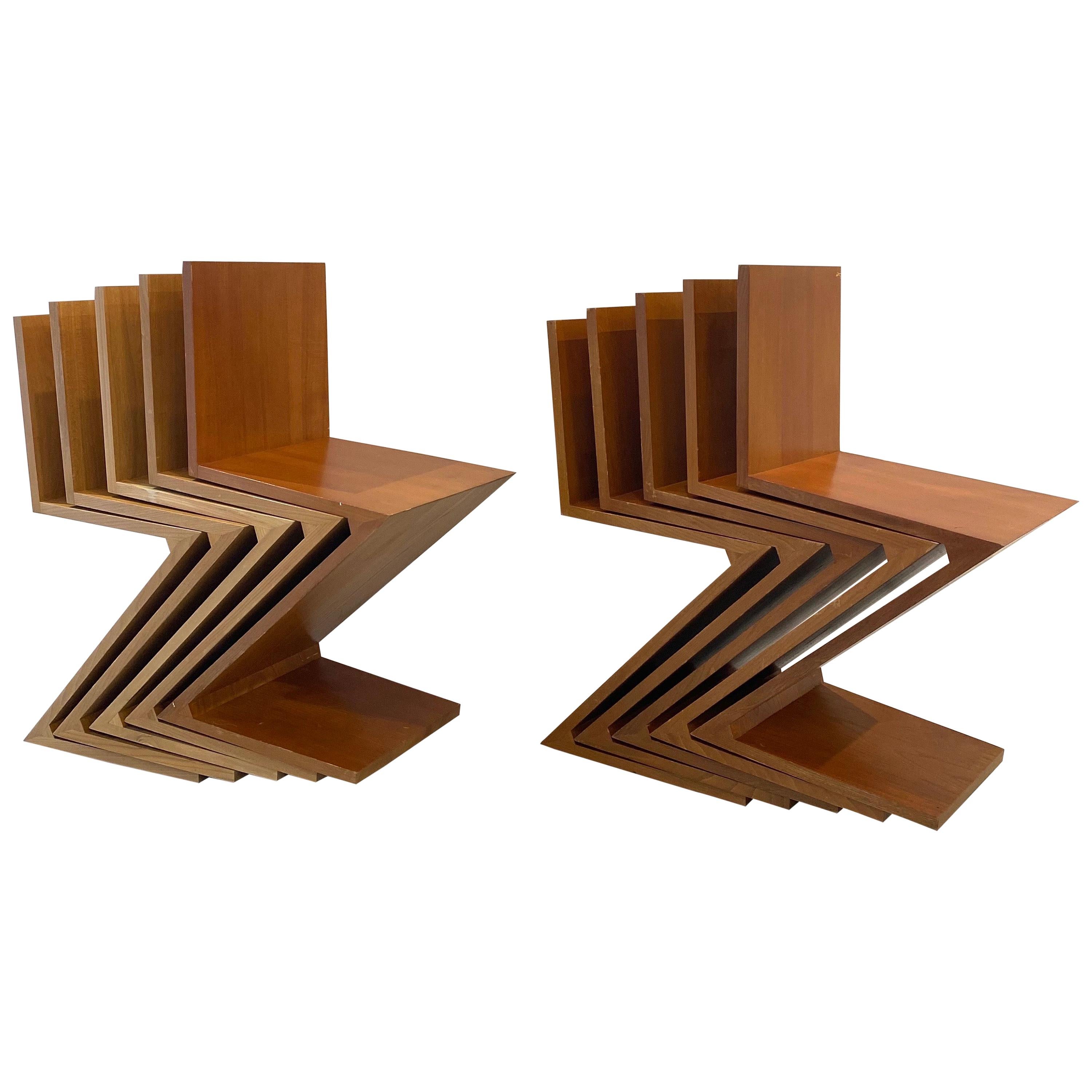 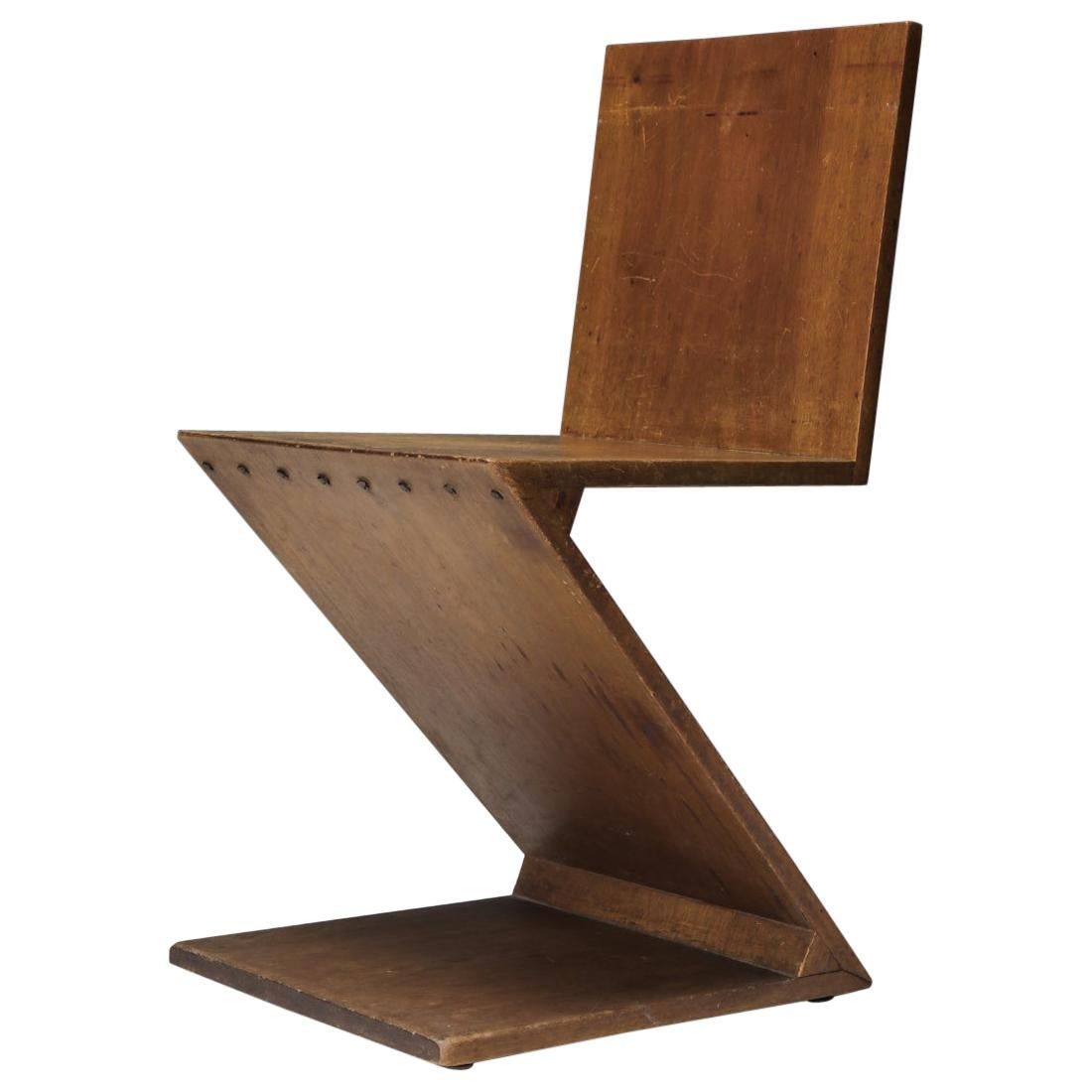 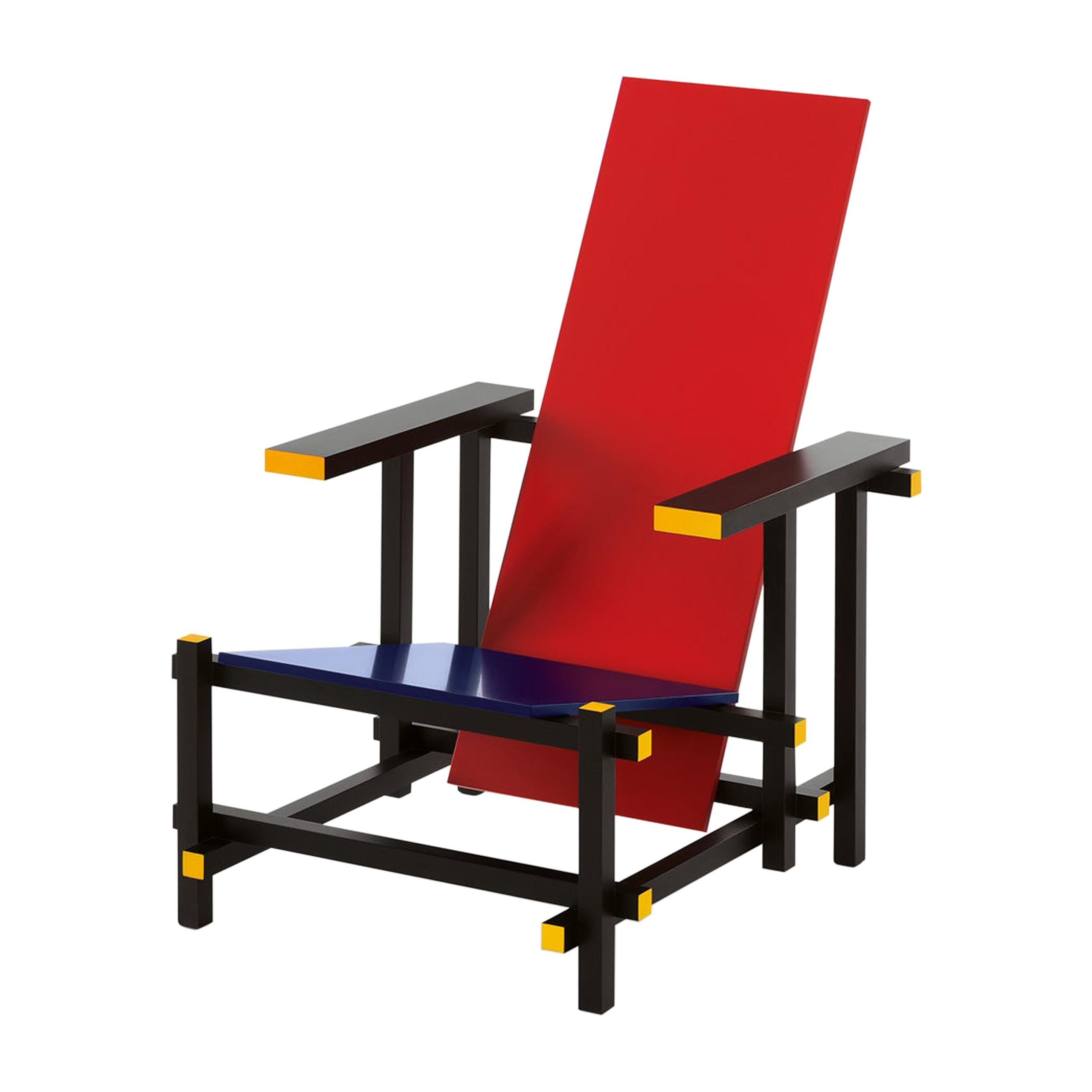 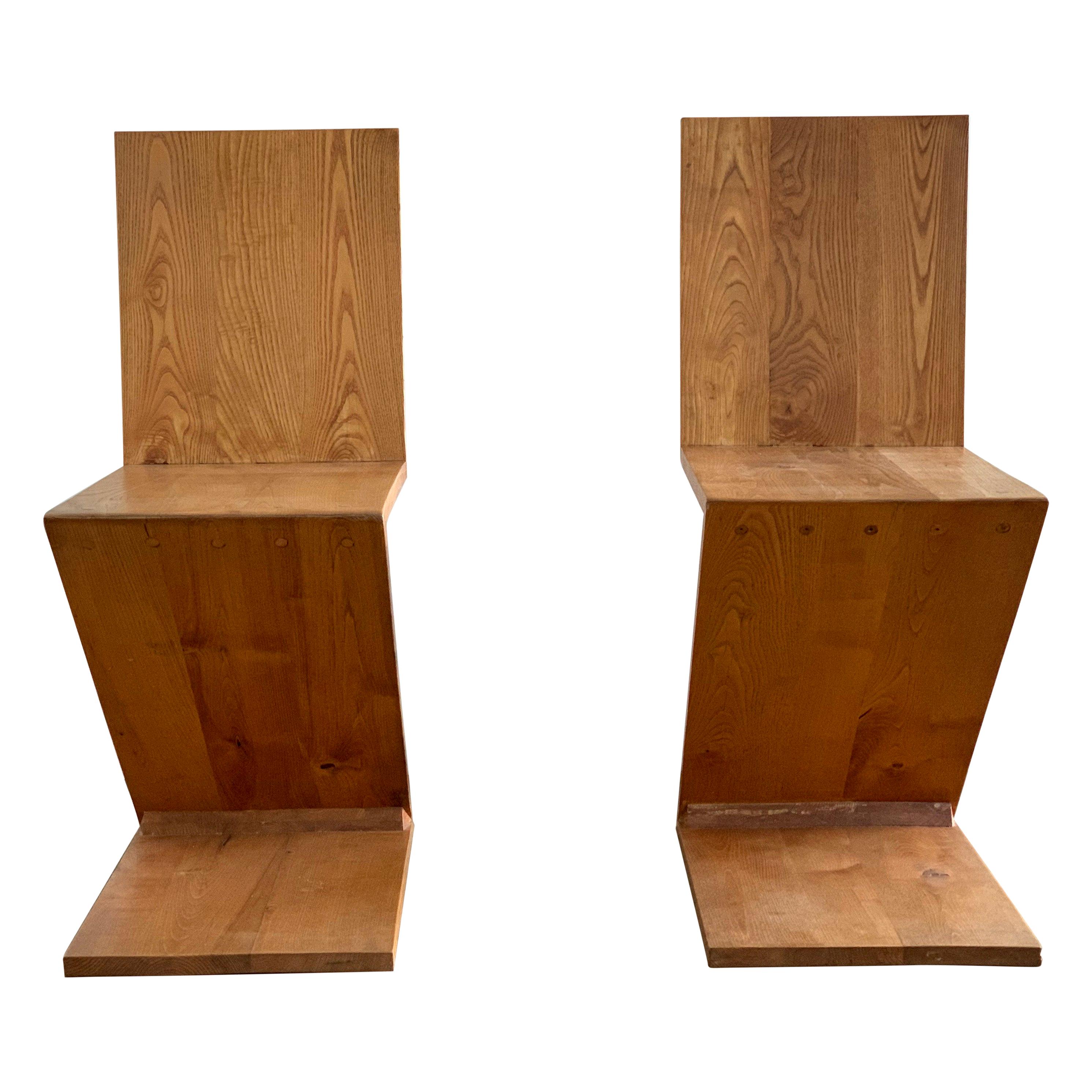 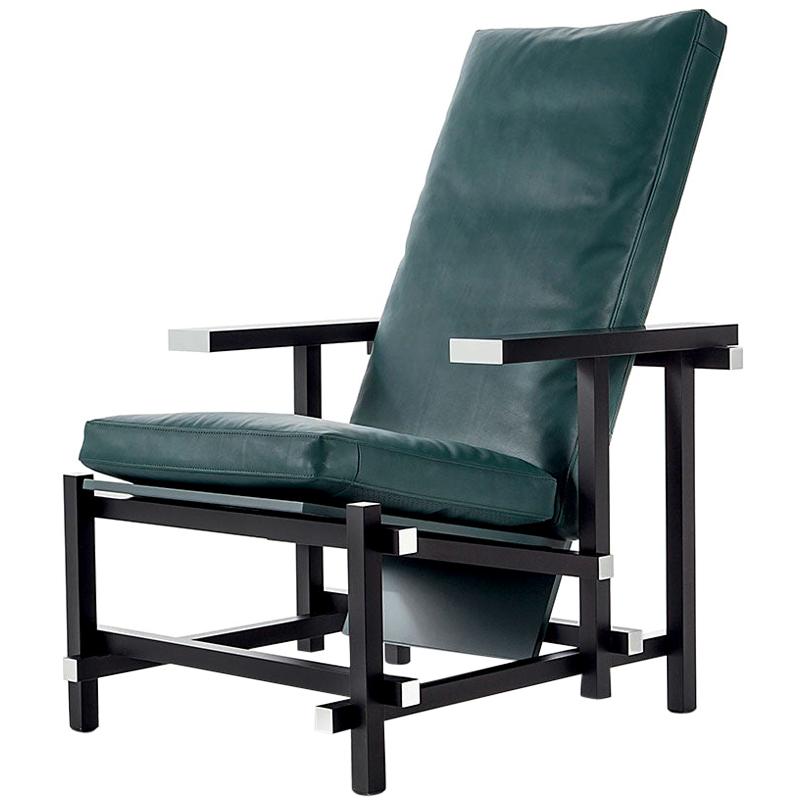 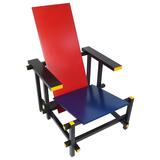 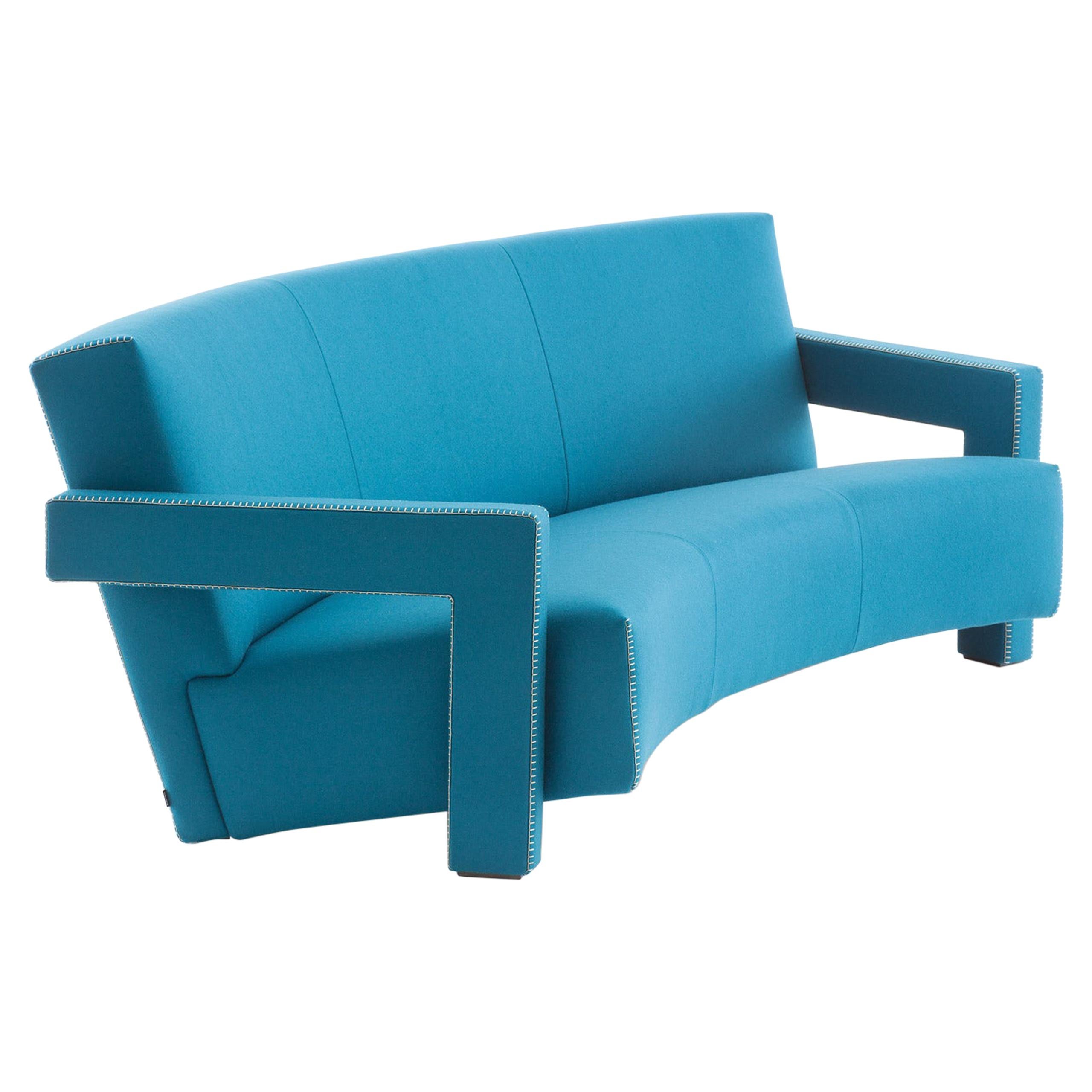 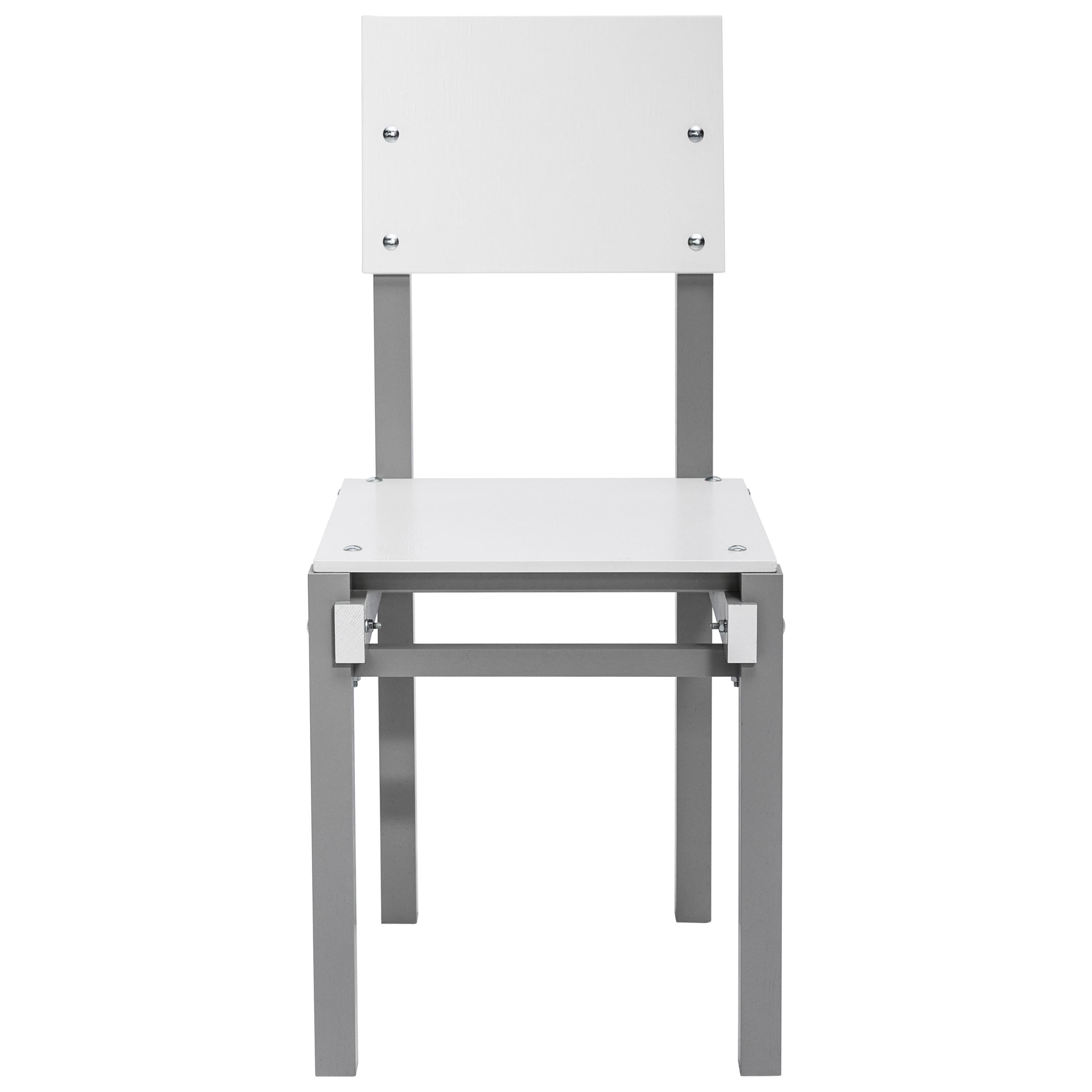 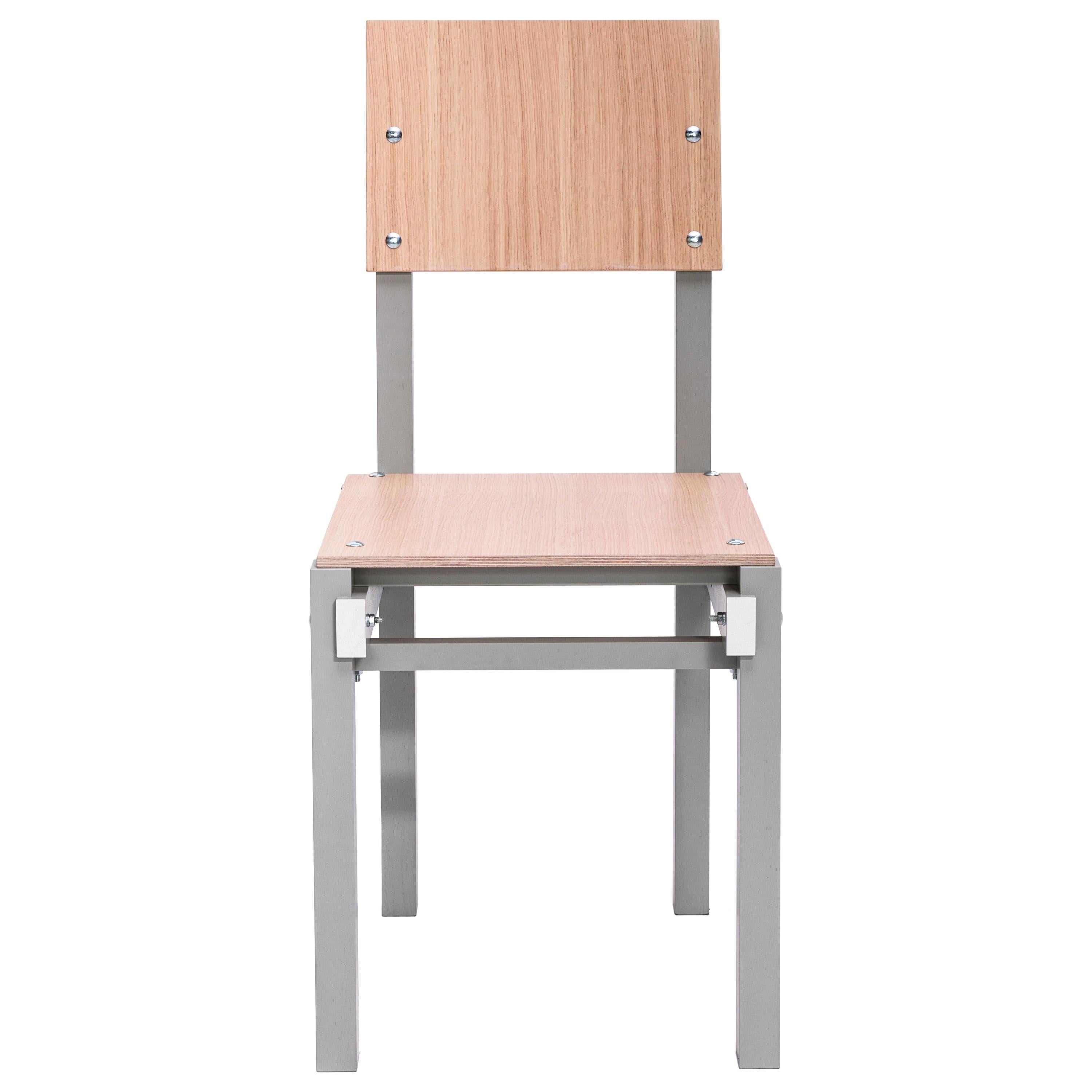 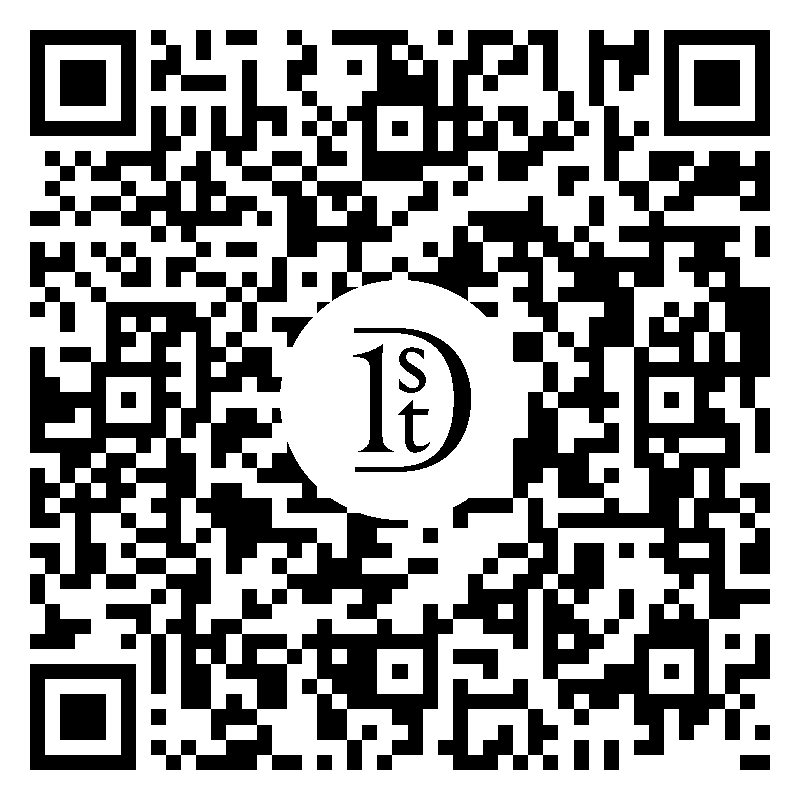 Designed by Gerrit Rietveld
“It is not a chair but a designer joke,” Gerrit Rietveld (1888–1964) famously said of the piece that would, ironically, become perhaps his most recognizable chair design. Introduced in 1934, the Zig-Zag chair was the result of Dutch department store Metz & Co having enlisted Rietveld to create a chair for mass production. By this time, Rietveld had gained international acclaim for designs like his famous Red and Blue chair as well as the groundbreaking Rietveld Schröder House (1924) in his native Utrecht (now a UNESCO World Heritage Site), where he had brought to life many of the ideals of abstraction espoused in the De Stijl (“the Style”) movement. By the late 1920s, though, the designer had largely abandoned De Stijl in favor of a new movement, Nieuwe Zakelijkheid, or “New Pragmatism,” which aligned with other modernist movements for its emphasis on functionality and eschewing of ornamentation. Rietveld began experimenting with alternative, inexpensive materials like plywood and concrete. Metz & Co’s request for a simple seat, then, would seem a good fit. In the form of the Zig-Zag chair, Rietveld delivered one of the earliest examples of a cantilevered seat. Unlike cantilevered models by Ludwig Mies van der Rohe and Marcel Breuer, however, Rietveld’s didn’t rely on a metal frame. In fact, the Zig-Zag chair is constructed completely from wood, its graphic shape a result of exceptionally precise craftsmanship. Rietveld hoped to produce a chair from one continuous piece of material; while the Zig-Zag doesn’t quite achieve that, it appears to: The seat’s four parts are connected by dovetail joints made from the same wood as the rest of the chair. As a result, the final product appears deceptively simple — despite the carefully calibrated measurement and engineering that goes into its shape, it has the semblance of precariousness. Rietveld would go on to devise various versions of the seat — including a beloved high chair for children — and used it in many of the subsequent interiors he designed as his career developed into more of an architect’s than that of a furniture designer. In 1971, Italian manufacturer Cassina bought the rights to the Zig-Zag chair and has been producing it ever since, even offering it in a selection of primary colored finishes, which harken back to Rietveld’s De Stijl days. The chair’s famous fans include artist Donald Judd and designer Karl Lagerfeld, and it sits in the permanent collection of the Museum of Modern Art. 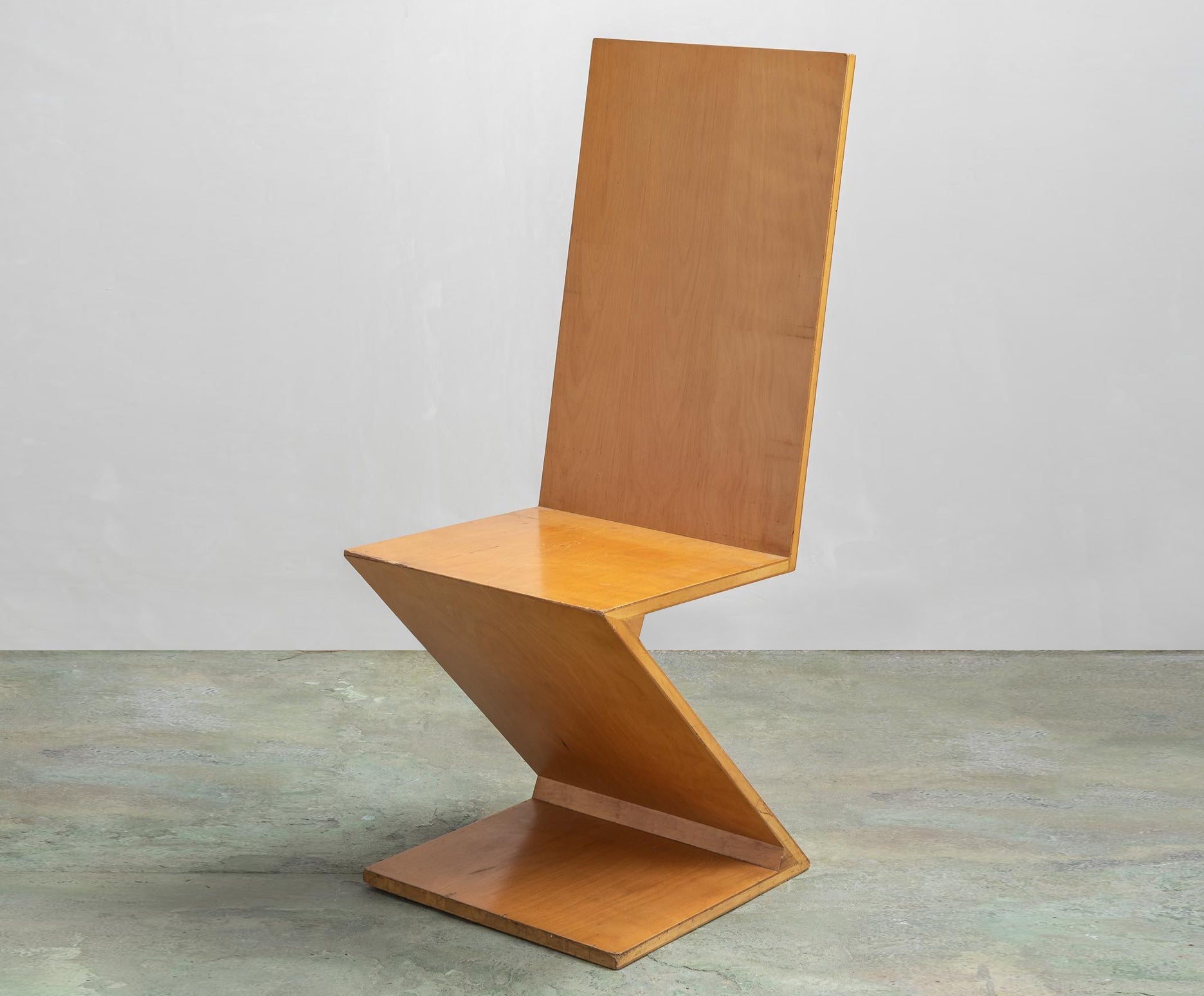 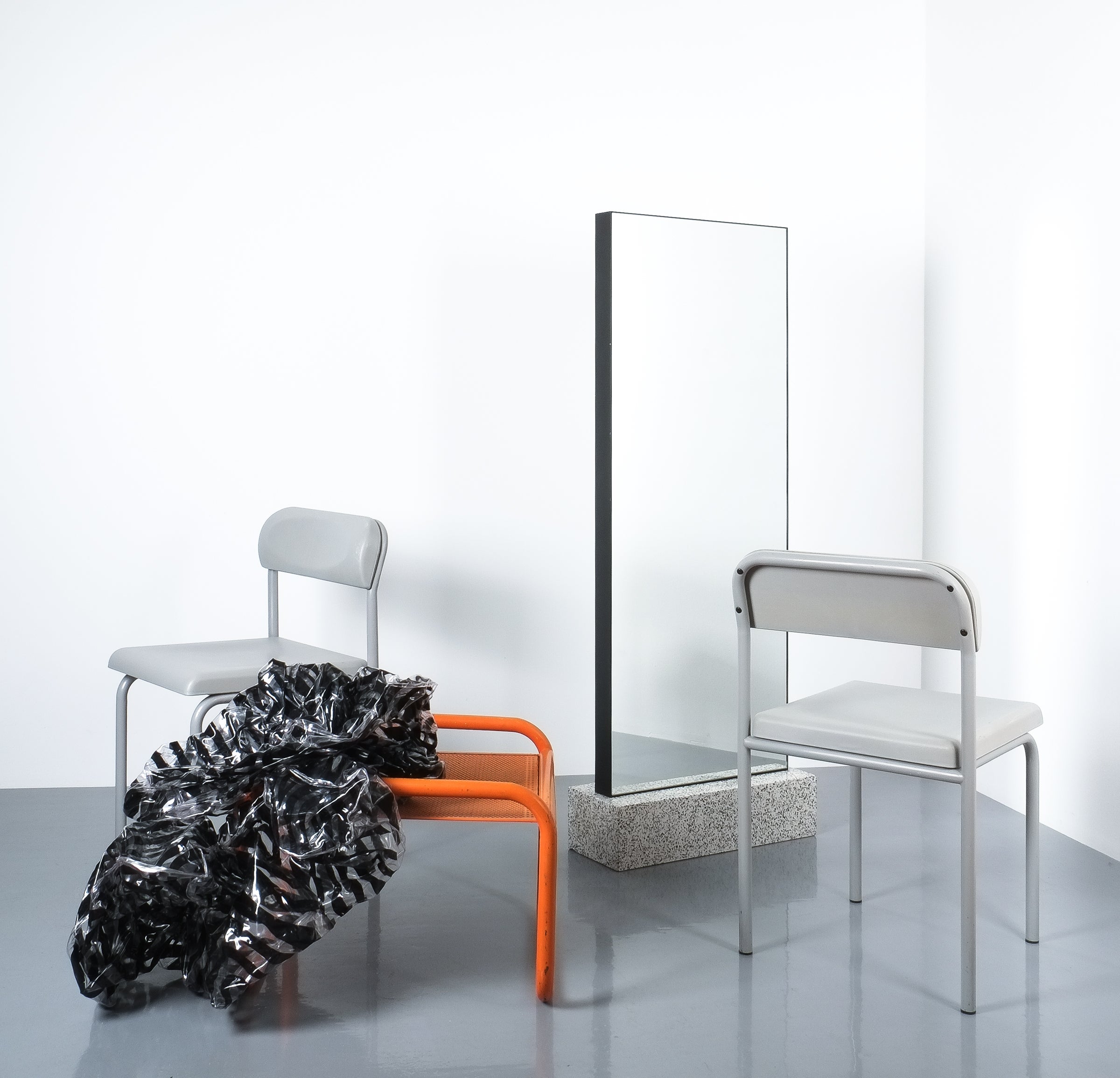 Diamond Seller
These expertly vetted sellers are 1stDibs' most experienced sellers and are rated highest by our customers.
Established in 2011
1stDibs seller since 2013
491 sales on 1stDibs
Typical response time: <1 hour
More From This Seller

$43,819
Gerrit Rietveld Red and Blue Chair by Cassina
By Cassina, Gerrit Rietveld
Located in Barcelona, Barcelona
Chair designed by Gerrit Rietveld in 1918. Relaunched in 1973. Manufactured by Cassina in Italy. A sculptural seat with a pure and rationalist form, this chair became an authenti...
Category

$14,000 / set
Gerrit Rietveld Zeilmaker Version of Black Red and Blue Chair by Cassina
By Gerrit Rietveld, Cassina
Located in Barcelona, Barcelona
Chair designed by Gerrit Rietveld in 1920. Relaunched in 2015. Manufactured by Cassina in Italy. One of the versions of the iconic model dated 1918. The structure is in black-sta...
Category