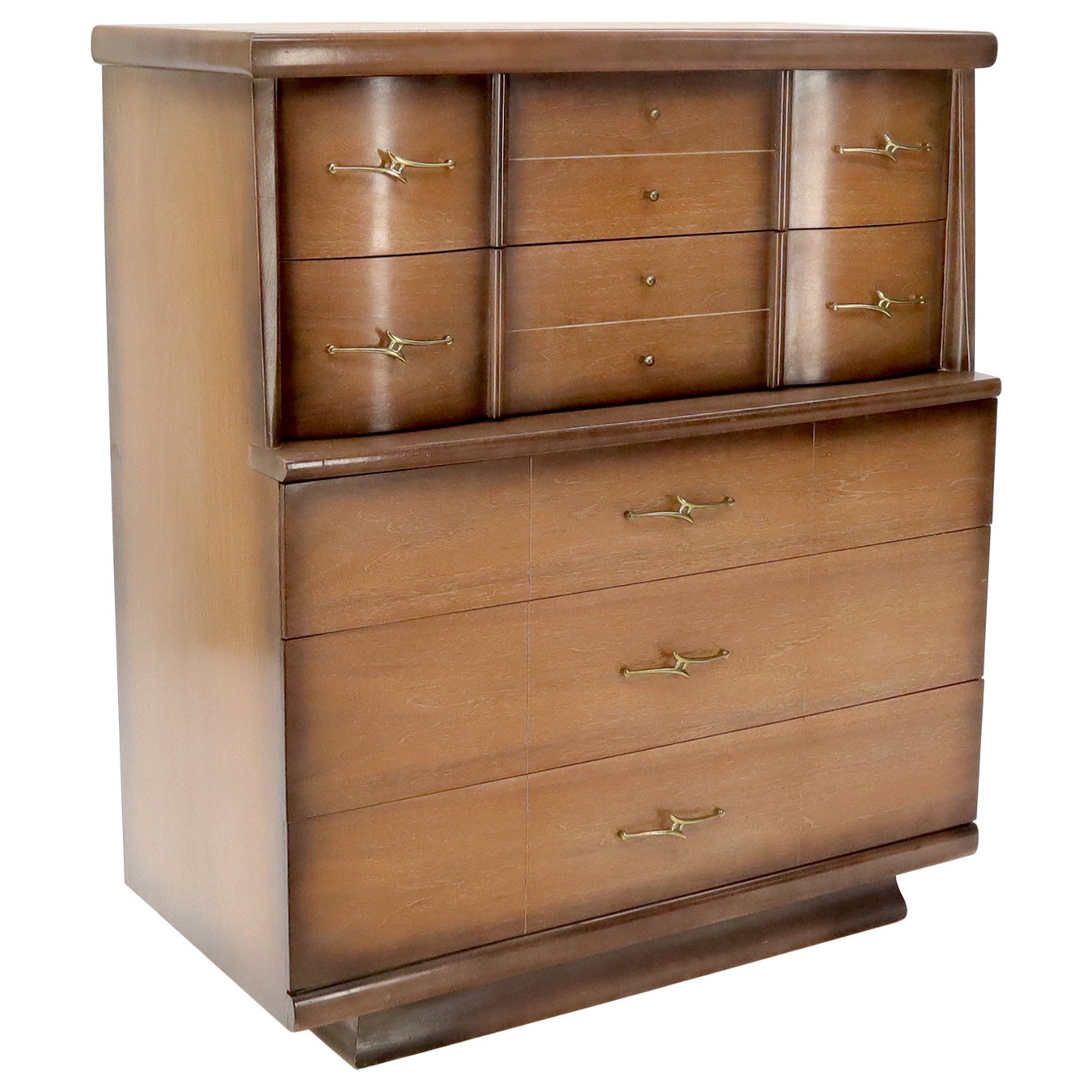 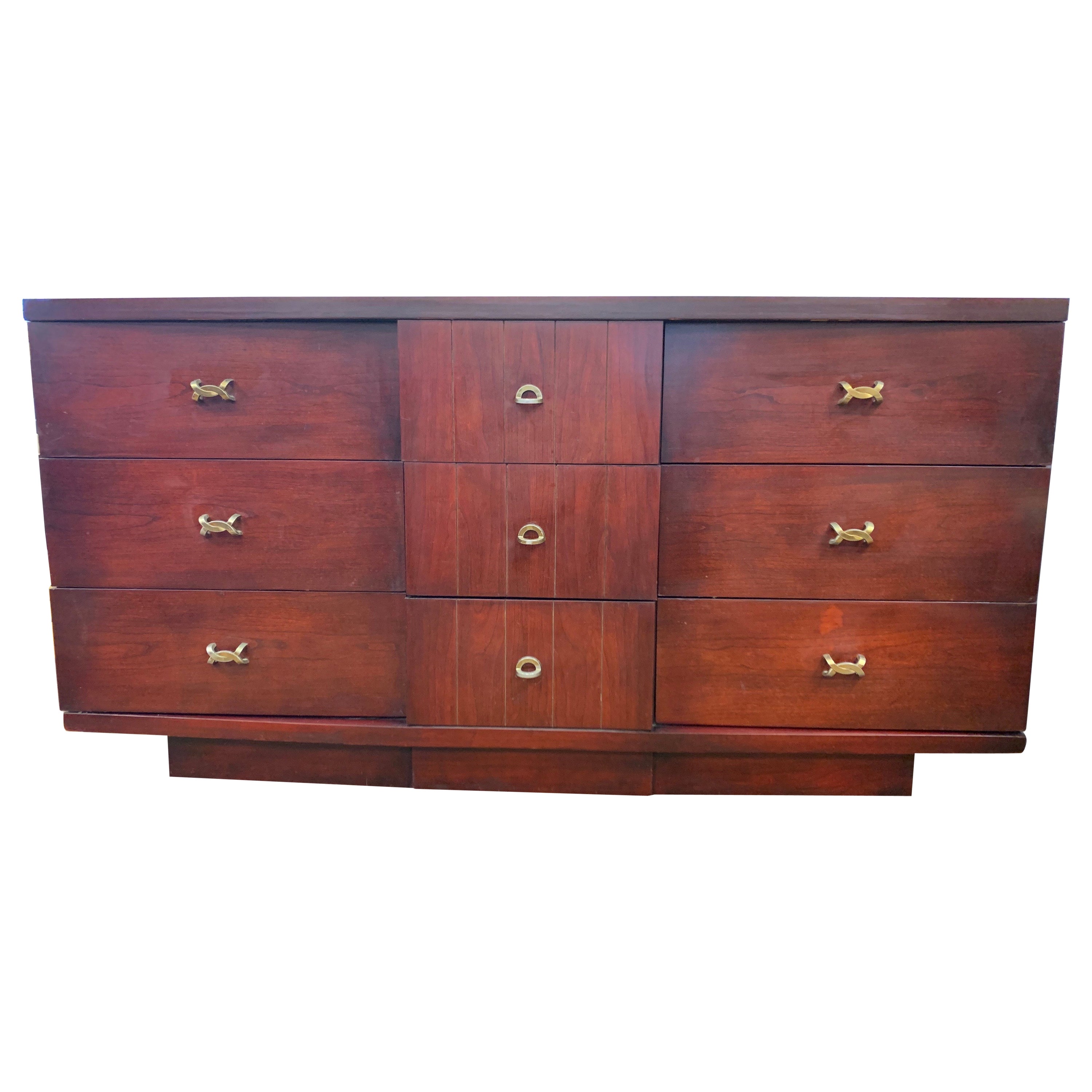 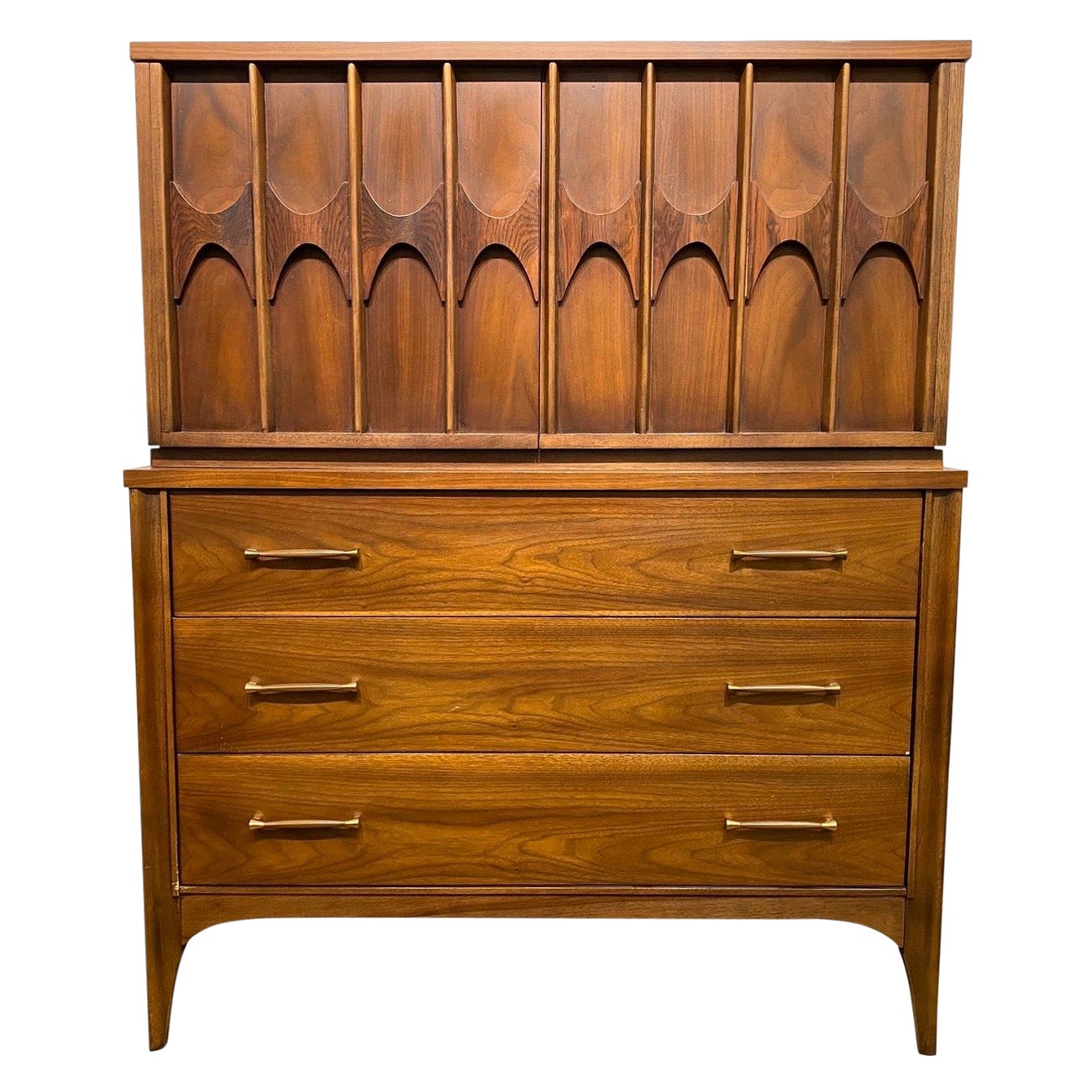 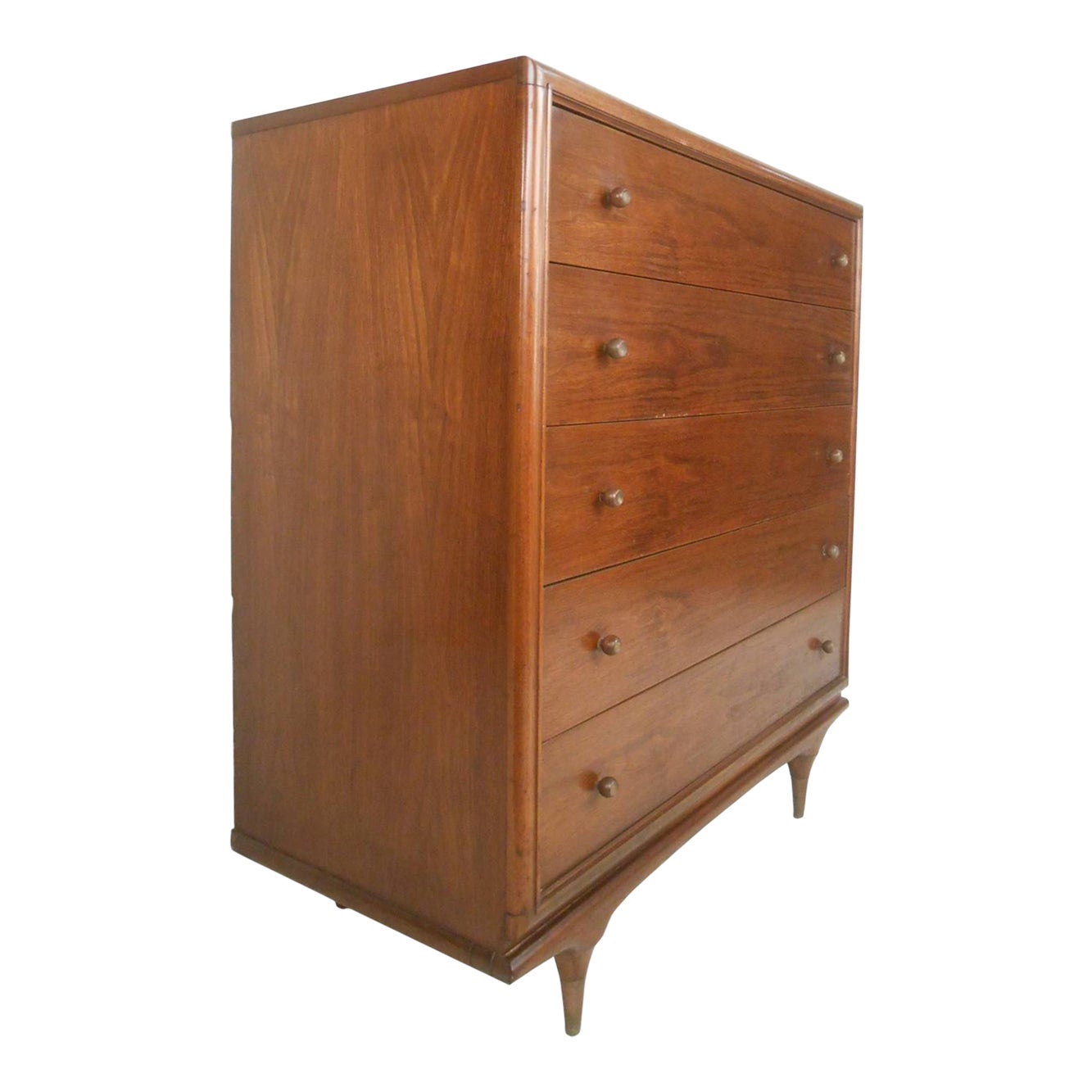 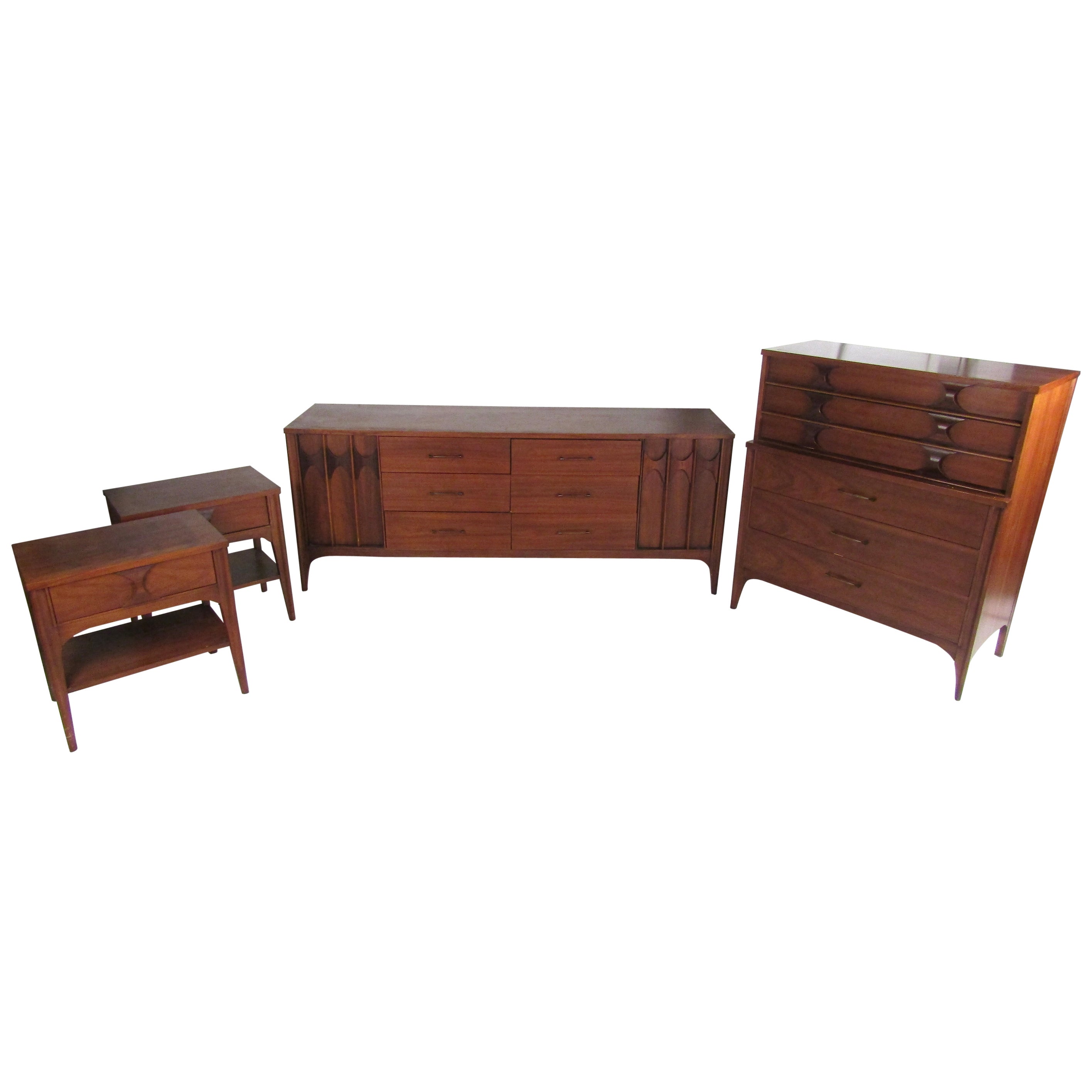 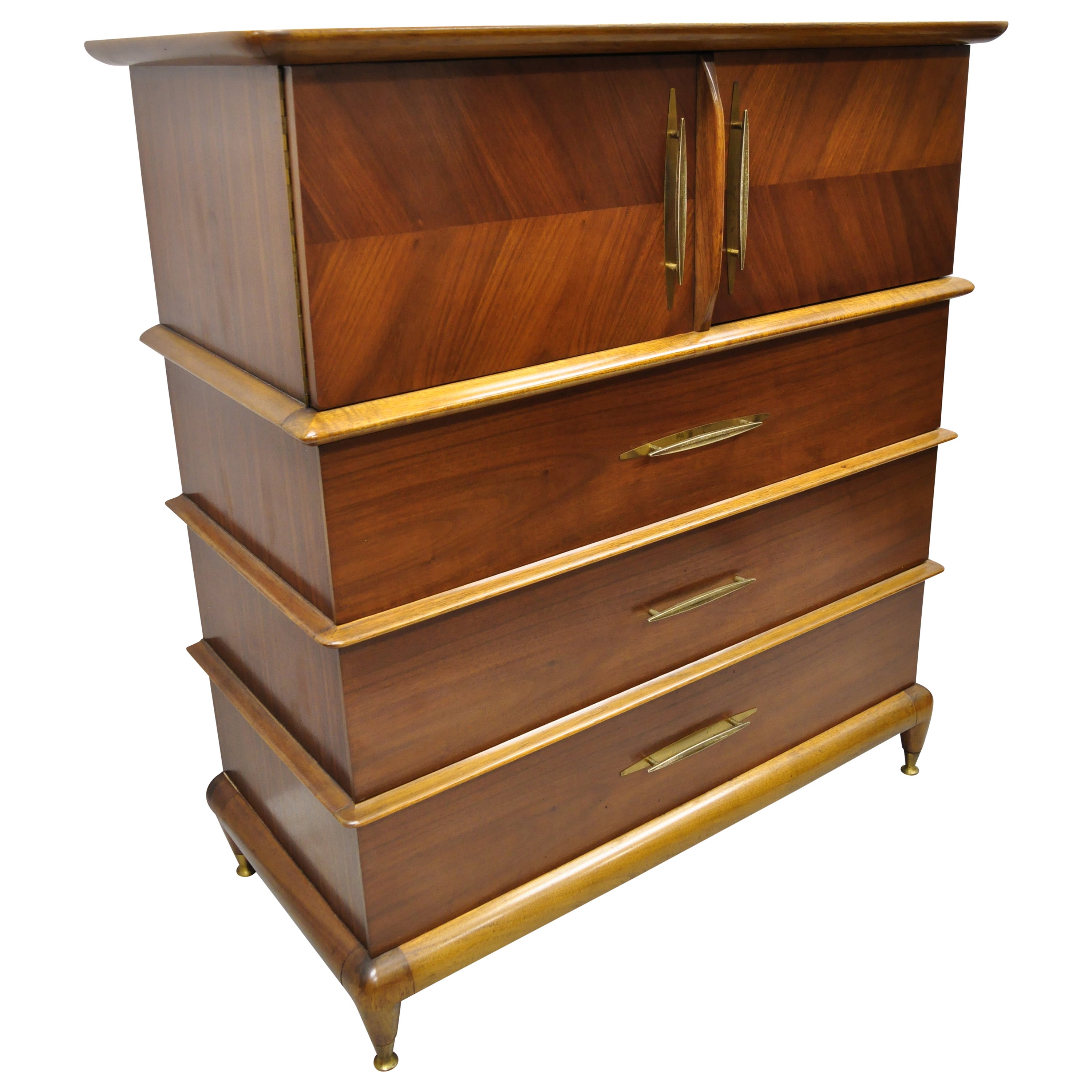 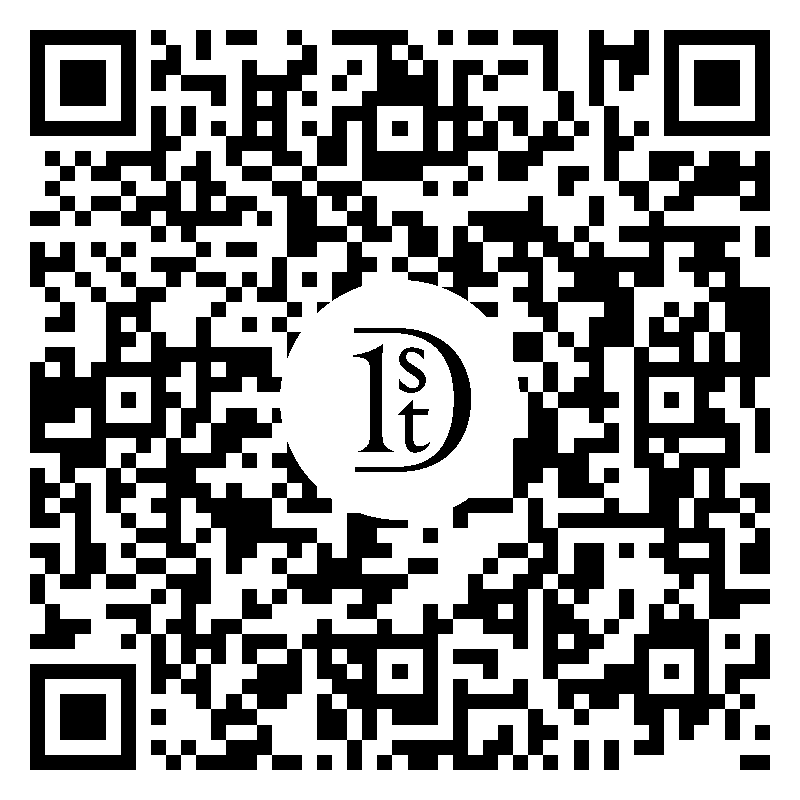 Kent Coffey "The Titan" 5 drawer chest refinished in a modern Memphis Group style. Drawers are decorated in patchwork of painted and natural wood with slanted and painted ovoid pulls in a variety of colors.

Established in 1907 by Finley H. Coffey and Dr. A.A. Kent, a contemporary and competitor of furniture makers John Bernhardt and James Broyhill, the Kent-Coffey Manufacturing Company in Lenoir, North Carolina, developed a name for itself by designing and mass-producing durable, affordable and stylish furniture. Consider the company a precursor to IKEA, with sturdy oak and mahogany furniture rather than particleboard structures and an American-design bent rather than a Swedish one.


Kent-Coffey’s mid-century modern furniture, under the leadership of Finley’s son Harold, took off. A magazine ad from the era for the brand’s Perspecta line positioned a minimalist bedroom set front and center, with its walnut and rosewood dresser, an elegant nine-drawer piece that rested on tapered legs and featured gorgeous sculptural details carved into its drawer fronts, occupying most of the page’s real estate. The materials for Kent-Coffey furniture were sourced locally, as the company touted its relationship with the Lilly Company in nearby High Points, North Carolina, as a supplier of its mahogany, for example.


In 1964, Kent-Coffey Manufacturing Company was sold to Magnavox (but reportedly operated as a wholly owned subsidiary thereafter), and later, in 1983, the company became part of the furniture branch of the Singer Company (of the sewing-machine fame). Singer shuttered its furniture division in the late 1990s.


Today, as is the case with most of the sophisticated furniture designed in postwar America, work that originated at Kent-Coffey is hard to come by.


Previously owned walnut headboards and vintage bedroom dressers with Formica tops from the company’s Perspecta line and sandalwood continental dressers, for example, are highly valued by collectors. Kent-Coffey’s various mid-century modern lines — such as Goldenaire and Town House — were always clearly branded with identifiers such as drawer markings or stamps on the underside of its coveted end tables.

About the Seller
5 / 5
Located in Dallas, TX
Platinum Seller
These expertly vetted sellers are 1stDibs' most experienced sellers and are rated highest by our customers.
Established in 2016
1stDibs seller since 2016
114 sales on 1stDibs
Typical response time: <1 hour
More From This Seller
View All From Seller

$2,400
Kent Coffey Mid-Century Modern Titan Dresser Chest of Drawers with X-Pulls
By Kent Coffey
Located in West Hartford, CT
Iconic, signed midcentury dresser from Kent Coffey. This is part of the coveted Titan line. Made in the USA and featuring nine spacious drawers, all adorned with sought after origina...
Category