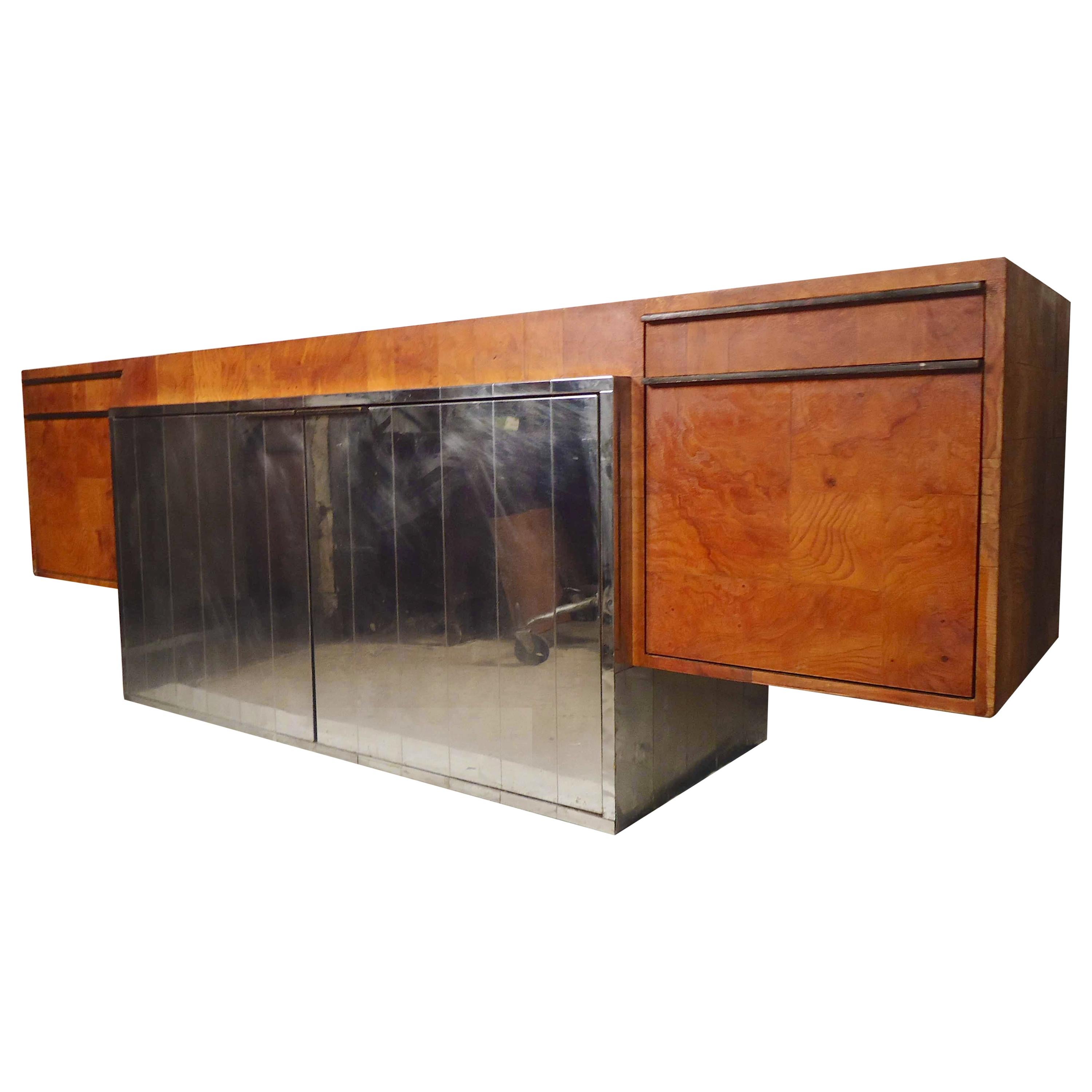 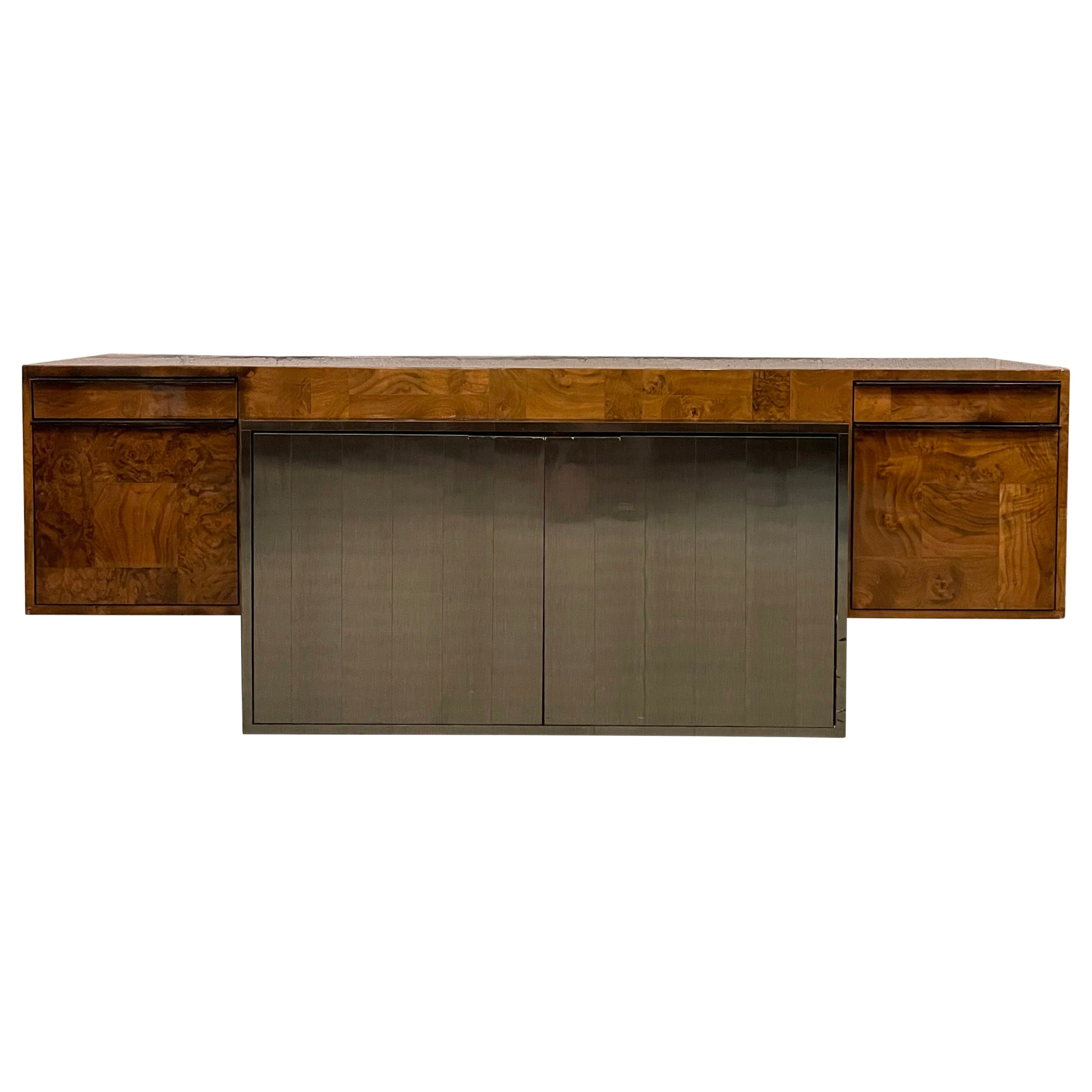 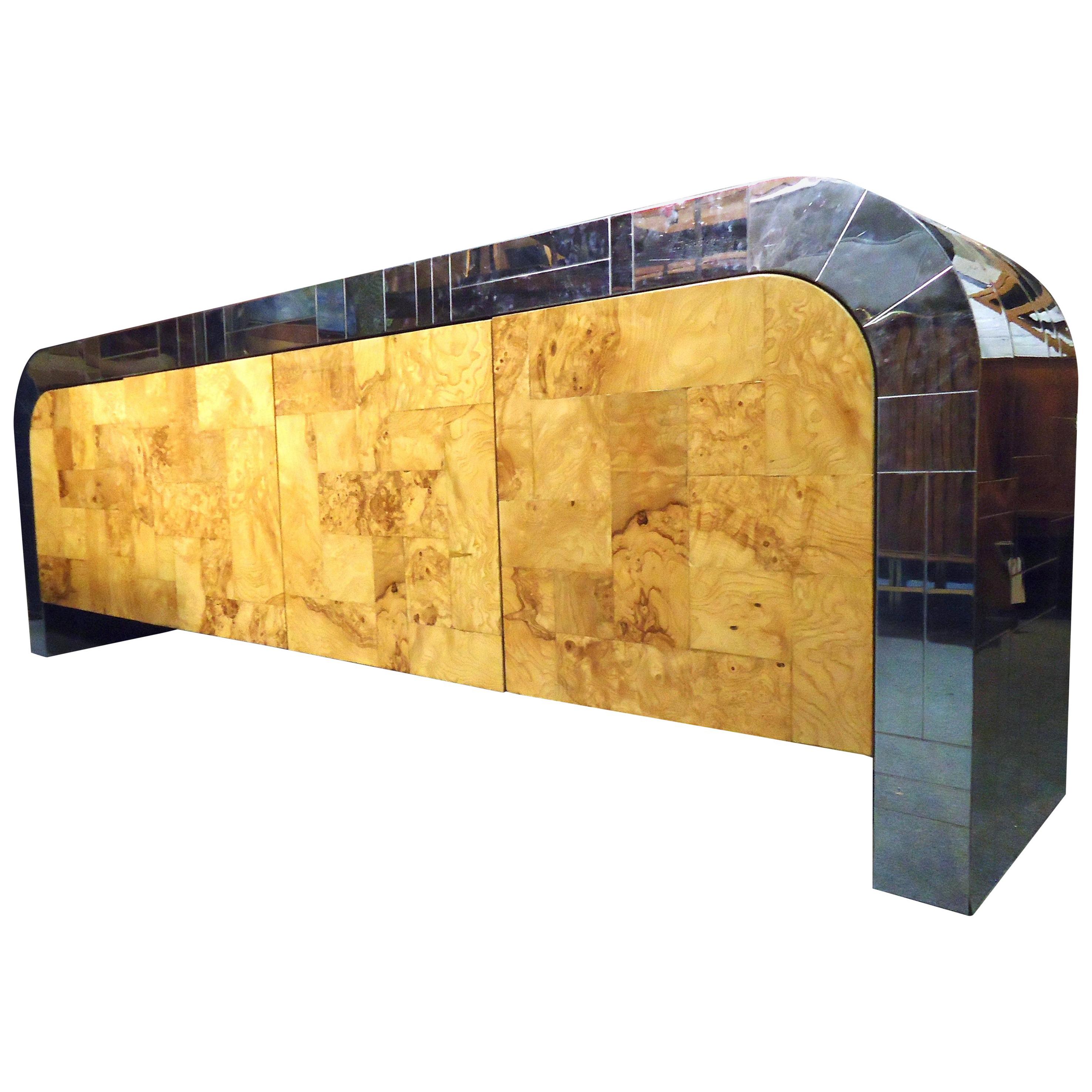 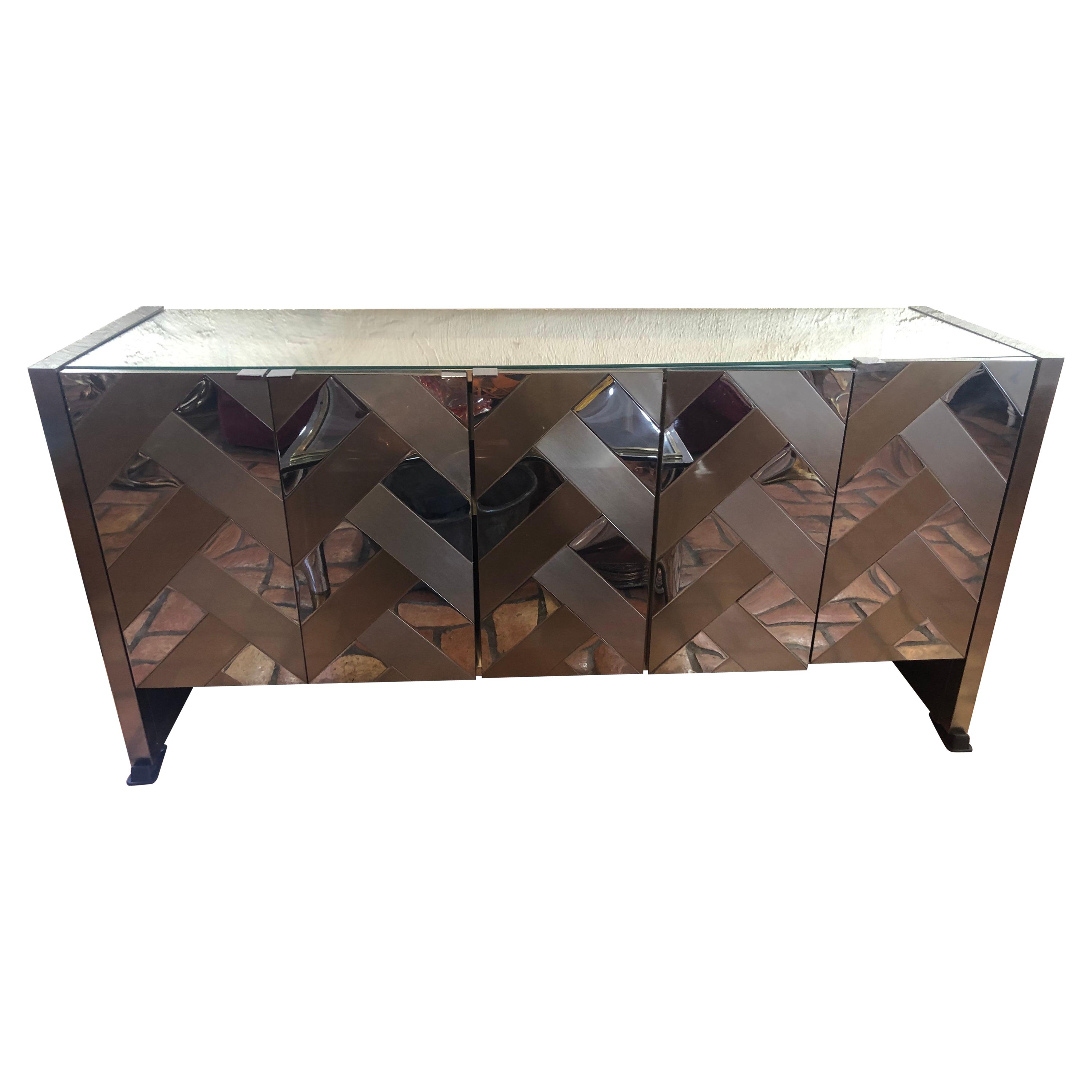 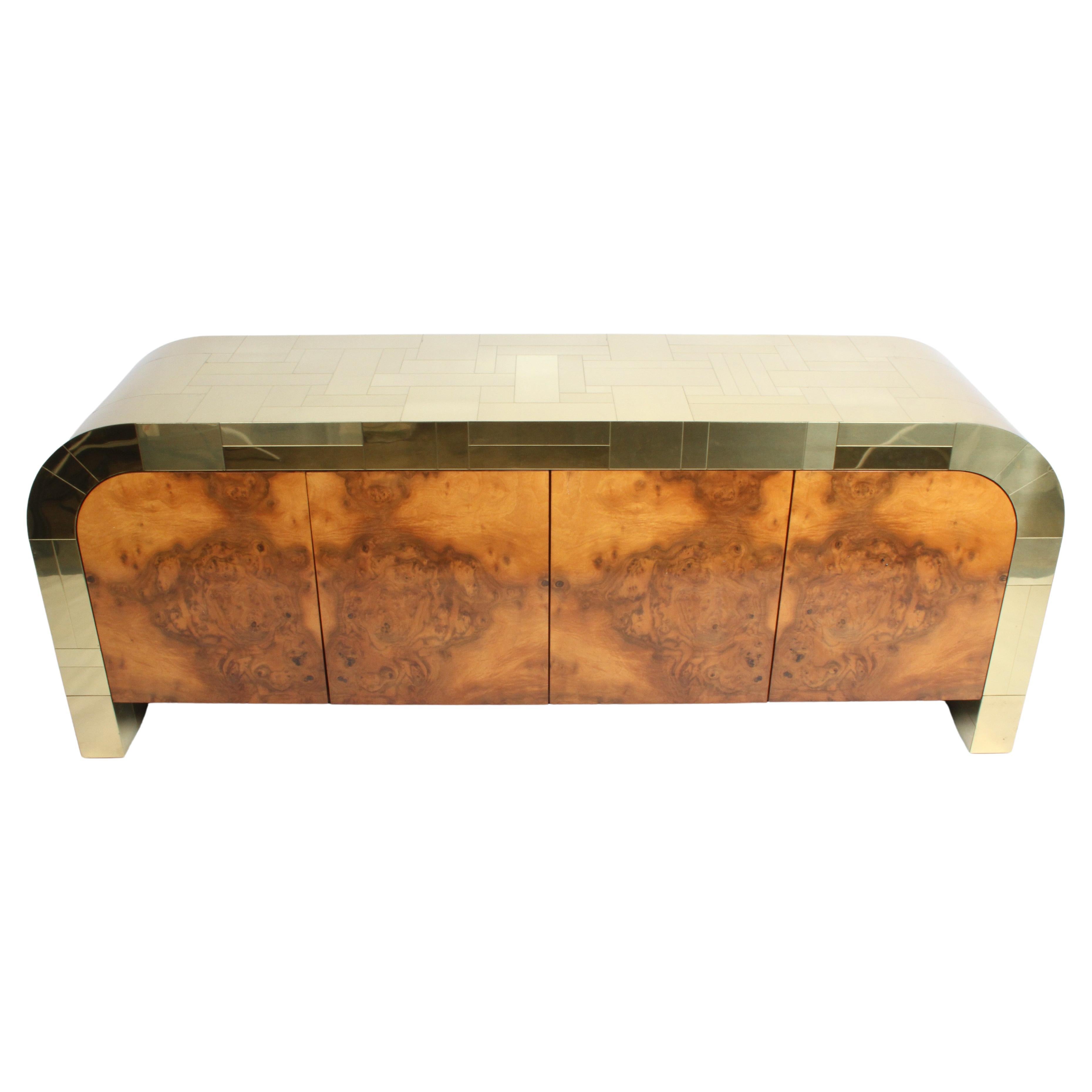 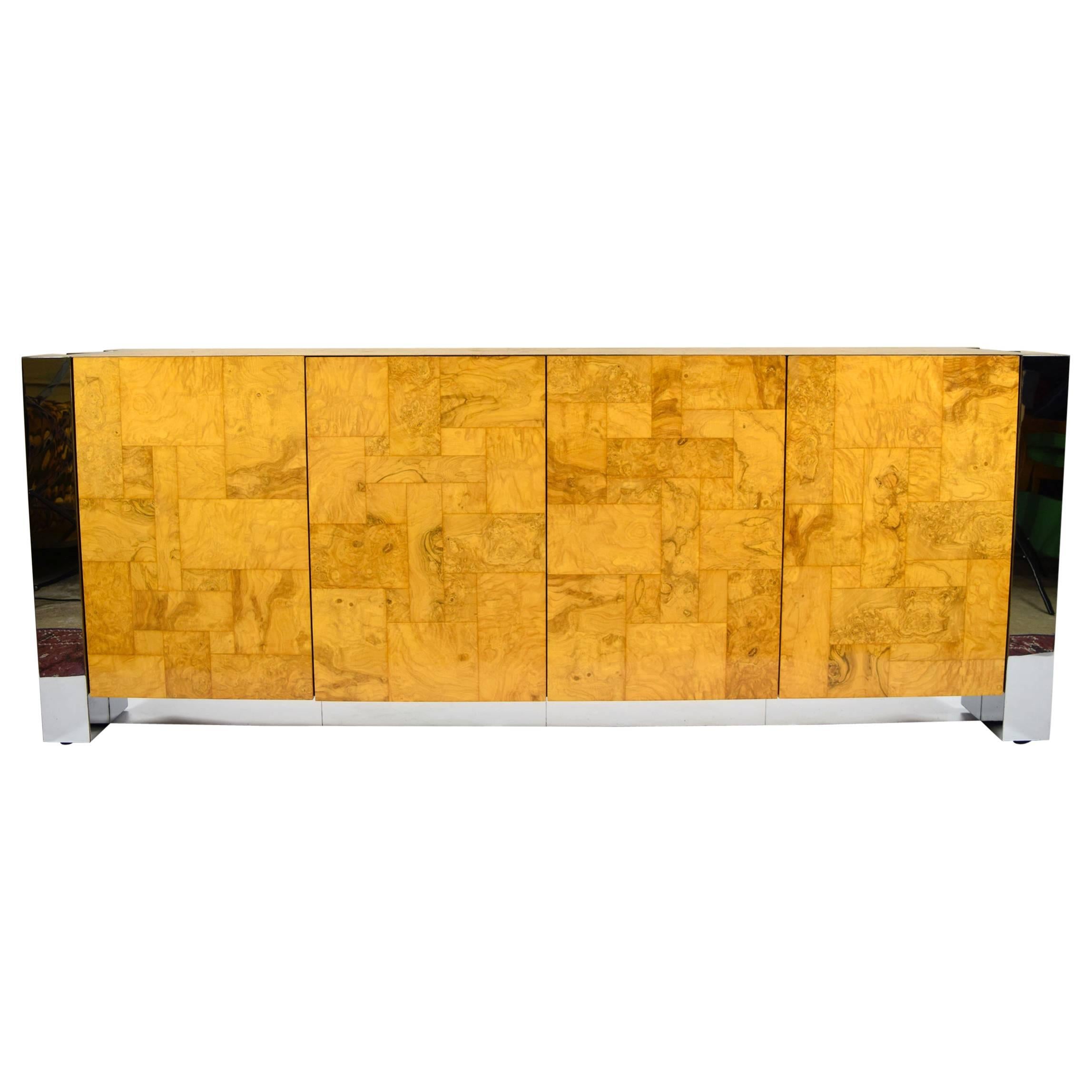 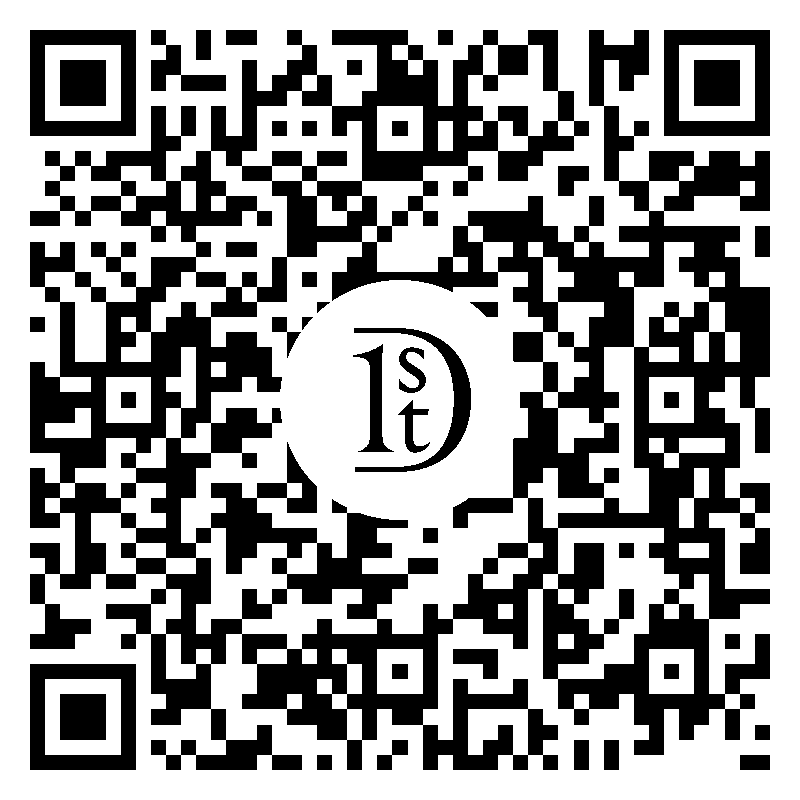 4 Door credenza with bi-fold doors in tessellated walnut burl with adjustable shelves in interior by Paul Evans for Directional Furniture, American 1973. This piece has felt lining on the interior of the right door and on the shelf, perfect for dishes or valuables. These Paul Evans pieces are all unique and works of art. Reference: Paul Evans Design & Sculptor by Jeffrey Head, published by Schiffer in 2012, various pieces are shown in tessellated walnut burl, pages 117-123. 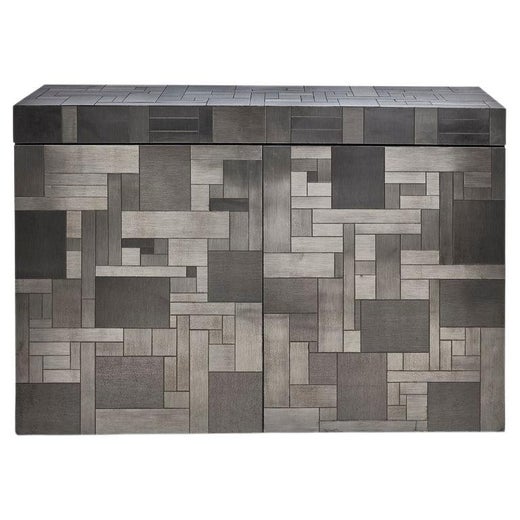 A designer and sculptor, Paul Evans was a wild card of late 20th century modernism. A leading light of the American Studio Furniture movement, Evans’s sideboards, credenzas, coffee tables and other work manifests a singular aesthetic sense, as well as a seemingly contradictory appreciation for both folk art forms and for new materials and technologies.

Evans’s later work falls into three distinct style groups. His sculpted-bronze pieces, begun in the mid-1960s, show Evans at his most expressive. He employed a technique in which resin is hand-shaped, and later sprayed with a metal coating, allowing for artistic nuance in the making of chairs, tables and case pieces. Later in the decade and into the 1970s, Evans produced his Argente series for celebrated manufacturer Directional (​​a brand known to vintage mid-century modern furniture collectors everywhere): consoles and other furniture forms that feature aluminum and pigment-infused metal surfaces welded into abstract organic forms and patterns.

About the Seller
5.0
Located in New York, NY
Recognized Seller
These prestigious sellers are industry leaders and represent the highest echelon for item quality and design.
Established in 1998
1stDibs seller since 2003
318 sales on 1stDibs
Typical response time: <1 hour
Associations
20th Century Specialists
More From This SellerView All
You May Also Like