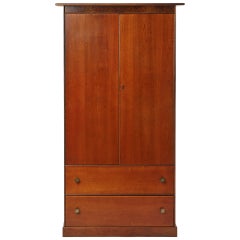 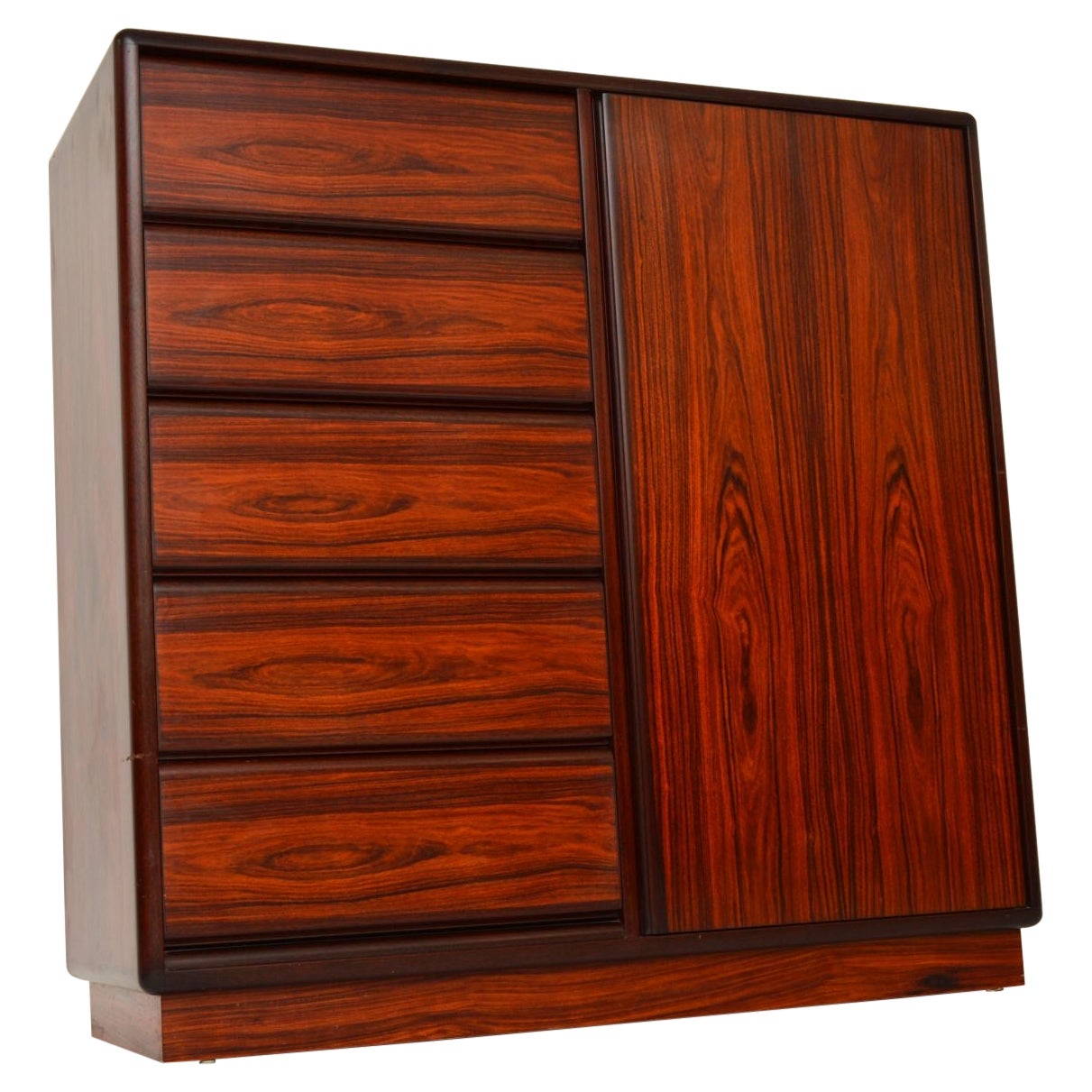 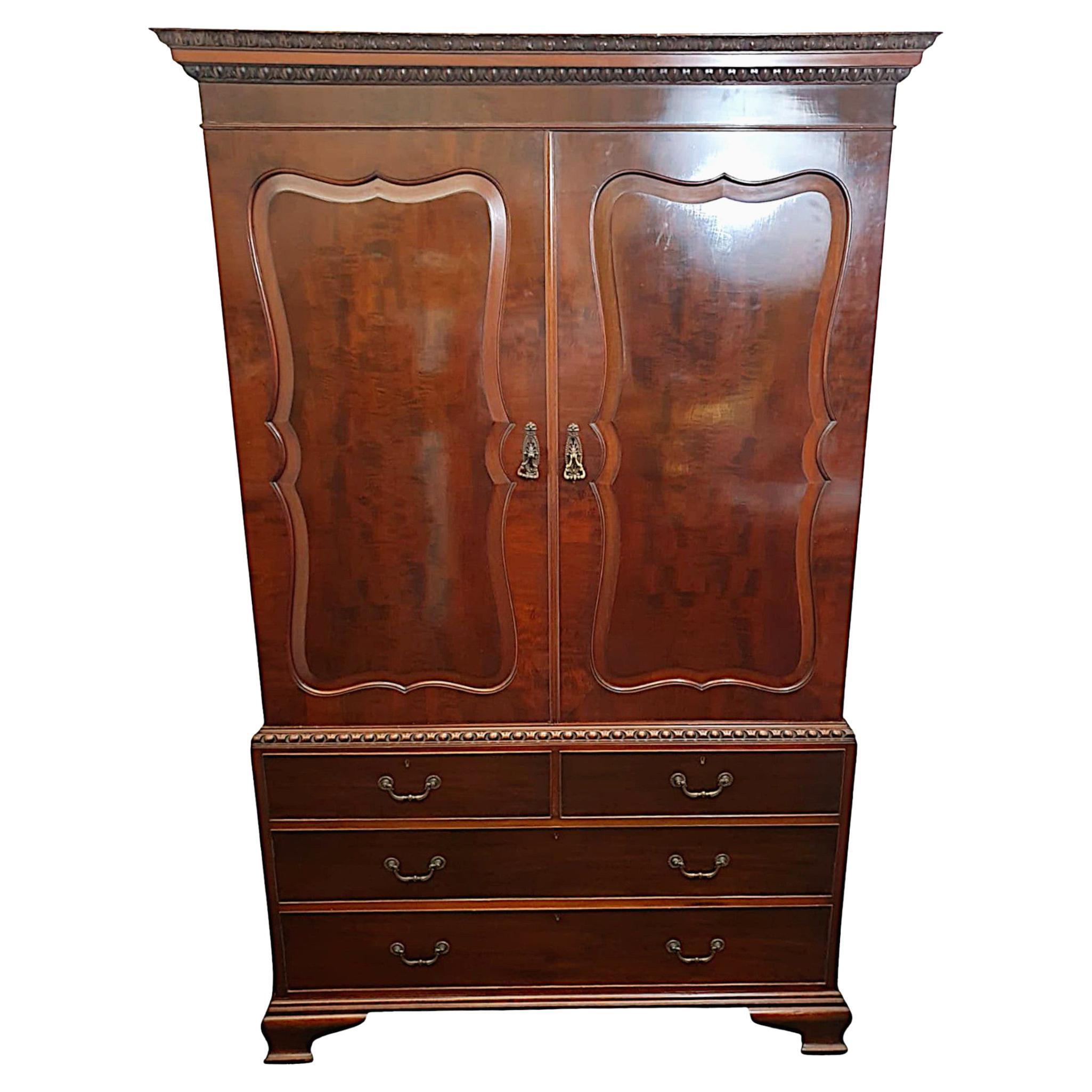 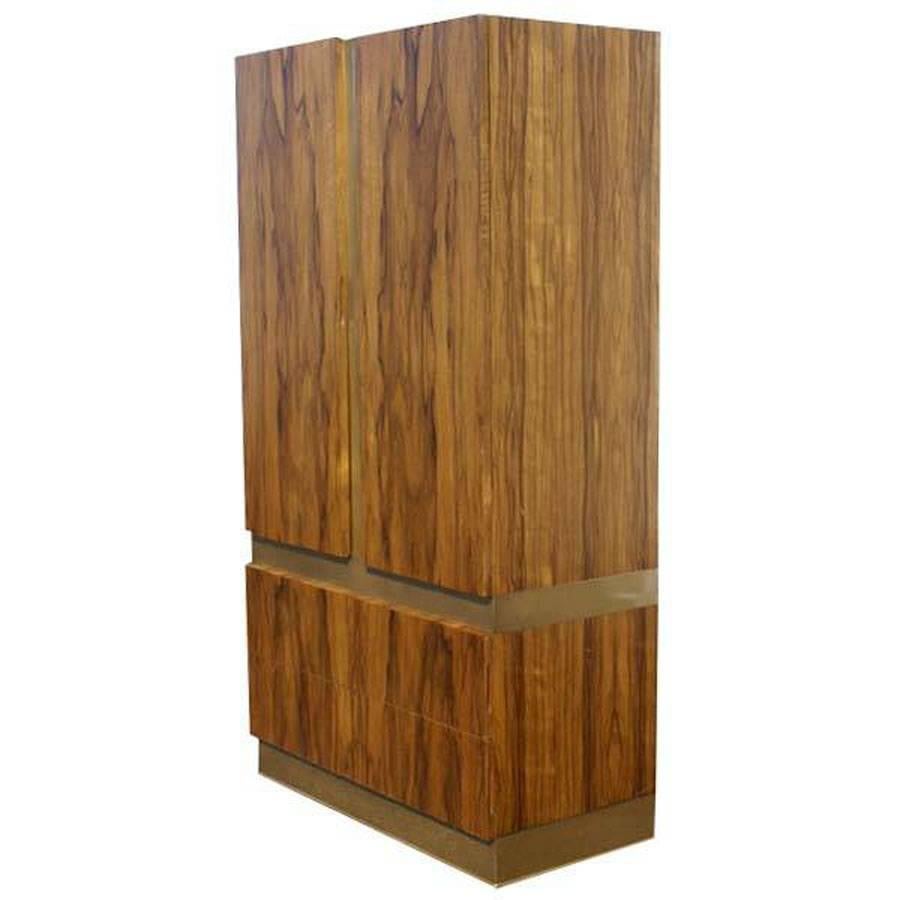 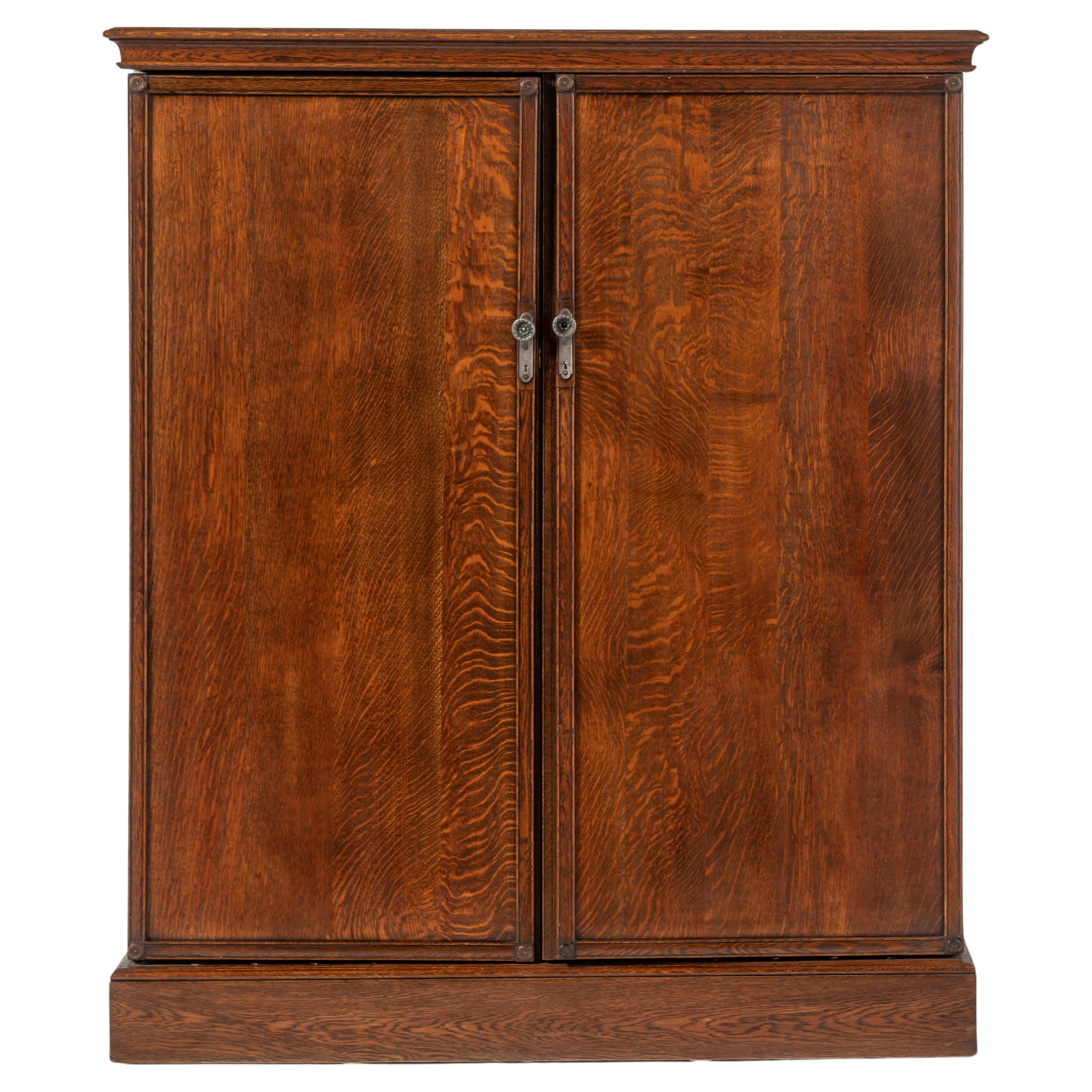 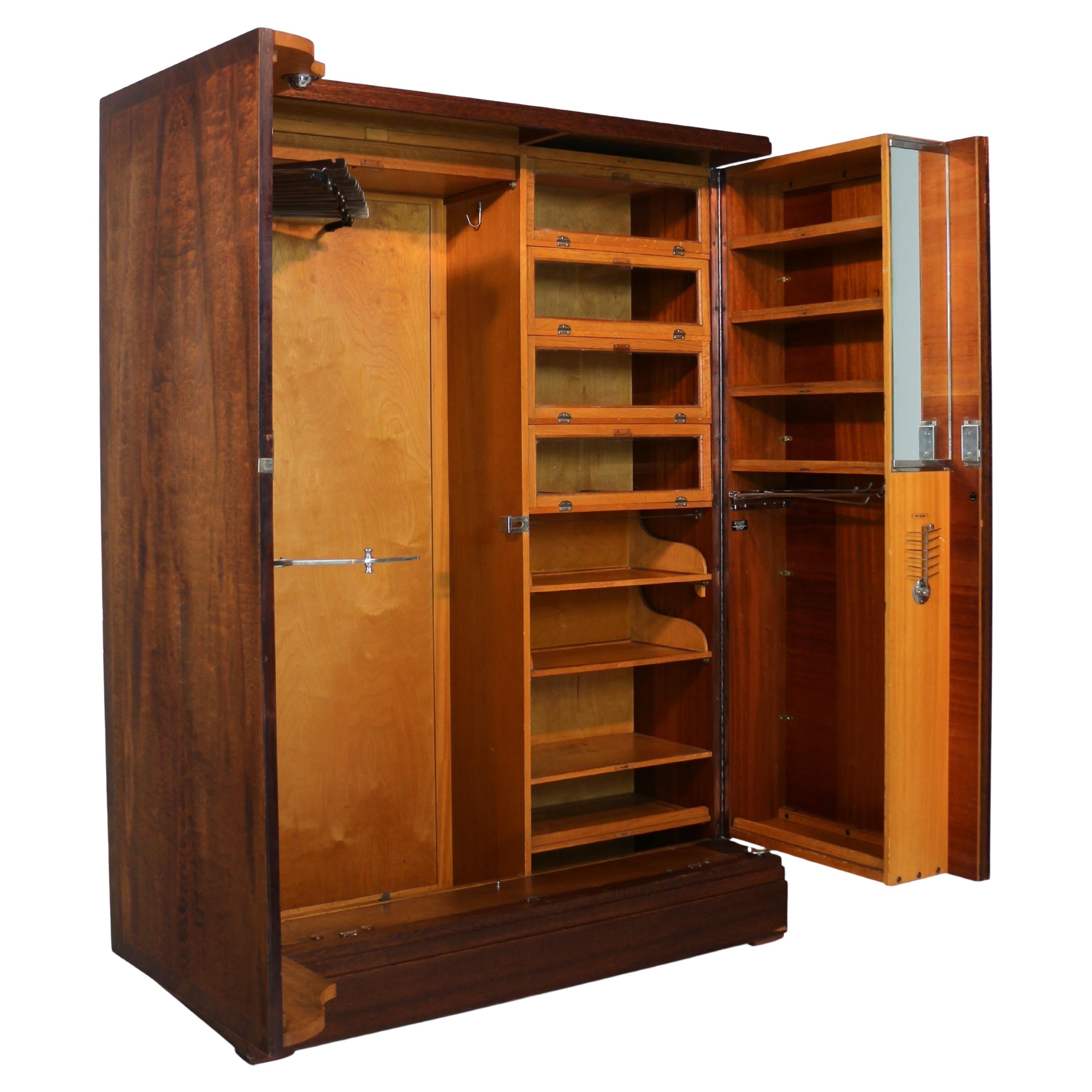 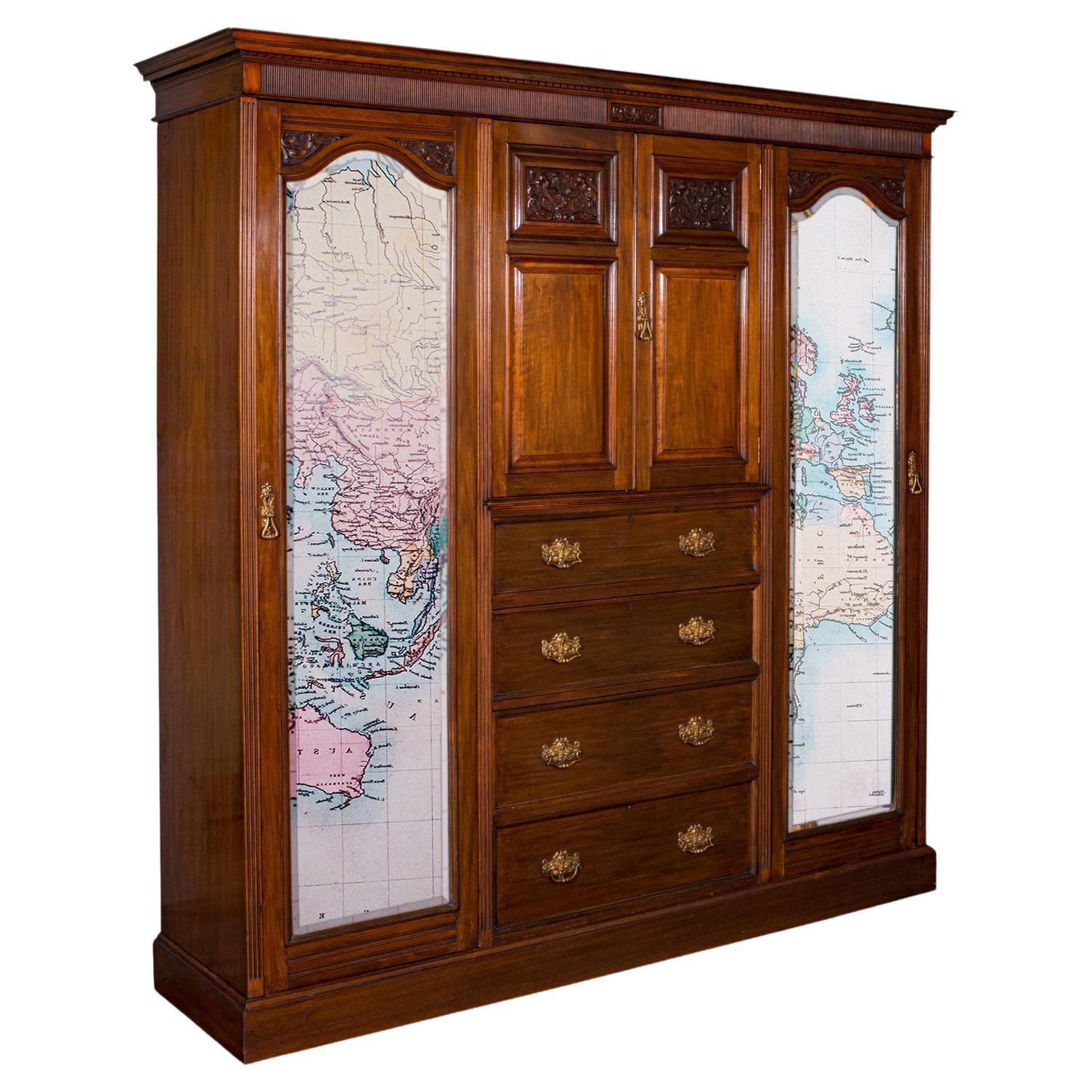 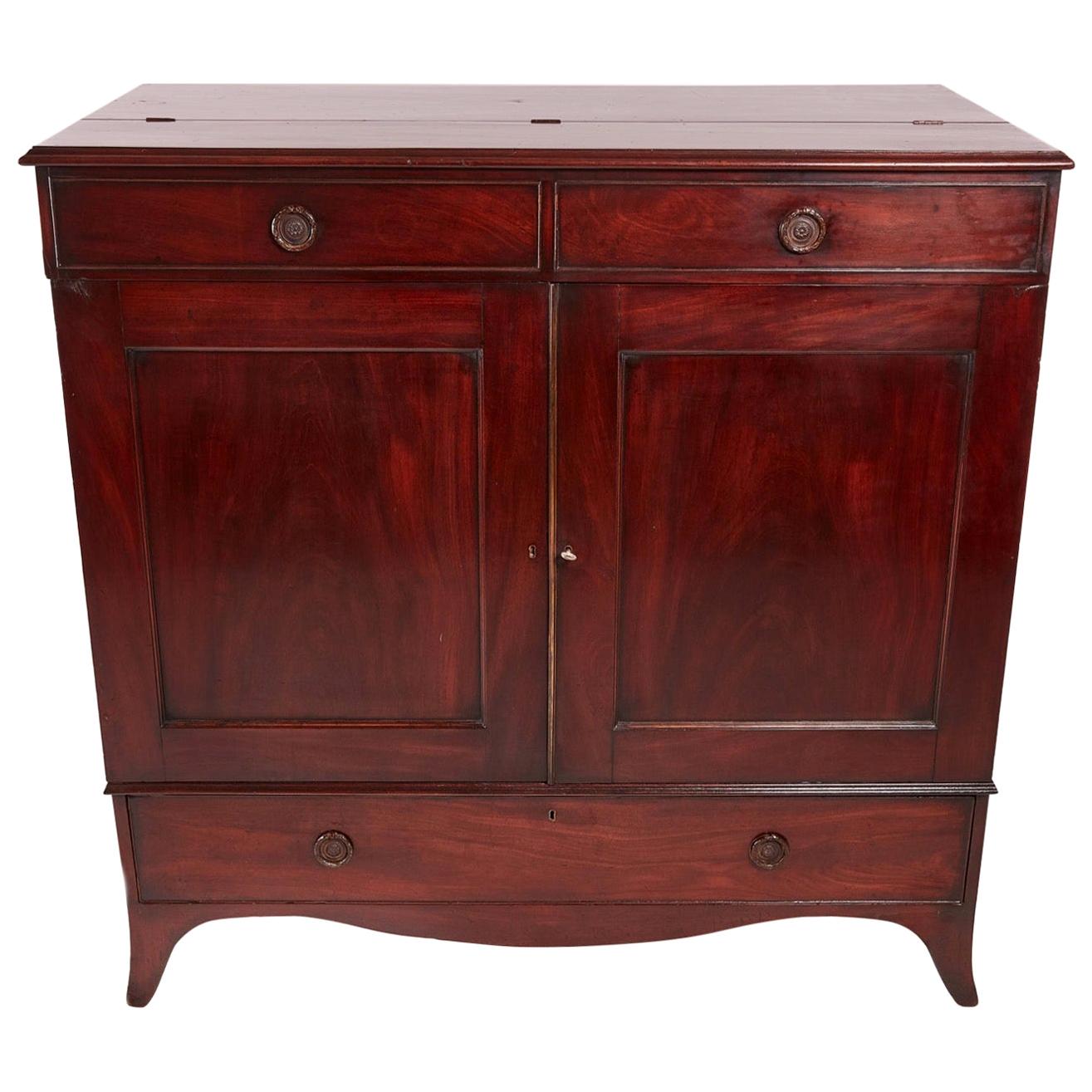 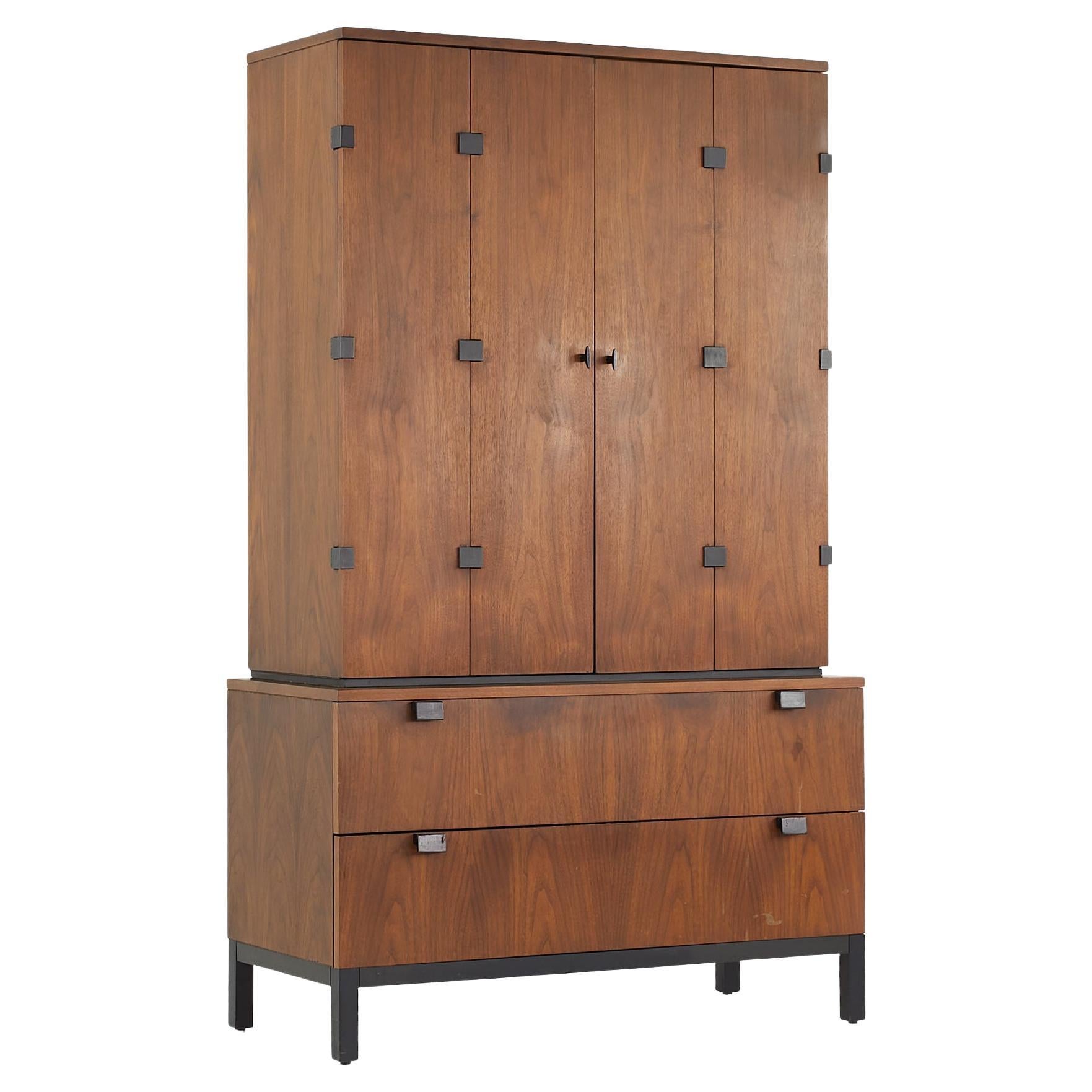 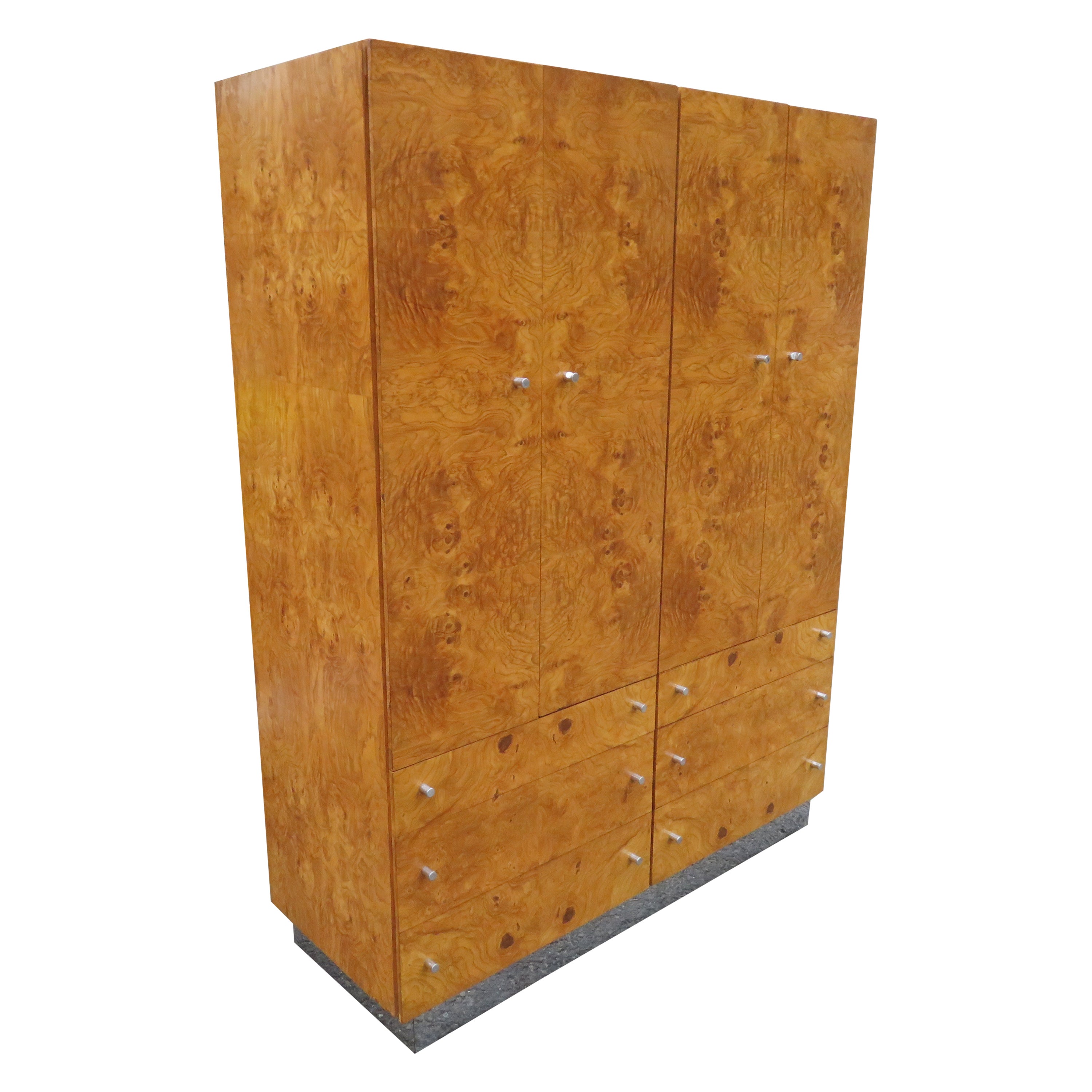 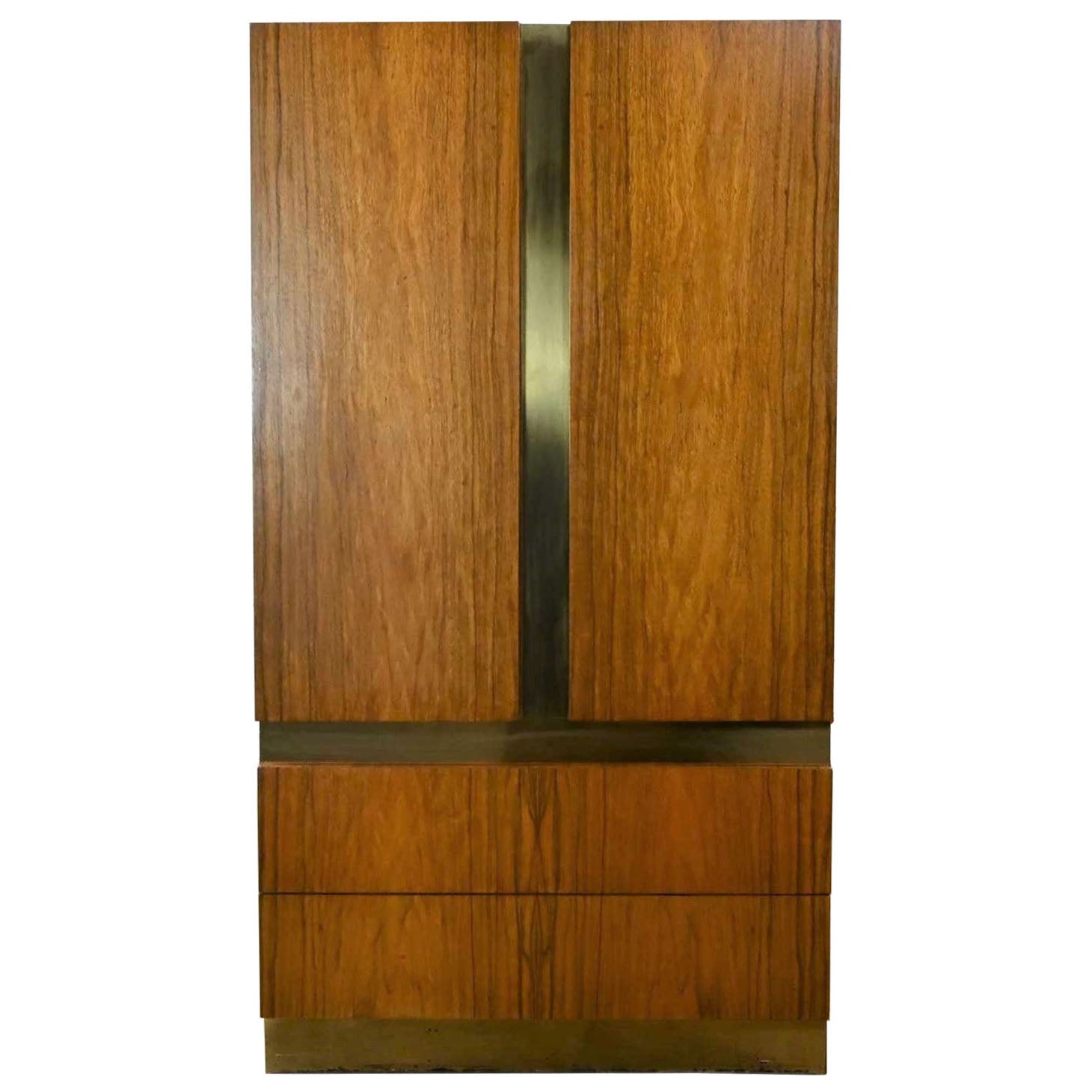 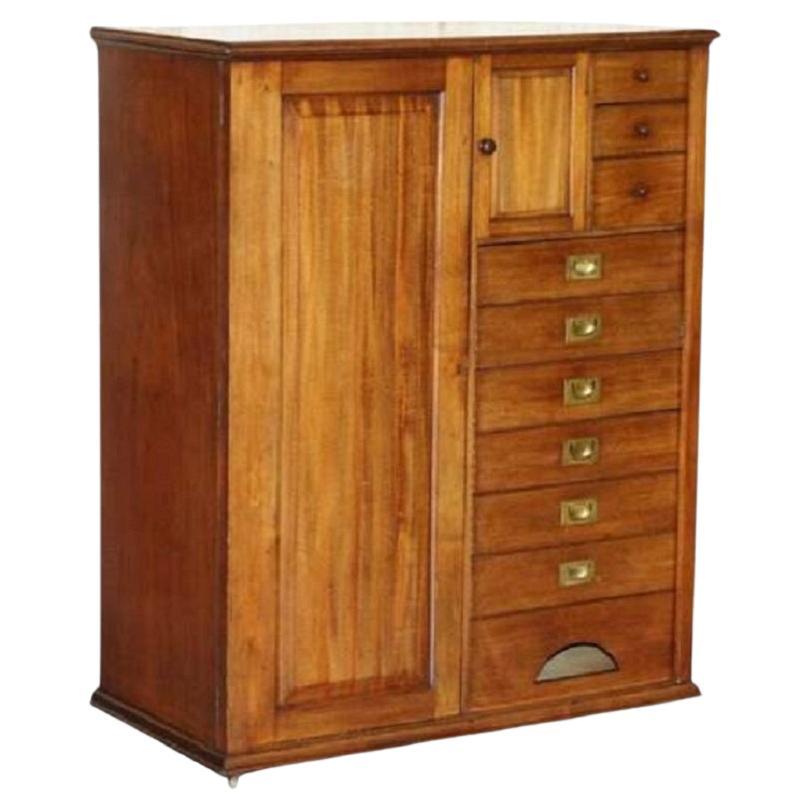 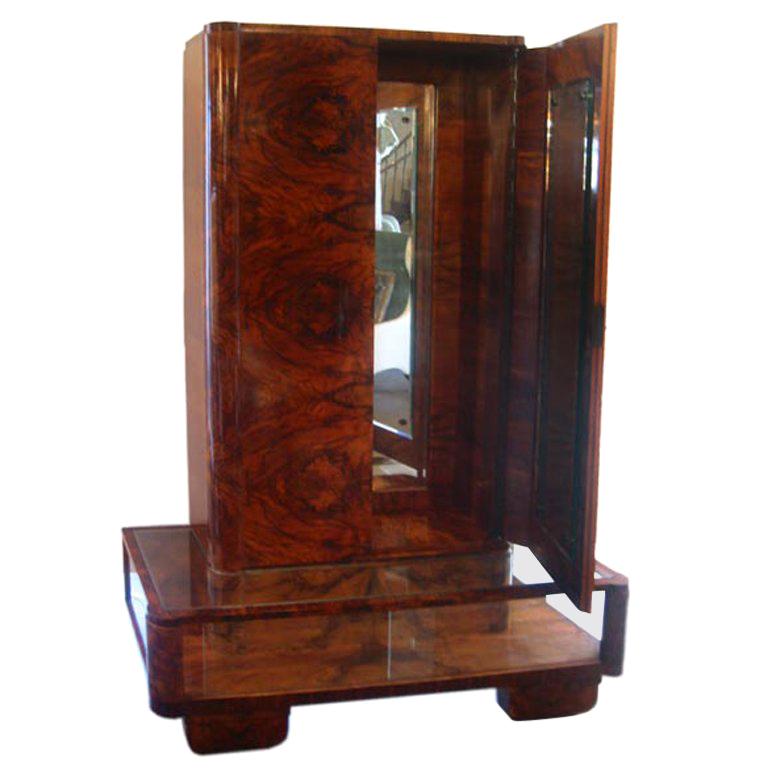 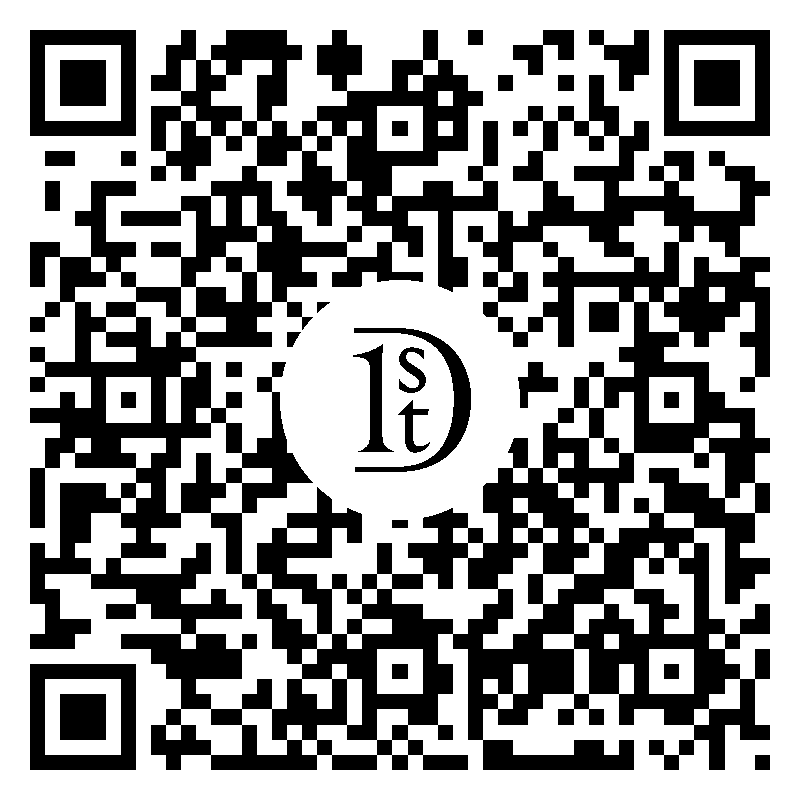 A superb gentleman's wardrobe executed in mahogany. Customized and crafted with thoughtful details. 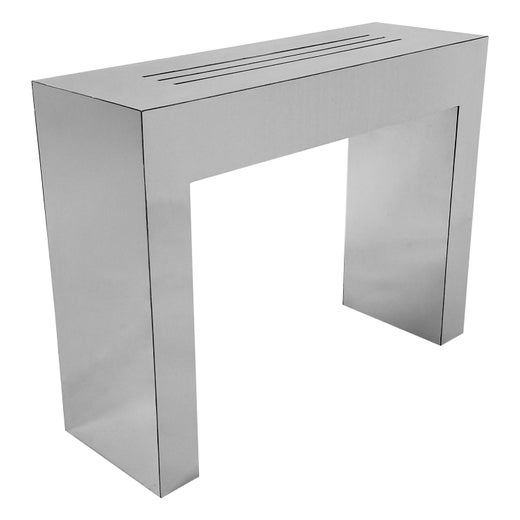 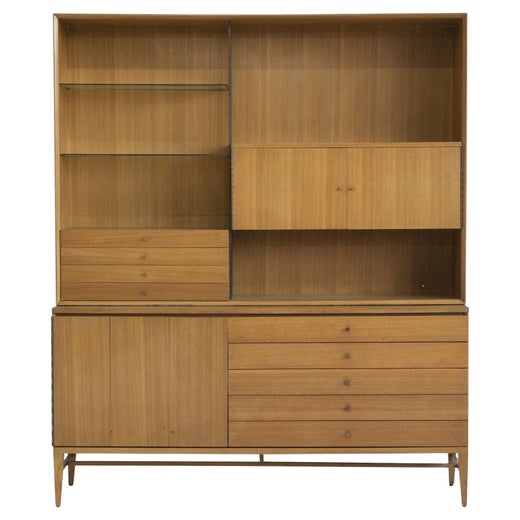 In his pivotal introduction of postwar modernism to the mass market, the revered Massachusetts-born McCobb had established several lines, from the affordable and refined Planner Group for Winchendon to the swooping and unexpected arms of the Symmetric Group for Widdicomb, a Shaker-inspired collection that included a sofa and a lounge chair. Like all of McCobb’s designs, the Directional pieces for Modernage are defined by a sleek aesthetic in which the focus is on elegant functionality, frequently using fine materials such as brass and walnut. In 1949, in partnership with New York furniture salesman B.G. Mesberg, McCobb set up the Directional Furniture Company.

The pair’s first pieces were upholstered chairs, intended to harmonize with the modular Multiplex pieces designed by Martin Feinman. McCobb then designed an array of furniture including storage, dining, seating, desks and other pieces with details such as leather tops, wood finishes and Roman Travertine surfaces. While Directional stopped production of McCobb’s work in the early 1960s, it still released numerous pieces by leading designers manufactured by a variety of companies.

Designer Paul Evans led the factory for a time after joining in 1964. His provocative work for the company often reflected his understanding of materials from his early training as a silversmith, such as the popular Cityscape series — a milestone in brutalist design — with its blocky forms accented with brass and chrome. At his shop in Lambertville, New Jersey, he collaborated with a design team to clad furniture pieces in metallic surfaces, like the Argente line that began production in 1968 and involved an acetylene torch to give its aluminum material a textural quality. He also worked on the Sculpted Bronze series with hand-formed resin shaped over plywood or steel that was then coated with atomized bronze.

About the Seller
4.8
Located in Sagaponack, NY
Recognized Seller
These prestigious sellers are industry leaders and represent the highest echelon for item quality and design.
Platinum Seller
These expertly vetted sellers are 1stDibs' most experienced sellers and are rated highest by our customers.
Established in 1995
1stDibs seller since 2010
399 sales on 1stDibs
Typical response time: 2 hours
Associations
20th Century Specialists
More From This SellerView All
You May Also Like 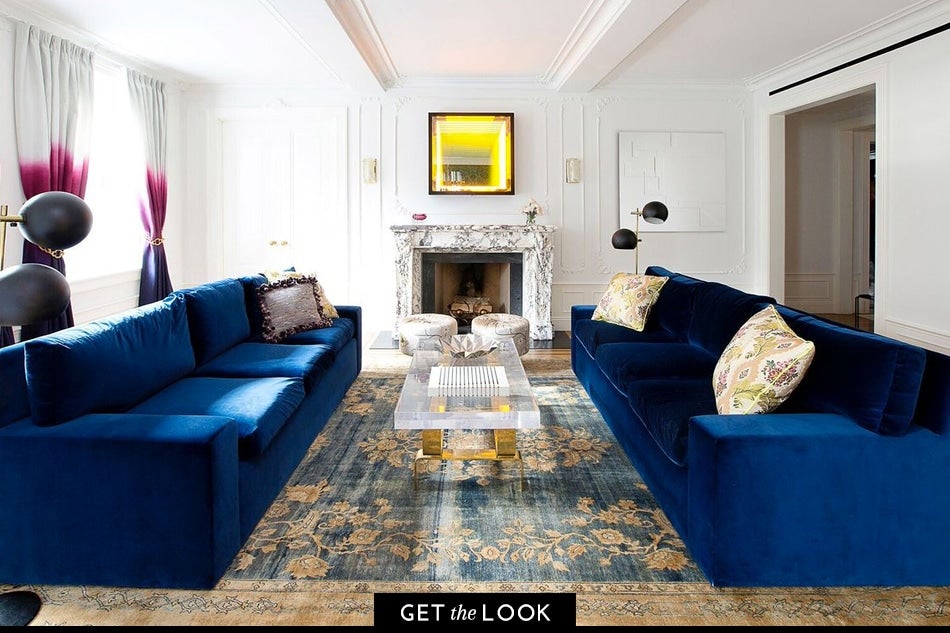