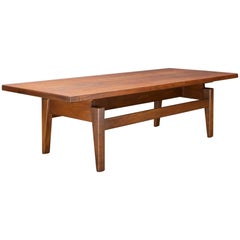 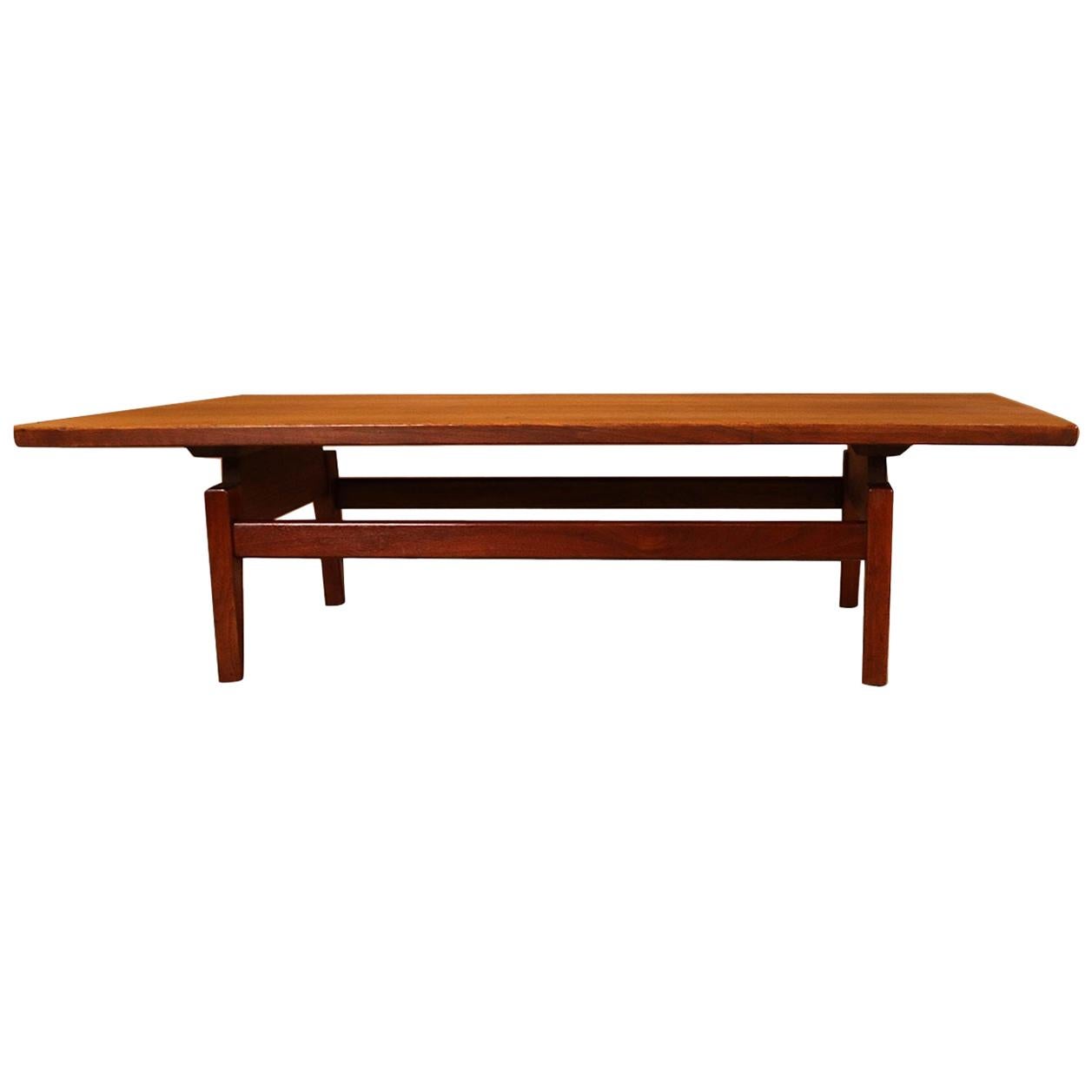 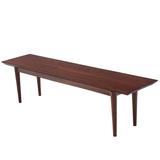 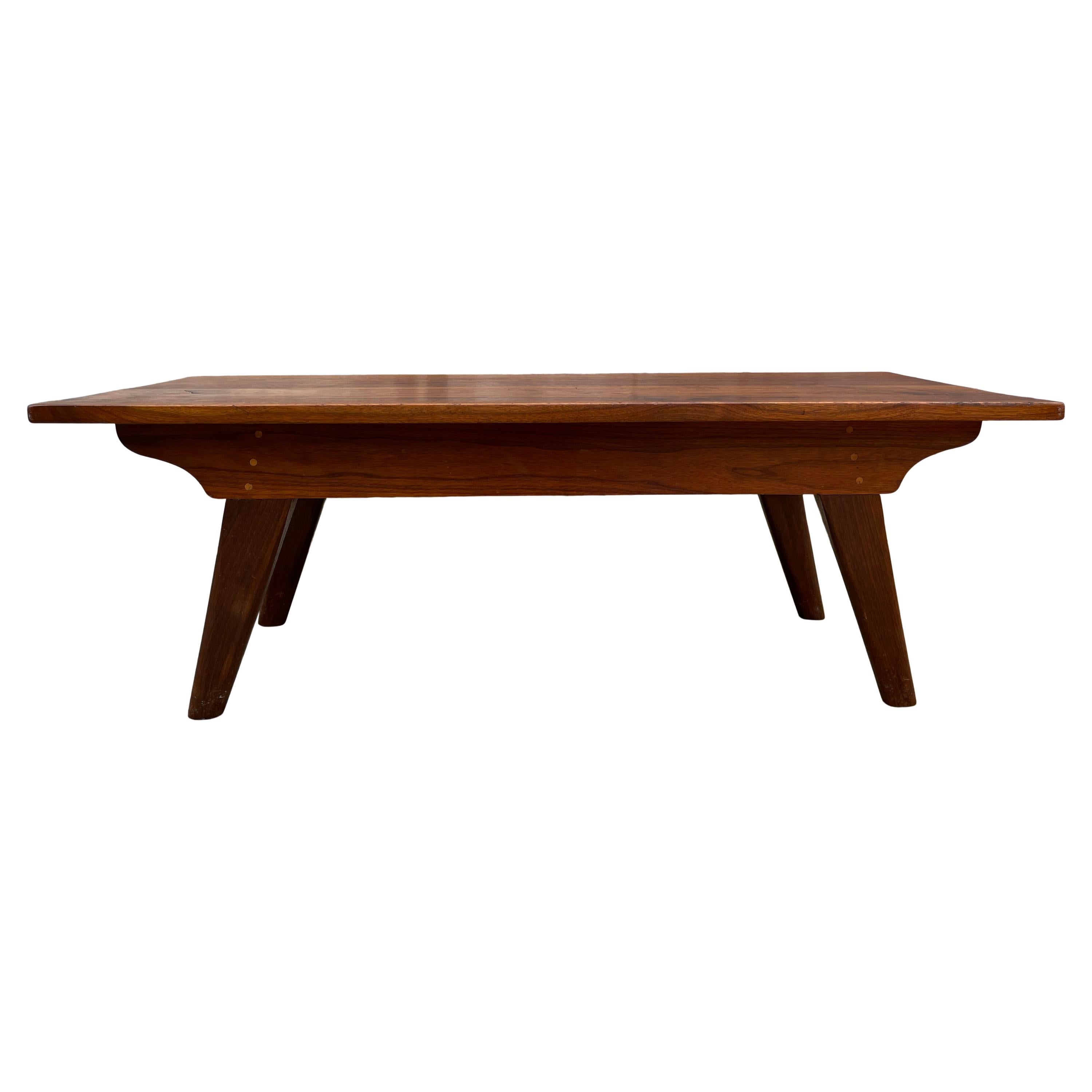 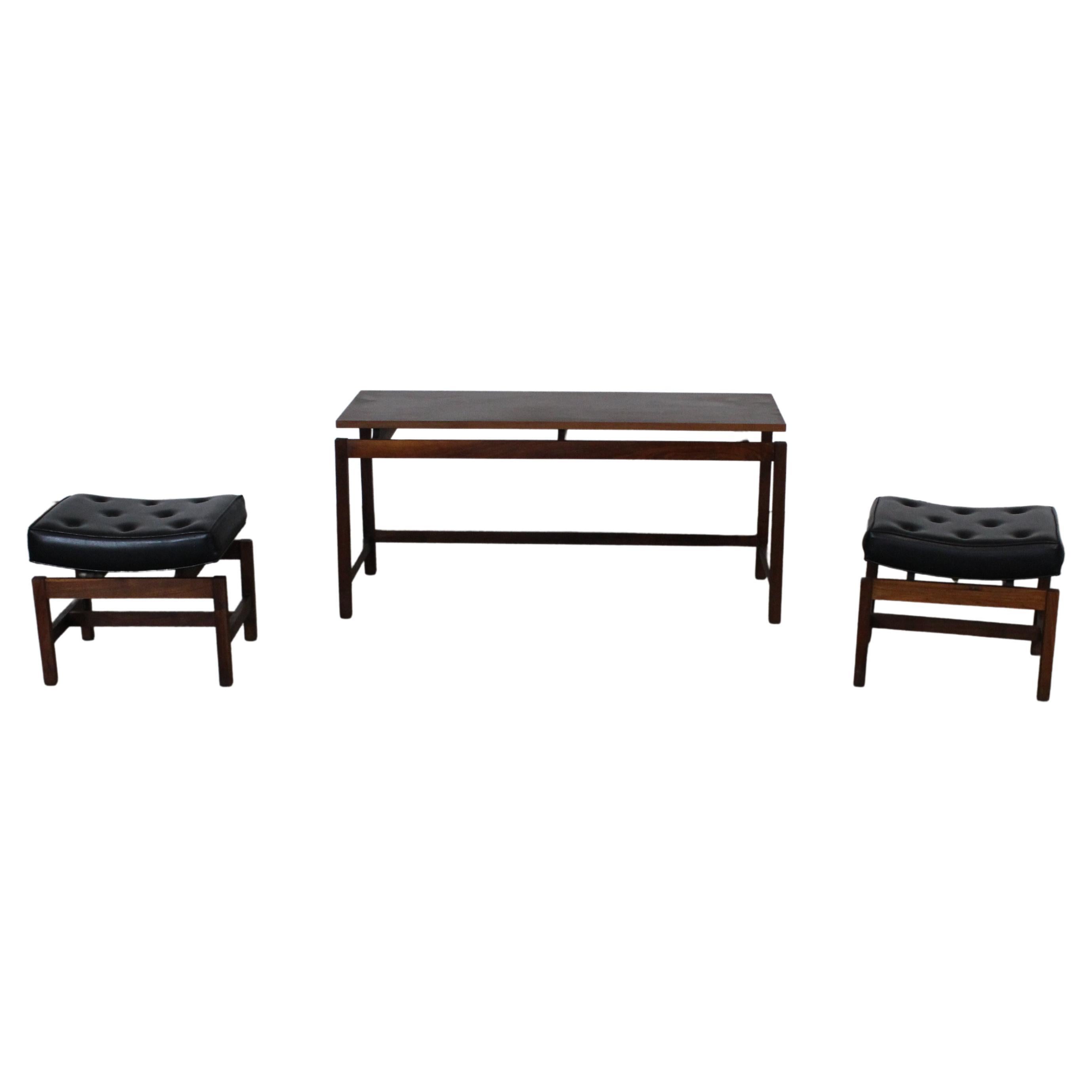 American Studio Craft Walnut Bench in the Japanese Style, Circa 1970 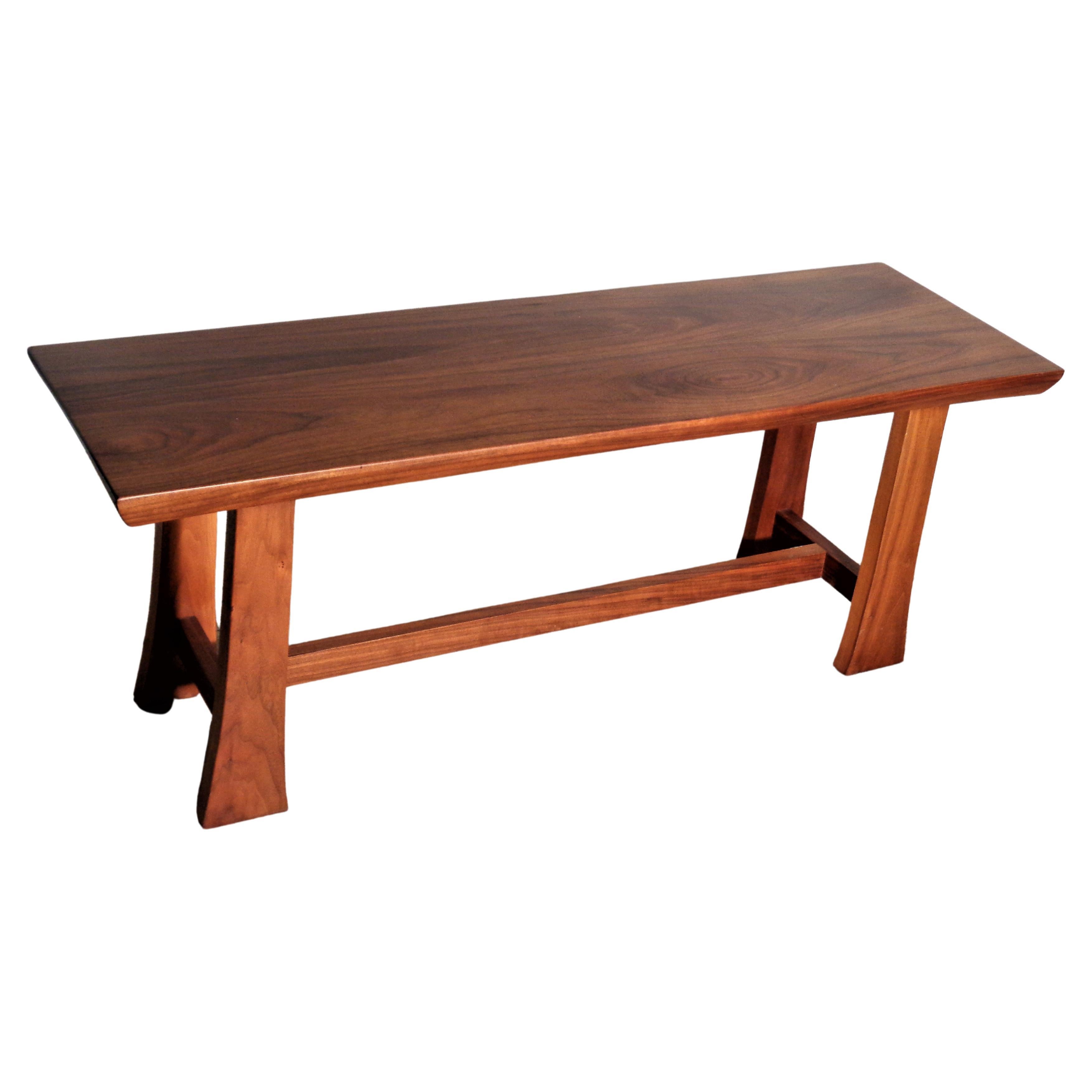 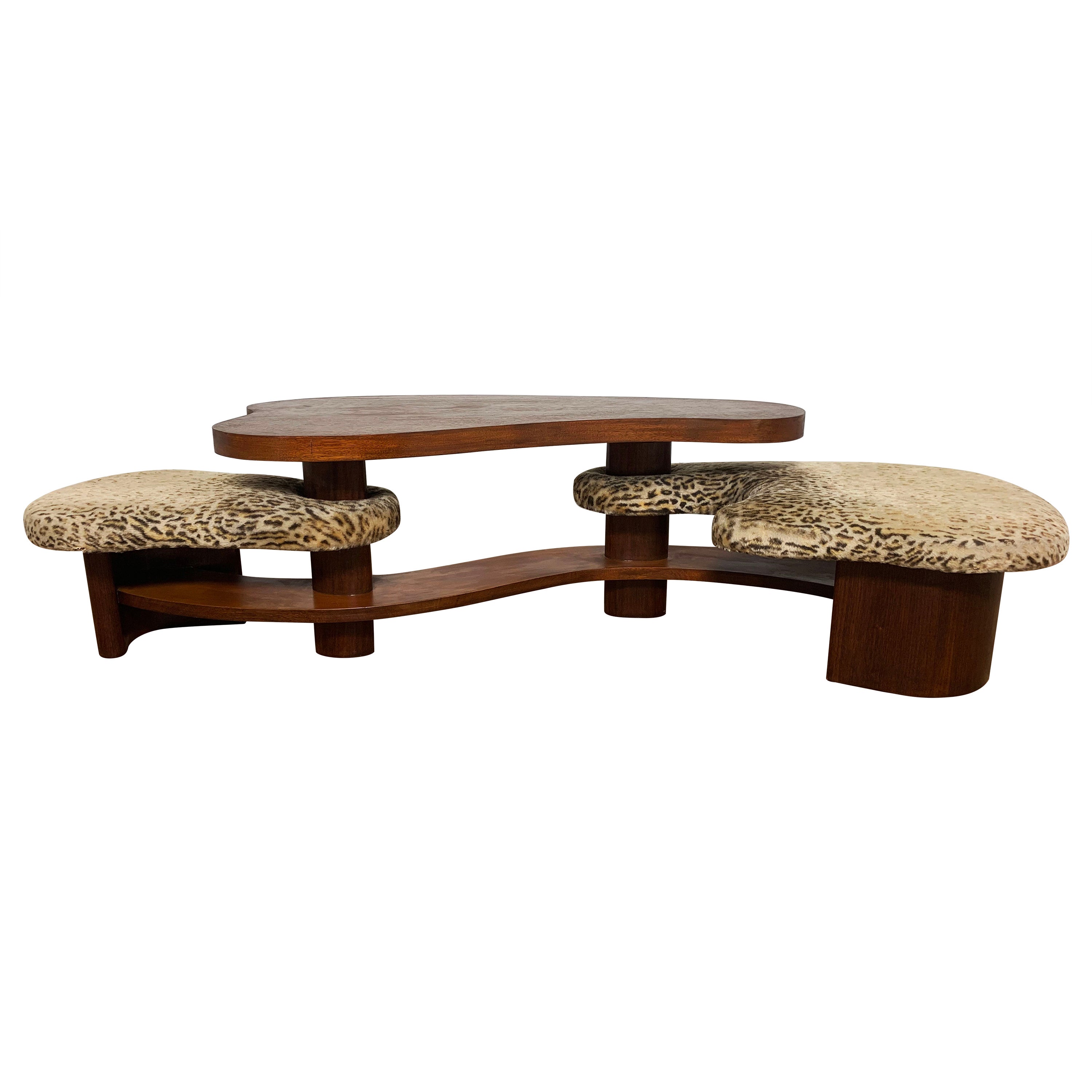 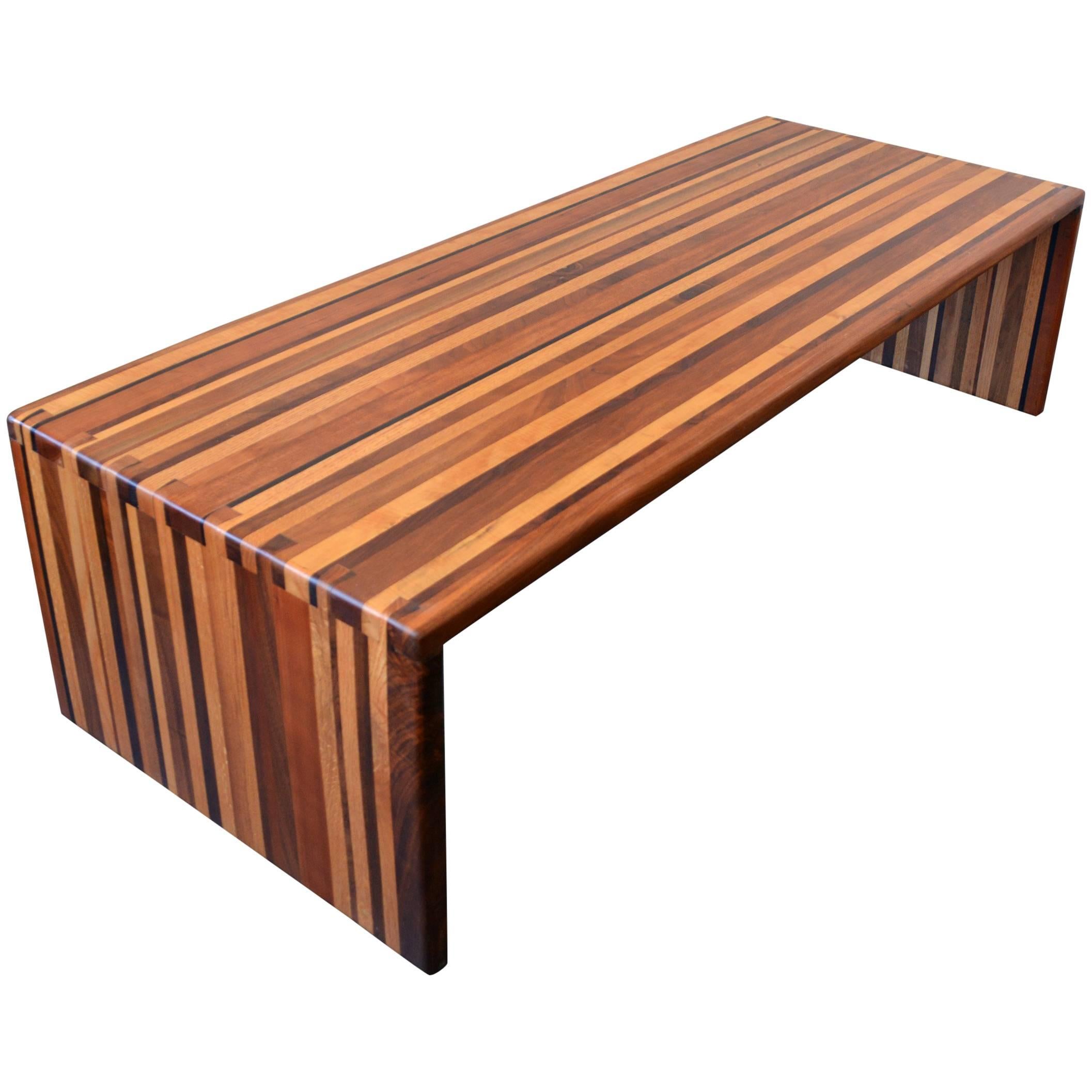 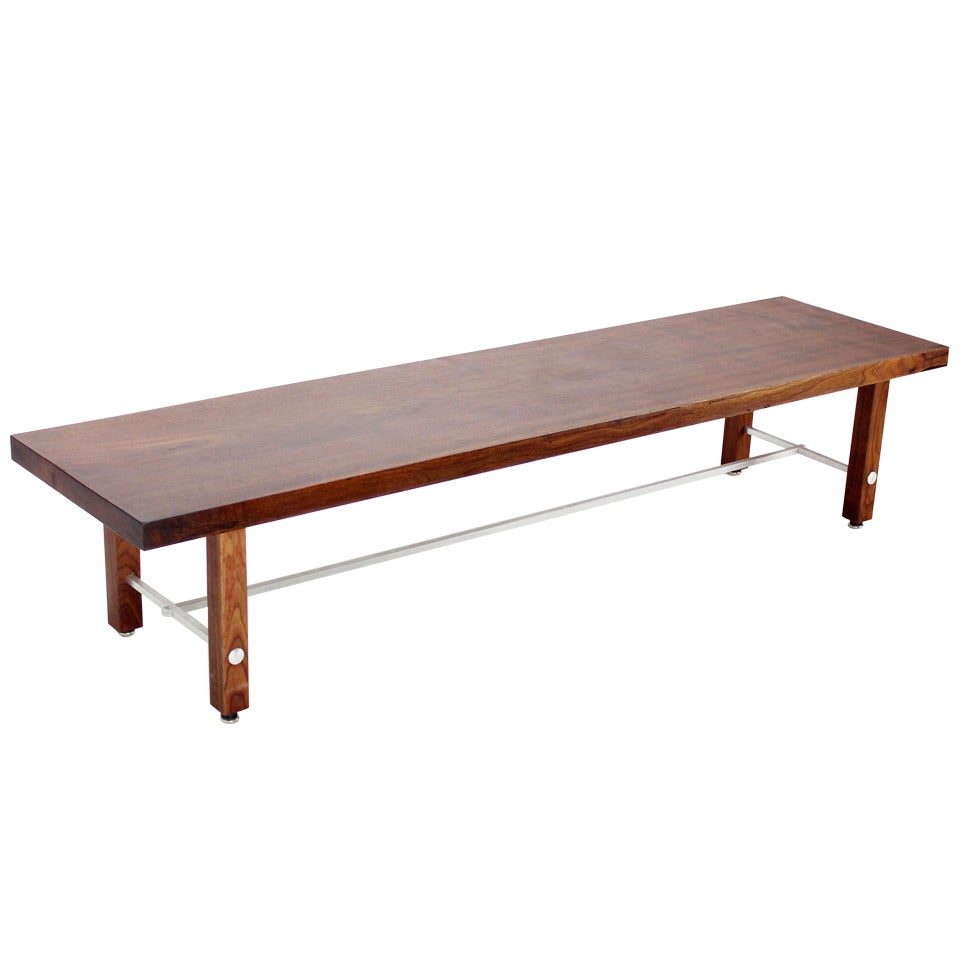 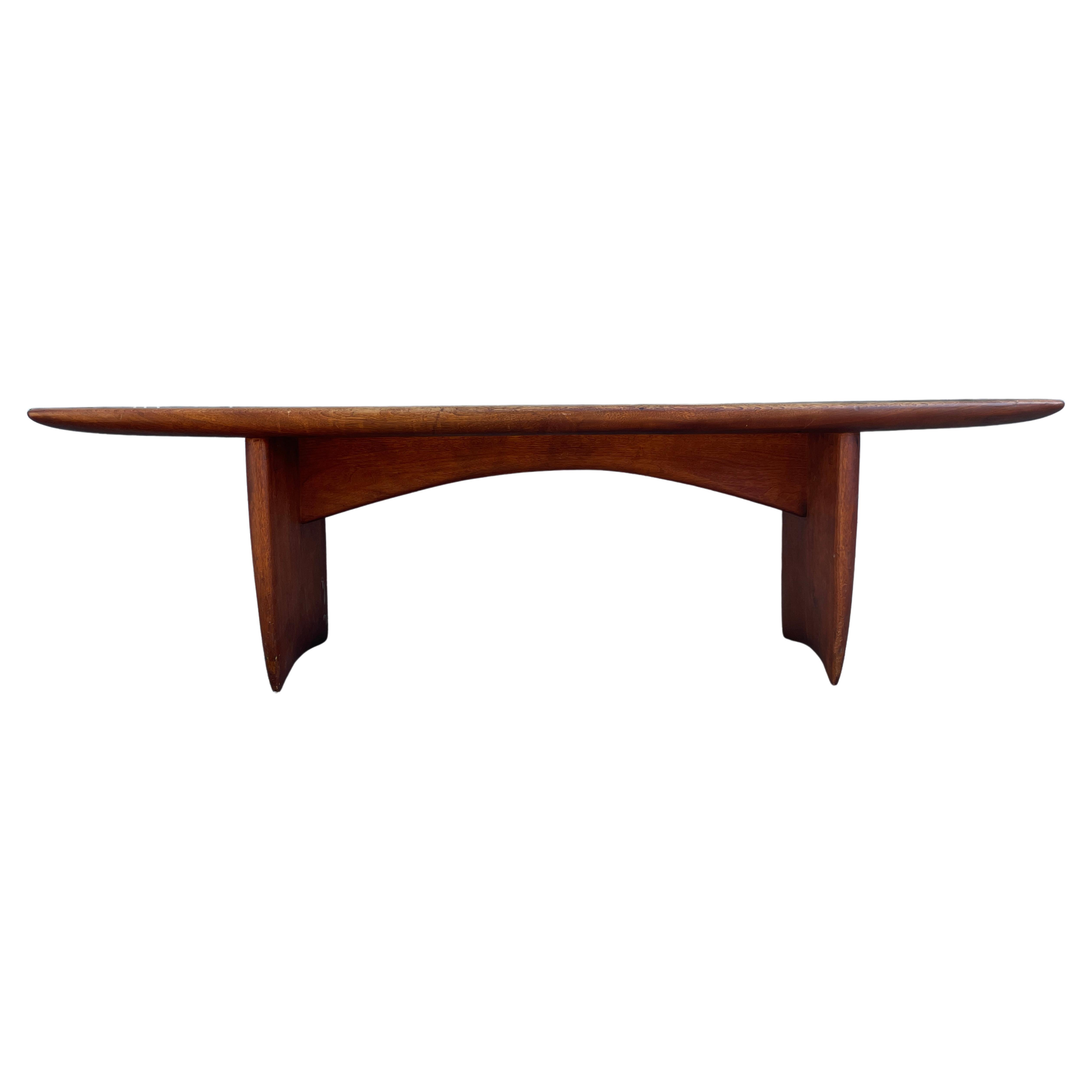 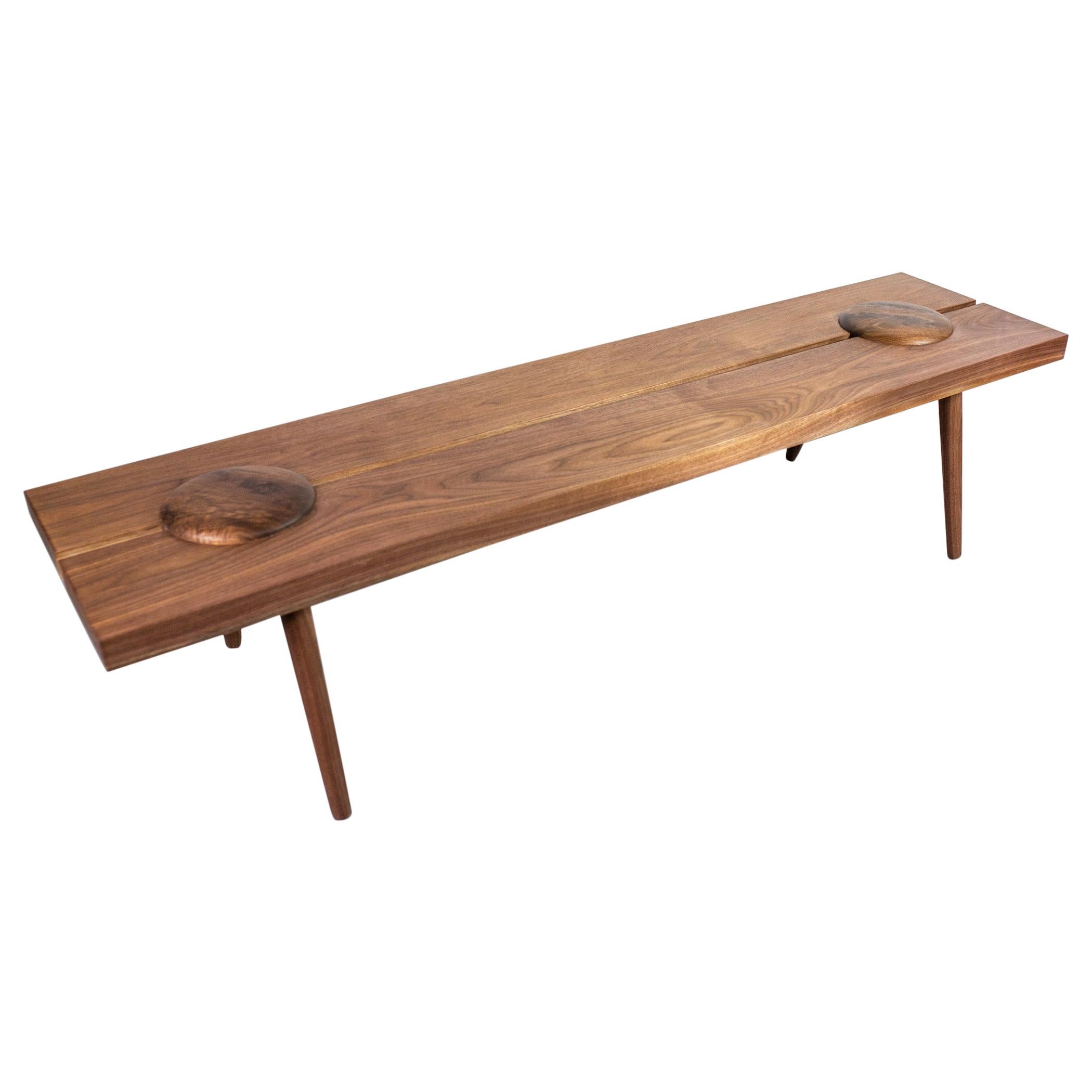 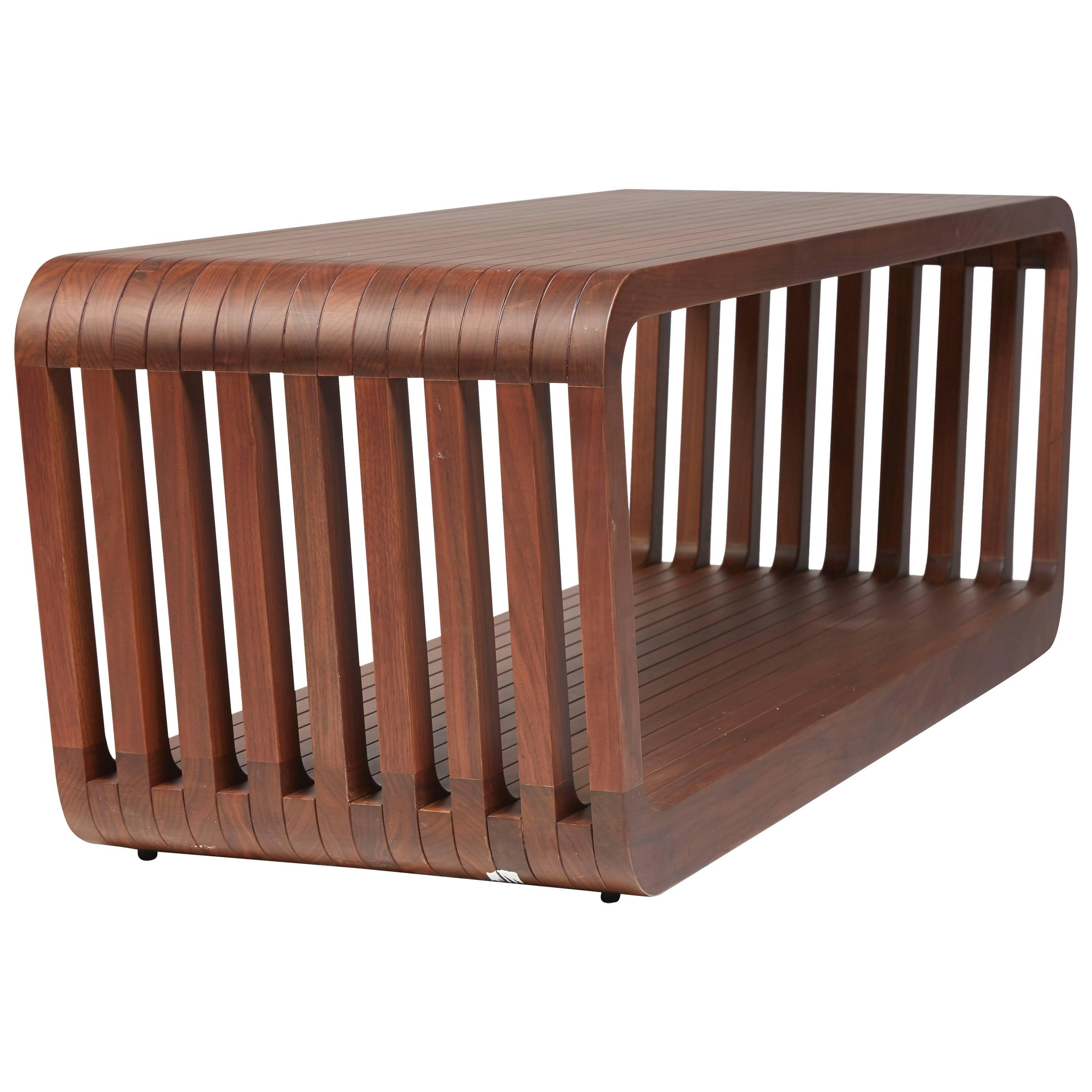 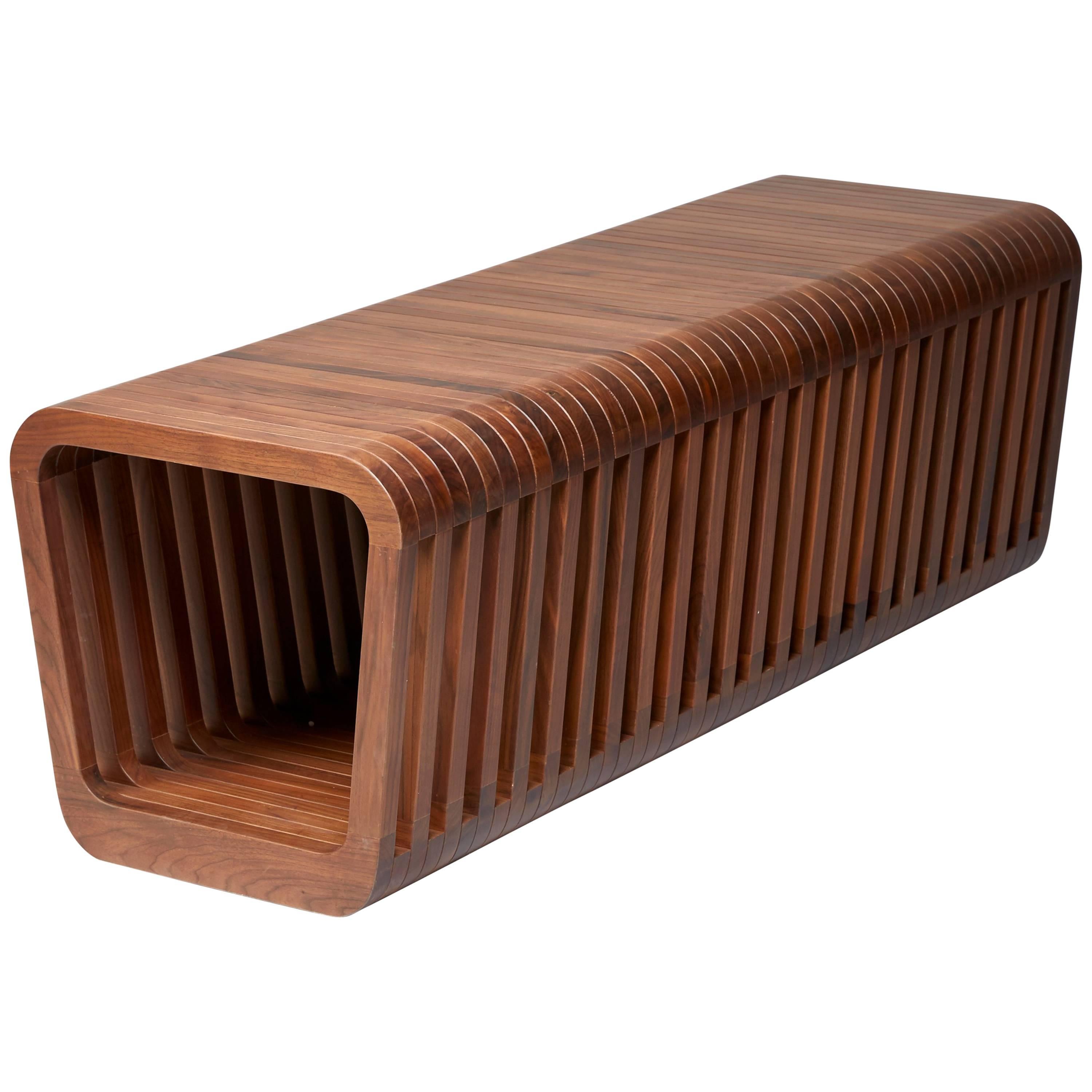 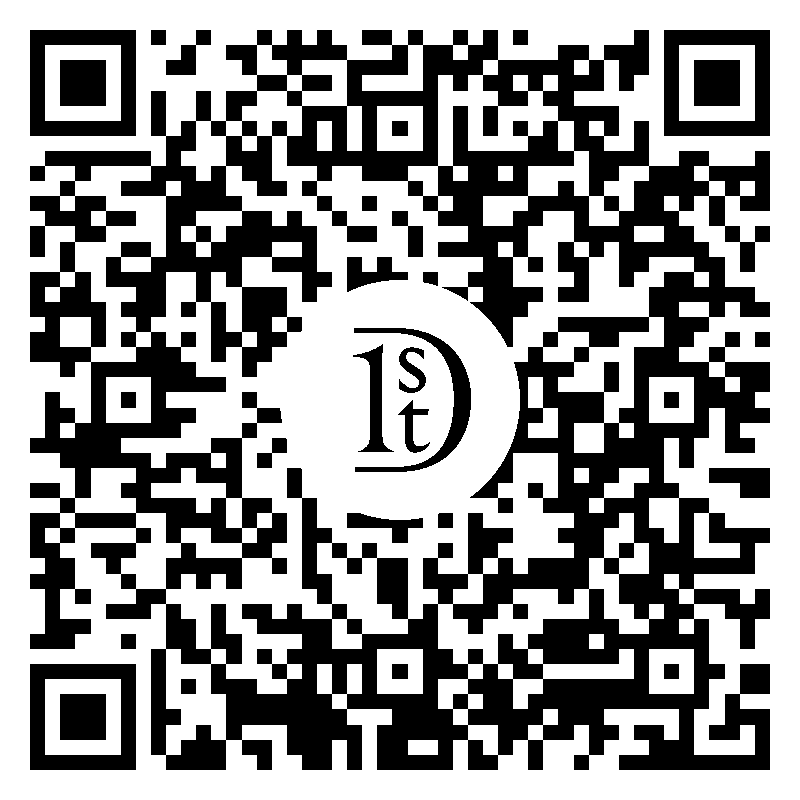 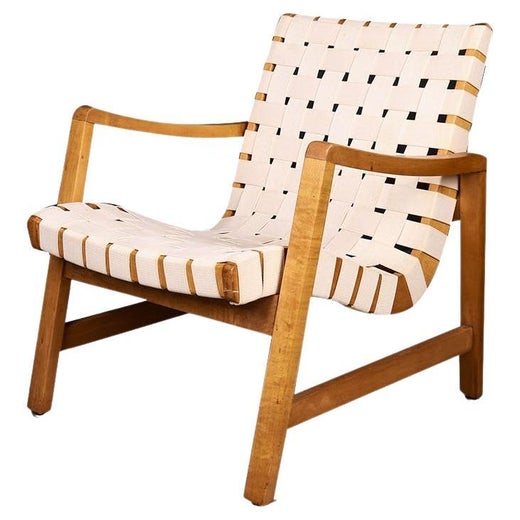 The Danish-born Jens Risom brought the Scandinavian modern design sensibility to a wide audience in the United States. As the first designer for Knoll Inc., Risom introduced American buyers to the region’s enduring design values of simplicity, grace and craftsmanship.

Risom trained in furniture making at the Copenhagen School of Industrial Arts and Design under Ole Wanscher, alongside classmates Hans Wegner and Børge Mogensen. In 1939, a year after graduating from business school, Risom decided to move to the U.S.

While working for an interior designer in New York in 1941, he met Hans Knoll, and the businessman and the designer hit it off. They brought out their first line the next year, despite wartime materials restrictions. The signature piece — now a design icon — was a lounge chair with a striking, undulant birch frame and a seat made of webbed sub-military grade parachute straps. Risom was drafted into the army, and served as a translator under General George Patton. When he returned from the war, Risom clashed over furniture design ideals with his business partner’s new bride, Florence Knoll, the pioneering mid-century modernist who was schooled in the Bauhaus method, which favored furniture with strict, geometric metal frames. Risom then started his own company, Jens Risom Design.

In the course of his long career, Risom developed a stylistic vocabulary that was a reflection of the life of the man himself: his furniture has Danish warmth coupled with an American air of crisp efficiency. Vintage Risom chairs are almost instantly recognizable — the arms and seat backs are set at a distinctive angle that seems to invite people to sit back and relax, yet they know they can hop up in an instant, ready to go.

As you will see on these pages, Jens Risom is one of the great men of American modern design who made furniture that is unique and timeless.

About the Seller
5.0
Located in Hyattsville, MD
Platinum Seller
These expertly vetted sellers are 1stDibs' most experienced sellers and are rated highest by our customers.
Established in 2003
1stDibs seller since 2013
606 sales on 1stDibs
Typical response time: 1 hour
More From This SellerView All
People Also Browsed
You May Also Like