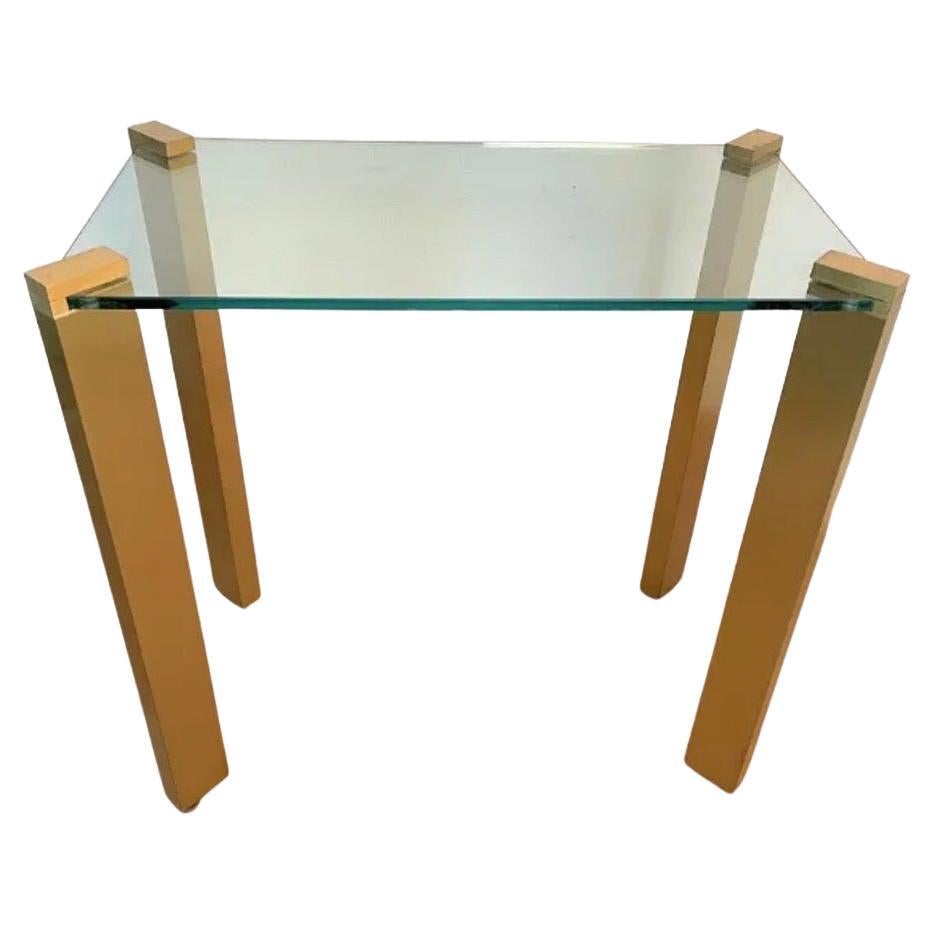 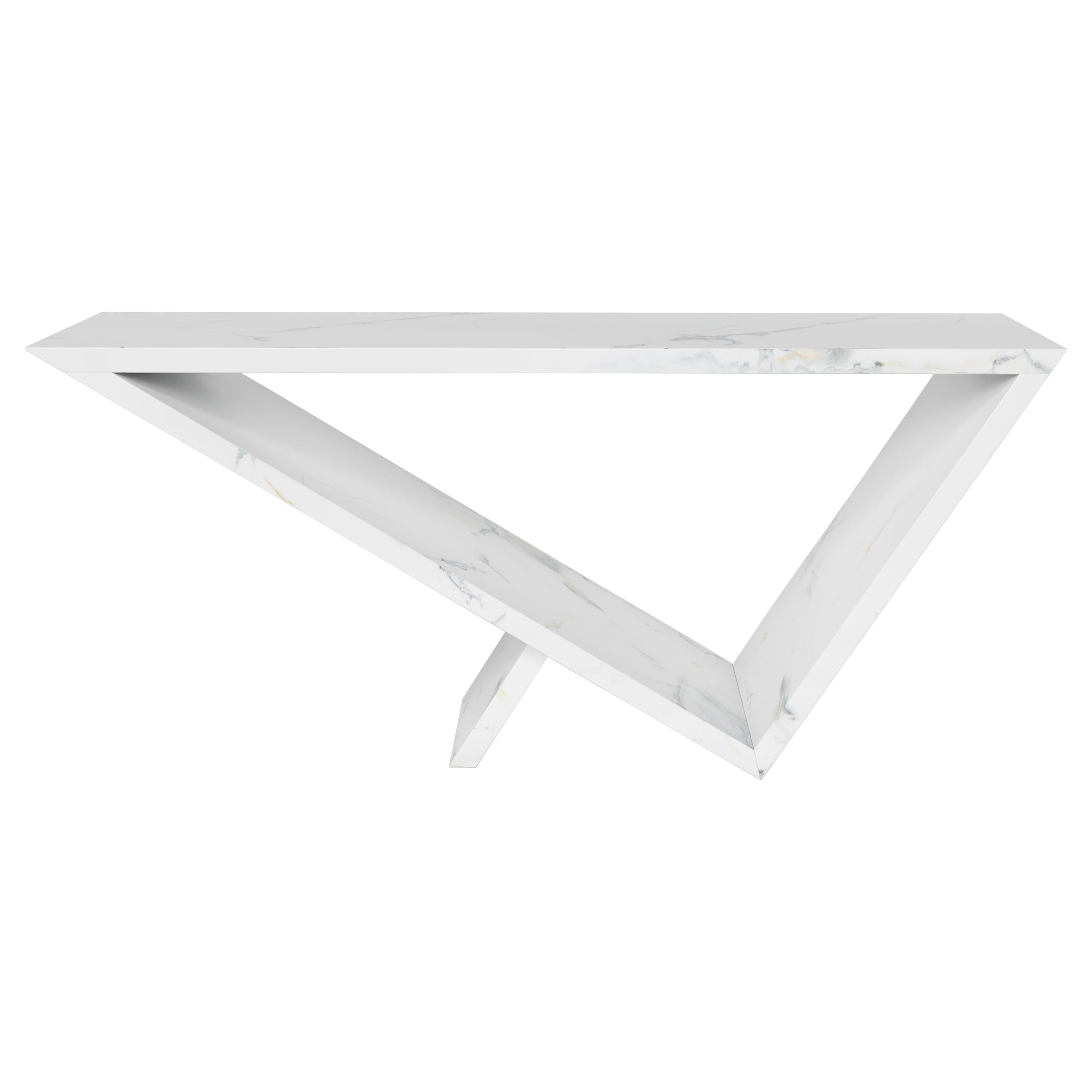 Console with Wall Mirror Designed by James Mont, circa 1935, Made in USA 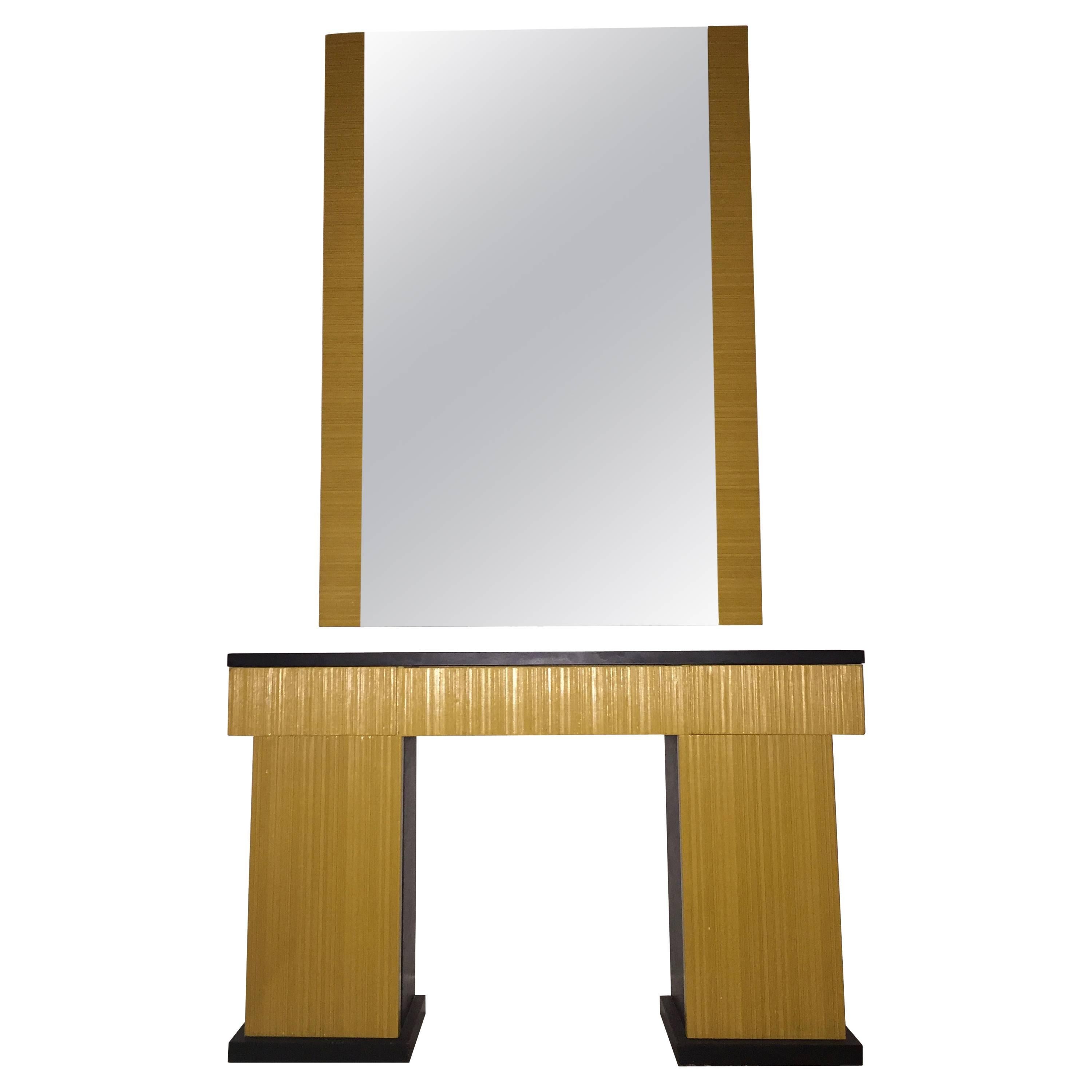 Midcentury Mahogany Console in the Manner of James Mont, circa 1950. 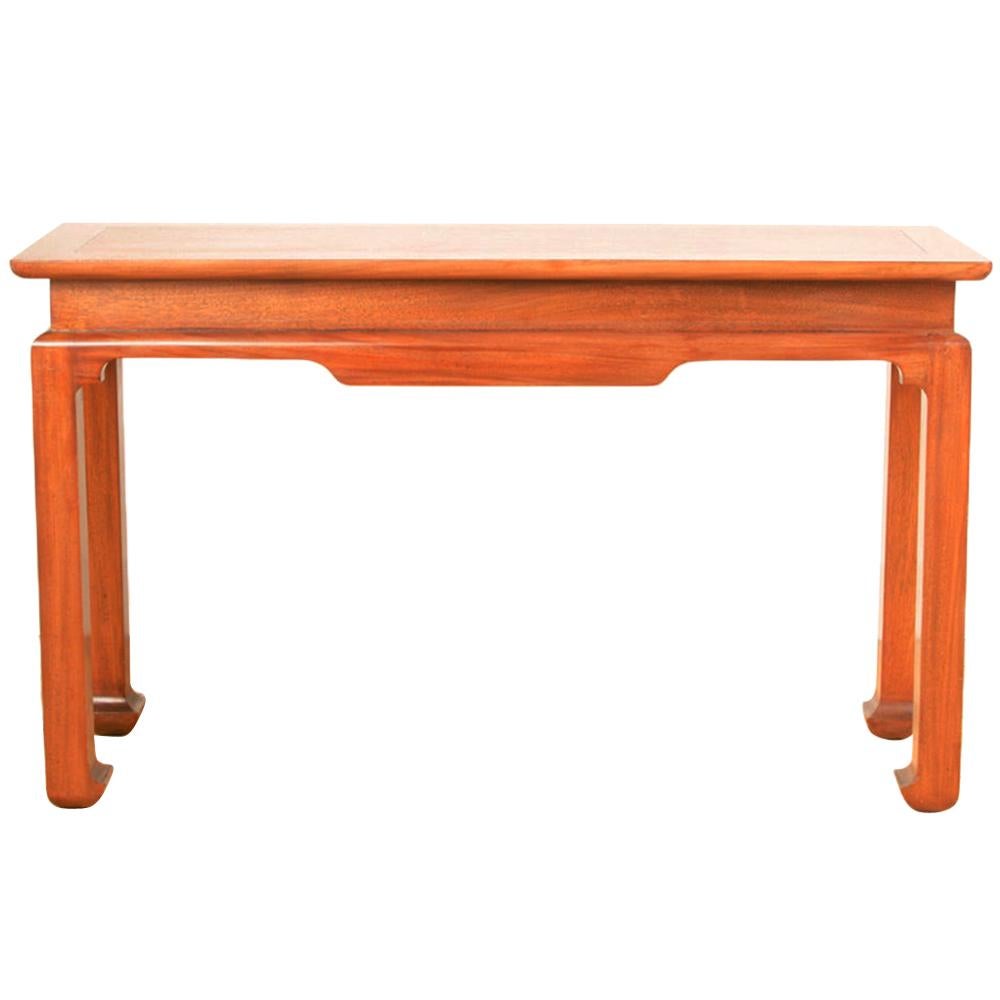 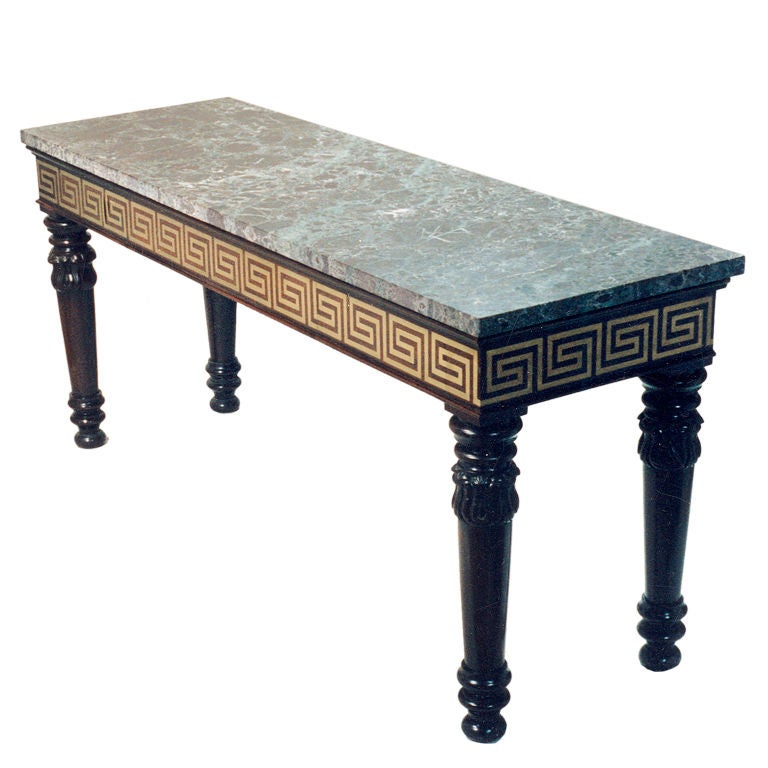 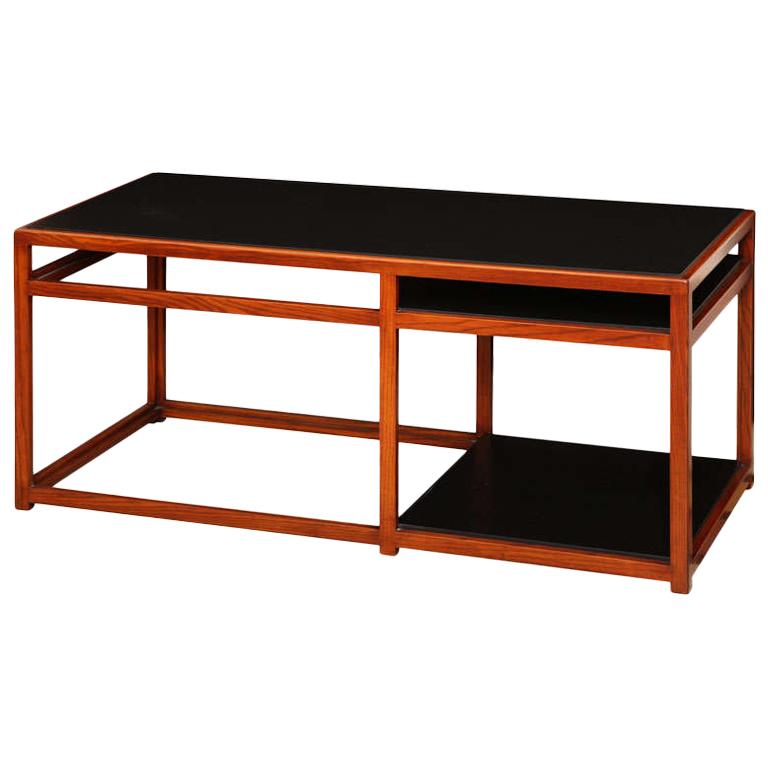 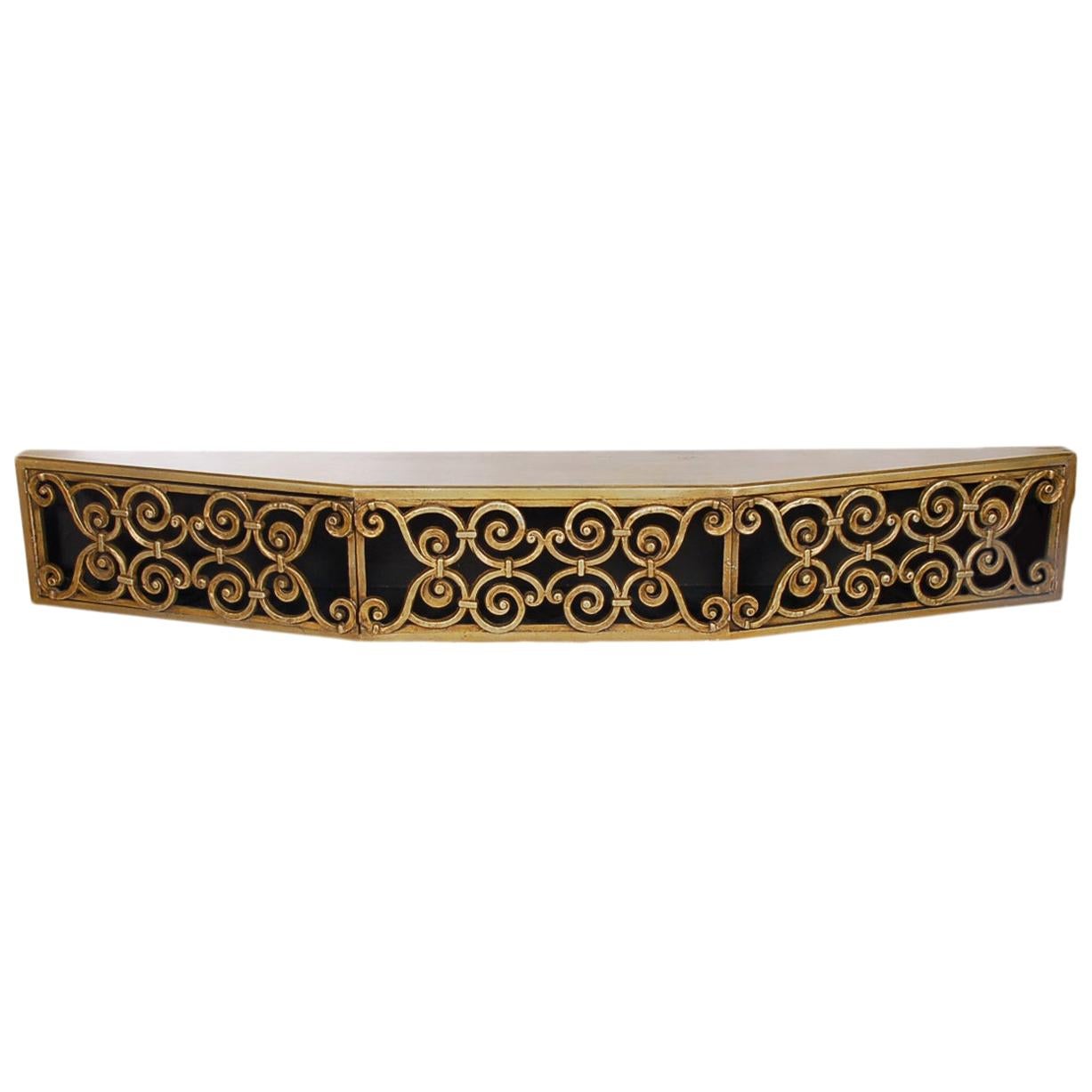 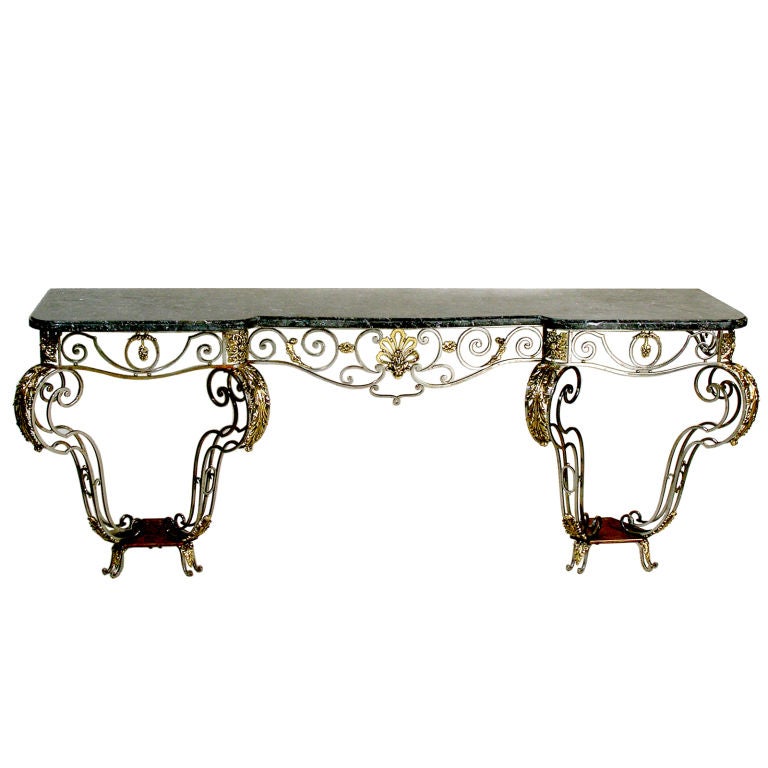 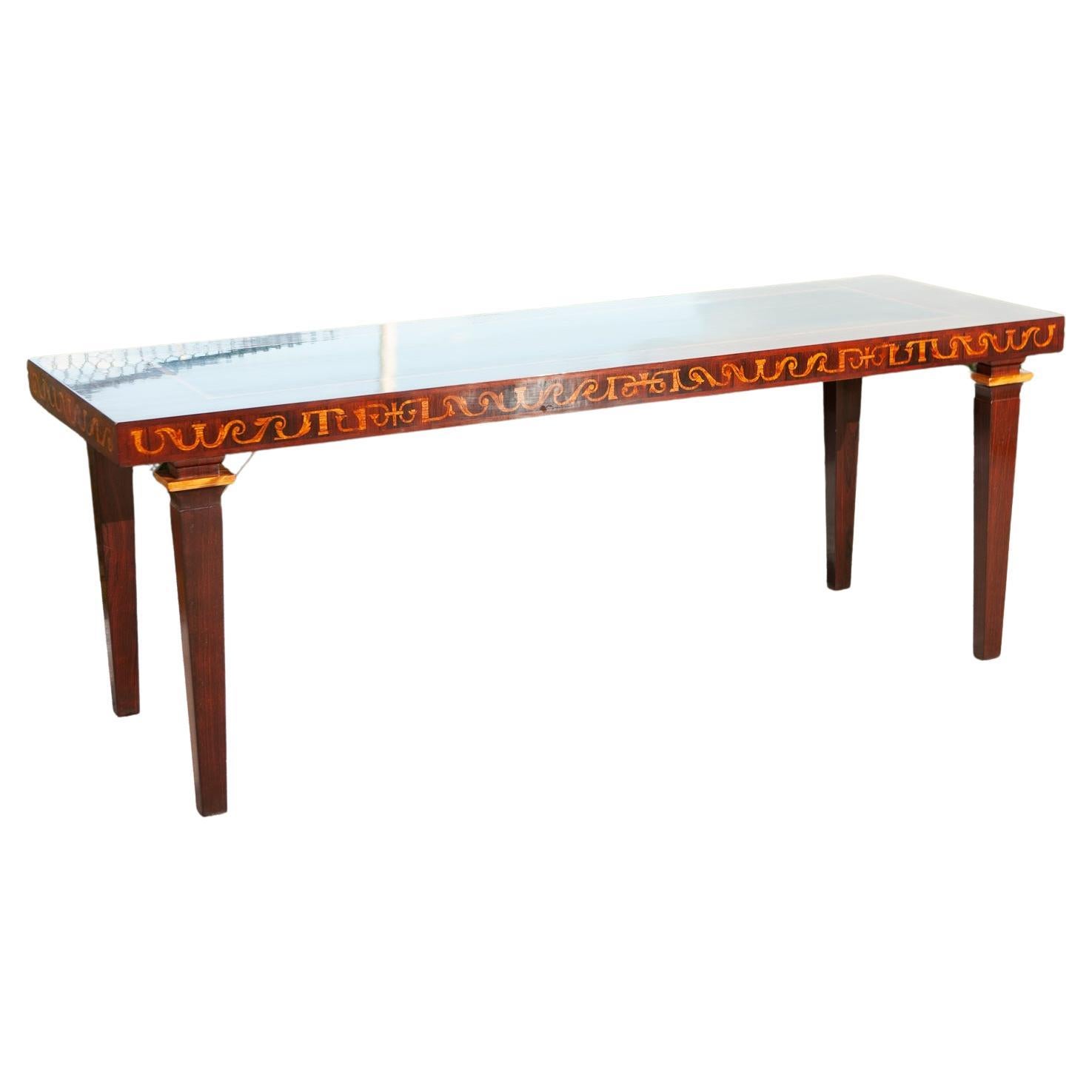 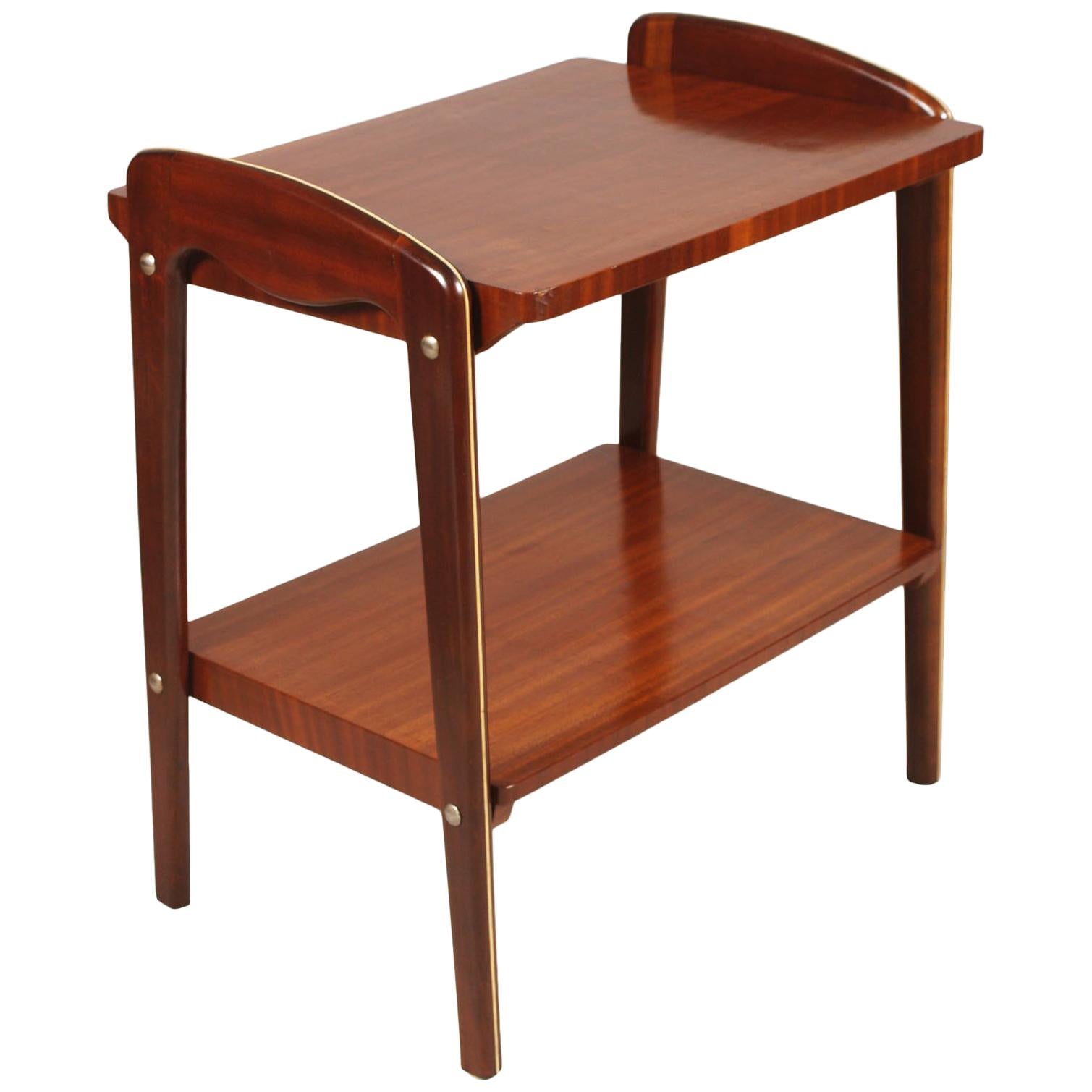 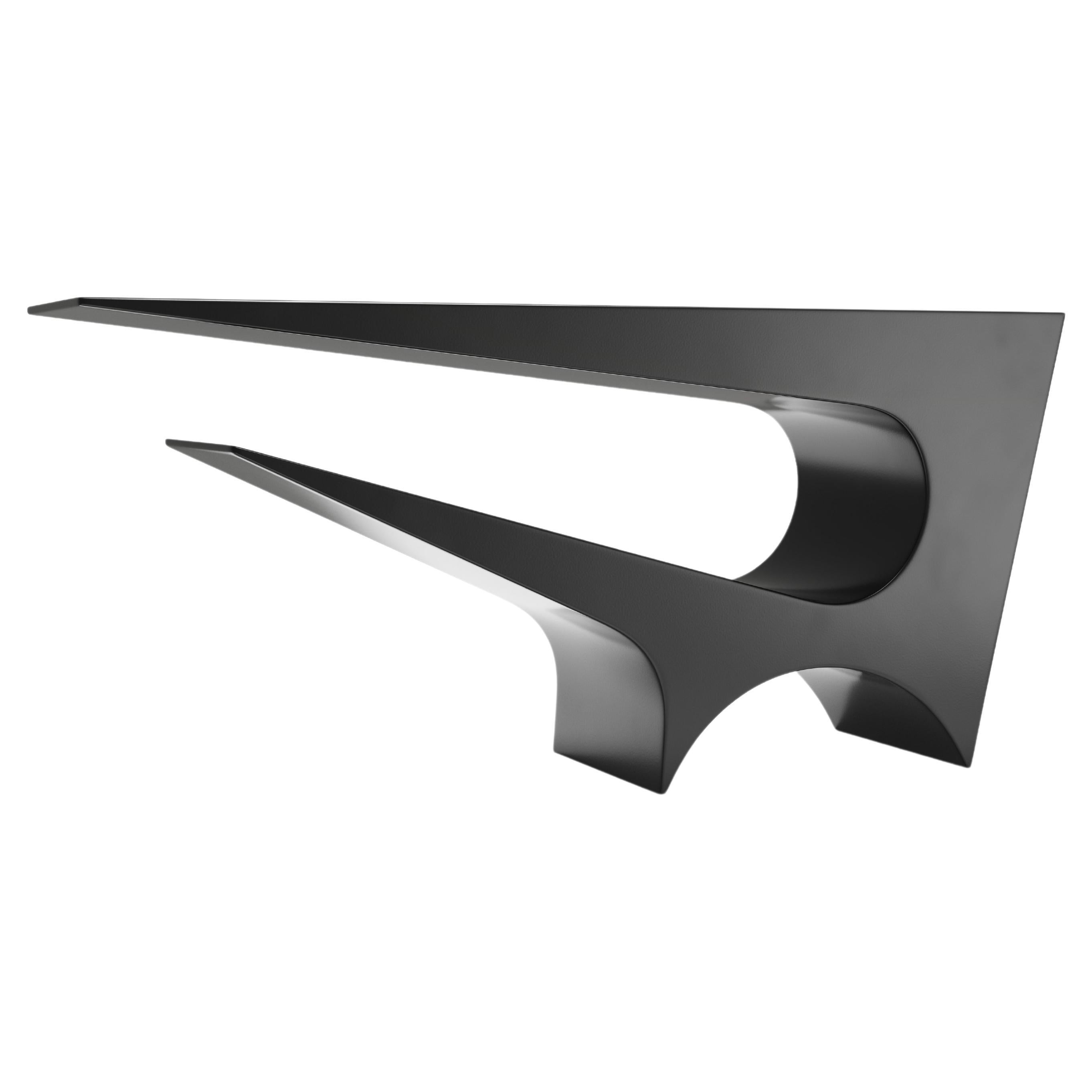 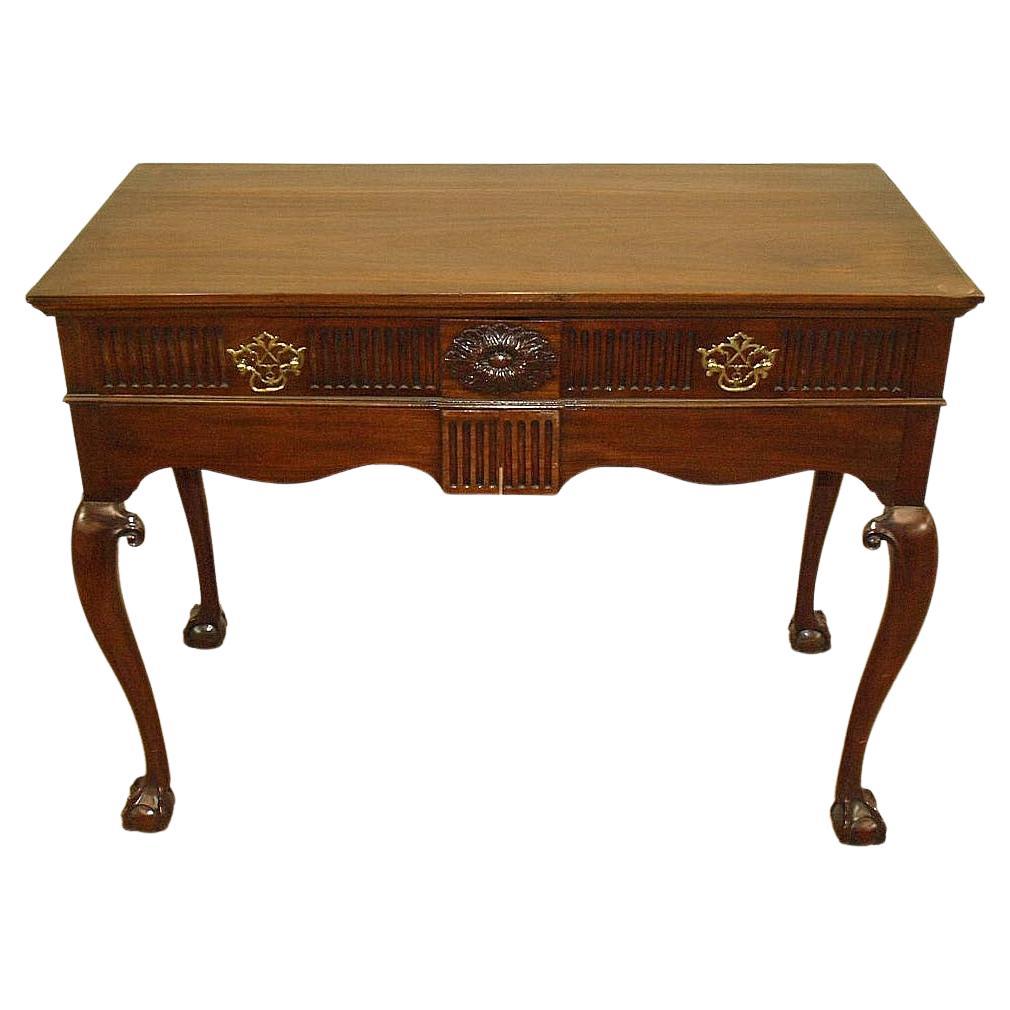 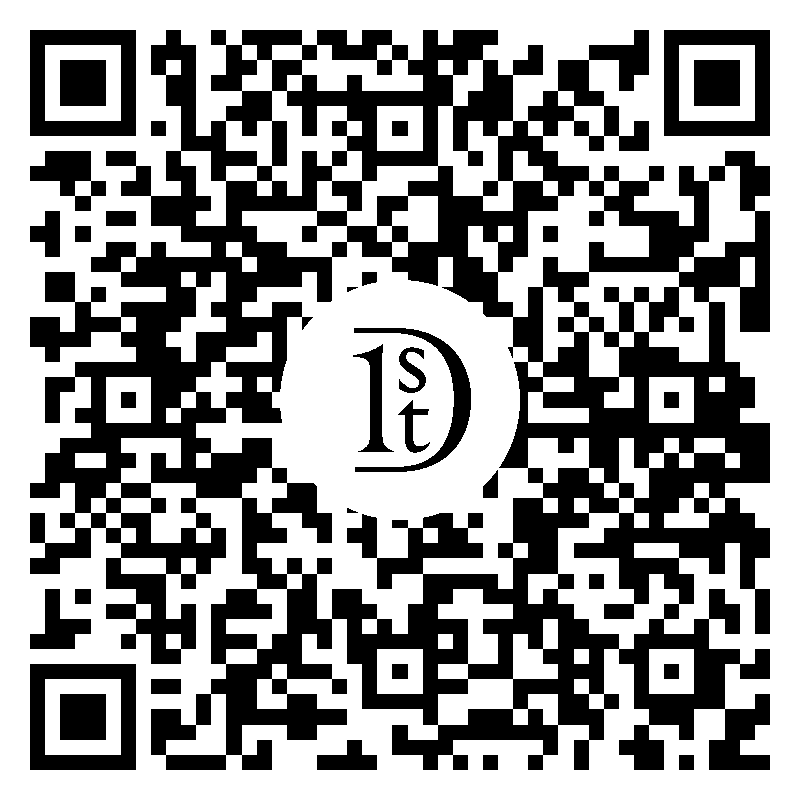 This beautiful silver leafed pagoda console by James Mont retains its original silver leaf finish which is in outstanding condition. The console has three cut-out decals which support the pagoda top and has three drawers, with the center one which is braded James Mont design. 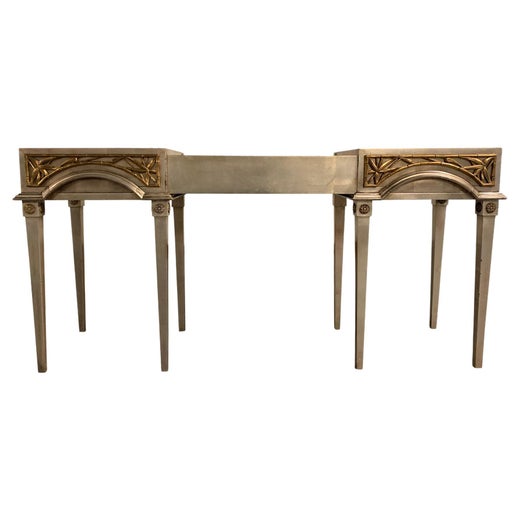 James Mont’s life as an unmistakably talented furniture designer and interior decorator could fill the pages of a best-selling novel or be reimagined as a Hollywood feature film. From the 1930s through the 1960s, Tinseltown’s glitterati and Manhattan’s Mafia underworld coveted his sofas, coffee tables and table lamps.

Mont was born Demetrios Pecintoglu in Istanbul, Turkey, in 1904 to a family of artists. He reportedly studied architecture and art in Spain and France, and during the 1920s, Mont immigrated with his family to the United States.

Mont and his family settled in New York, where he found work in a Brooklyn electrical supply shop. There he sold hardware and designed his own lighting fixtures. The latter caught the eye of a gangster named Frankie Yale, who commissioned him to refurnish his house. Mont’s opulent designs drew on Art Deco, Hollywood Regency and were occasionally marked by chinoiserie, then a very popular trend in decorating. He created the kind of low-profile side tables and sofas that are frequently associated with mid-century modernism, and he is credited today with helping popularize the integration of Asian influences in modern American design.

Mont soon attracted New York City’s most infamous crime bosses, including Charles “Lucky” Luciano and Frank Costello. For a range of mobsters, he created fashionable, functional and sophisticated pieces such as collapsible home bars that would fold down and out of view — a particularly convenient feature during Prohibition — and tables and desks with secret drawers, which were also handy to Mont’s shady clientele.

“You bought a bar from him, and he would also deliver booze in a baby carriage,” antiques dealer and furniture retailer Todd Merrill told New York about Mont in 2008.

Mont designed a room for the World’s Fair in 1939 and later befriended Hollywood celebrities such as Bob Hope, who was best man at his wedding, Irving Berlin and Lana Turner. During the 1940s and ‘50s, Mont continued designing furniture, mastering finishing techniques such as lacquering and incorporating a distinctive “leafing” print effect with silver and gold into his pieces.

Mont’s designs enjoyed a resurgence in the 1990s, and his pieces continue to be sought after by collectors.

About the Seller
5.0
Located in New York, NY
Vetted Seller
These experienced sellers undergo a comprehensive evaluation by our team of in-house experts.
Established in 2001
1stDibs seller since 2004
293 sales on 1stDibs
Typical response time: <1 hour
Associations
20th Century Specialists
More From This SellerView All
You May Also Like