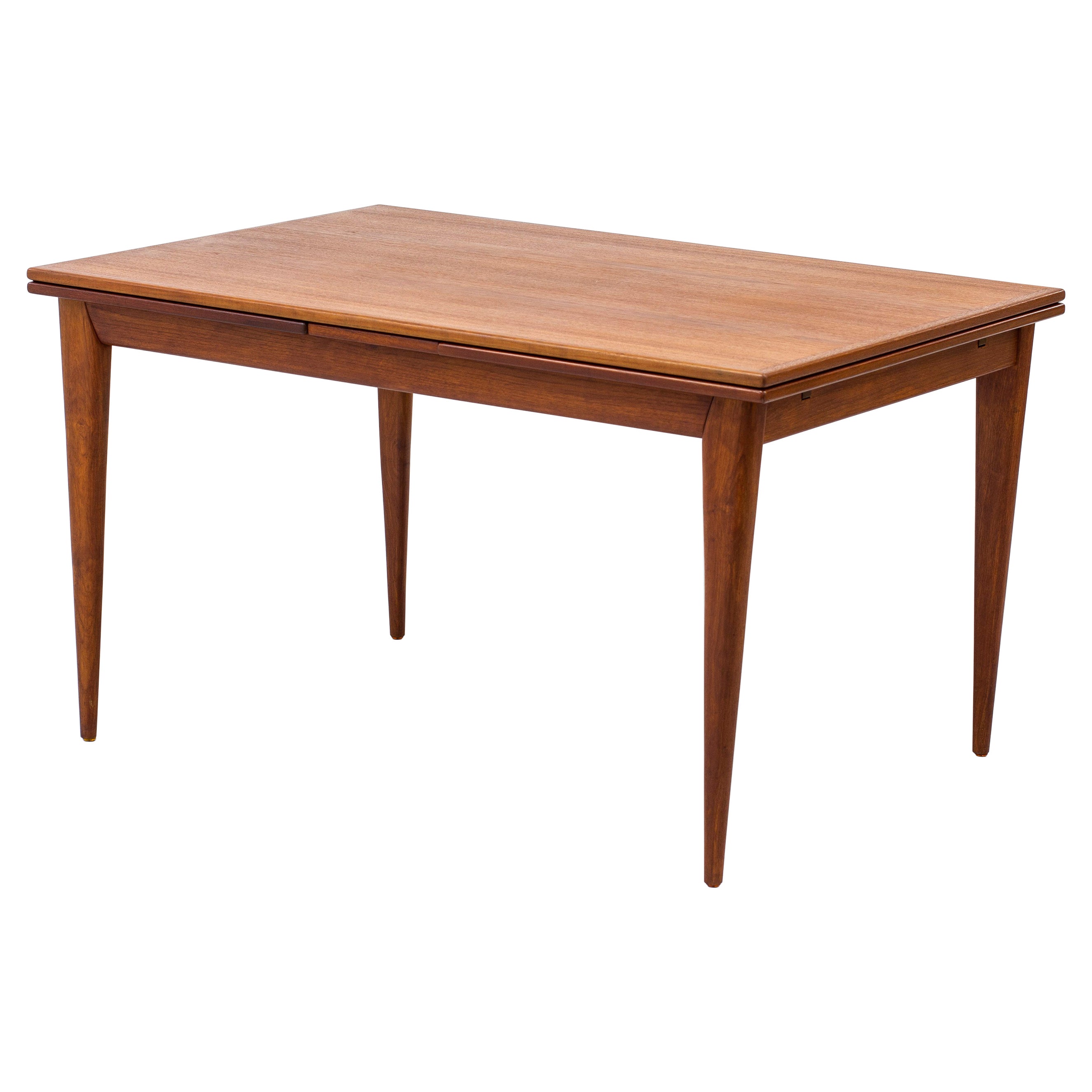 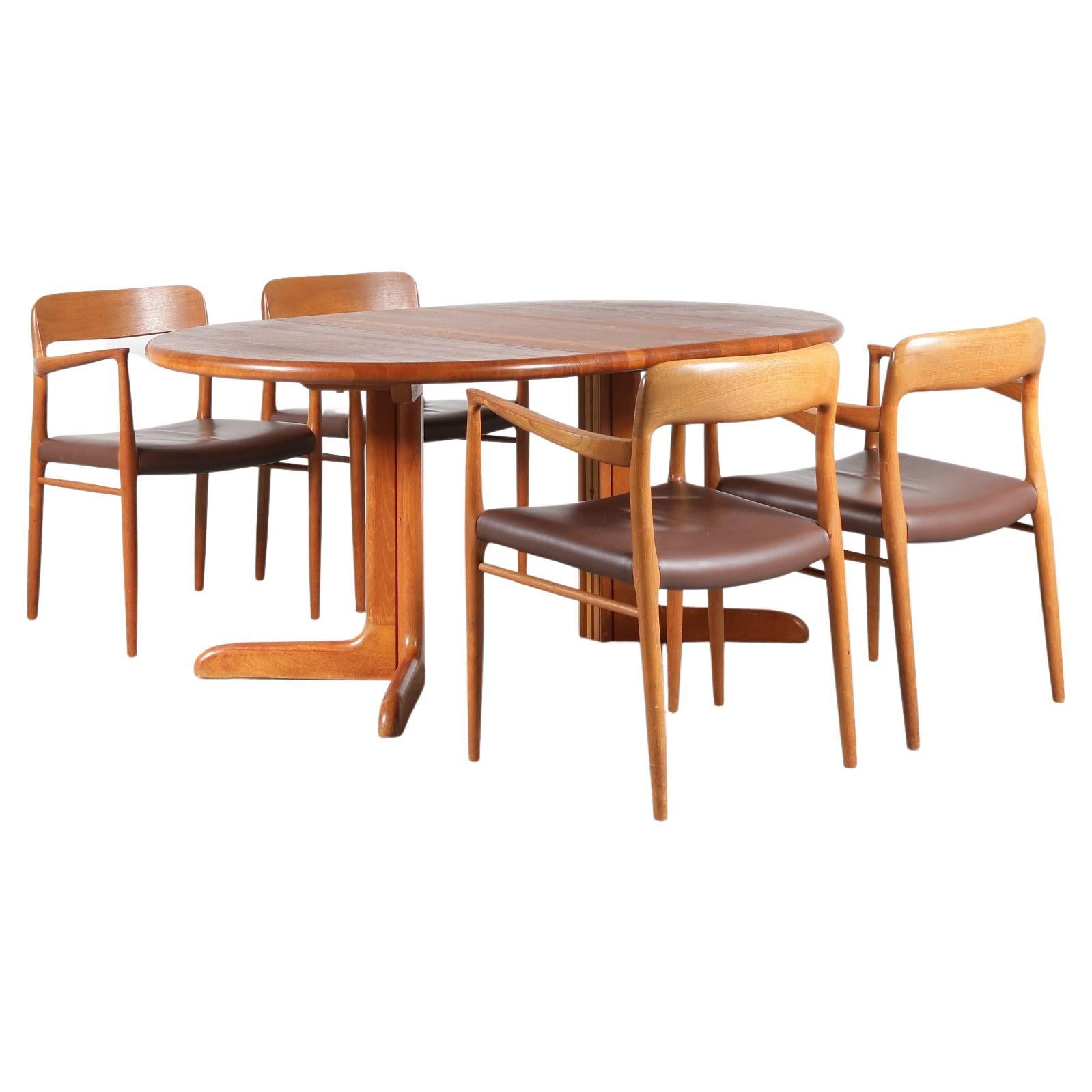 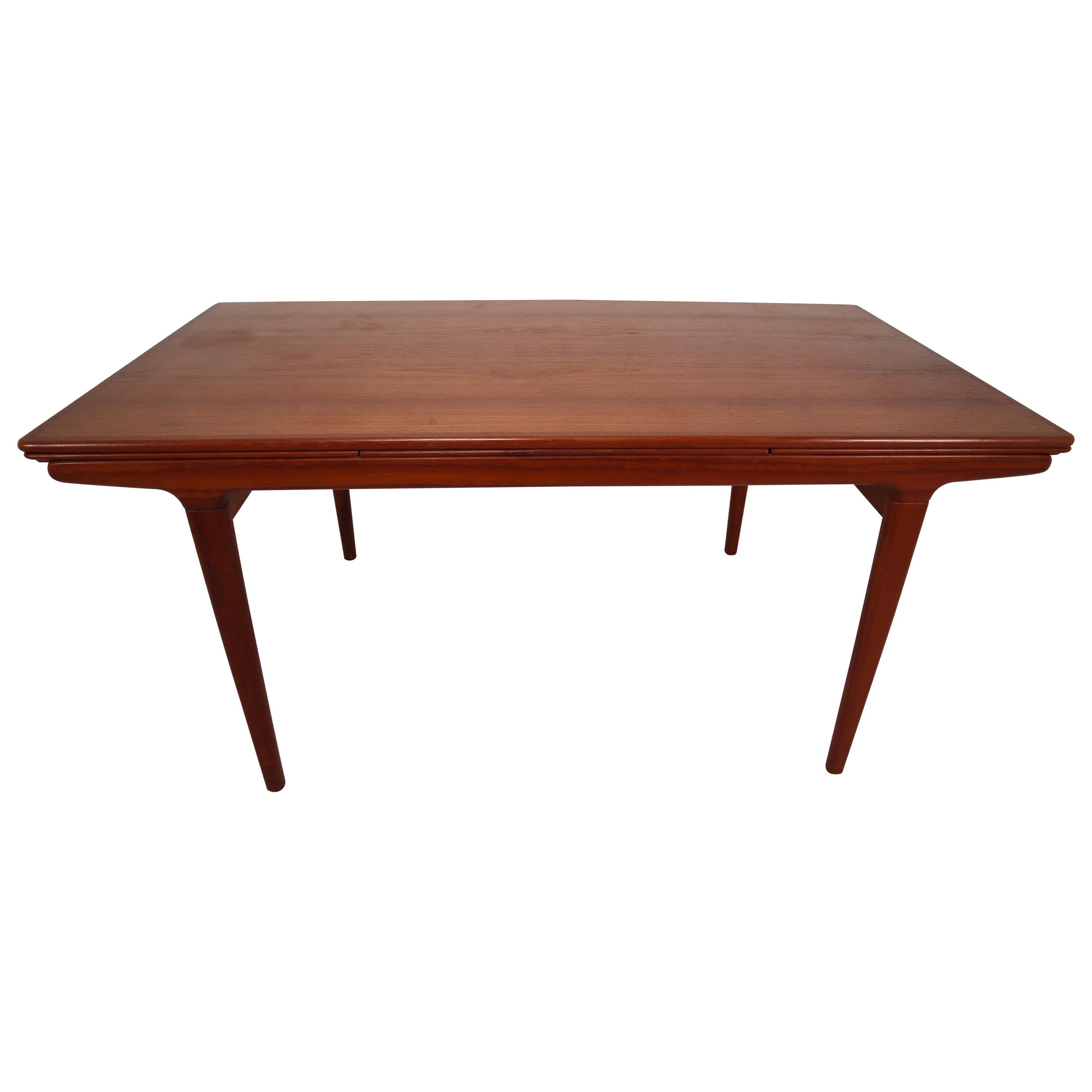 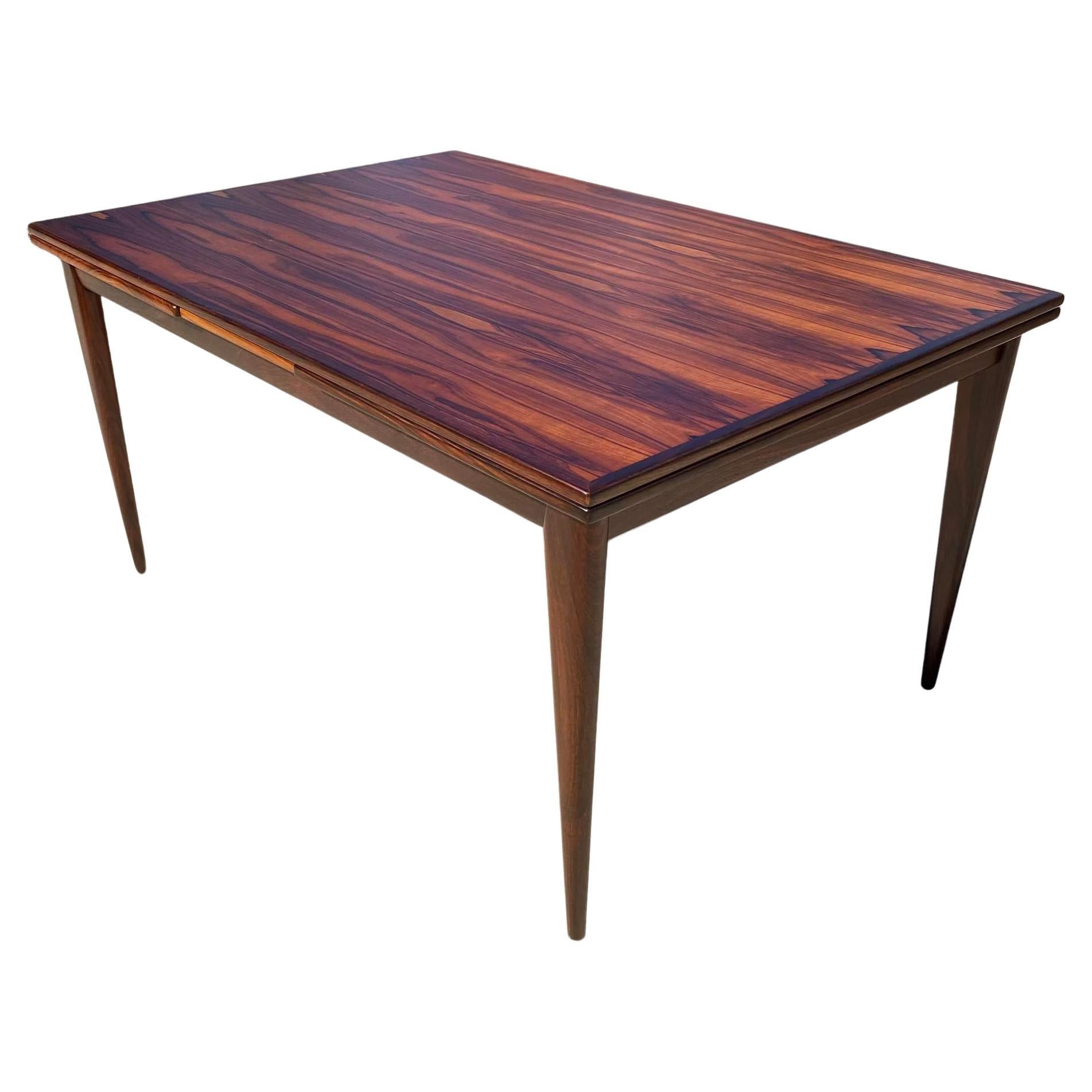 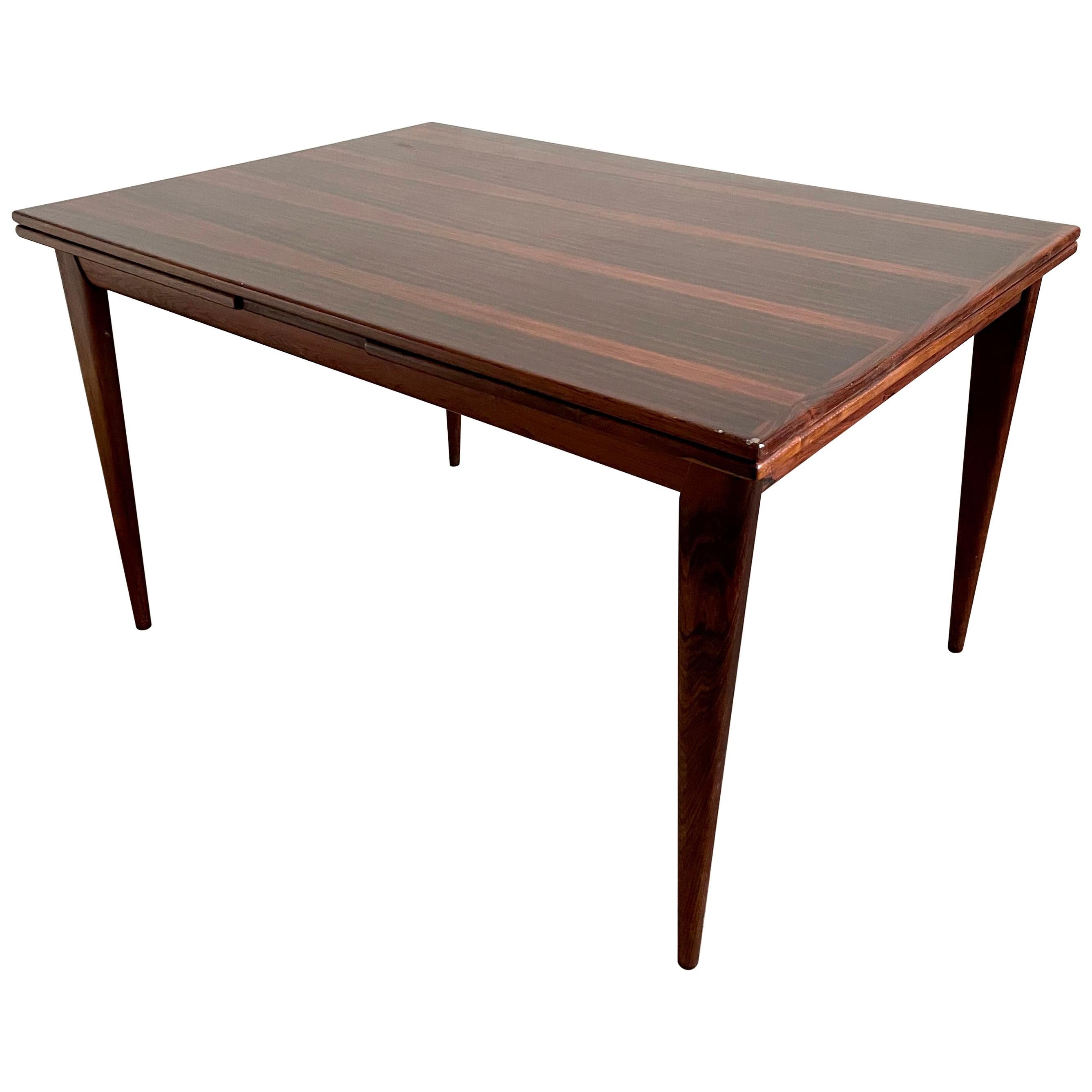 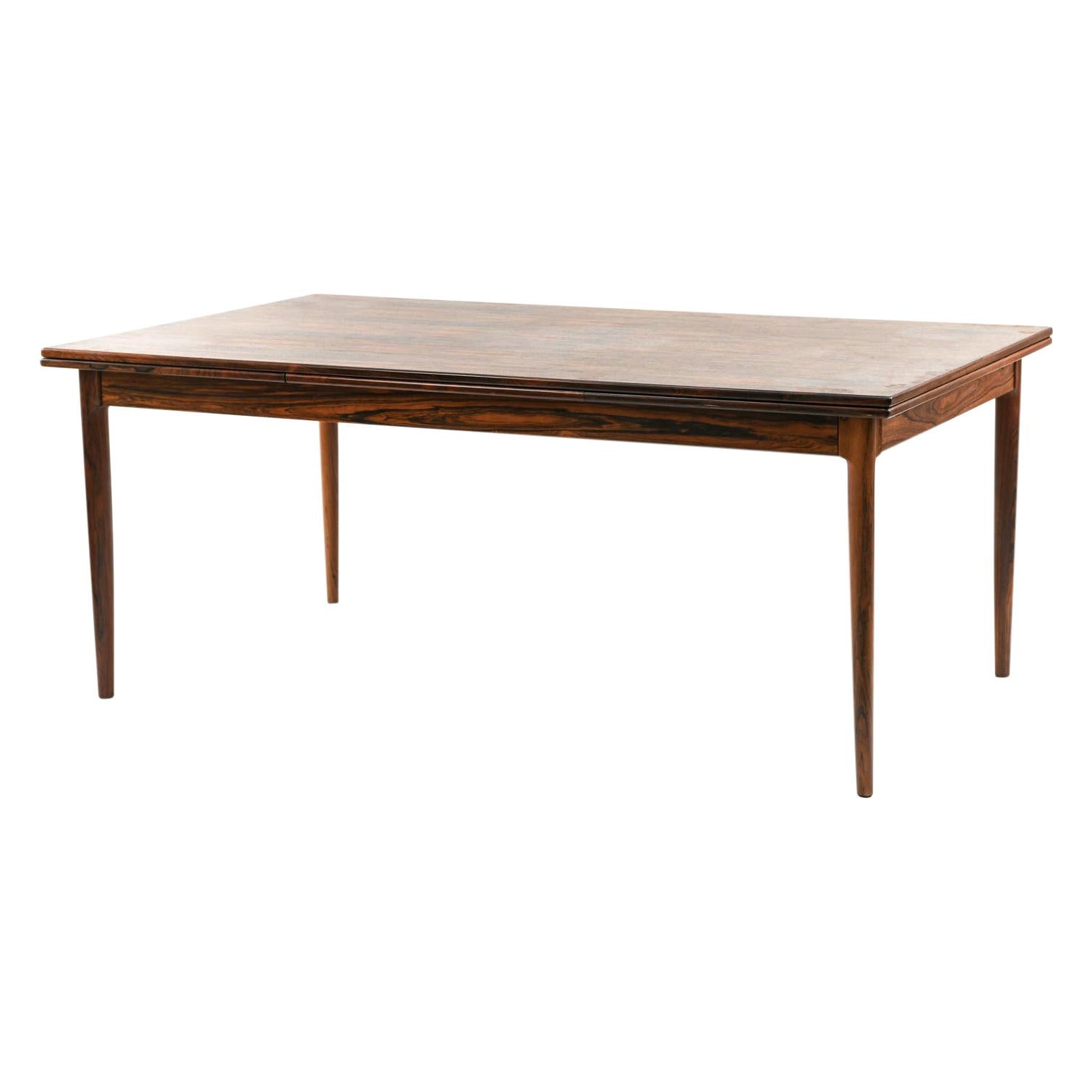 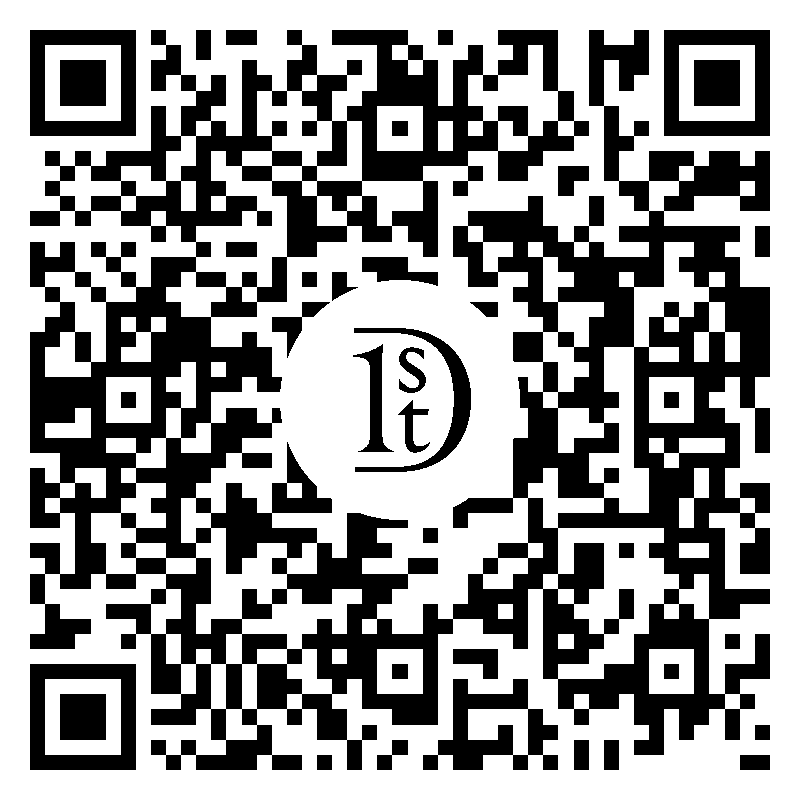 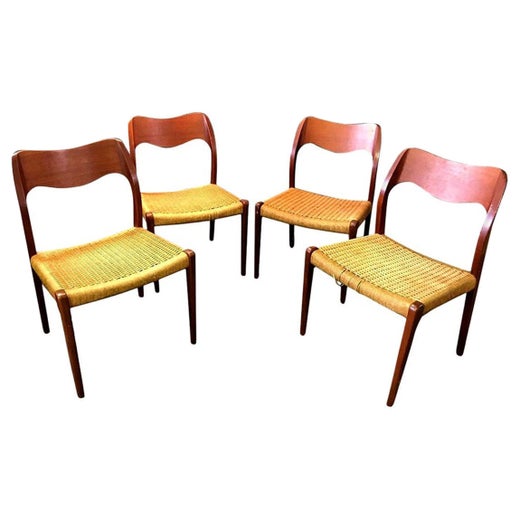 Working in rich woods to create durable furniture that is today recognized for its elegant simplicity and solid craftsmanship, Niels Otto Møller was one of the original designers of the famed Scandinavian modern movement that swept through postwar Europe and, eventually, the United States.

At the age of 19, Møller studied to be a cabinetmaker, gaining a strong affinity for working with natural materials. He furthered his education at the local design academy in his hometown of Århus, Denmark, where, in 1944, he established J.L. Møllers Møbelfabrik. Møller’s first chair — called simply No. 1 — was introduced in 1946. In 1961, he expanded his thriving business by opening a factory in Højbjerg, producing his popular dining chairs as well as armchairs, lounge chairs, tables and more. Rather than unnecessary ornamentation, he focused on a warm and more minimalist approach that valued function over form. Nearly all of his pieces, from the 1962 Model 78 chair to his simple tables, feature gentle curves formed from woods such as rosewood and teak (a sought-after material among furniture designers of the time).

Though the furnishings boasted a contemporary look and were a departure from the ornate designs of the recent past, Møller’s company crafted all of them using traditional, age-old techniques. For instance, the 1959 Model 77 side chair’s seat is handwoven using a single 425-foot-long cord. Today, the Danish furniture designer’s refined pieces continue to be as sought after as they were when mid-century modernism was in full swing.

The company, still based in its original factory, remains a family business, now headed by Møller’s granddaughter, Kirsten Møller. Along with new pieces, they craft the celebrated original designs, from raw wood to finished assembled products, that made J.L. Møllers Møbelfabrik a renowned name in Danish Modern design. 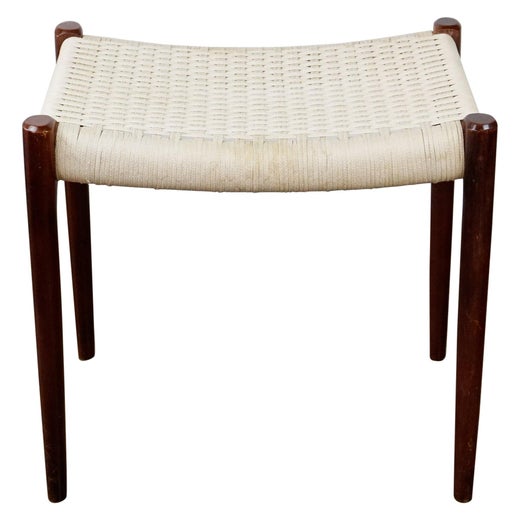 Family-owned and operated since its inception, furniture manufacturer J.L. Møllers Møbelfabrik is known to collectors for its impeccably crafted vintage chairs, dining tables and more. Its production of elegant, built-to-last furniture that favors pared-back functional forms over ornamentation has earned the company an international reputation as a leading manufacturer of Scandinavian modern furniture.

J.L. Møllers Møbelfabrik was founded in 1944 by noted furniture designer Niels Otto Møller. Hailed as one of the most influential pioneers of Danish furniture design, Møller trained as a cabinetmaker before going on to study design in his hometown of Åarhus, Denmark. Here he founded J.L. Møllers Møbelfabrik and designed his first chair, the aptly named No.1. In 1961, owing to high demand, the company moved their production headquarters to their plant in Højbjerg, Denmark, where they remain to this day. Møller’s company gained renown initially for their dining chairs but eventually became an important name in the manufacture of other household furnishings including armchairs, credenzas and dining room tables.

While J.L. Møllers Møbelfabrik streamlined and modernized the production of their furniture over the years, much of their fabrication process still adheres to time-honored traditions. Their furniture is built from sturdy, durable materials such as rosewood and teak (the latter came to define the simple shapes of mid-century modern design). Many of their most iconic designs, including their Model 77 chair, still incorporate handmade features such as woven seats.

Vintage J.L. Møllers Møbelfabrik furniture remains as popular today as it was at the height of the mid-century modern period. After Møller’s death in 1982, control of the company was handed down through his family. It is now led by his granddaughter, Kirsten Møller, who strives to uphold her grandfather’s vision. The original designs of Niels Otto Møller, including his legendary Model 78 chair, remain in production today.

Furniture produced by J.L. Møllers Møbelfabrik can be found in prestigious institutions such as the Victoria & Albert Museum in London and the Museum of Applied Arts in Vienna. The company was awarded the Danish Furniture Industry Prize in 1981.

1stDibs Buyer Protection Guaranteed
If your item arrives not as described, we’ll work with you and the seller to make it right. Learn More
About the Seller
5.0
Located in San Jose, CA
Platinum Seller
These expertly vetted sellers are 1stDibs' most experienced sellers and are rated highest by our customers.
Established in 2011
1stDibs seller since 2015
646 sales on 1stDibs
Typical response time: 1 hour
More From This SellerView All
People Also Browsed
You May Also Like