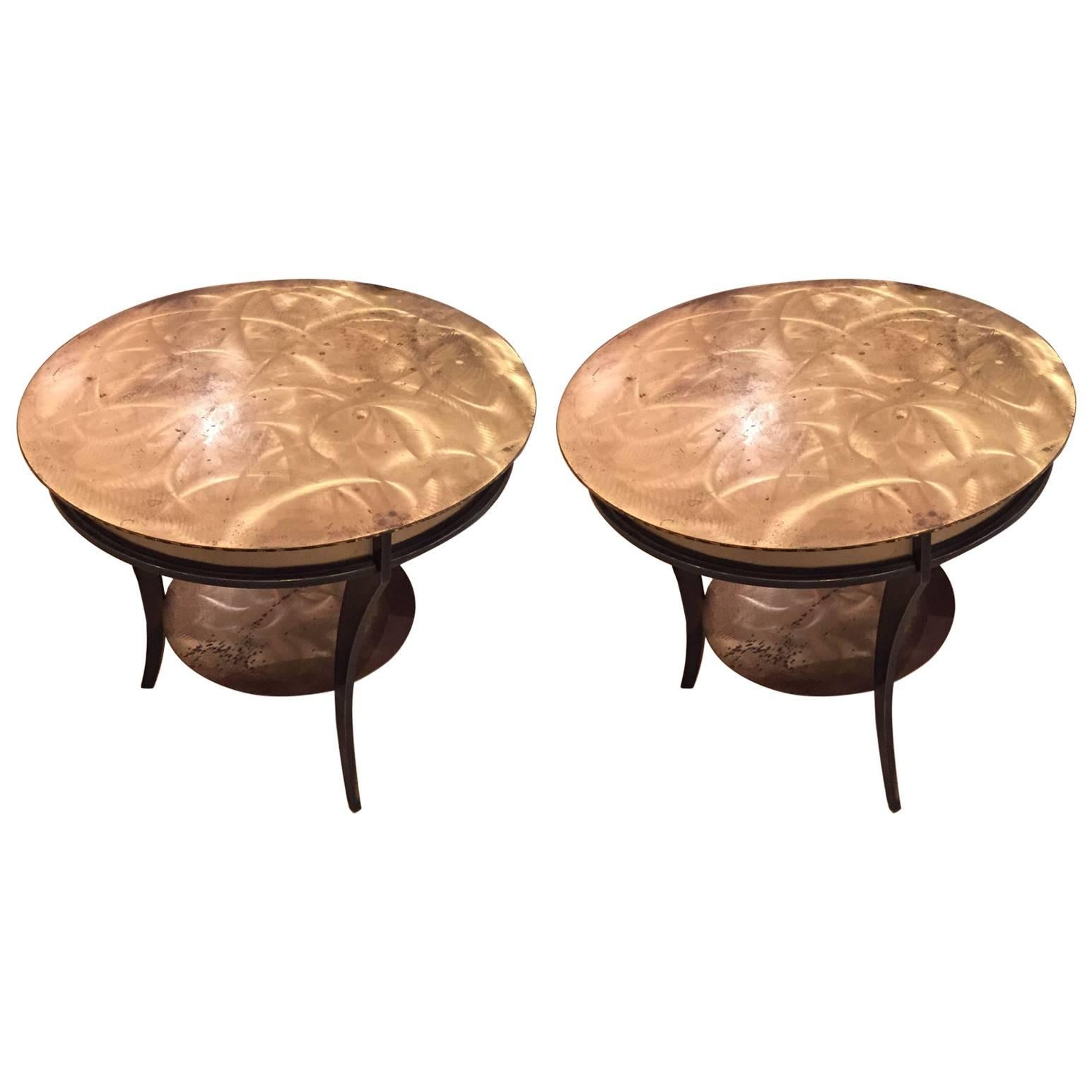 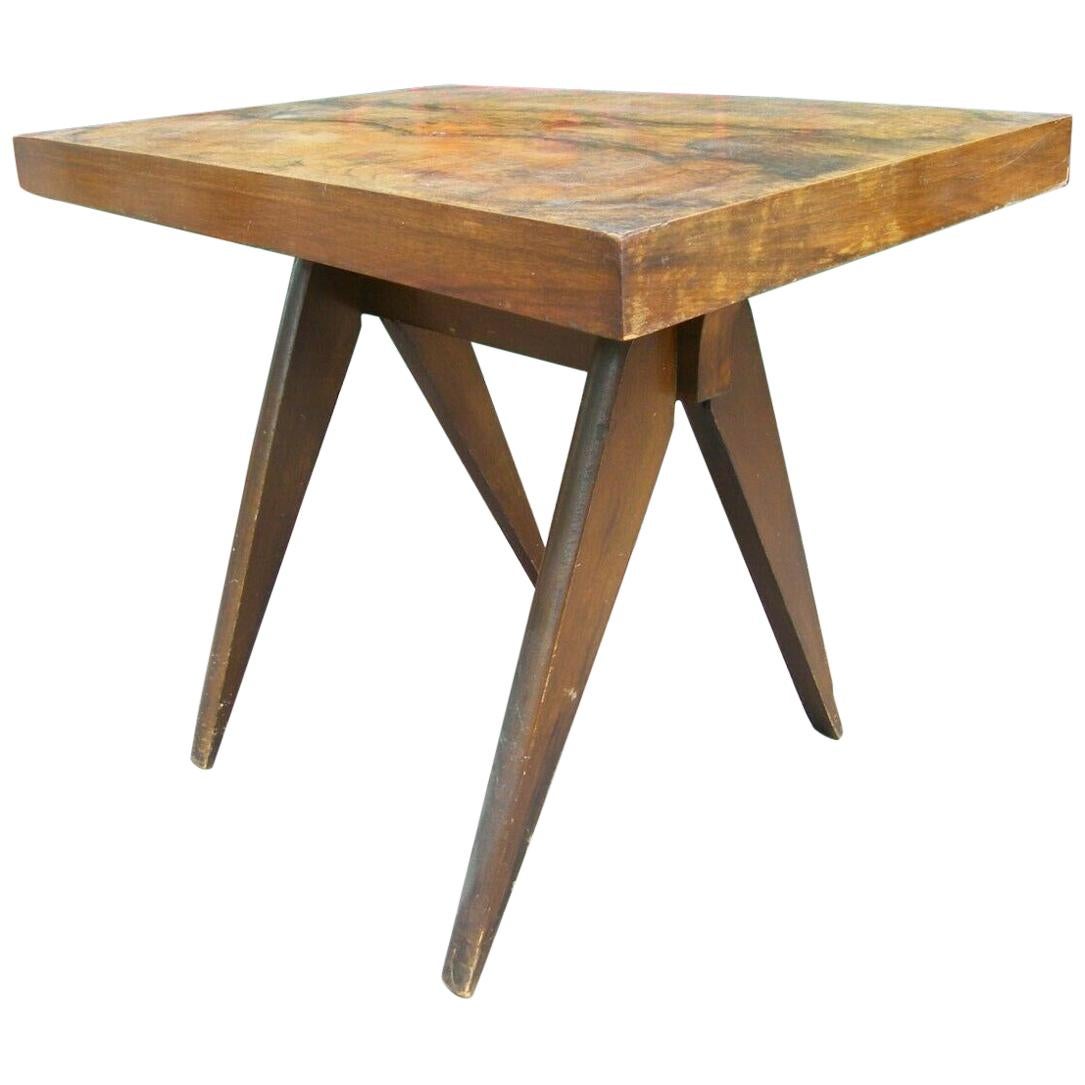 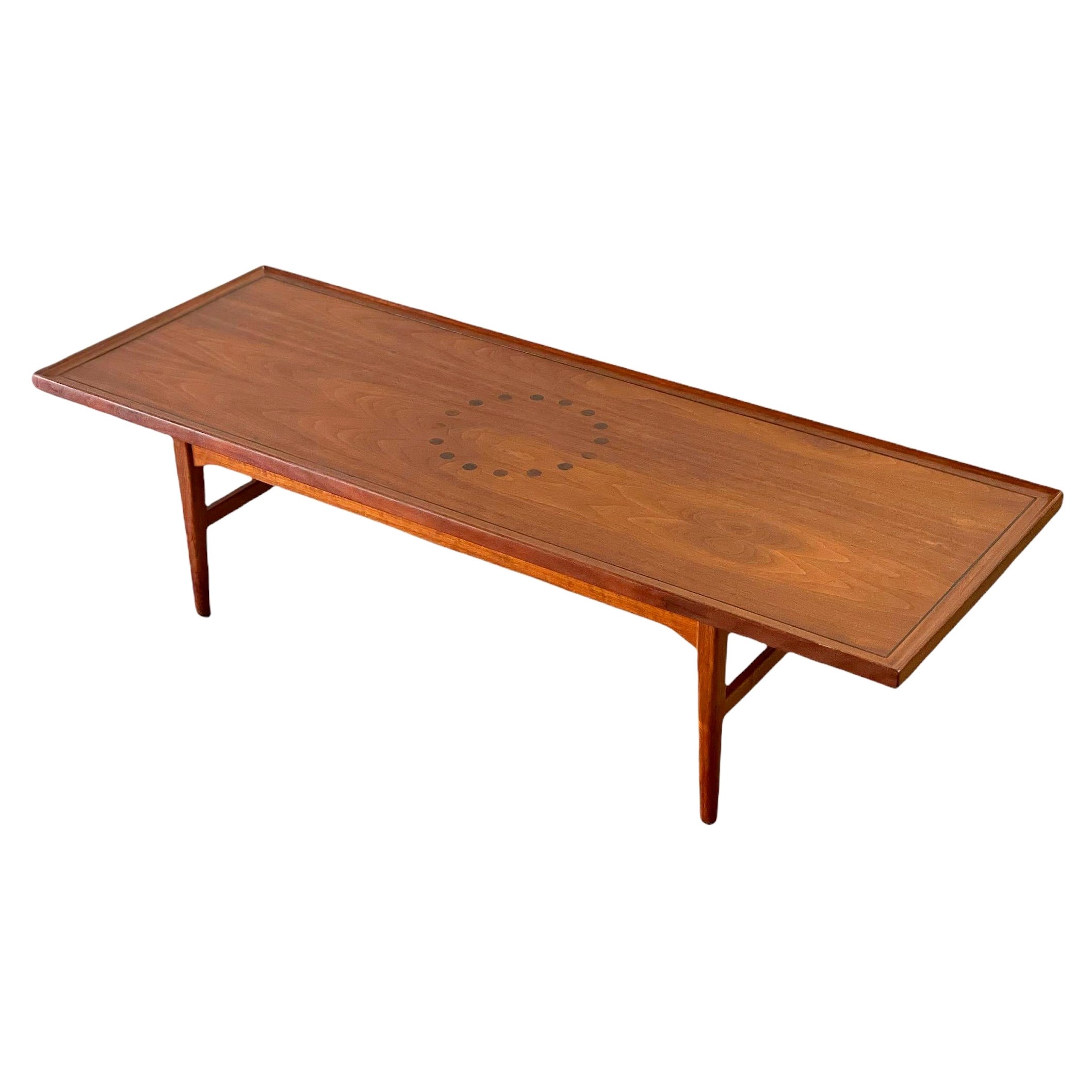 1950s Pair of Walnut Side Tables 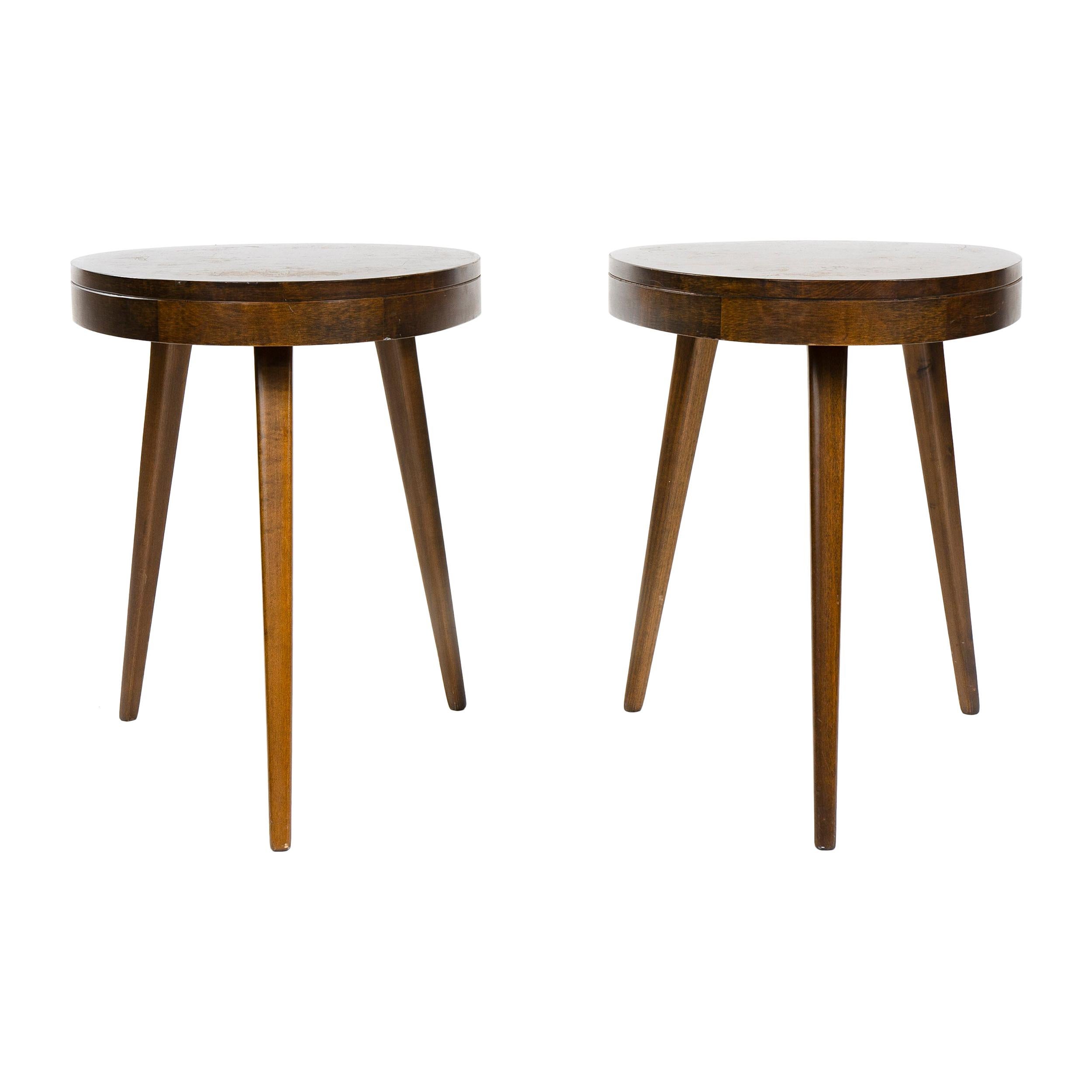 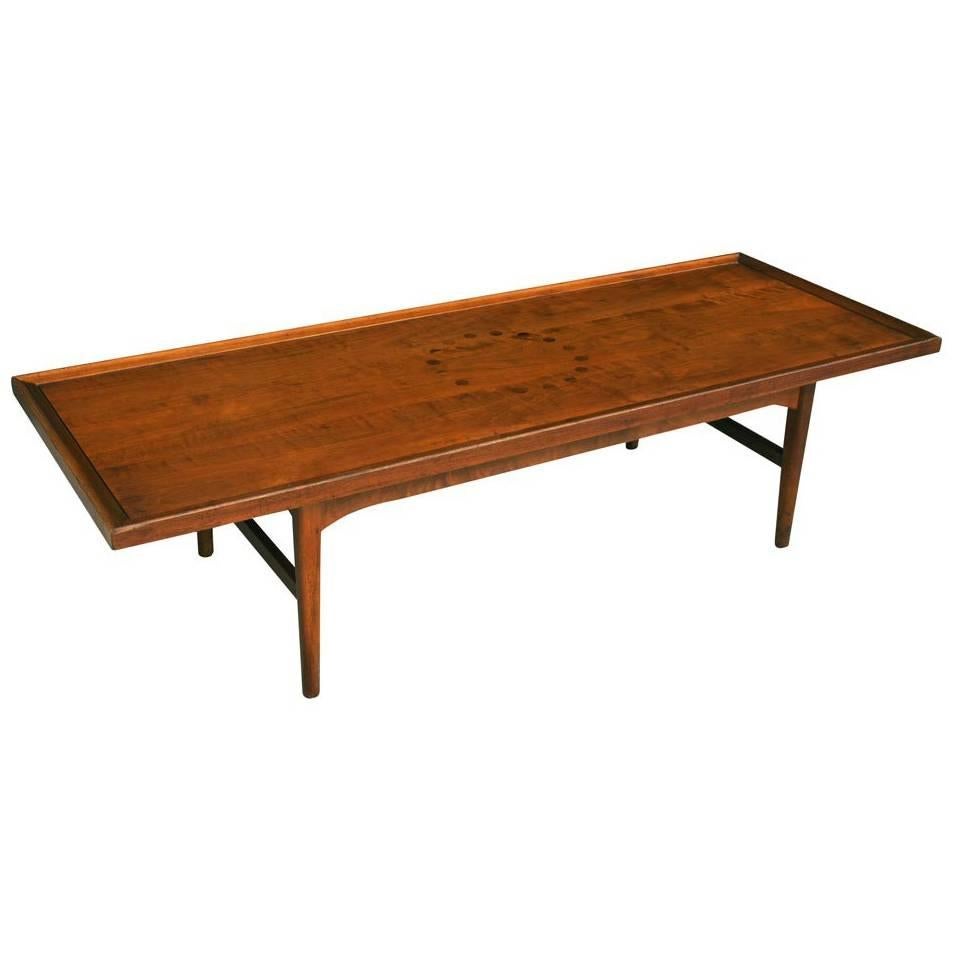 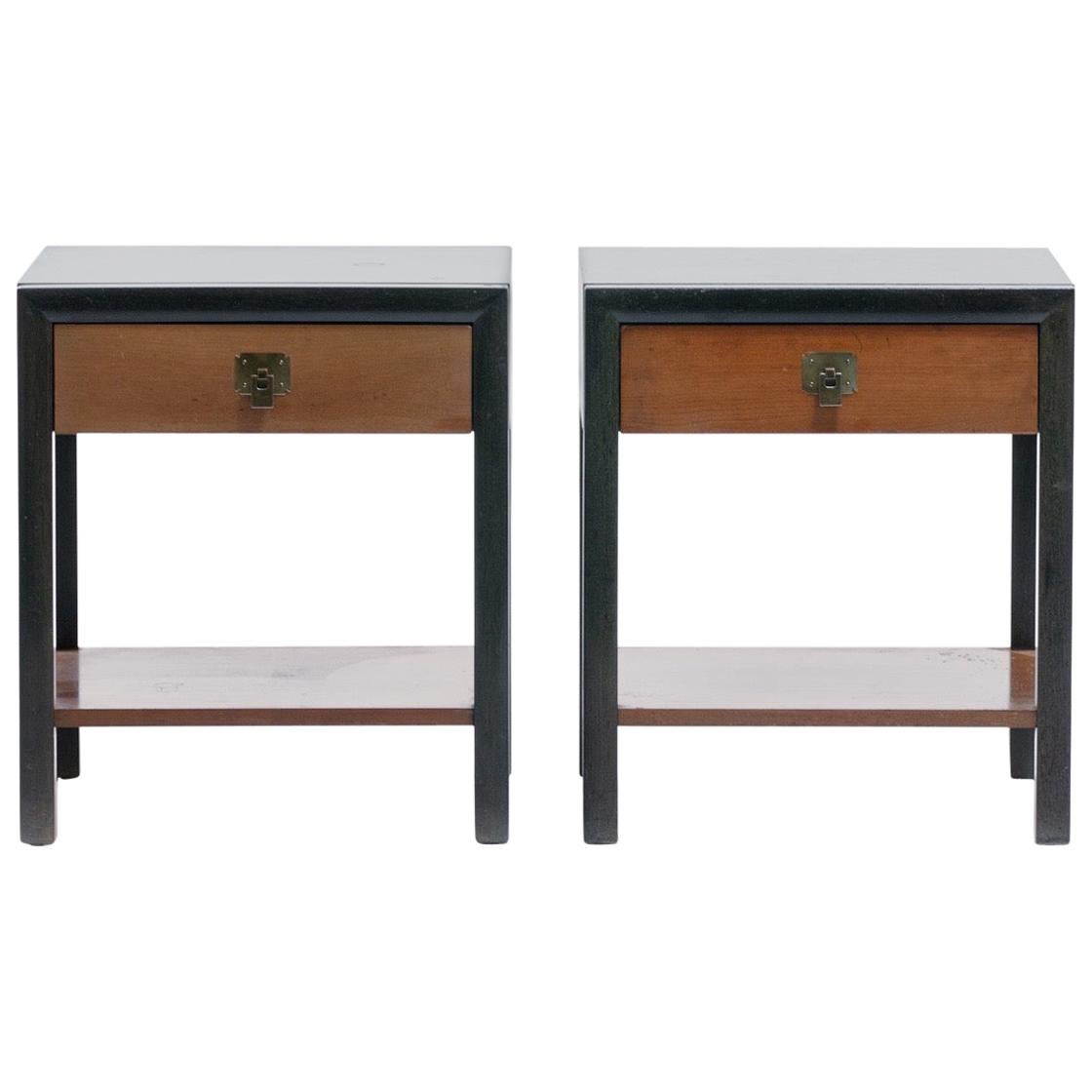 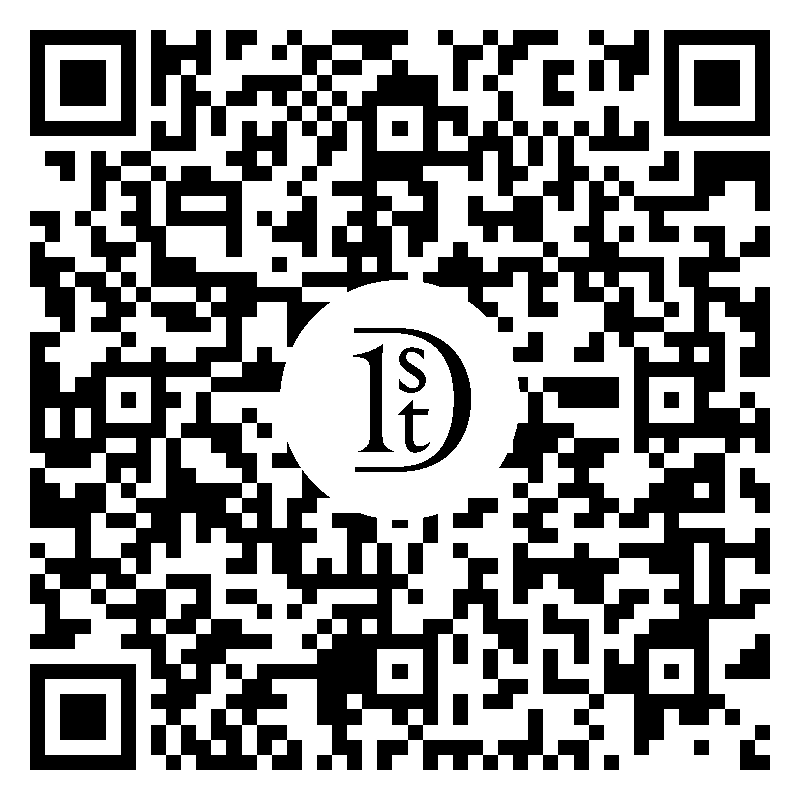 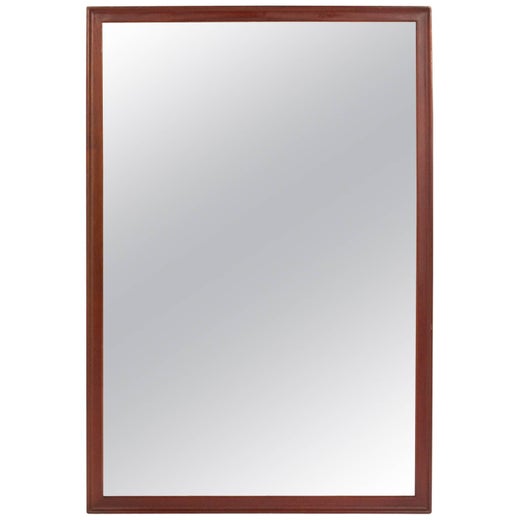 The ultimate multi-hyphenate, Kipp Stewart (b. 1928) counted painting, photography, architecture and furniture design among his talents. Known to furniture obsessives for the Declaration series he codesigned for North Carolina’s Drexel Furniture, Stewart was actually born in Pittsburgh, Pennsylvania, in 1928 and is most commonly associated with mid-century design movements of his adopted home state of California. There, in 1972, Stewart designed the Ventana Big Sur, a luxury resort near Montecito for which he oversaw architecture, planning, furniture and interior design across 160 acres of land.

By the time Stewart spearheaded the Ventana, he was already well versed in furniture design. After briefly serving in the U.S. Navy as a teenager, Stewart enrolled at the Chouinard Art Institute (present-day CalArts) in Los Angeles. By the time he graduated, he was steeped in the world of modern seating design, experimenting with new chair models that bridged form and function. Charles and Ray Eames were important influences on his early work, which included a chrome-framed lounge chair whose reclined shape bears a striking resemblance to the Eameses’ iconic lounge.

In the late 1950s, Stewart partnered with another West Coast furniture designer, Stewart MacDougall, on a line of modern furniture for Drexel. (The pair were also producing case pieces and more for Glenn of California.) Drexel soon unveiled Stewart and McDougall’s Declaration line, which was constructed entirely of natural walnut and featured the choice of white porcelain or brass drawer pulls and cabinet door handles. Although its stylish credenzas and other pieces reflect the kind of slim-lined, low-slung silhouettes for which mid-century design has become known, there are also elements that nod to earlier American and European furniture design, such as the dining chairs whose flattened spindle backs recall Shaker and Windsor chair design, distinguishing them from the modern designs becoming prolific in Scandinavia at the time. The pieces were so indicative of a particularly American style, in fact, that several items from the collection were selected by the U.S. government to represent the country at the Brussels World’s Fair in 1958.

While Stewart found success as a painter and with his Ventana hotel project — and had also designed chairs, chests and more for Directional — the Drexel Declaration line is his best-known furniture collection and remains highly sought after by collectors today.

About the Seller
4.9 / 5
Located in Stamford, CT
Platinum Seller
These expertly vetted sellers are 1stDibs' most experienced sellers and are rated highest by our customers.
Established in 2011
1stDibs seller since 2012
361 sales on 1stDibs
Typical response time: 1 hour
More From This Seller