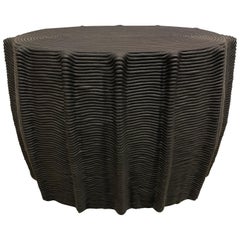 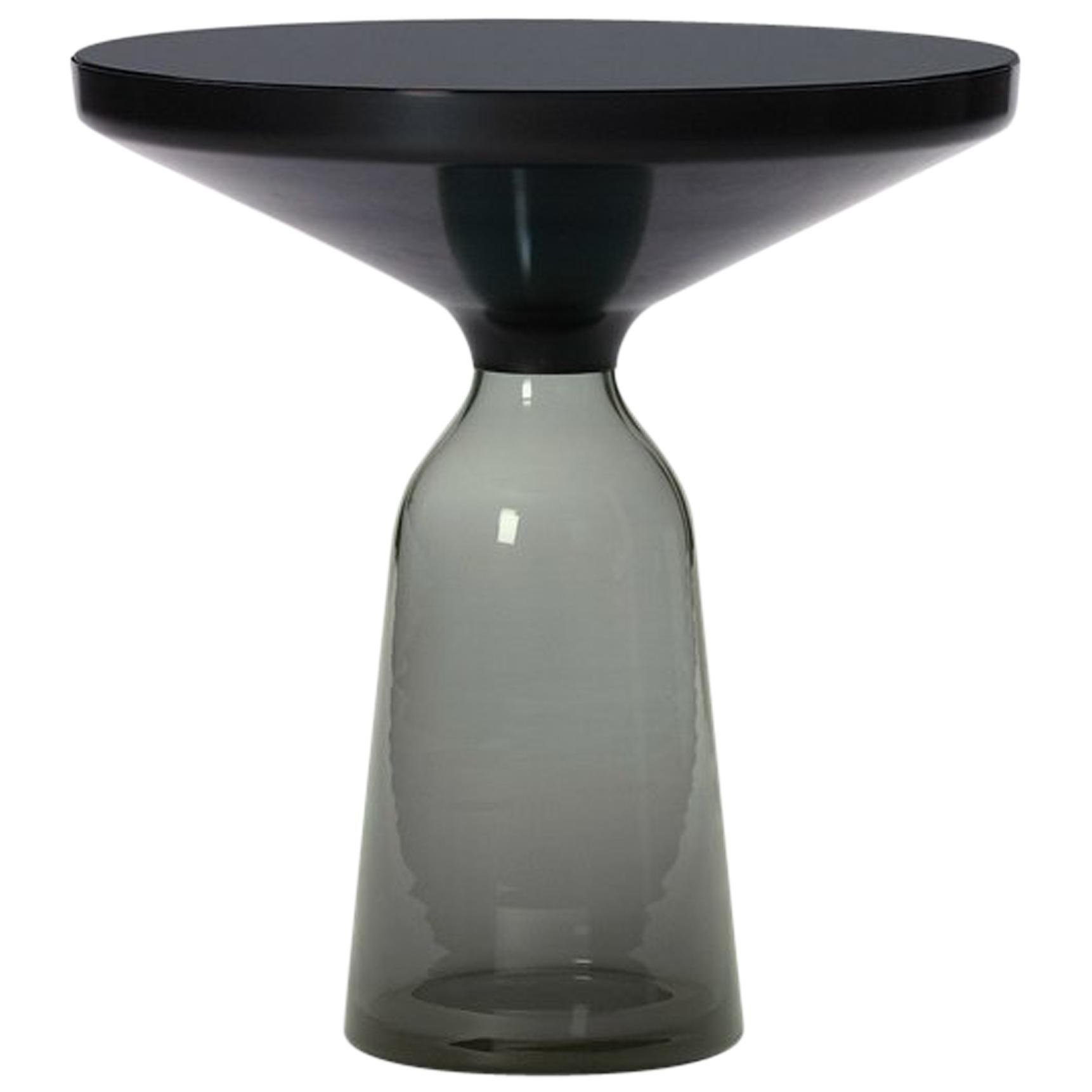 Marble Side Table by Dooq 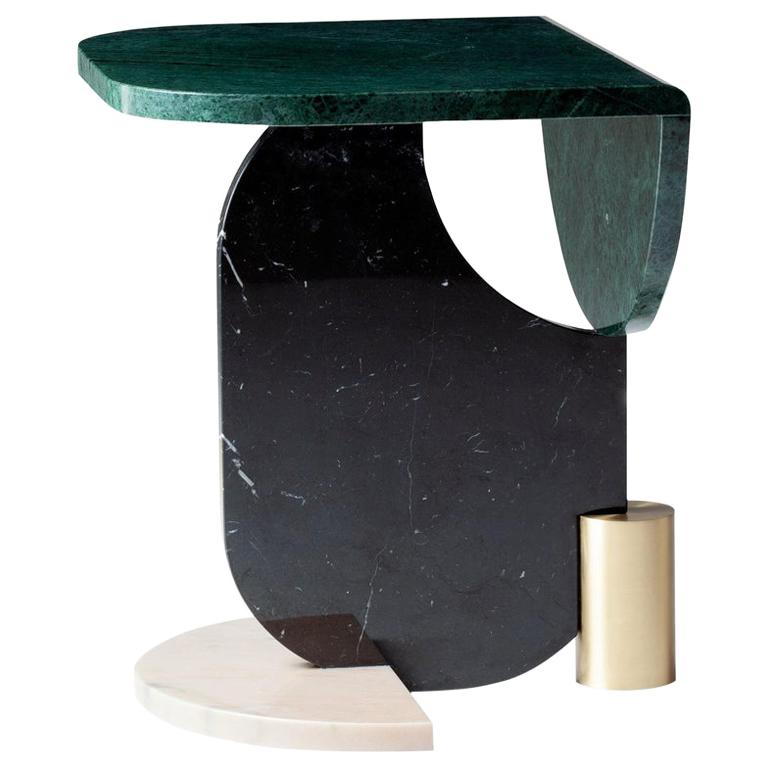 Side Table with Intarsia by Bodafors in Sweden 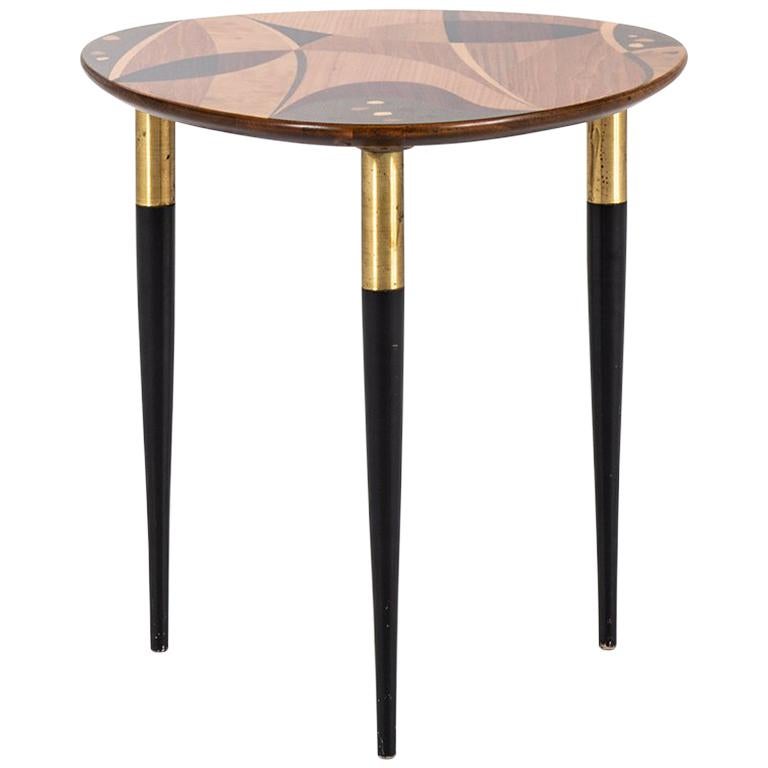 Acantha Side Table in Marconi Stone by DeMuro Das 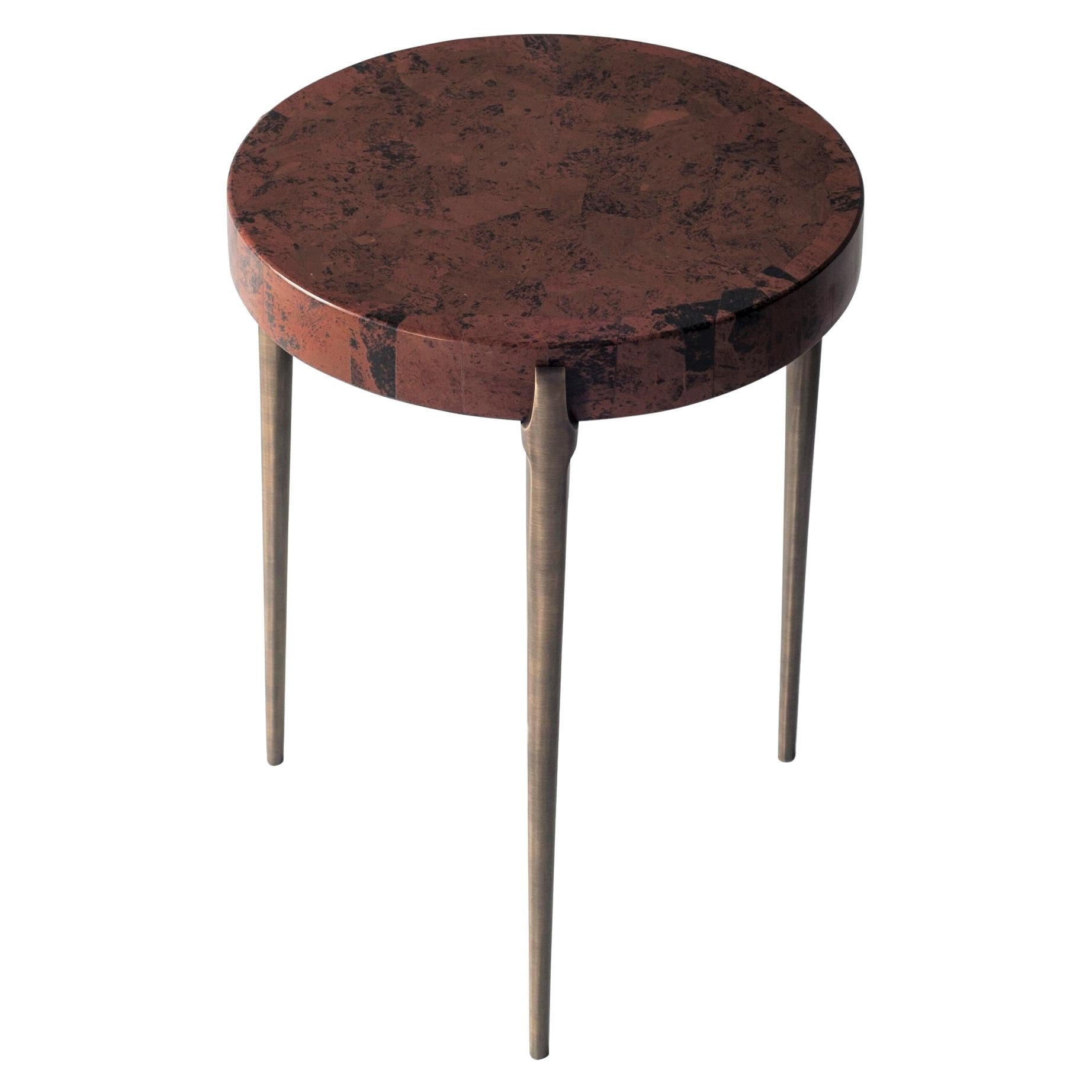 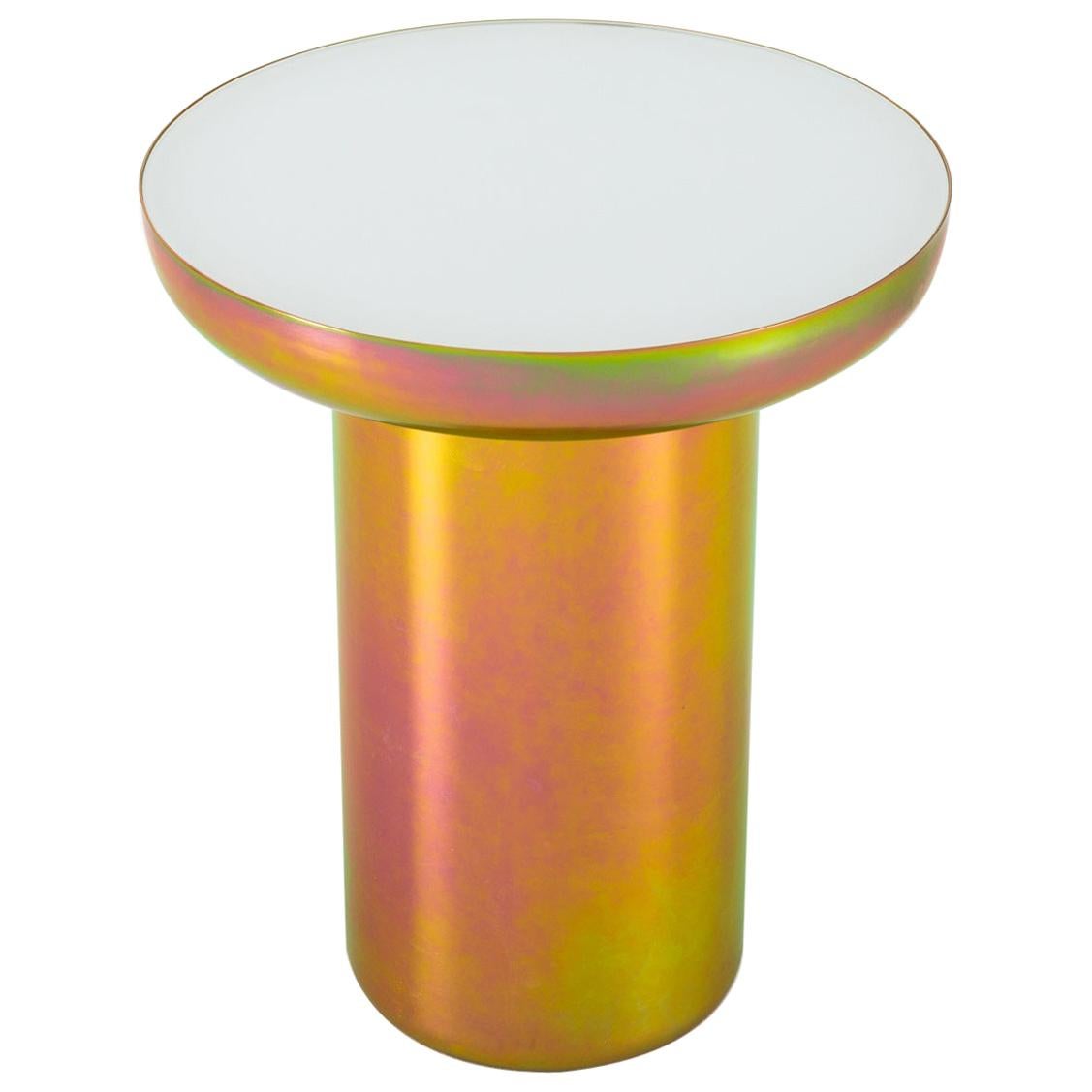 Newton Side Table in Black Lacquered Aluminum by Boca do Lobo

Contemporary 103 Side Table in Oak and Black by Orphan Work 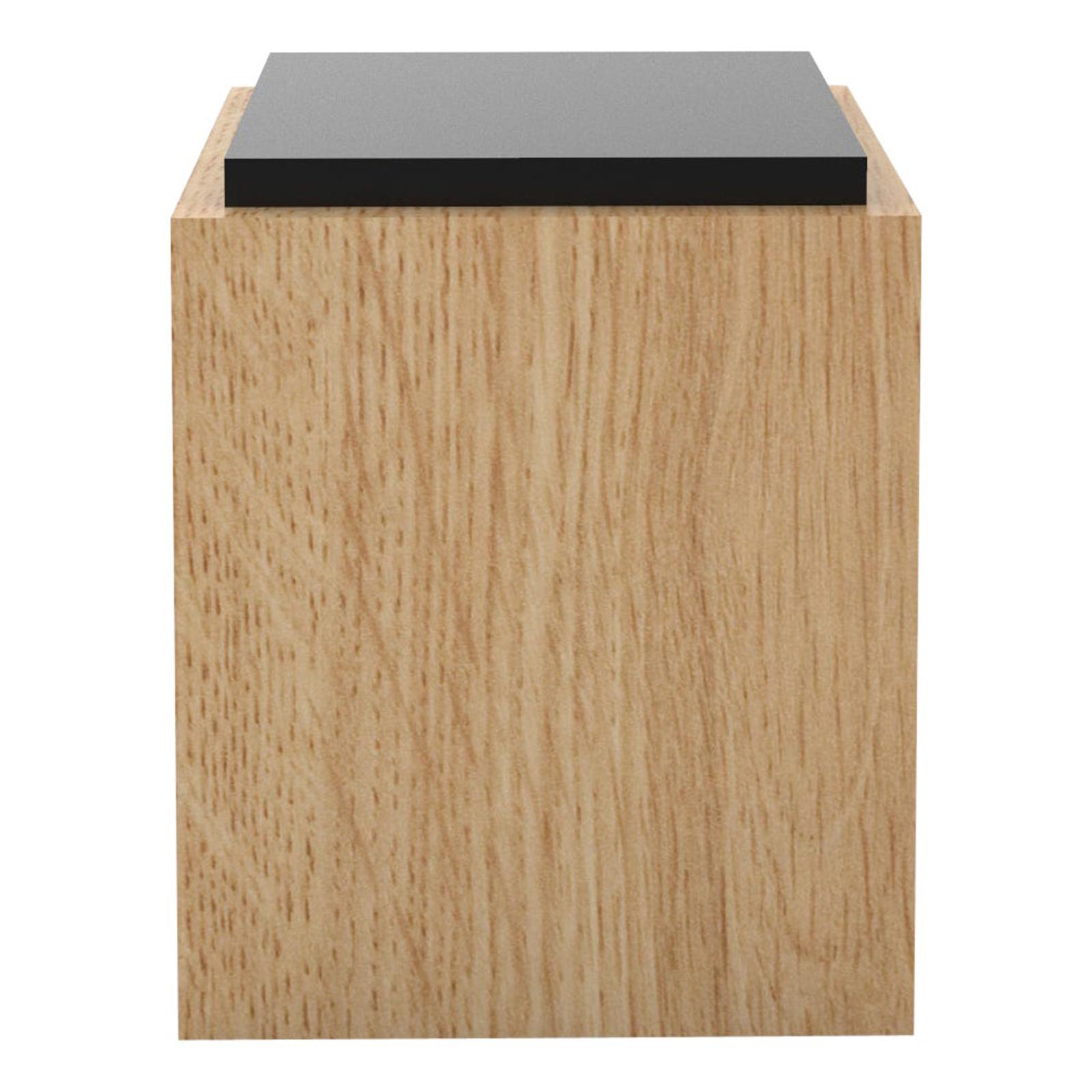 Ceramic Ledge Side Table & Stool in Jade by BZIPPY 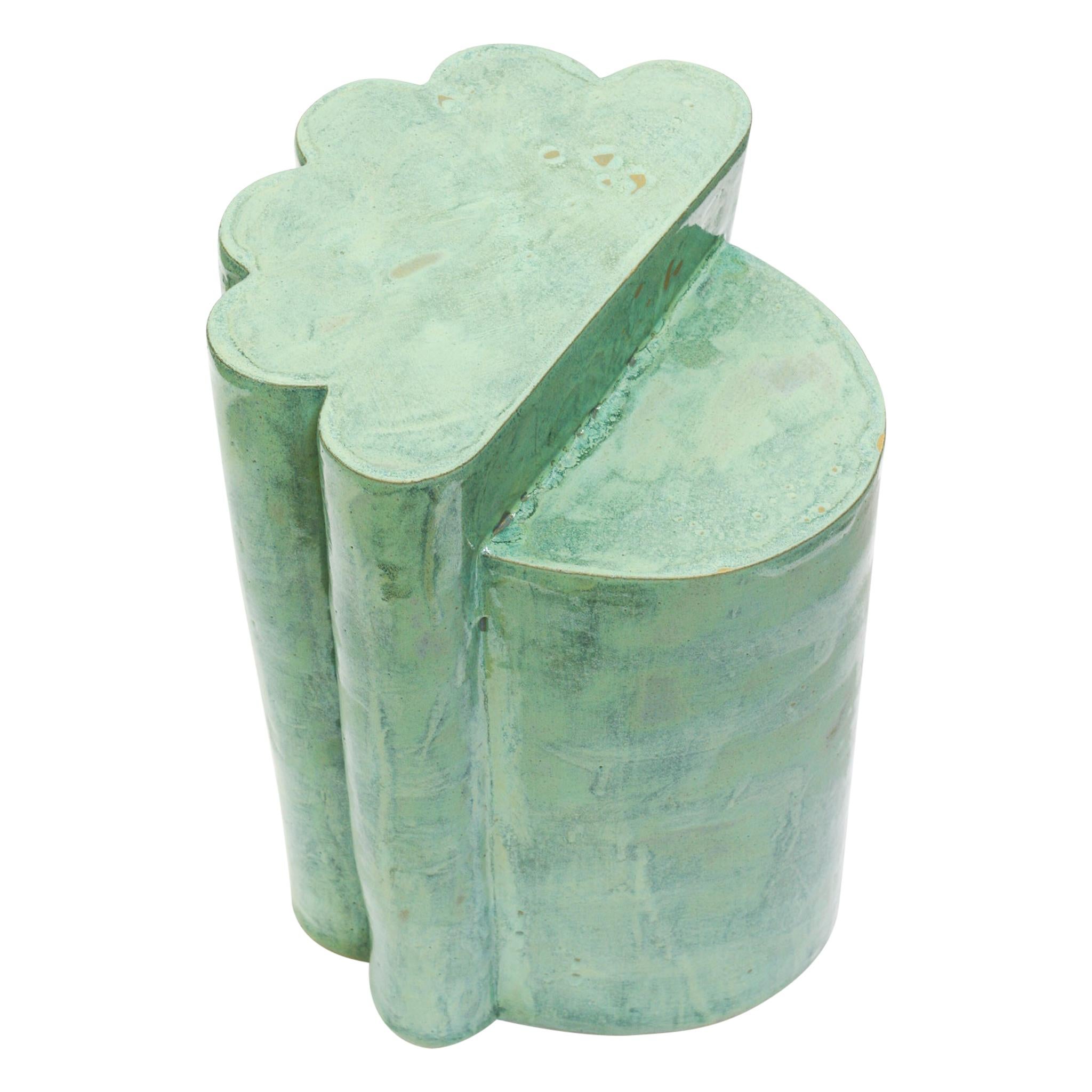 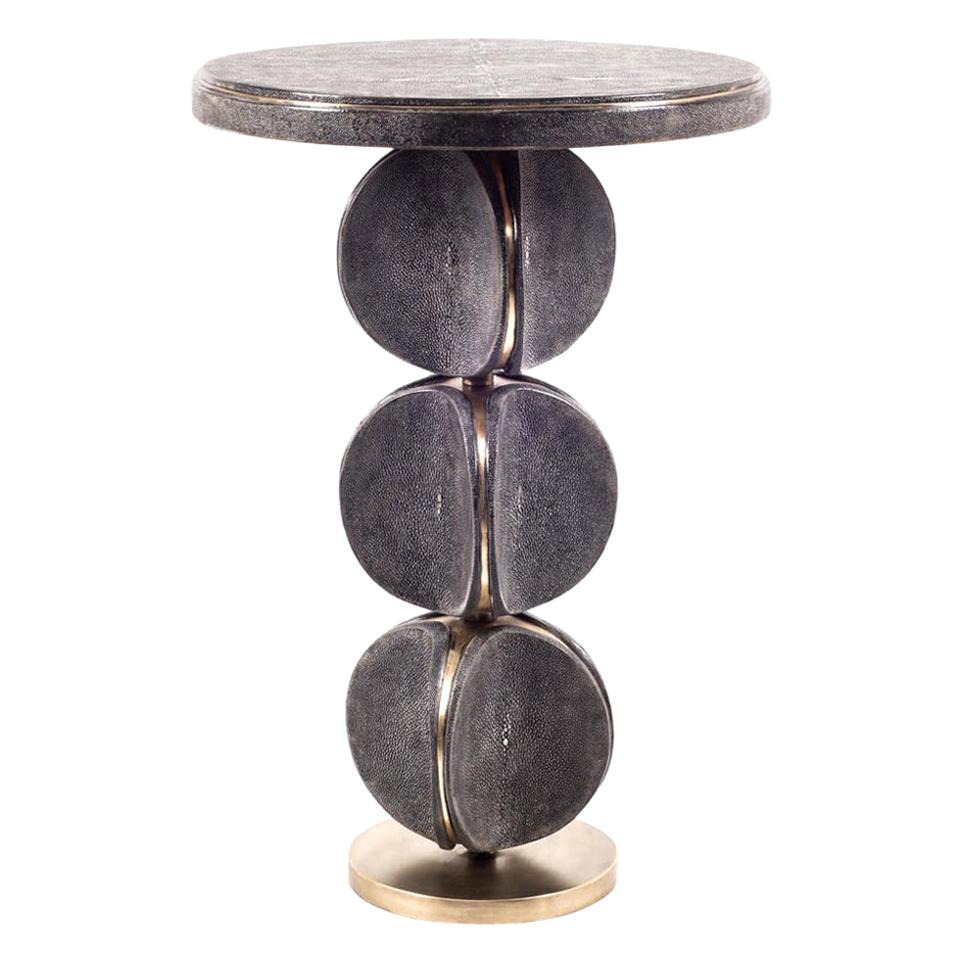 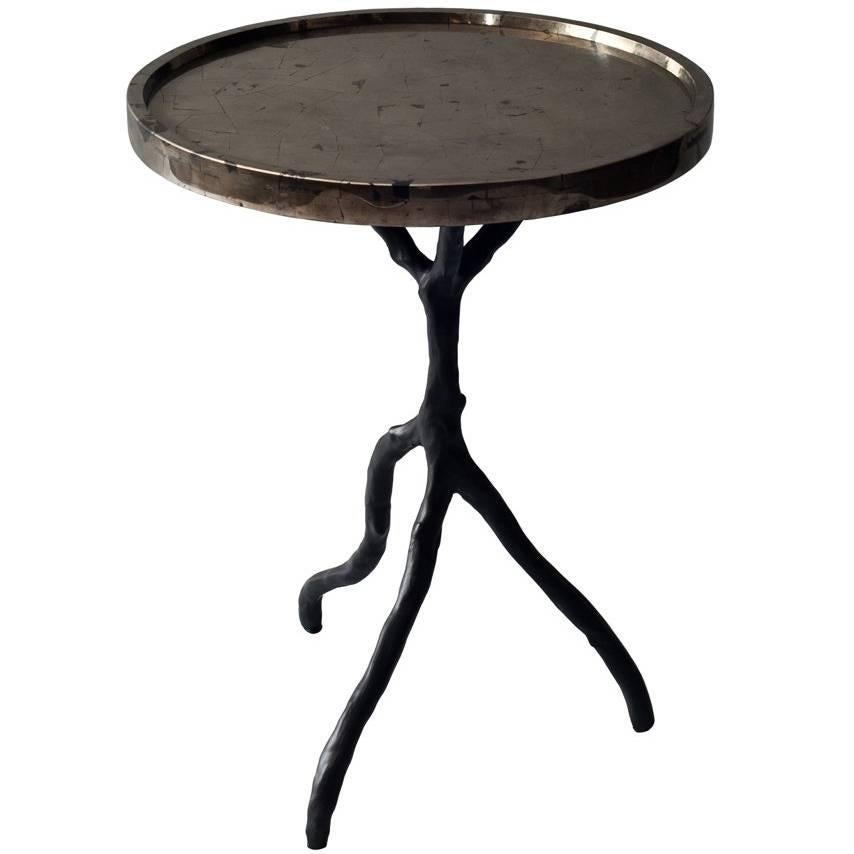 Eden Side Table in Copper 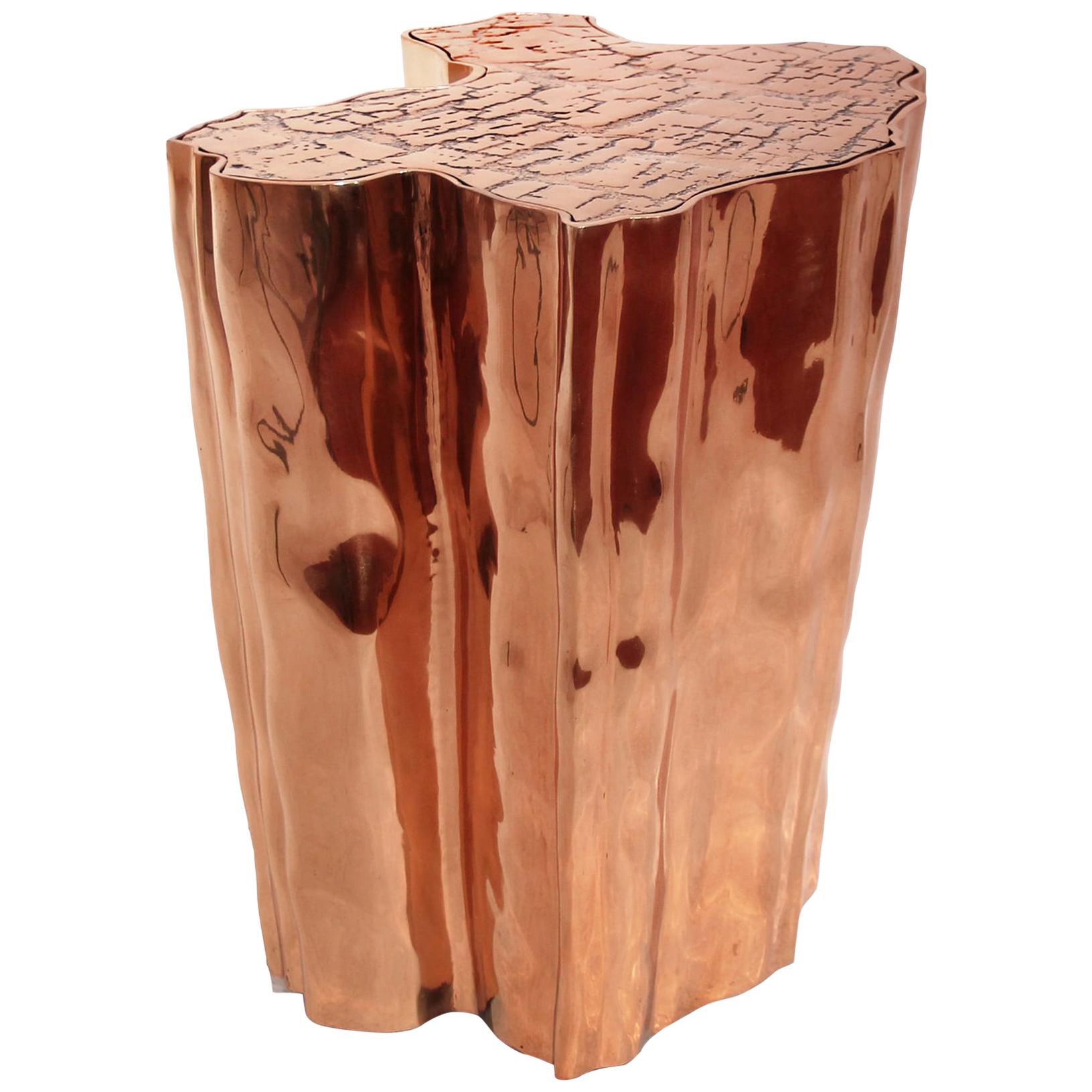 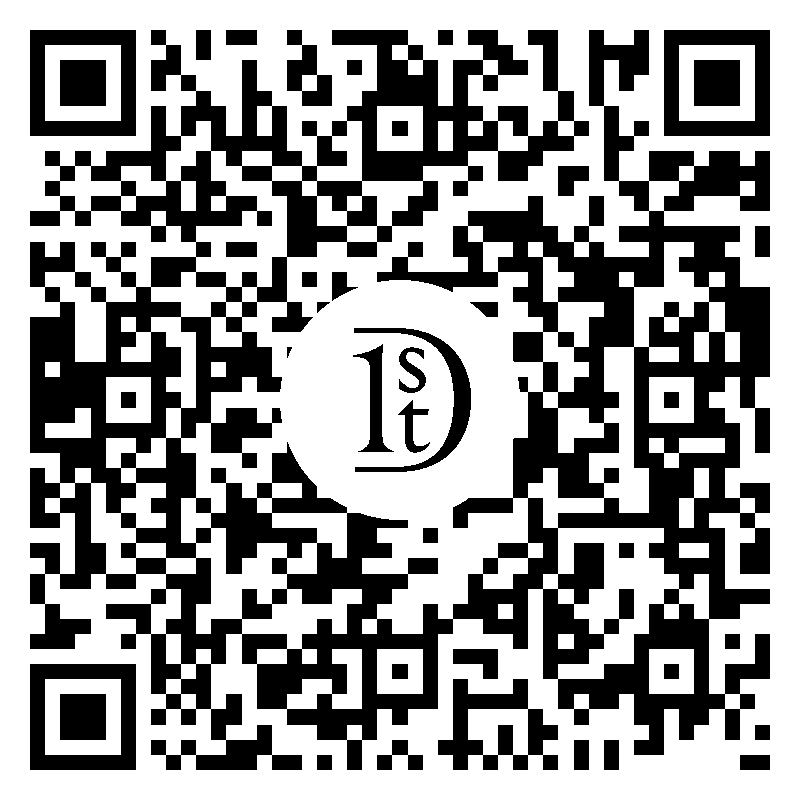 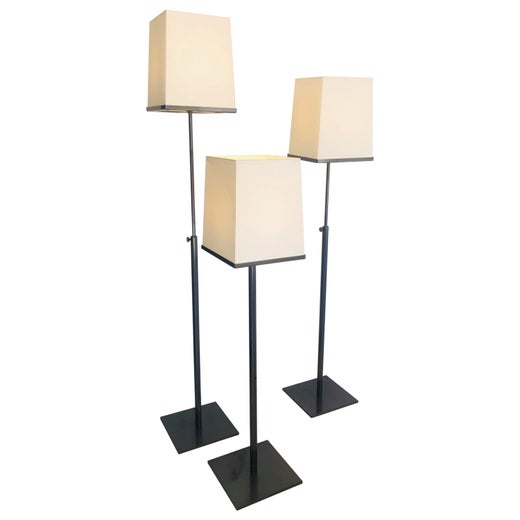 The success of Holly Hunt — both the designer and her eponymous empire of textile and furnishings showrooms — is based on instinct. The Chicago-based Hunt trusts her own tastes, reflected in her signature lines of elegant, low-key furniture and fabrics. She also trusts her judgment about the wants of the buying public, and this savvy sensibility has allowed her to cultivate and market the work of a range of contemporary talents, from minimalists like Christian Liaigre to eccentrics like Christian Astuguevieille. Hunt is a design world impresario — a prominent arbiter for stylish modern interiors and known foremost for fabrics, furniture designs and light fixtures. Modern sophistication, attention to detail, and a desire to cultivate talented contemporary designers are at the crux of the company’s success.

Born in central Texas to schoolteacher parents, Hunt was a creative girl who made her own clothes and bickered with her mother about decor. After graduating from Texas Tech, Hunt worked as department-store buyer and costume jewelry designer before marrying and helping her husband build a multimillion dollar transport company. Her hobby was decorating their homes. After the two divorced, Hunt purchased a showroom in the Chicago Merchandise Mart in 1983. Within 10 years, she was winning applause for her understated designs, her lavish showroom parties and her eye for rising design stars. Liaigre was her first discovery. Correctly surmising that his pared-down furniture in dark wood would play well in the United States in the aftermath of the go-go ’80s, Hunt began marketing the French designer’s work in 1994.

Over the subsequent years Hunt has added a half-dozen showrooms and, following her own style barometer, has taken on other fresh talents, including glassmaker Alison Berger, French designer Christophe Pillet and couturier Ralph Rucci, making a foray into home design.

One constant over that time have been the aesthetics of Hunt’s own designs. Her fabrics — the first choice of many dealers when re-upholstering vintage seating — are understated, mixing muted colors and updates of classic patterns. Her furniture is simple and refined. As you will see on 1stDibs, the name Holly Hunt represents a sense of timelessness and sophistication. 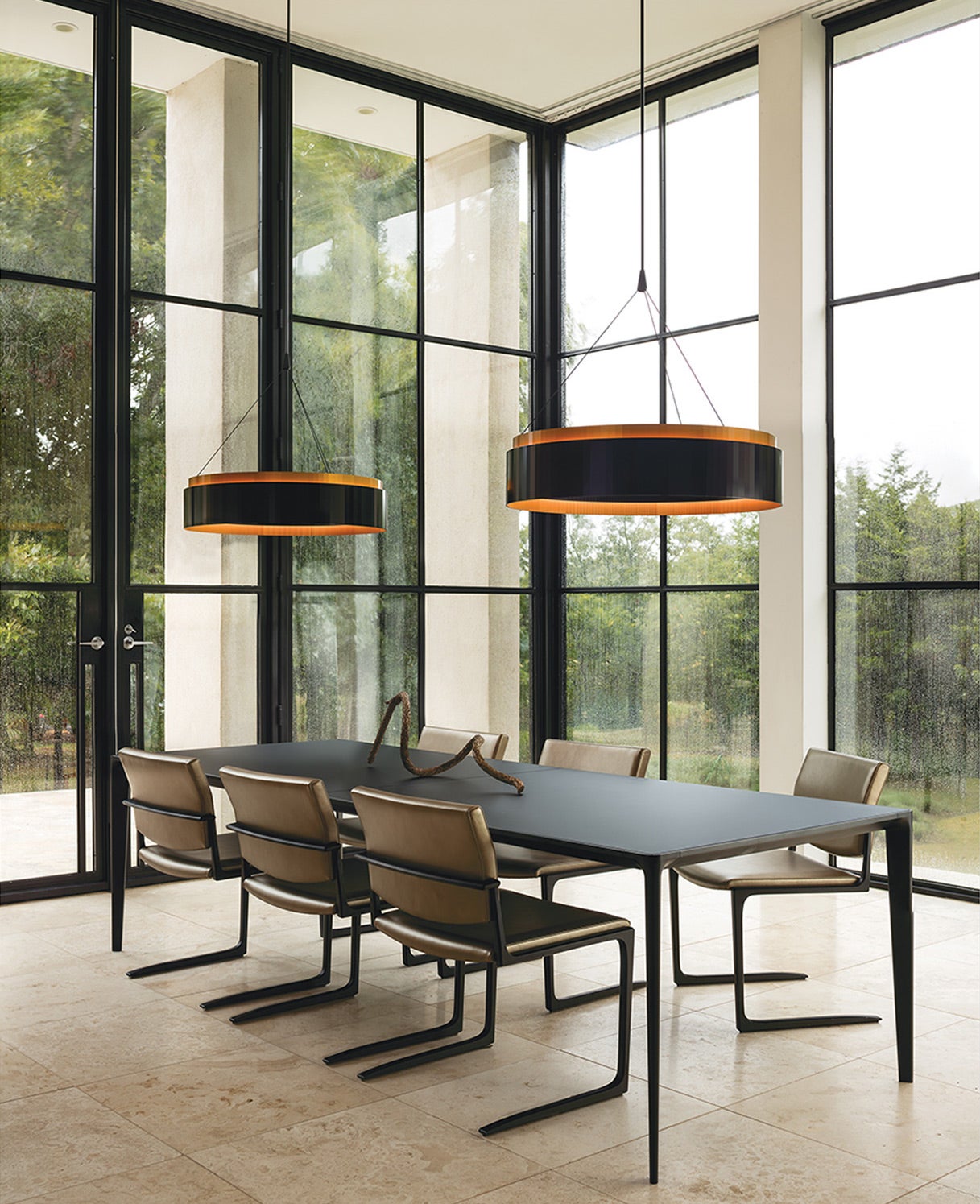 About the Seller
5 / 5
Located in Chicago, IL
Vetted Seller
These experienced sellers undergo a comprehensive evaluation by our team of in-house experts.
Established in 1984
1stDibs seller since 2018
40 sales on 1stDibs
Typical response time: 1 to 2 days

$2,140
HOLLY HUNT Fin Side Table One (V1) in White Dandy Marble by Eric Slayton
By HOLLY HUNT
Located in Chicago, IL
Holly Hunt Fin side table (V1) with 9 legs by Eric Slayton Known for his concrete benches at Holly Hunt, Eric Slayton has a rustic and Minimalist aesthetic, highlighting the impe...
Category

21st Century and Contemporary Side Tables

$2,150
Pair of MIA Side Tables by Holly Hunt
Located in West Hollywood, CA
Holly Hunt side tables finished in walnut ebonized/standard sheen with removable tray is finished in silver. Small dings on legs and edge of finished top.
Category

Pair of MIA Side Tables by Holly Hunt

$23,506
Holly Art Glass Gray Side Table
By MissoniHome
Located in Milan, IT
Part of an extraordinary series of minimalist and refined side tables, this design offers an iconic complement to a contemporary setting. The shaded tones of the tempered glass top m...
Category

$4,260 / item
Holly Art Red Glass Side Table
By MissoniHome
Located in Milan, IT
An exquisite combination of refined aesthetic and masterful craftsmanship, this side table boasts a streamlined design of unprecedented charm. The essential chrome-finished curved st...
Category