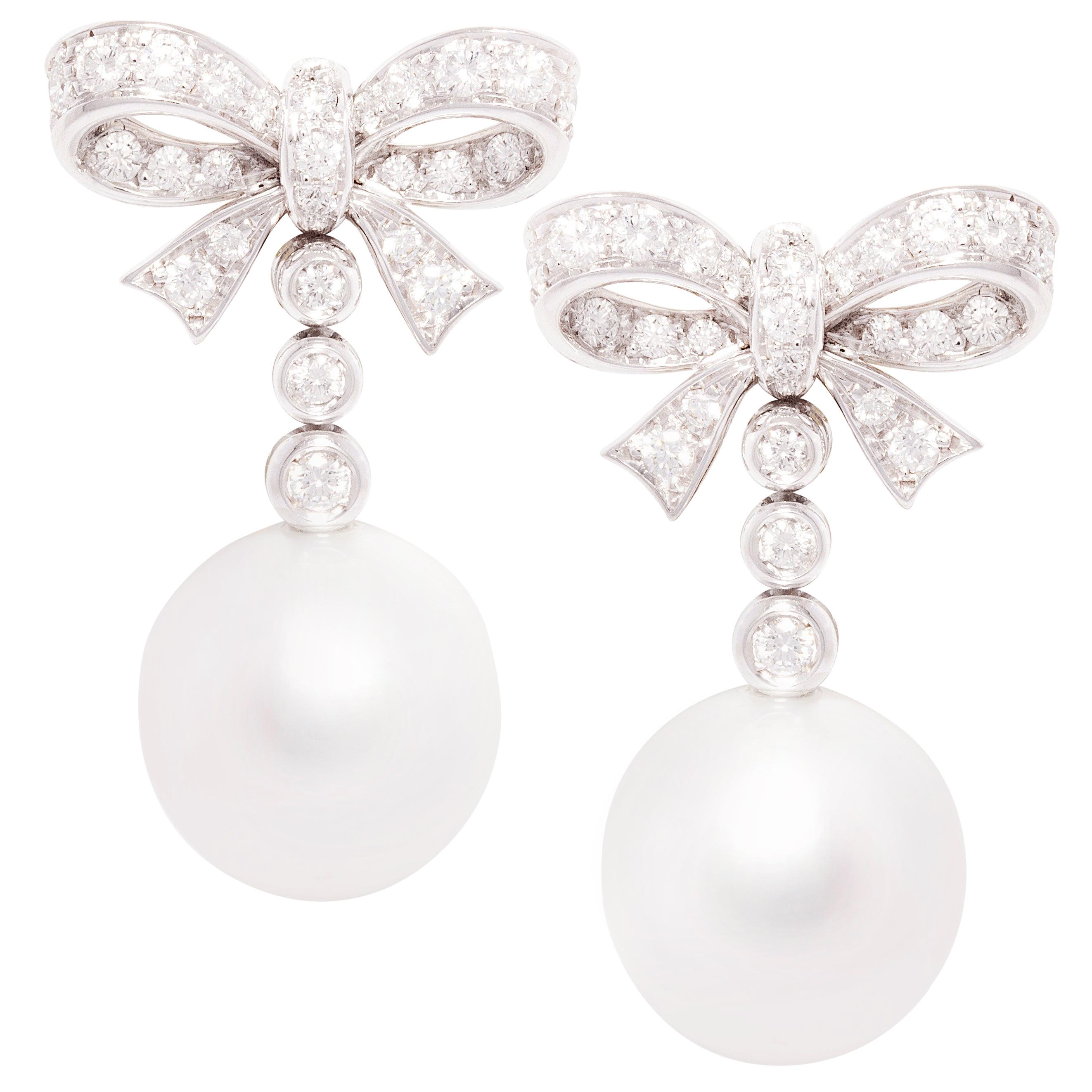 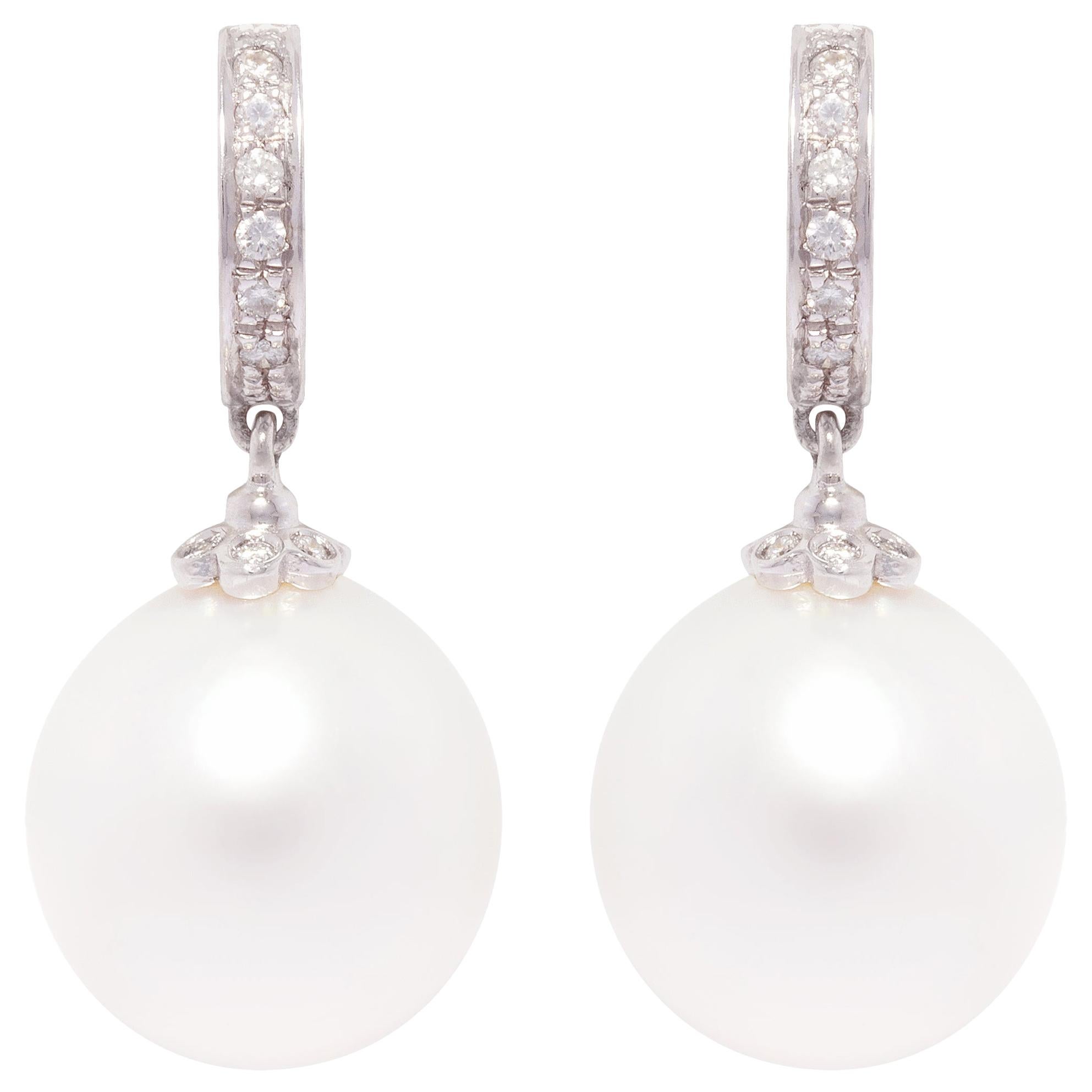 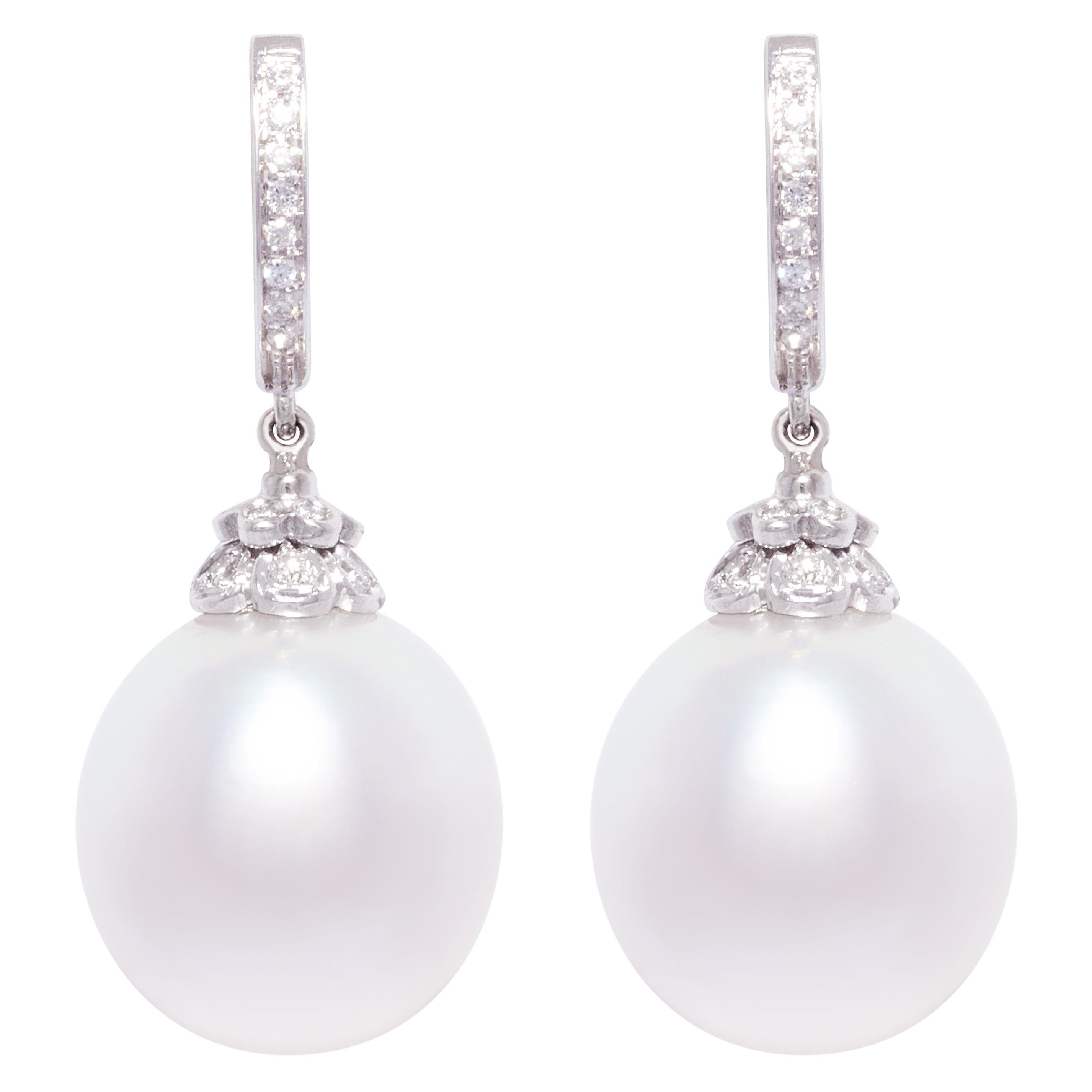 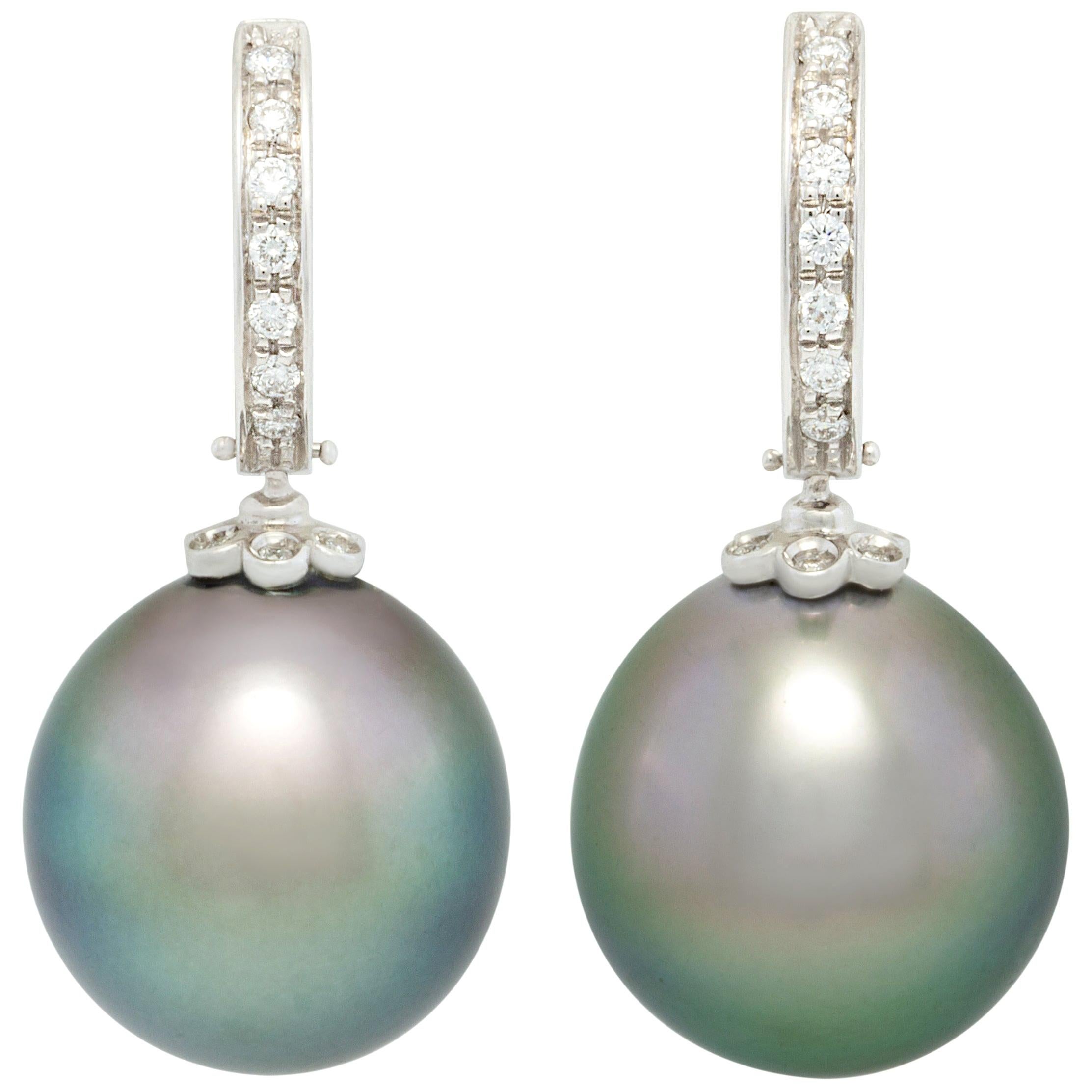 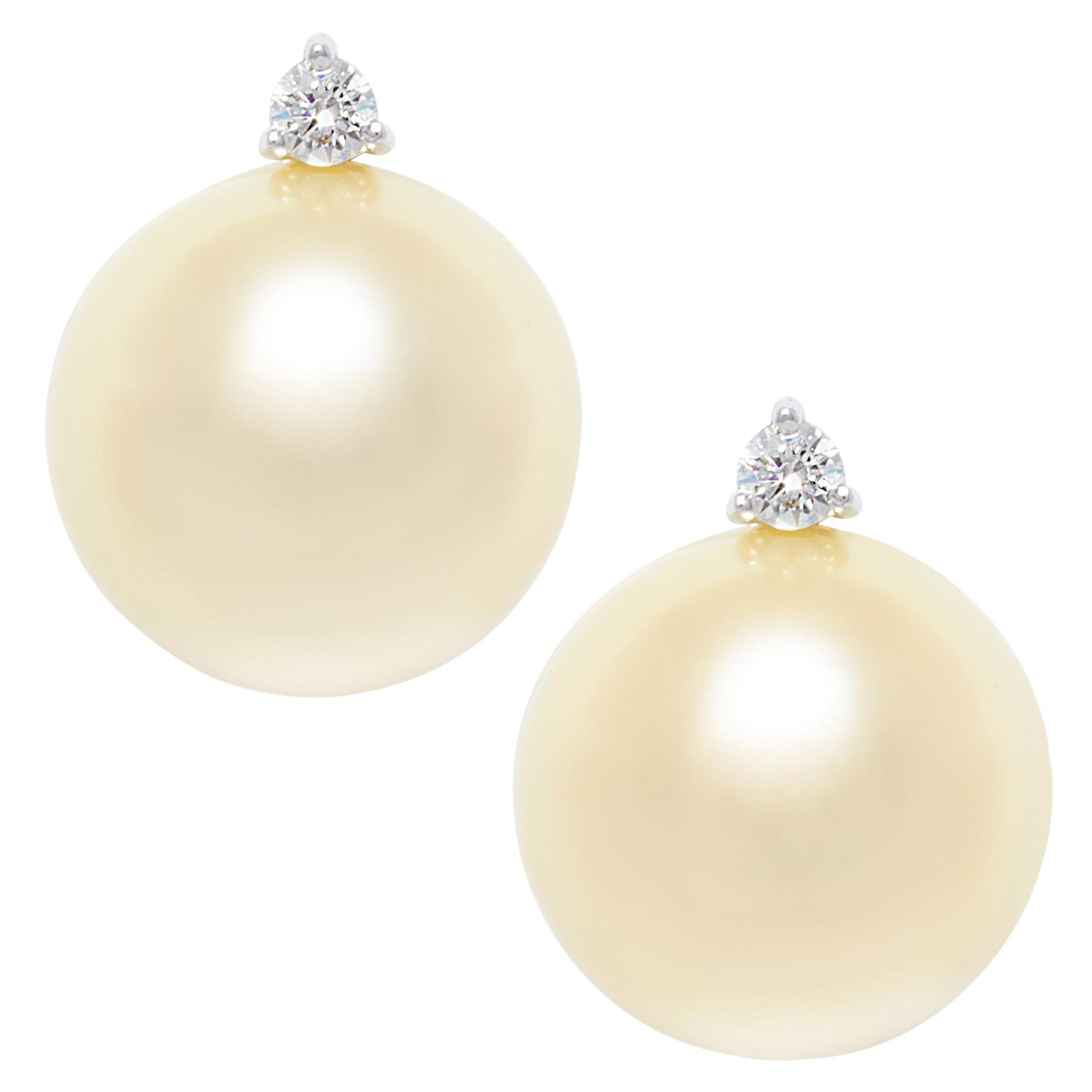 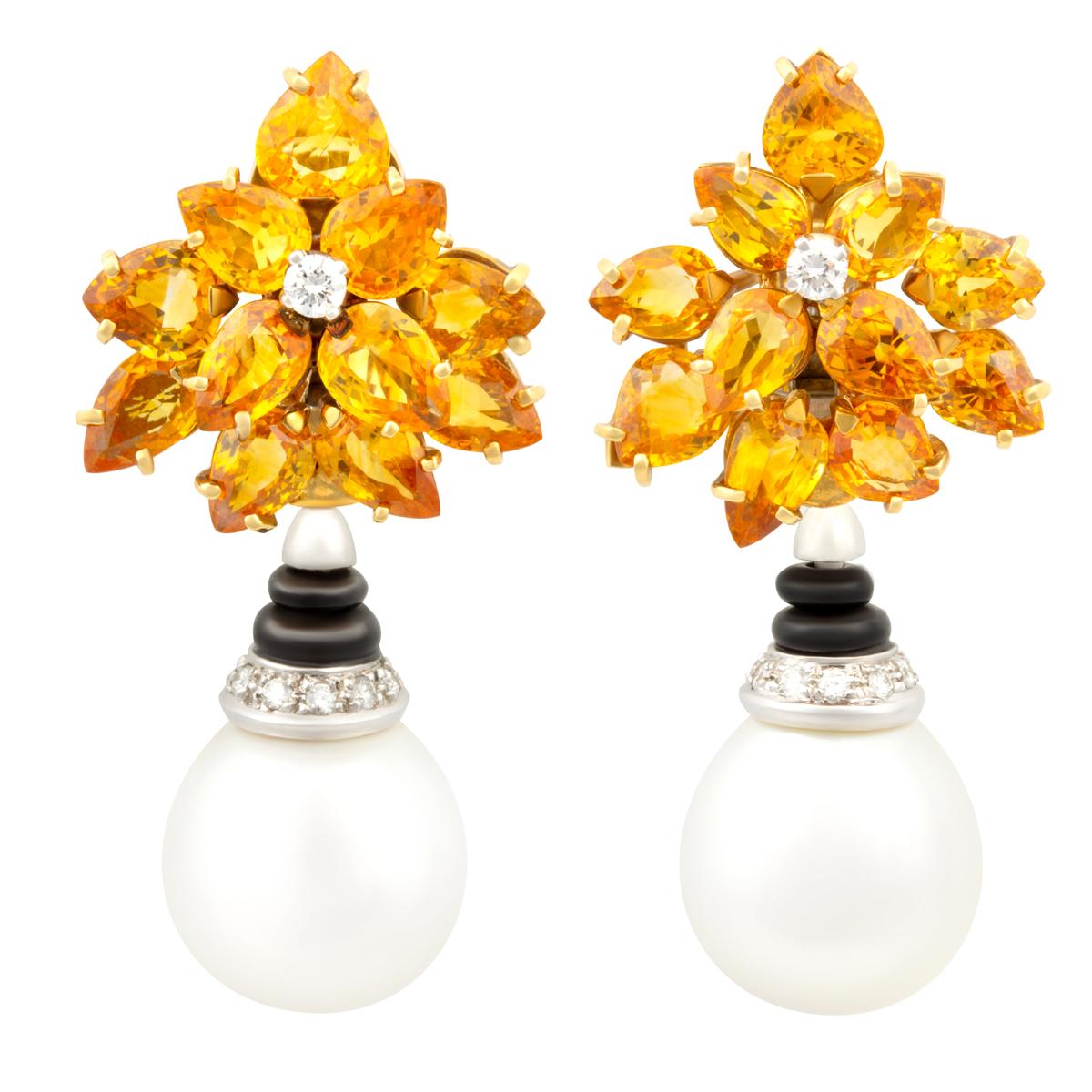 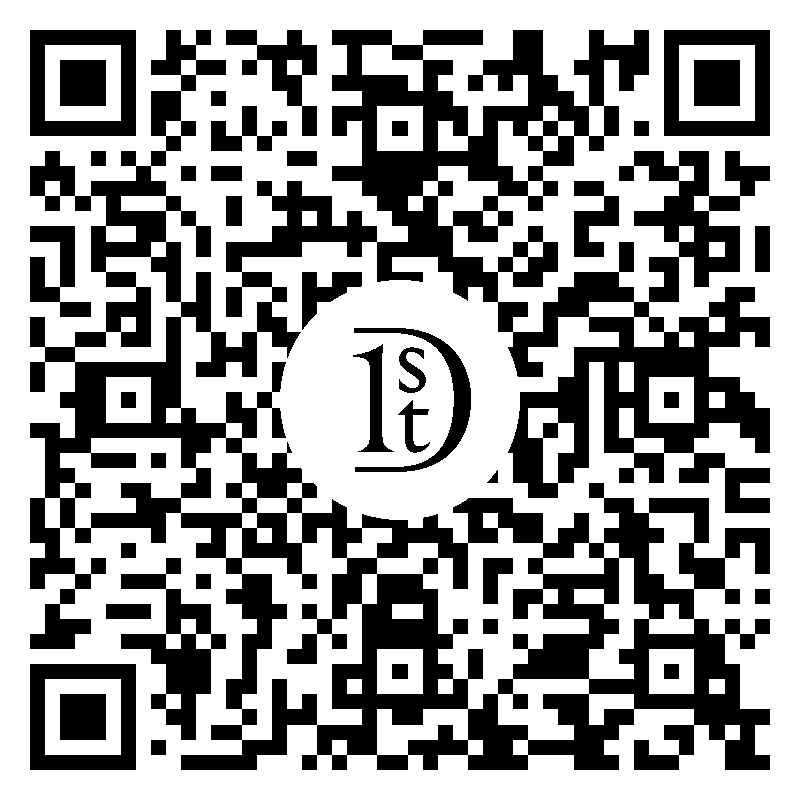 The South Sea pearl and diamond earrings feature a top hoop design with diamonds suspending two untreated pearls of 14 x 15mm. The pearls originate from the waters of Northwestern Australia. They display a beautiful nacre and their natural color and high luster have not been enhanced in any way. The hoop features 1.20 carats of round diamonds of top quality. The earrings are one-of-a-kind and entirely handmade in Italy by gran maestro Pasquale according to an original design by Ella Gafter. They are signed EG. 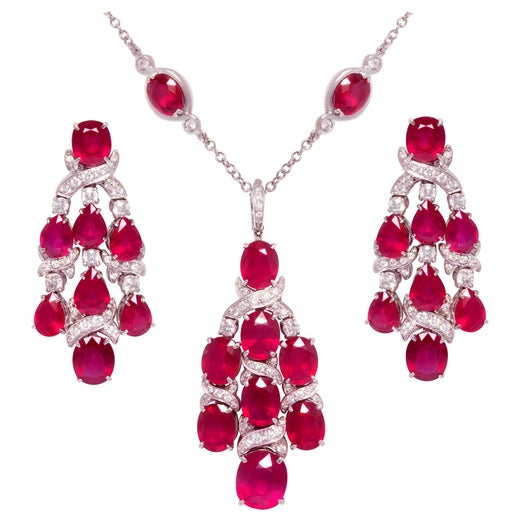 Even before Ella Gafter founded her namesake jewelry collection in 1982, she was a formidable presence in the jewelry industry.As a Rome-based gem dealer, Gafter sold pearls and precious stones to retailers and jewelers but was often dissatisfied with how they made use of the rare materials she worked so hard to source. Instead of grousing, she decided to design jewels that would do them justice, focusing primarily on pearls — akoya, Tahitian and South Sea. She explains her fascination with the lustrous marine treasures simply: “Every woman looks better with pearls than without.”Her daughter Talila Gafter, then an undergrad at Harvard, was her ally in getting the project off the ground. Together, they made the rounds to stores with Ella’s first efforts. “We had a little pouch with eight pieces and we sold everything,” Talila tells 1stDibs. After graduation, she “was involved one hundred percent” in building the company, whose pieces are handmade by master jewelers in Naples.The designer insists that her unwavering focus is the source of her success. “There’s no compromising for me,” she says. She’s been known to replace the pearls in a single piece time after time until she’s certain she’s achieved her ideal result. “A pearl you have to respect,” she explains. “You have to put it where it wants to sit.”Ella describes the collaboration with her daughter as a “partnership,” with each having her own domain. “I’m all fantasy; Talila is the concrete one,” she says. The company is now based in New York City, with Talila as its president while Ella is firmly at the helm of creative decisions. “I’ve never made a design suggestion to Ella,” says Talila. “Nobody does.”That forbearance has been earned, says Talila. “I admire that Ella doesn’t take no for an answer, her tenacity, her extraordinary ambition. She believes as long as there is life, there is a lot of beauty to create. She’s a force of nature.”Find Ella Gafter earrings, rings, necklaces and other jewelry on 1stDibs. 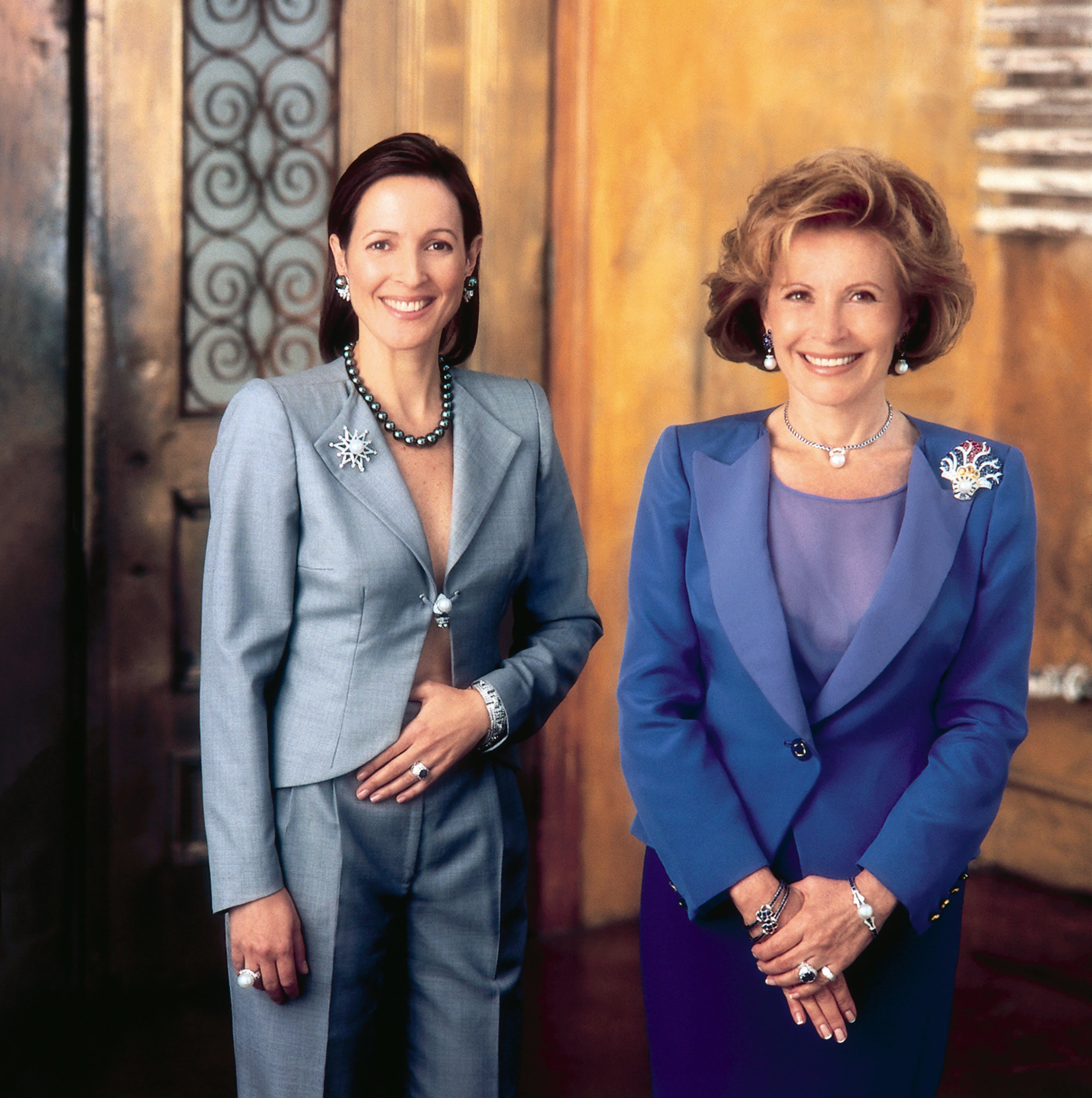 About the Seller
5 / 5
Located in New York, NY
Recognized Seller
These prestigious sellers are industry leaders and represent the highest echelon for item quality and design.
Gold Seller
These expertly vetted sellers are highly rated and consistently exceed customer expectations.
Established in 1982
1stDibs seller since 2017
55 sales on 1stDibs
Typical response time: 1 hour
More From This Seller

$2,744 Sale Price
20% Off
Free Shipping
Alluring Diamond South Sea Pearl Earrings
Located in New York, NY
This alluring 18K White Gold set with Diamond & South Sea Pearl can make you the star of the evening. Yes, we do have matching necklace to go with this. Diamond weight: 2.66cts, Qu...
Category