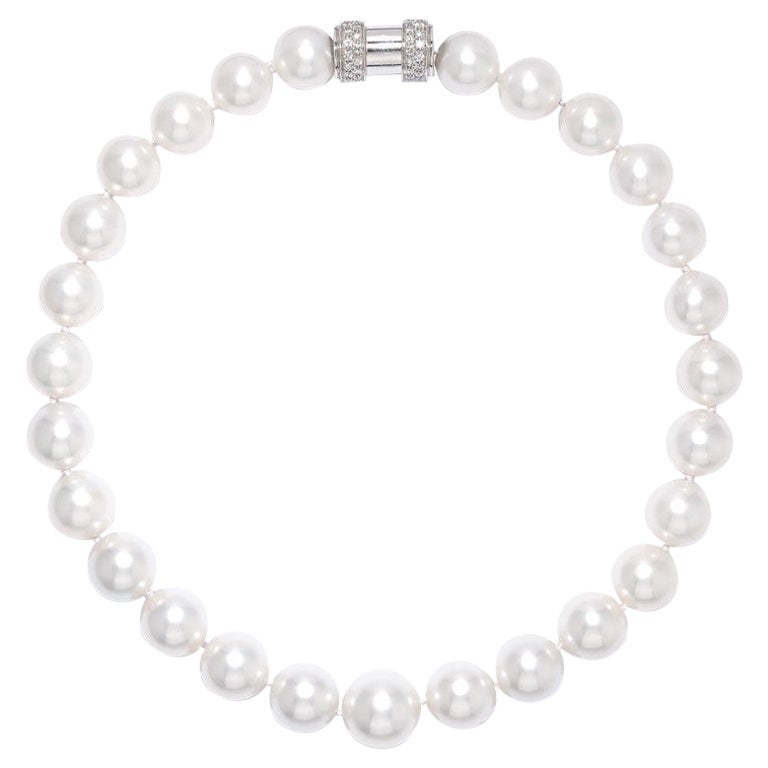 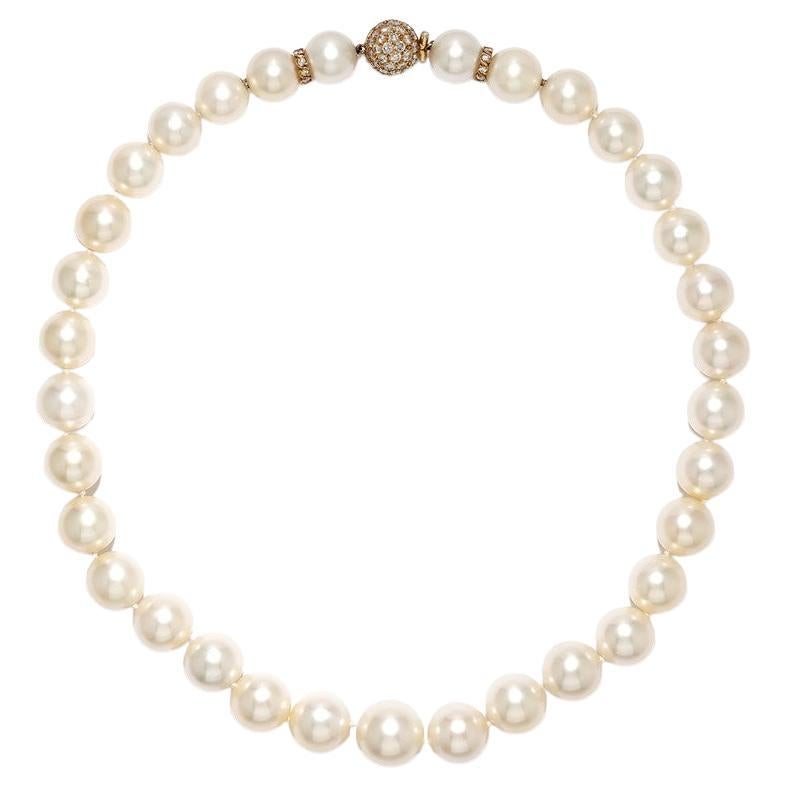 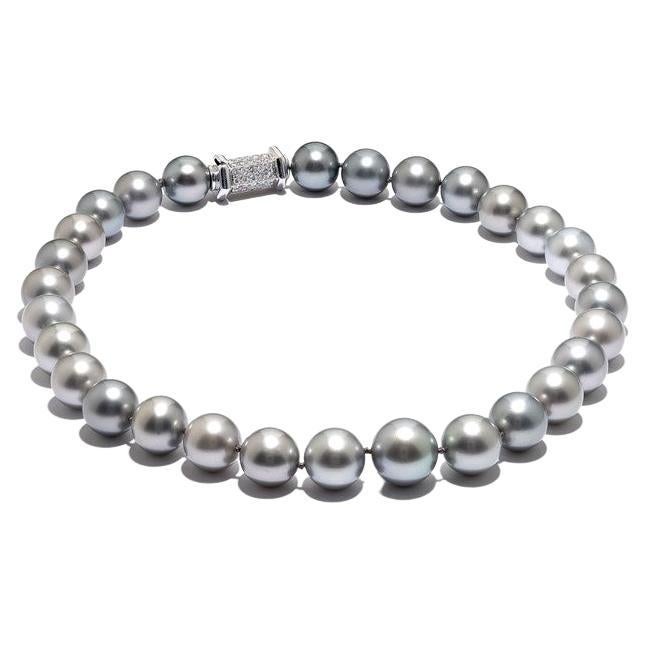 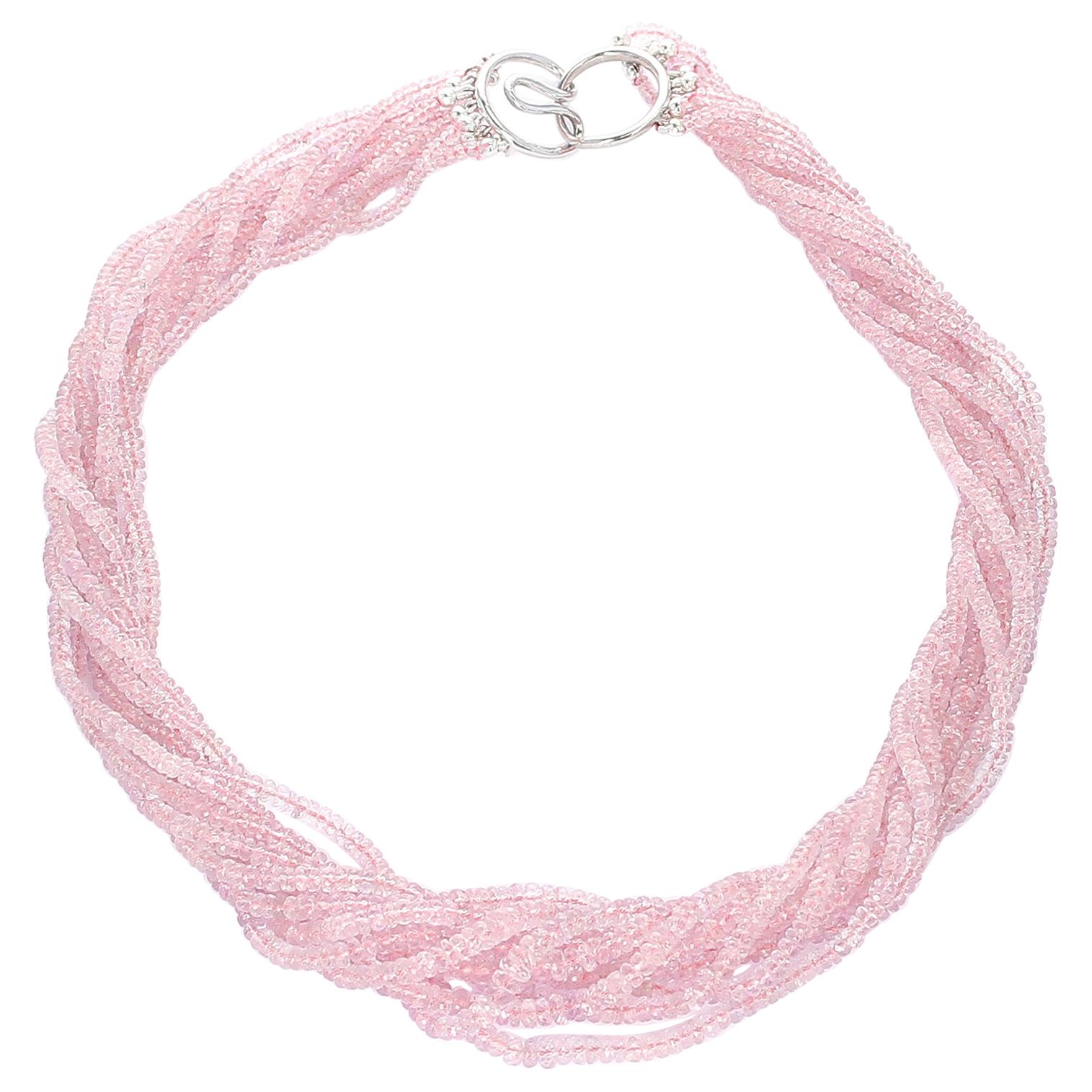 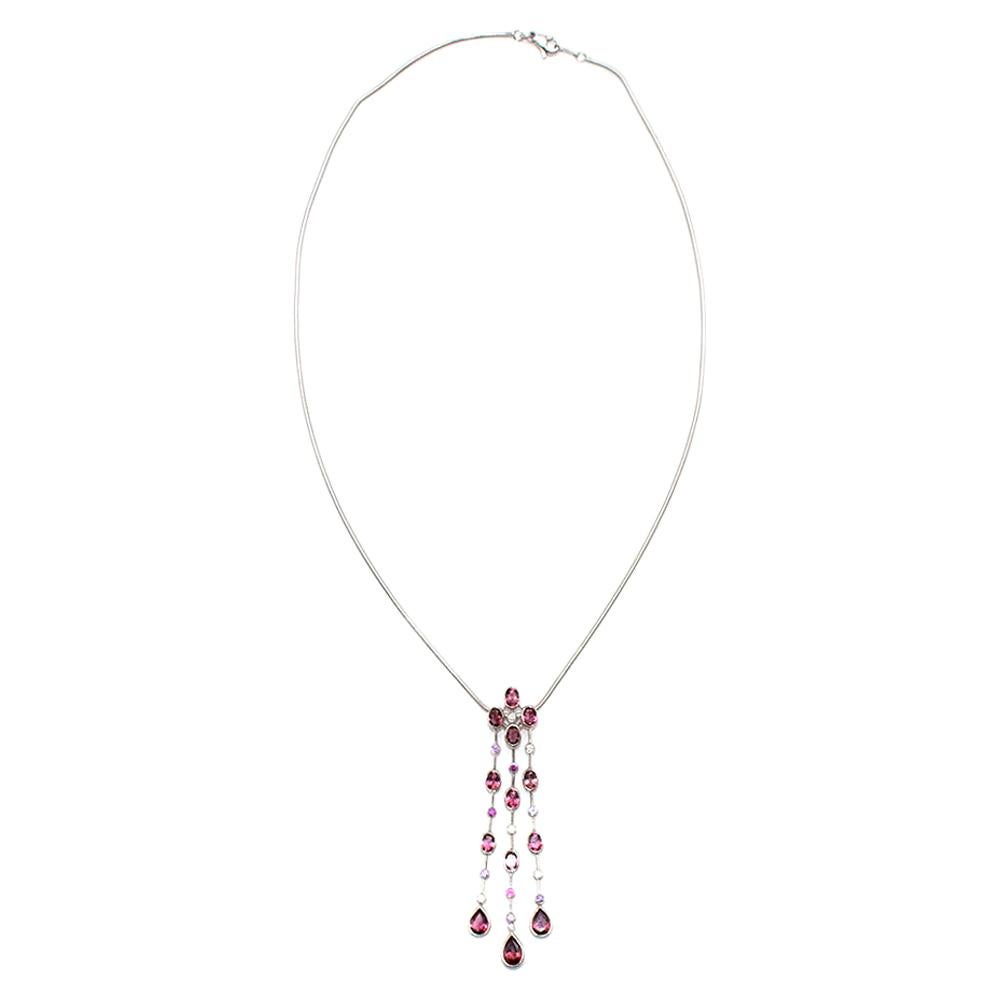 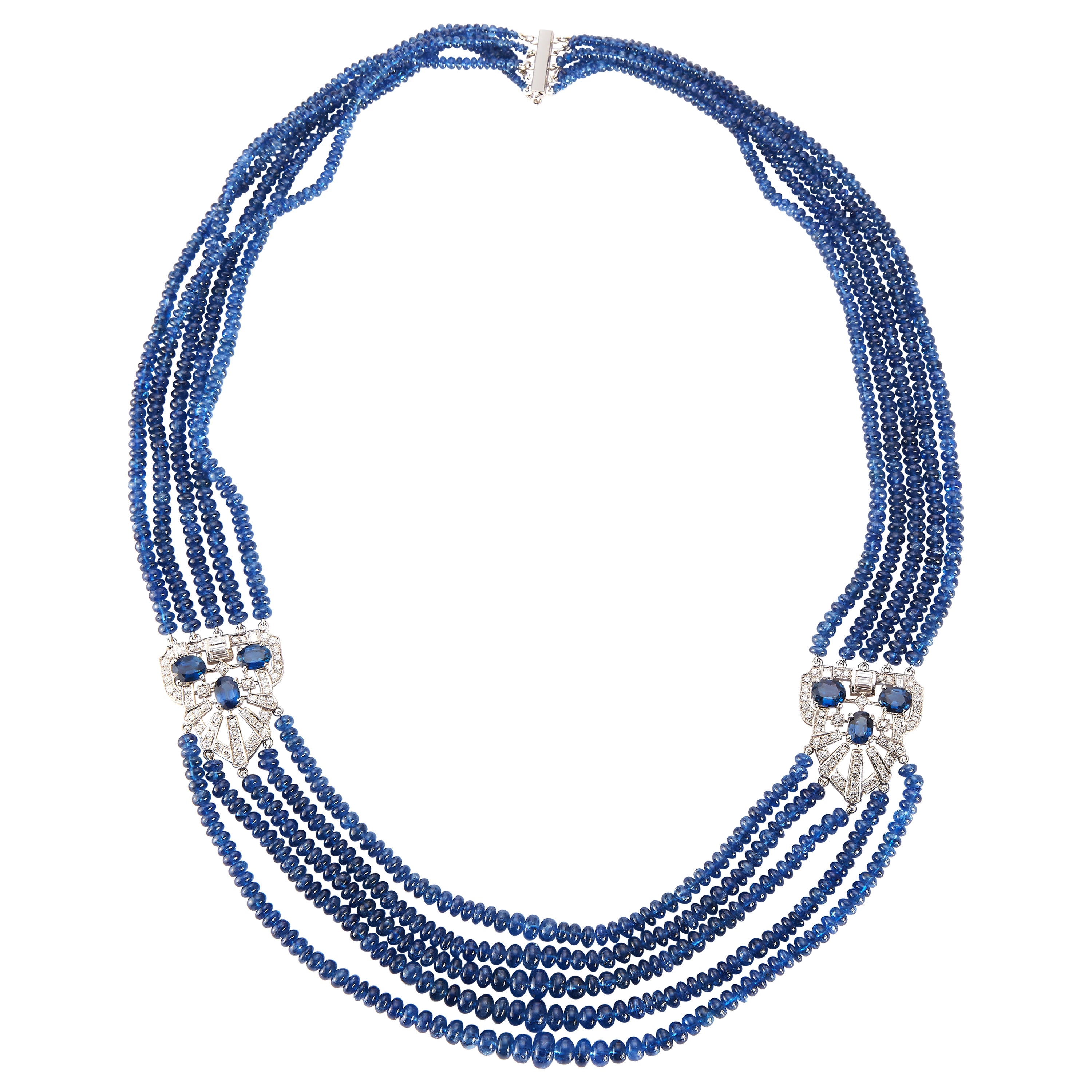 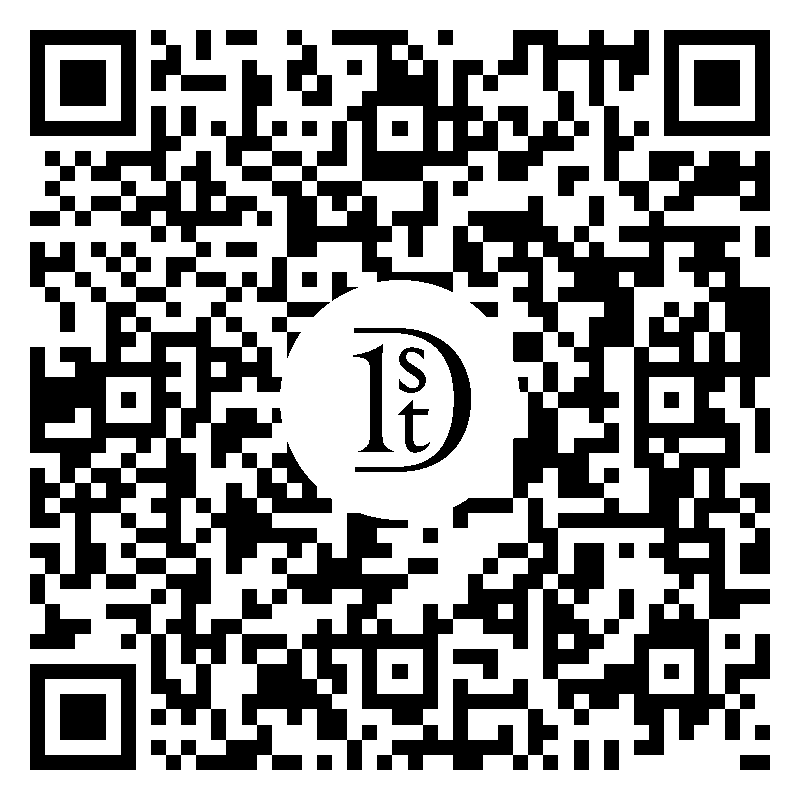 Established in London in 1962, David Morris – The London Jeweler is renowned for creating breath-taking pieces of flawless design, each individually crafted to showcase the rarest and most valuable gemstones, and sought by jewellery connoisseurs the world over. This lovely necklace is designed with 2 strands of 8mm hematite beads and 18 karat yellow gold rondeles. The central motif is a blackened gold section set with a 3.30 carat oval yellow sapphire, and 4 pink heart shaped sapphires totaling 2.94 carats. The necklace is further enhanced with 1.18 carats of round brilliant diamonds. The necklace measures 15.5" in length, the central motif section measures 1.5" Stamped DM 750 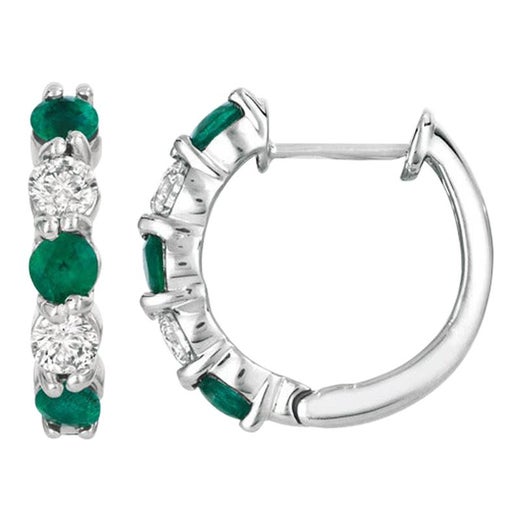 Renowned for innovative designs that combine traditional craftsmanship with contemporary style, London jeweler David Morris has been a favorite among discerning jewelry buyers, European royalty and Hollywood stars for the past 60 years.

Morris was born in North London in 1936. He apprenticed as a teenager under a leading jeweler in Hatton Garden, London’s jewelry quarter, and later attended the Central School of Arts and Crafts, where he studied goldsmithing.

In 1962, Morris opened his first atelier. His jewelry designs, which featured valuable gemstones like Colombian emeralds and Kashmir sapphires, soon attracted the attention of London’s wealthy and elite. In 1965, actor Richard Burton purchased for Elizabeth Taylor a heart-shaped diamond necklace that Morris designed. For Prince Charles’s 21st birthday in 1969, Morris was commissioned to design a gold dragon hood ornament for his Aston Martin convertible — the same car driven by Prince William and Catherine Middleton on their wedding day in 2011.

One of Morris’s most famous associations is with the James Bond films — indeed, the franchise’s relationship with jewelry isn’t simply about watches alone. In 1971, Morris created the lavish diamond jewelry prominently featured in the opening credits of Diamonds Are Forever. He also designed the jadeite pendant necklace worn by Bond girl Maud Adams in The Man With The Golden Gun, the Burmese sapphire ring and the diamond scoop necklace worn by Teri Hatcher in Tomorrow Never Dies, and, of course, Denise Richards’s rose-cut and micro-pavé adornments in The World Is Not Enough.

Morris’s company expanded from its initial Mayfair location to its flagship store on New Bond Street in London (established in 1996). The brand has opened several boutiques worldwide. David Morris cocktail rings, drop earrings, studs, pendant necklaces and brooches feature a glittering array of flawless diamonds, vibrant colored gemstones and luminous pearls. Today, the jewelry business is family-run, with his son Jeremy having been at the helm since 2003.

Morris’s jewelry has been featured in exhibitions such as “Designing 007 — Fifty Years of Bond Style,” which opened in 2012 at the Barbican in London. His pieces are also part of the permanent collection at the Victoria and Albert Museum.

On 1stDibs, find a range of David Morris jewelry that includes rings, earrings and necklaces.

About the Seller
4.9
Located in New York, NY
Recognized Seller
These prestigious sellers are industry leaders and represent the highest echelon for item quality and design.
Platinum Seller
These expertly vetted sellers are 1stDibs' most experienced sellers and are rated highest by our customers.
Established in 2017
1stDibs seller since 2018
239 sales on 1stDibs
Typical response time: 1 hour
More From This Seller

David Morris South Sea Pearl & Micro-Set Diamond Necklace
By David Morris
Located in London, GB
South Sea Pearls are prized for their incredible size and lustre, and this extraordinary natural pearl necklace from David Morris offers a rare opportunity to possess some of the wor...
Category

$66,776
David Morris Gold Pearl Necklace with Diamond Clasp
By David Morris
Located in London, GB
This spectacular pearl necklace from David Morris showcases the House’s commitment to working with the world’s most prized and beautiful gemstones. Made with 33 natural golden pearl...
Category

$40,000
Hematite Rock Crystal Pendant 925 Gilded Silver Multi Strand Beaded Necklace
By Intini Jewels
Located in Milano, IT
This futuristic rock crystal pendent and the intense color of the hematite gem merge together in an authentic handmade italian design. This design is inspired by the starry nights o...
Category

$581
GIA Certified Six-Strand Genuine Ruby Pink Sapphire Bead Necklace
Located in Stamford, CT
6 strand ruby and sapphire bead necklace. The hand faceted beads range in size from 2.6 to 3mm. Every bead in the necklace is genuine corundum. The center of the necklace is Ruby. T...
Category