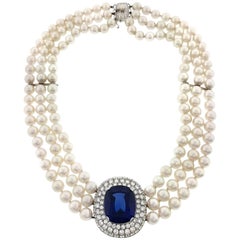 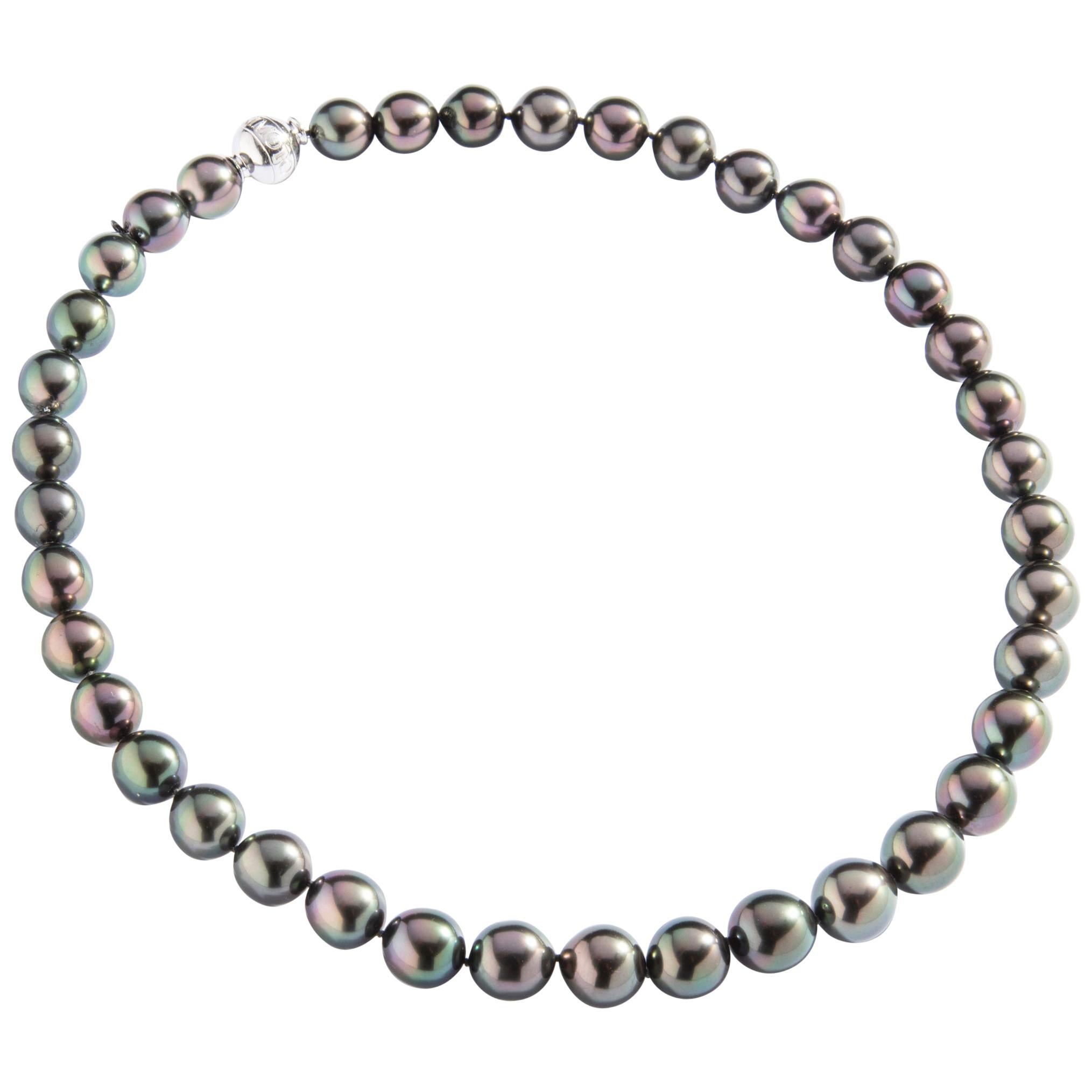 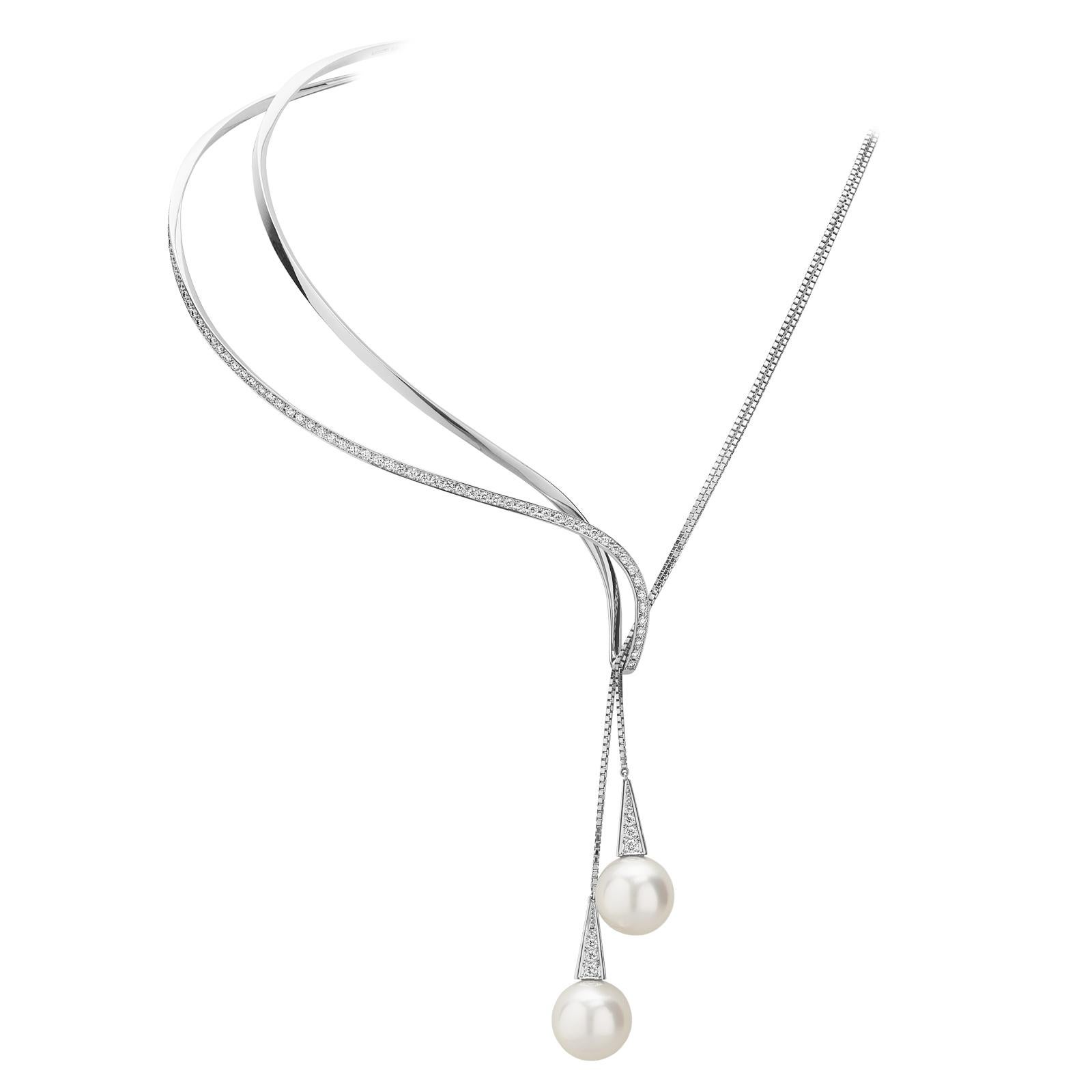 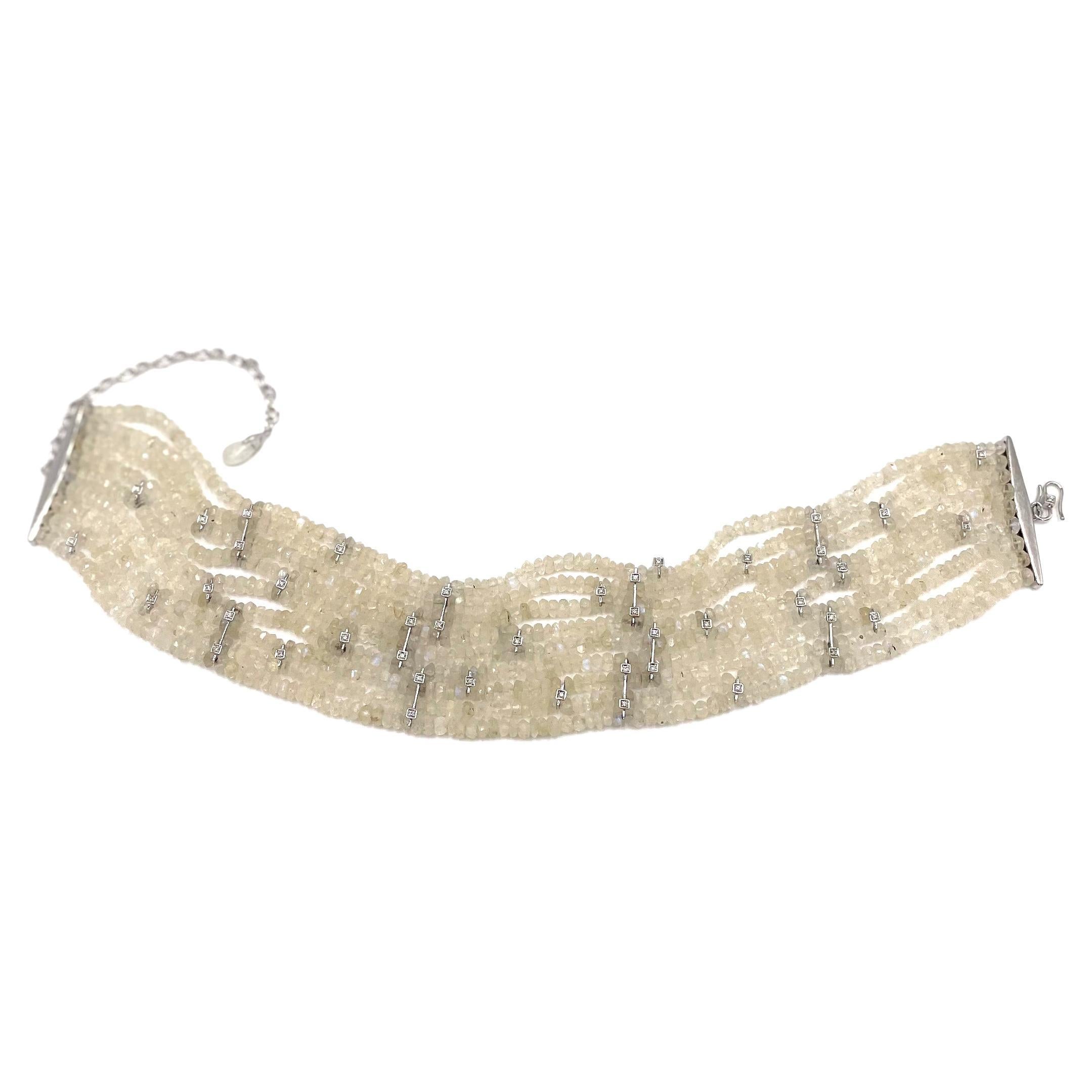 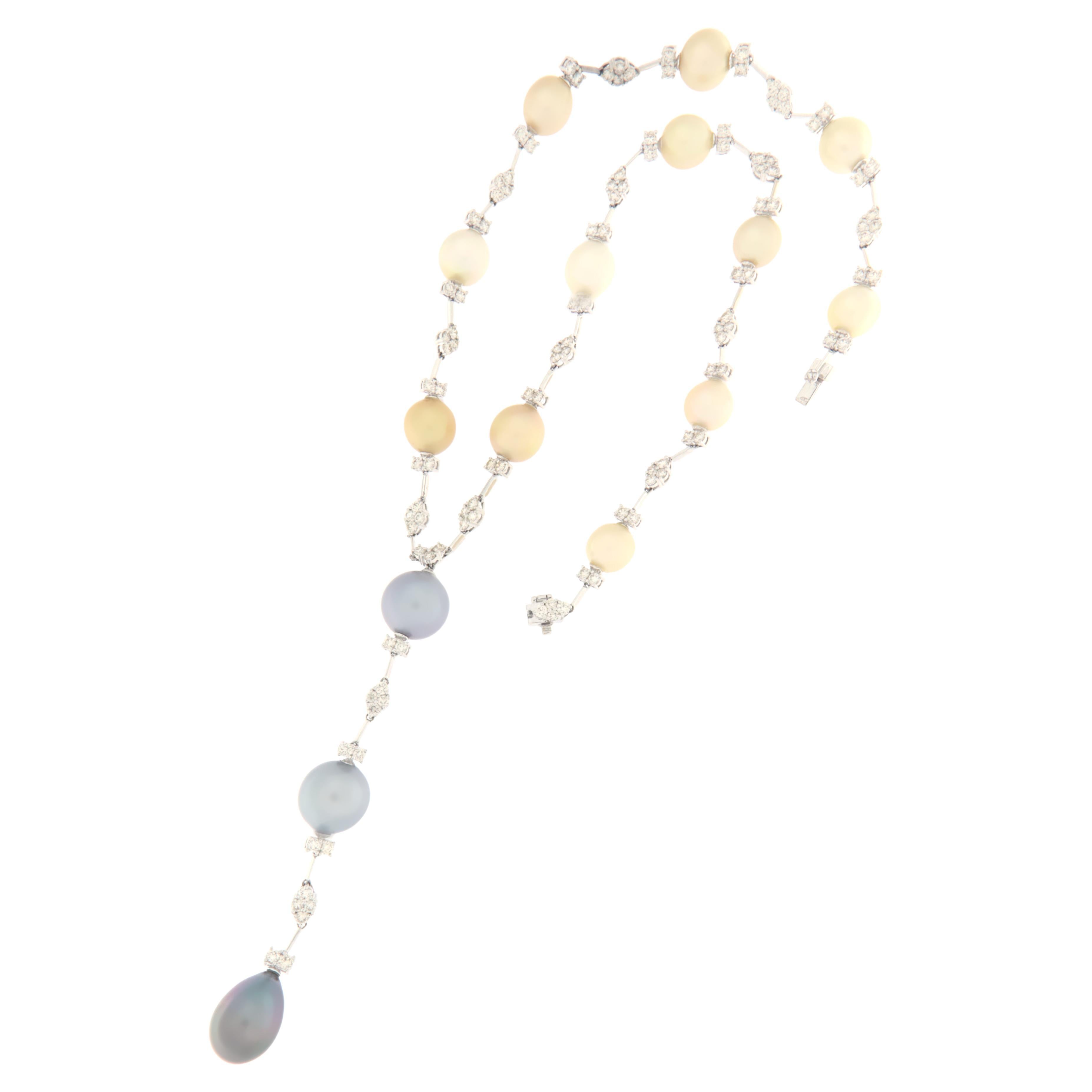 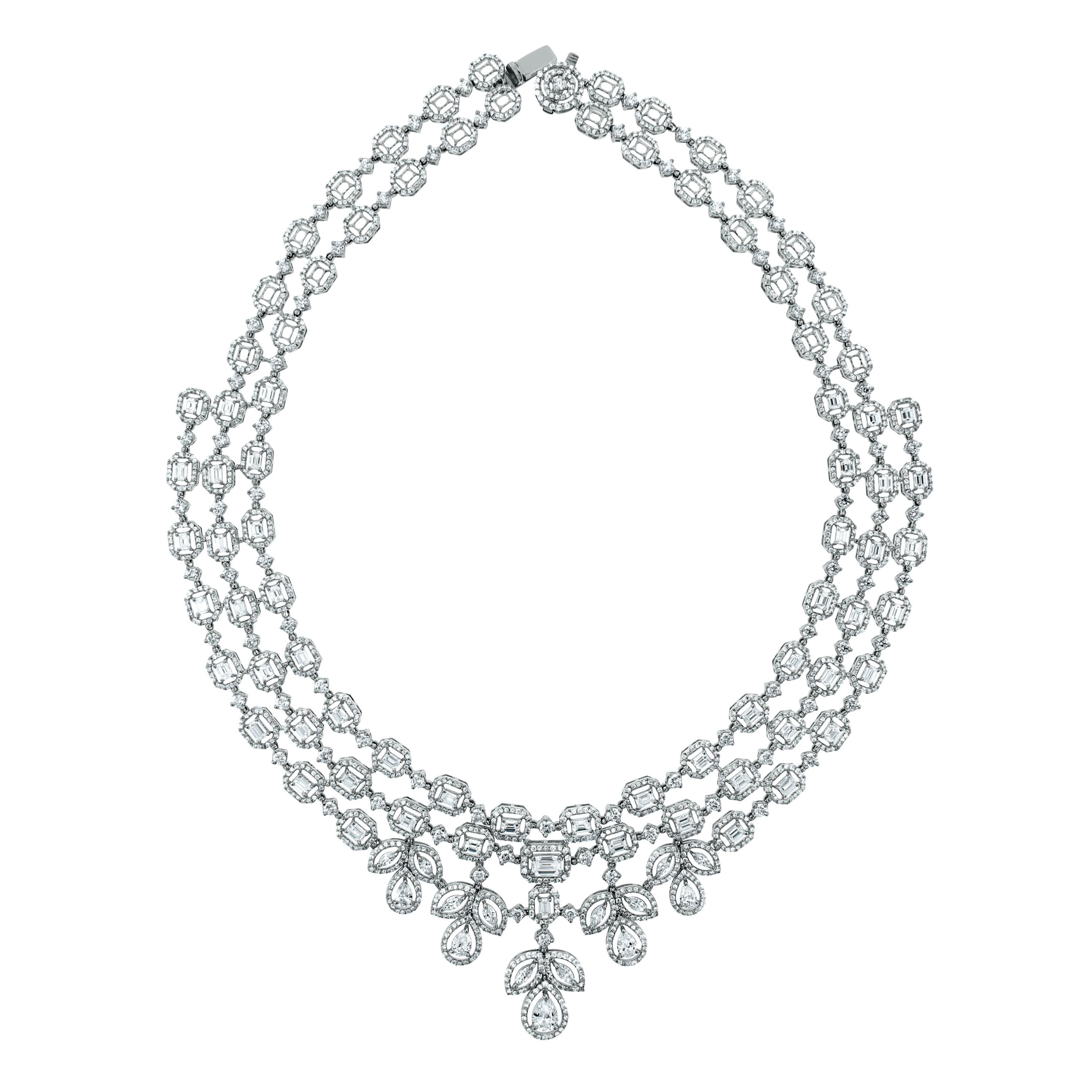 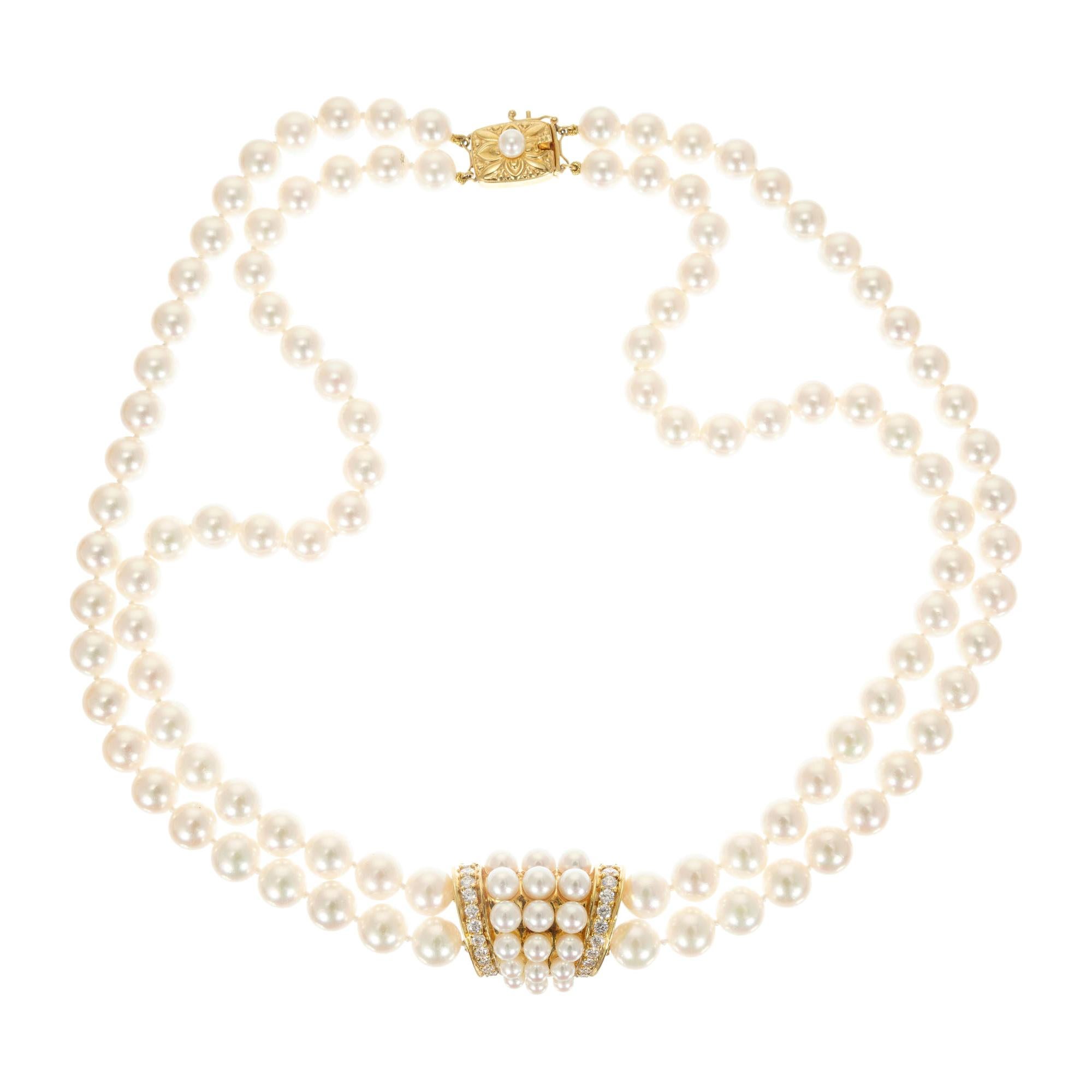 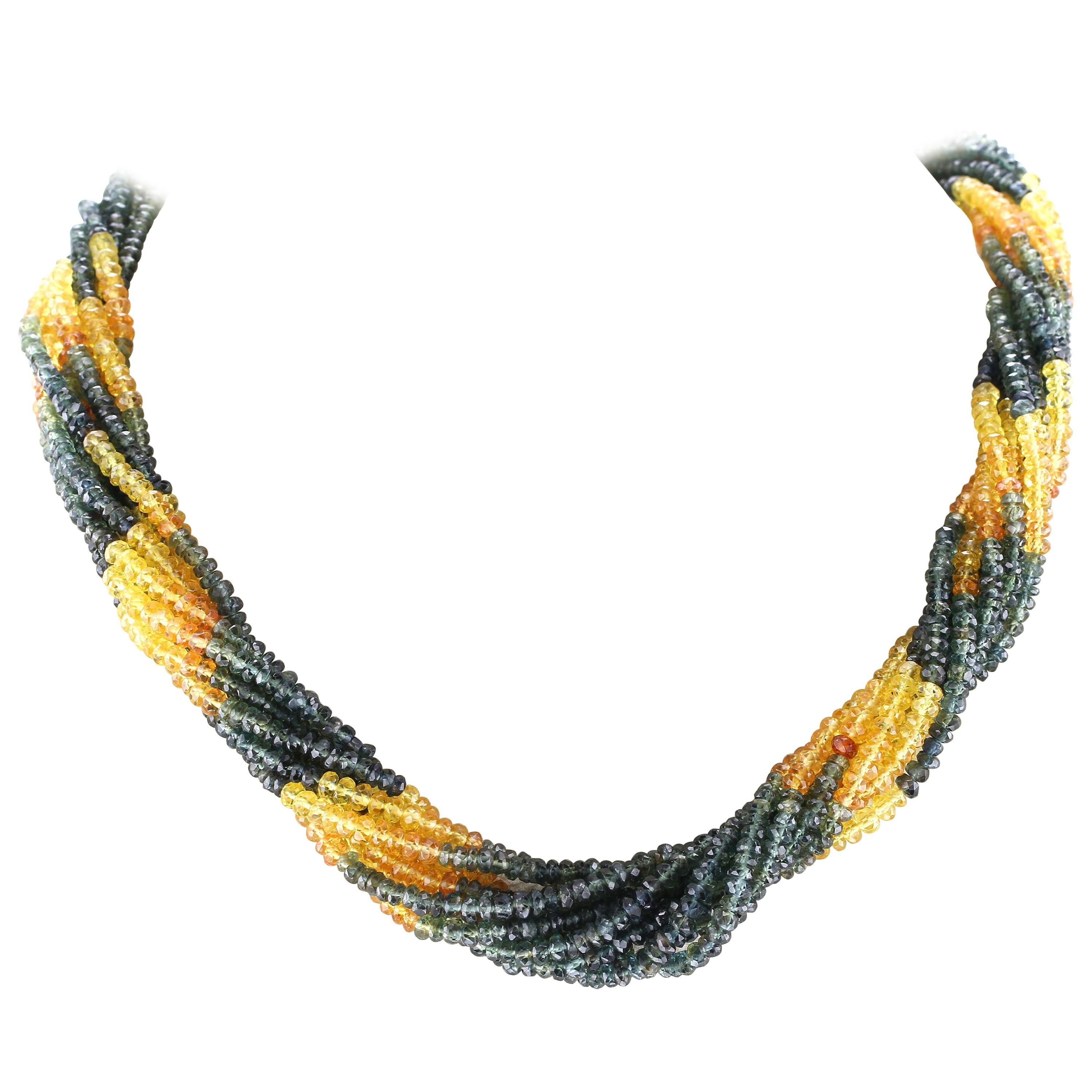 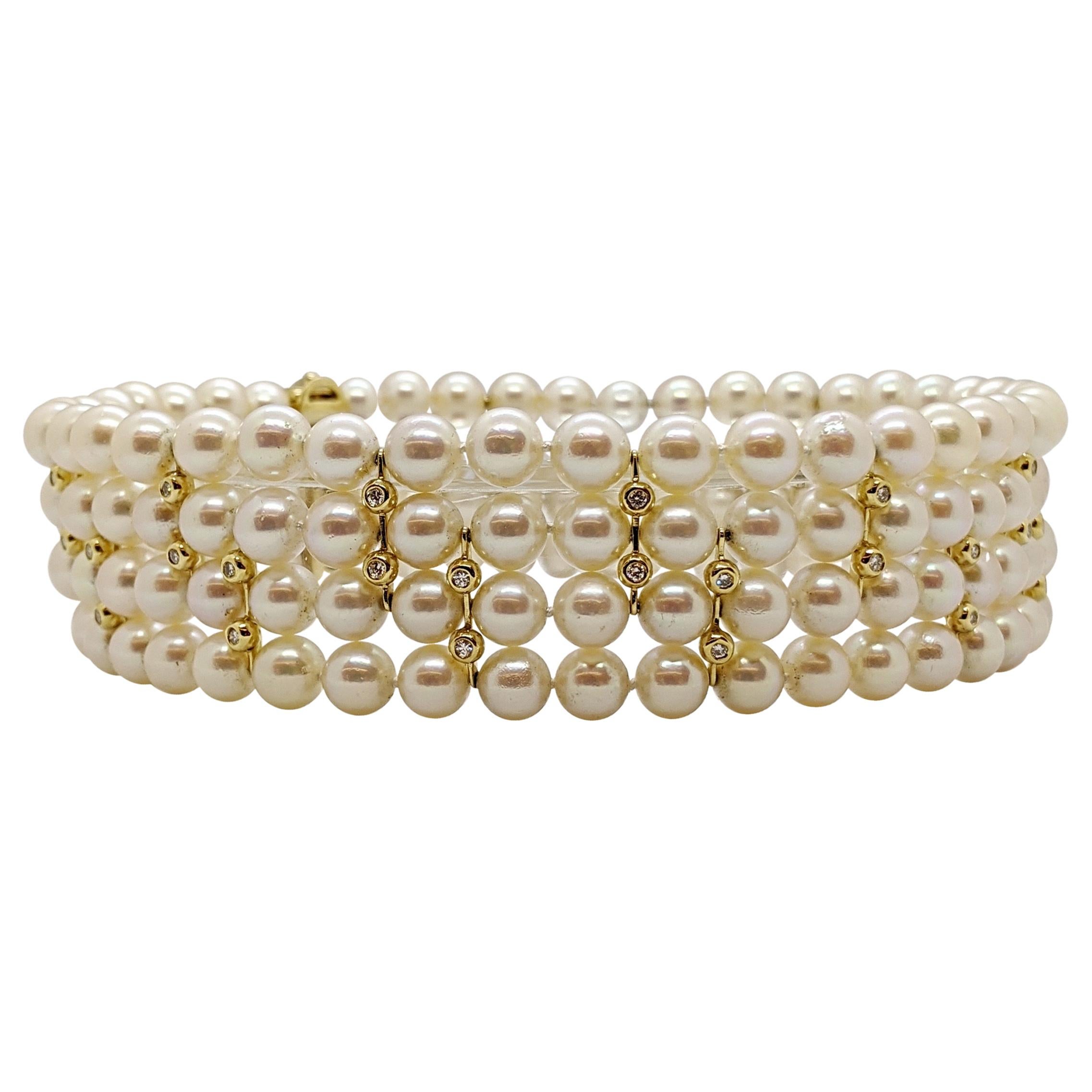 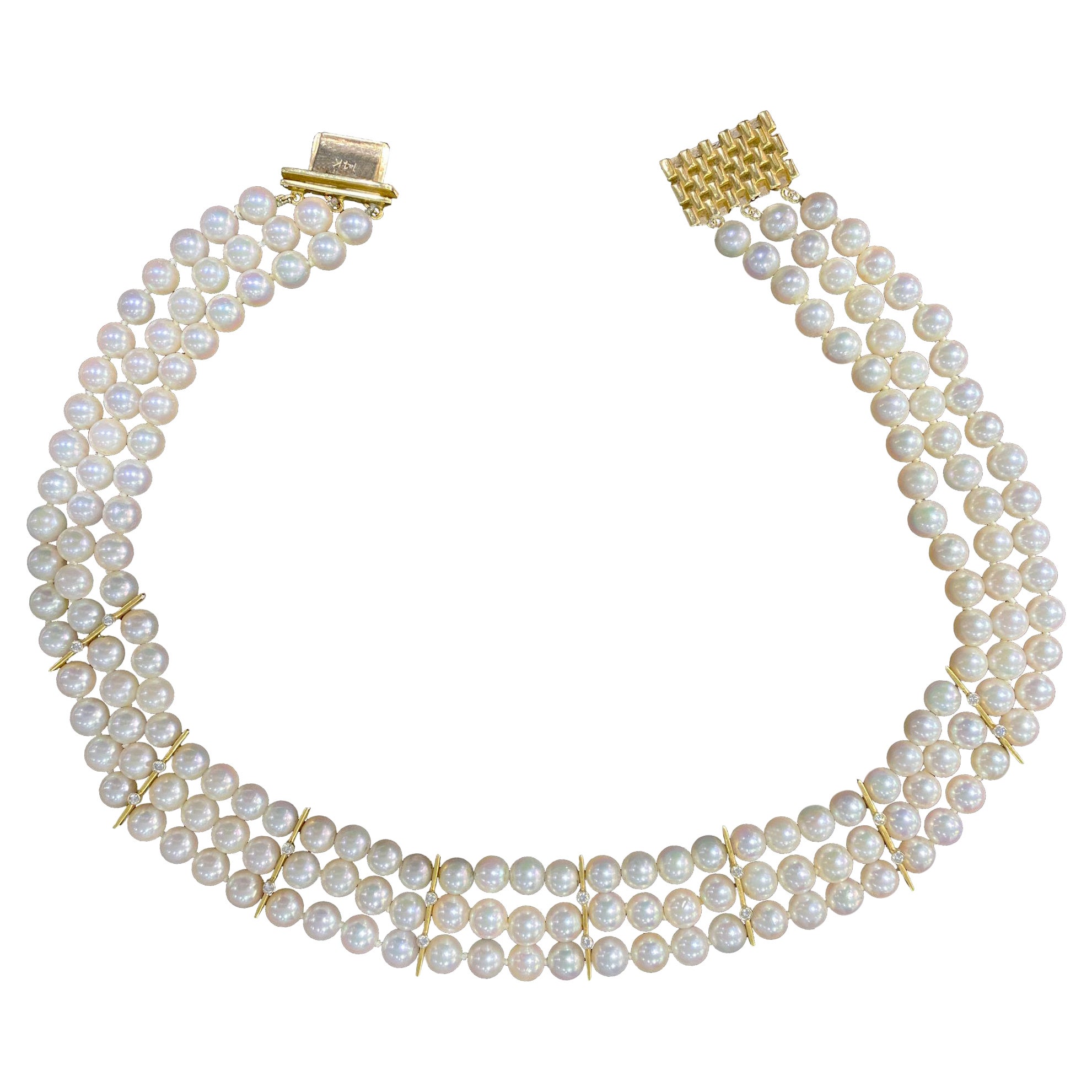 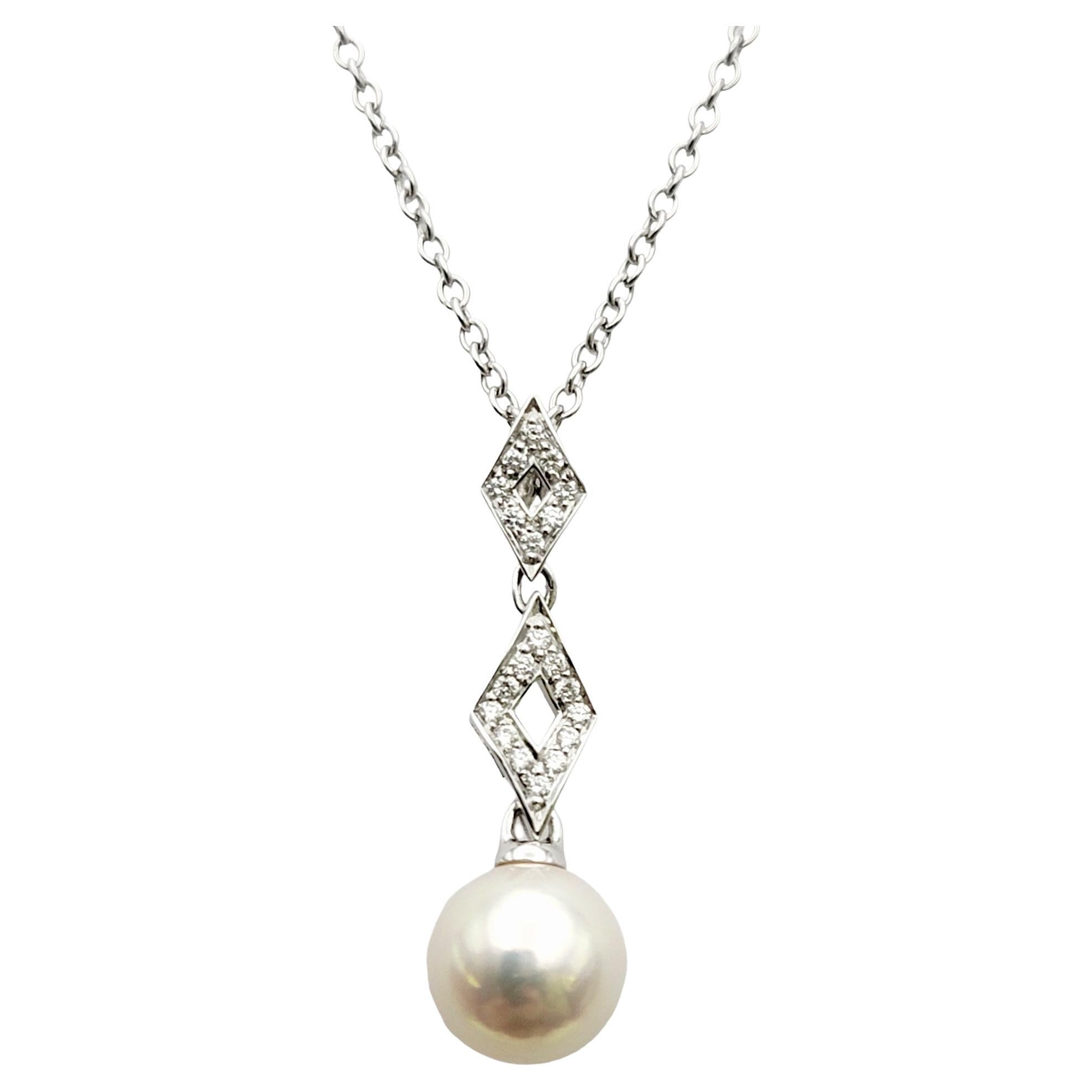 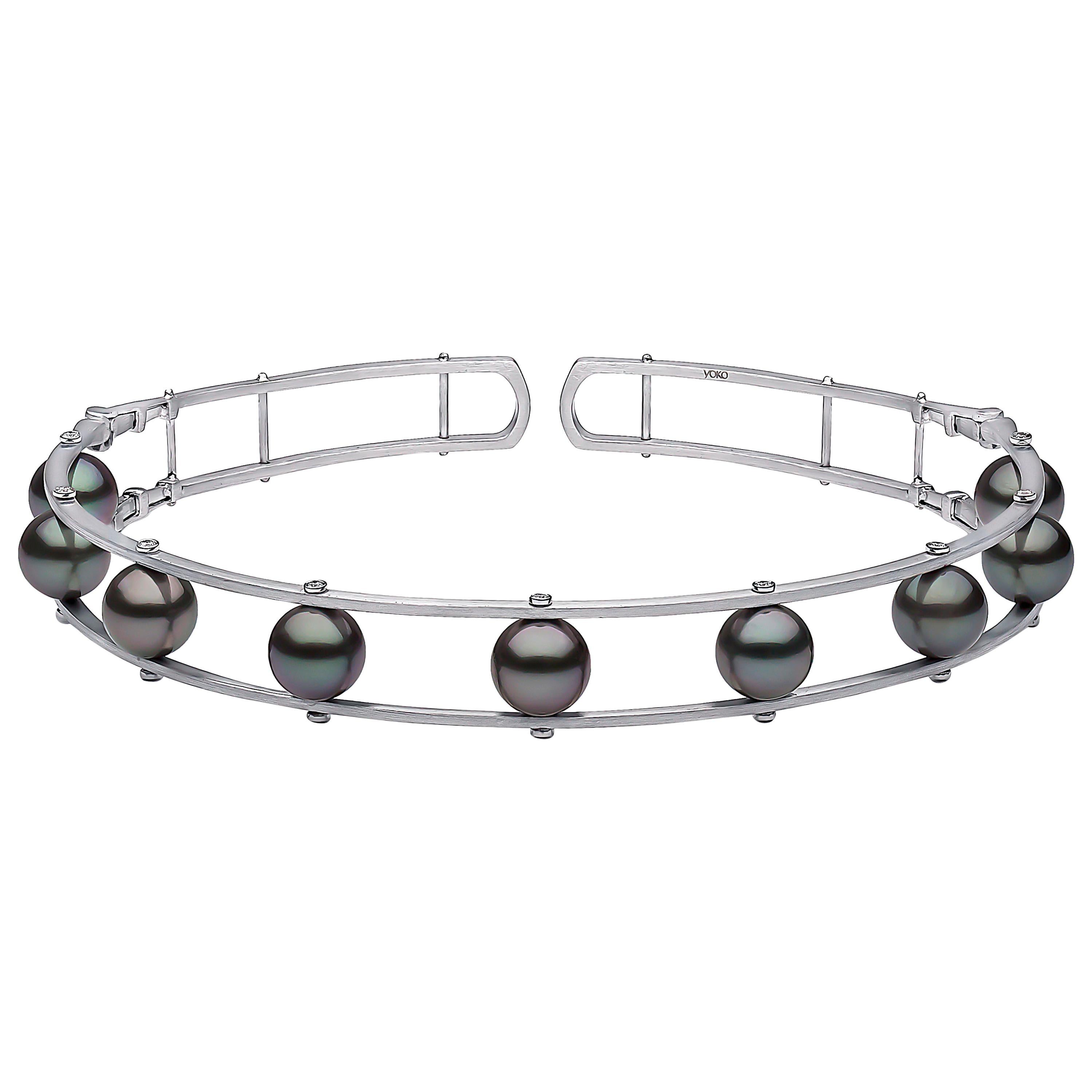 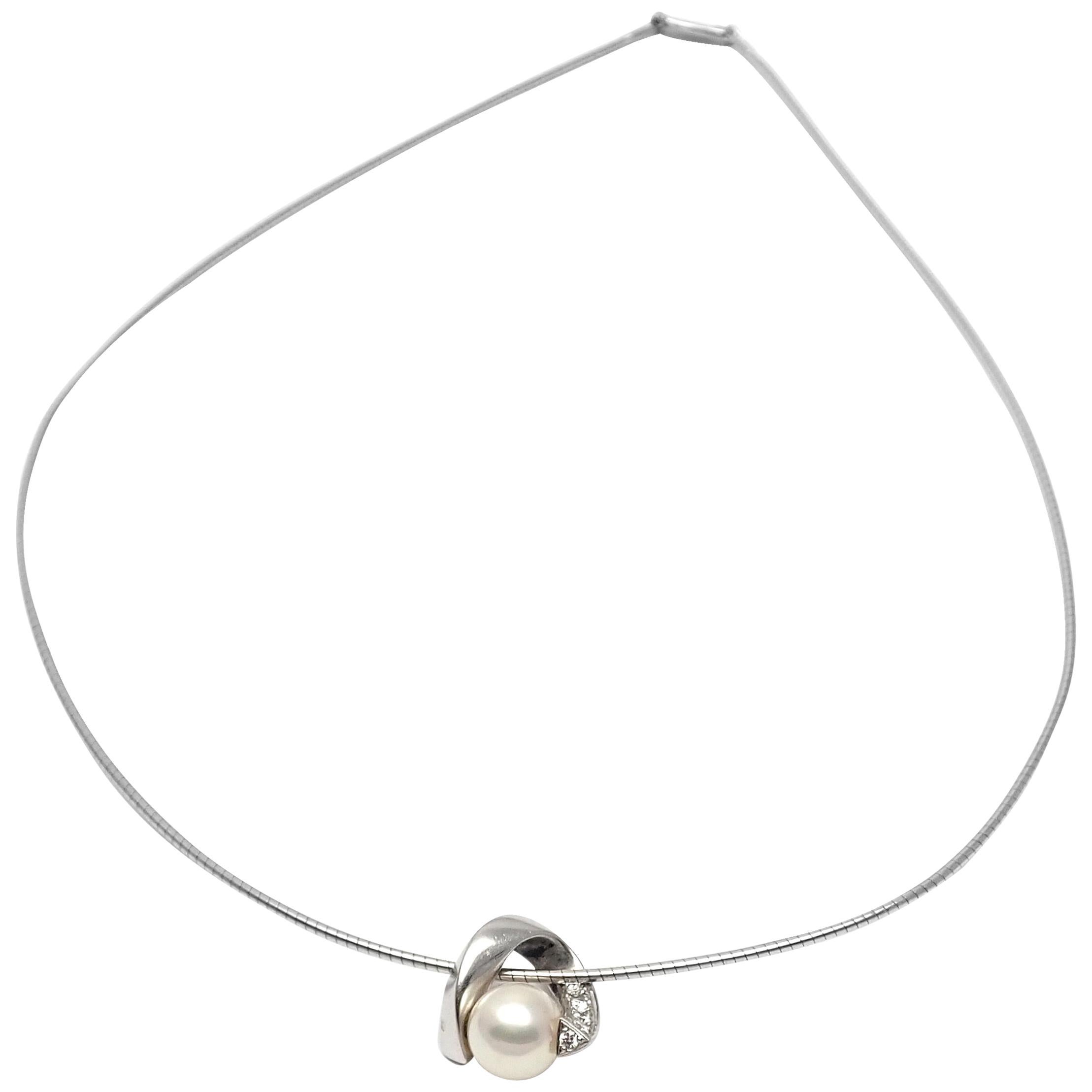 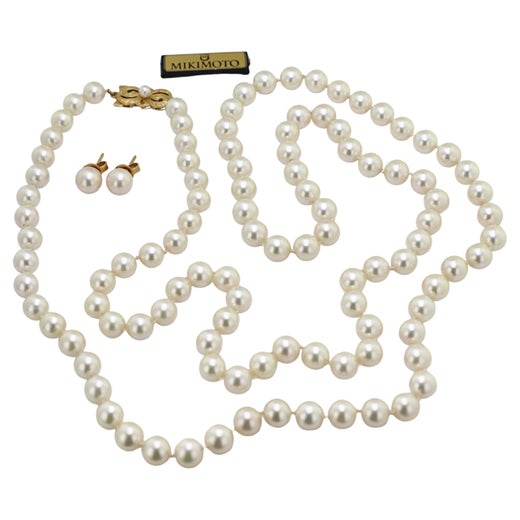 Born to a noodle-shop owner, Japanese jeweler Kokichi Mikimoto (1858–1954) worked in the seafood business before shifting his focus to pearl cultivation. In 1893, he successfully developed the world’s first cultured pearls with a semispherical specimen. His further experimentation would include black and white South Sea pearls. This development gave Mikimoto a supply of what had once been a notoriously rare natural element and earned him the nickname “The Pearl King.” As he once said, “My dream is to adorn the necks of all women around the world with pearls.”

In 1899 in Tokyo’s Ginza district, Mikimoto opened his first, eponymous store in a white-stone building reminiscent of the color of pearls. He quickly earned a reputation for dazzling designs that blended Japanese craftsmanship and European influence. Mikimoto sent his jewelers to Europe to study the latest trends in jewelry and design; they brought back knowledge of Art Deco and Art Nouveau styles, which were incorporated into designs featuring Mikimoto’s pearls.

But Mikimoto’s creations were not met with enthusiasm by all. In 1921, a London newspaper called the designer’s jewelry “only imitations of real pearls” and claimed the company was “misleading” its customers. It developed into a lawsuit in the French courts, which ruled in Mikimoto’s favor, and raised the jeweler’s global profile. He also brought his work international acclaim through exhibitions and world’s fairs, including the 1926 Sesquicentennial Exposition in Philadelphia where he unveiled a replica of the Liberty Bell covered with pearls. In 1927, Mikimoto met with Thomas Edison, who gave the jeweler’s invention probably its best compliment: “It is one of the wonders of the world that you were able to culture pearls. . . . This isn’t a cultured pearl, it’s a real pearl.”

Following World War II, Mikimoto opened stores around the world, with locations now in Paris, New York City, Los Angeles and Shanghai. Though its founder died in 1954, the Mikimoto company has continued to build on the legacy he established, producing collections of pearl necklaces and other pearl-centric jewelry that span a wide range of styles. In 2017, the brand reopened its flagship Tokyo store, tapping architect Hiroshi Naito to design a new glittering facade whose 40,000 tiny glass plates are meant to evoke the movement of the ocean as they catch the light. The place where Mikimoto had his legendary success over a century ago is now known as Mikimoto Pearl Island and includes a museum on his life and pearls. A highlight is the “Boss’s Necklace,” which was the first made by Mikimoto and is the model for all the brand’s classic strands that have followed.

Find Mikimoto pendant necklaces, choker necklaces and a range of other jewelry on 1stDibs.