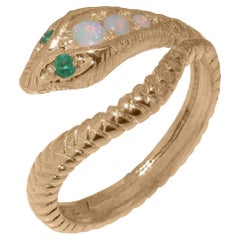 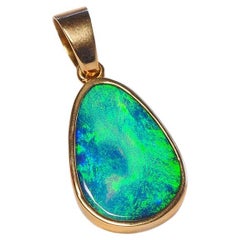 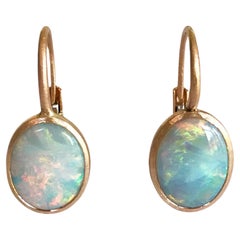 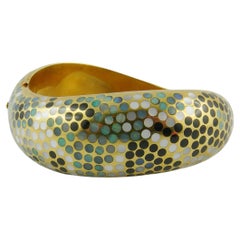 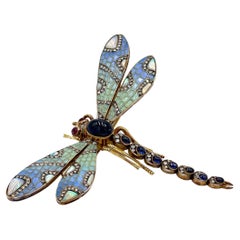 Opal Pink Sapphire 22 Karat Gold One-of-a-Kind Dangle Drop Earrings
By AB Jewelry NYC
Located in New York, NY
These subtle pink opal dangle drop earrings will make an elegant addition to any outfit. Rose earrings. They are comfortable and are easy to coordinate with any look. Handcrafted. On...
Category

Joke Quick Lightning Ridge Black Opal Rose-Cut Diamond Mosaic Ring
By Joke Quick
Located in Antwerp, BE
One of a kind ring handmade in Belgium by jewellery artist Joke Quick. Diamonds and gemstones in different cut shapes and colours are set like a mosaic. This Ring is Handmade the tr...
Category

Ruby Opal Pearl and Diamonds 18 Karat Gold Ring
Located in Monte Carlo, MC
A truly elegant one of a kind Ring, A pear shape opal a cabochon ruby as well as a round pearl are delicately placed on both sides of a shank. They seem to defy gravity. The shank i...
Category

Antique Opal and Diamond Ring, Hallmarked 1902
Located in Yorkshire, West Yorkshire
A very pretty opal and diamond set ring centring on an oval, cabochon-cut opal to the centre. On each side of the principal opal , in a bow-shaped setting are two rose cut diamonds ...
Category

7.52 Carat Oval Cab Ethiopian Opal Diamond Accents 14K White Gold Ring
Located in New York, NY
Decorate yourself in elegance with this Ring is crafted from 14-karat White Gold by Gin & Grace. This Ring is made up of 12x16 mm Oval-Cab (1 pcs) 7.52 carat Ethiopian Opal and Round...
Category

26.43 CTW Au Opal, Tourmaline & Diamond Earrings, Impressive Play of Colors
Located in Hong Kong, HK
Please check out the HD video! These are Australian doublet Opals. Extremely difficult to find a matching pair! When it comes to opals, one of the most important character people loo...
Category

1.10 Carat Ethiopian Opal Oval Cut and Diamond 10K Yellow Gold Classic Pendant
Located in New York, NY
Crafted of an oval cut Gin & Grace Natural Opal and brilliant diamond pendant , this impressive pendent is the ideal way to enhance yourself and show off your sense of fashion. The d...
Category

Pink Opal Earrings in 14 Karat Yellow Gold
Located in JAIPUR, IN
This collection is inspired by the Mughal Era and their influences on the architecture of the times. The main motifs of this collection are derived from some of the most famous monum...
Category

Vintage 9ct Yellow Gold Cufflinks with Bright Opal Triplet
Located in Benfleet, GB
A vintage 9ct yellow gold set of cufflinks inset with a bright opal triplet This stylish piece from an unknown maker was created with an exception attention to detail
Category

Owyhee Blue American Opal and Sterling Silver Bezel Set Oval Statement Ring
Located in Tucson, AZ
A stunning Owyhee blue opal cabochon was bezel set in sterling silver to make this one of a kind ring. The shank of the band is a simple and elegant split style and the bezel setting...
Category

Opal Diamond Earrings, Genuine Opal, Diamond Halo .91 Carat Stud Earrings
By Five Star Jewelry
Located in Austin, TX
These organic blue opal earrings are to die for! The opal is incredibly bright and looks gorgeous with a halo of diamonds around each. The stud design is the most popular type of e...
Category

Amethyst and Diamond Studded Earrings in 14 Karat Yellow Gold
Located in JAIPUR, IN
This collection is inspired by the Mughal Era and their influences on the architecture of the times. The main motifs of this collection are derived from some of the most famous monum...
Category

Opals were discovered in 400 BC, and since then five types have been found throughout the world. Before you start shopping for mysteriously beautiful vintage opal rings and other opal jewelry, learn about the different varieties of the gem — and find out which historical figure was reportedly willing to trade his kingdom for a single stone.

Opals are such unusual gemstones that there are too many old-wives tales associated with them, like if you’re a blond, wearing an opal necklace will protect your locks from losing color. Opals were also very fashionable in the early 19th century, up until the publication of Sir Walter Scott’s novel Anne of Geierstein in 1829. The title heroine wears an opal and succumbs to an untimely death. However, the British monarchy, and in particular Queen Victoria, did not let this story get in their way, and they frequently gifted opals to friends and family members. October babies should disregard the noise and proudly wear their opals!

There are five types of precious opals: boulder opal, fire opal, crystal/water opal, black opal, and white/light opal. Each variety is distinguished by its color.

So, where does the name come from? The word opal is thought to originate from the Roman opalus or from the Sanskrit úpala (“precious stone”) or from the Greek opallios (“to see a color change”). So while there have been many names for the stones, opals were first discovered in 400 BC in Ethiopia. But the early reference that comes up most often in history books is from the Roman philosopher Pliny the Elder, who wrote about it in 75 AD. In his text he refers to it as opali. The Romans were big fans of opal, Mark Antony was so enamored by it that, as the story goes, he was willing to trade a portion of his kingdom for a single opal.

There's a wide variety of antique and vintage opal jewelry on 1stDibs (and you won't have to trade your kingdom for it).