Georgian jewelry is named for the monarchies of the four King Georges, who in succession ruled England starting in 1714 (plus King William’s reign, which lasted until 1837). A slew of beautiful pieces were produced during the period that today are coveted by collectors.


There are certain features that distinguish jewelry from this era, including the fact that pieces from the 18th and early 19th centuries was handmade (so don’t let the absence of a maker’s mark lead you to believe otherwise). Georgian jewelry also has a certain “look.” It’s a bit gray because stones were often set in silver, and because stonecutting techniques were not as advanced as they are today, the gems do not possess the level of sparkle to which we have become accustomed.


Intricate metalworking techniques such as repoussé (the hammering of metal into ornate designs) and cannetille (a method of working the gold wire to make it look woven) allowed goldsmiths to really flex their muscles. These gold pieces, either on their own or combined with gemstones, made for highly original and dramatic jewelry. The era also saw pieces with ornately woven strands of human hair.

Free Shipping
Lapine Paris Madame de Pompadour Portrait Pocket Watch
Located in Greenwich, CT
Antique jeweled pocket watch, the back centering on an oval-shaped enamel portrait of a young Madame de Pompadour, the official chief mistress of Louis XV and one of the most powerfu...
Category

Free Shipping
Fine Swiss Musical Fob circa 1810 Solid 18 Karat Gold Large Sized
Located in Napoli, IT
Rarities from the past Very scarce and highly sought after, Swiss musical fob are considered art musical objects further than being fine jewelry pieces and historical interest for b...
Category 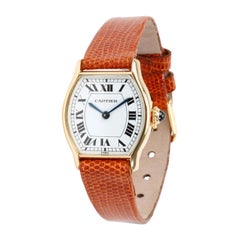 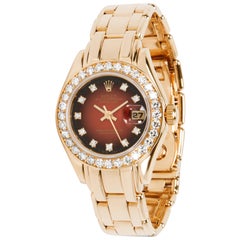