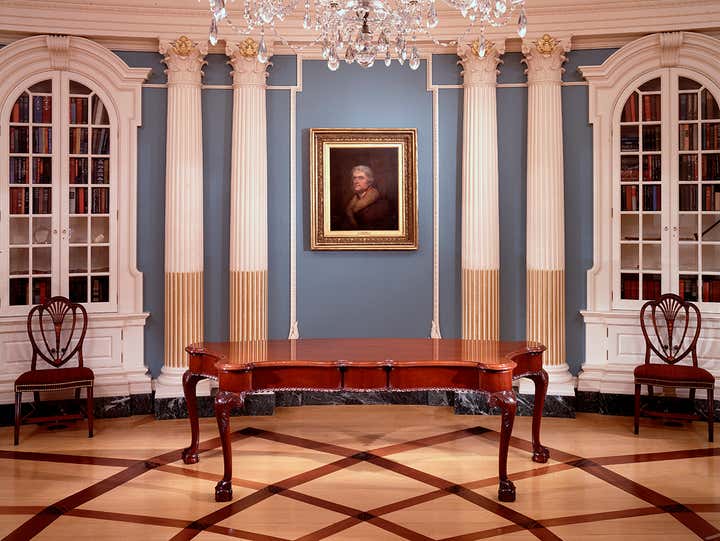 Offices in the U.S. State Department

The redesign on the Secretary of State’s offices and the Treaty Room Suite at the U.S. State Department was part of a 38-room commission in which Allan Greenberg Architect was charged with replacing “mediocre modern” rooms, with an architecture that is timeless and distinctly American. Secretary of State George P. Shultz wished to have offices in which Thomas Jefferson - the first Secretary of State - would feel at home in, while also sensing something new. The elliptical Treaty Room is articulated by Corinthian columns which incorporate the Great Seal of the United States. Special carvings depict the leaves and flowers of the native American tobacco plant – a reference to the peace pipe ceremony which celebrates a unique North American contribution to the history of peace making. Treaty-signings are accommodated by an oversized table with an elliptical geometry that relates to the curved walls of the room; adjacent antechambers allow guests to observe treaty-signing ceremonies. 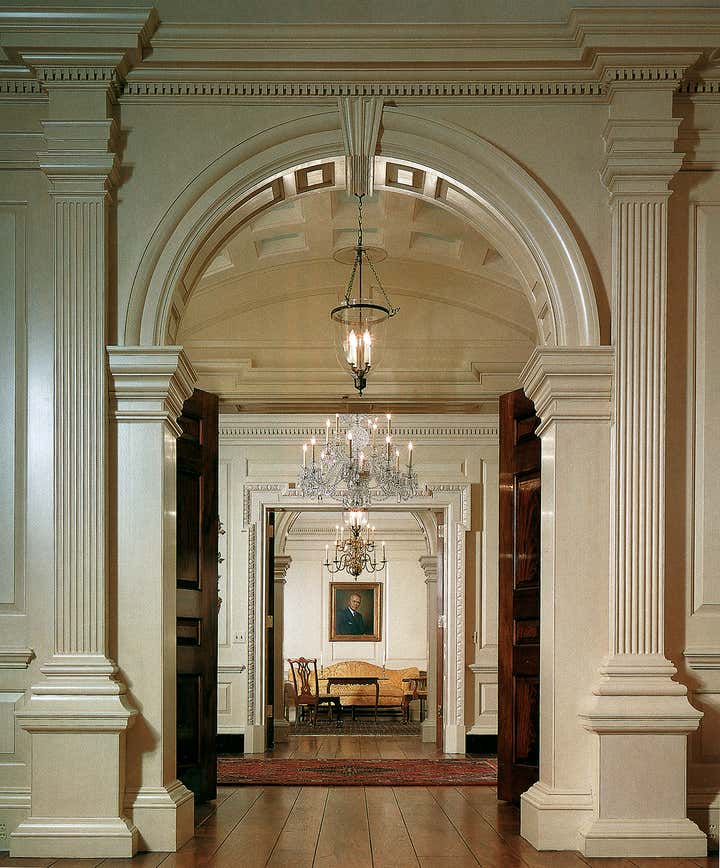 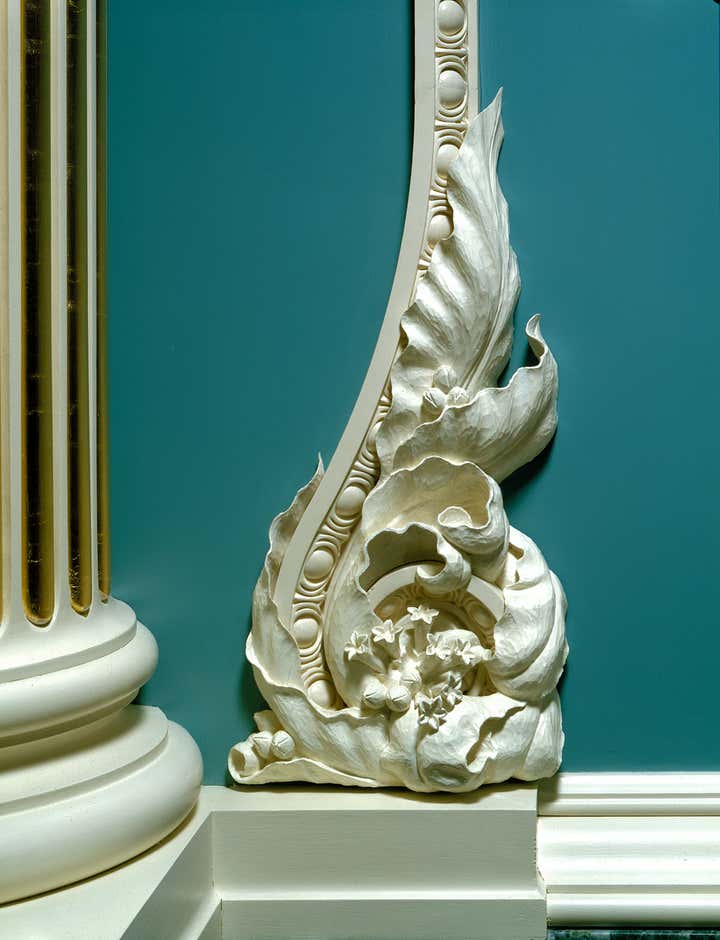 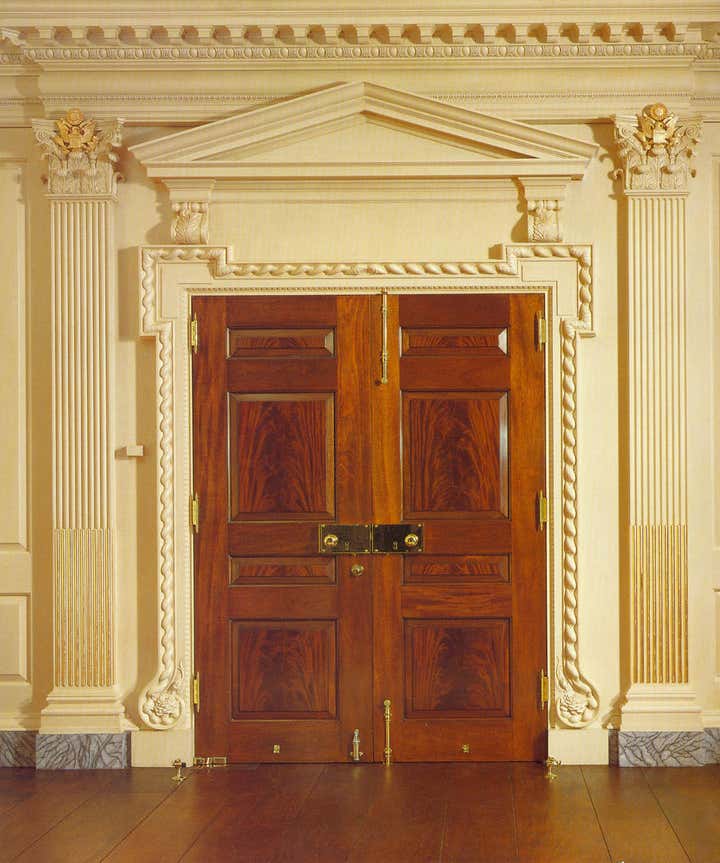 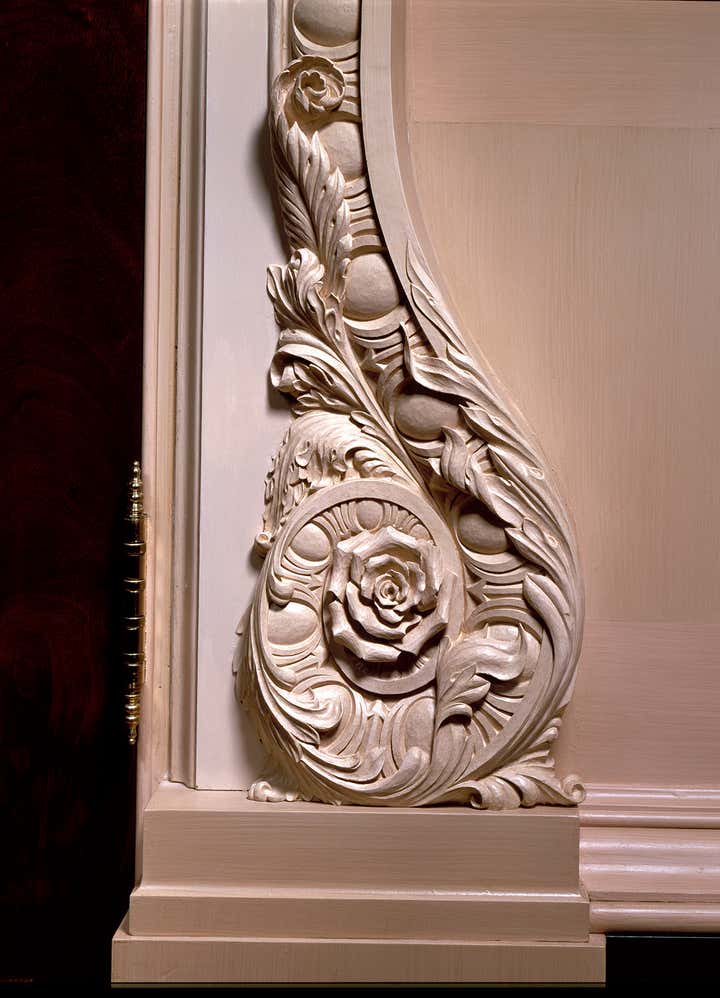