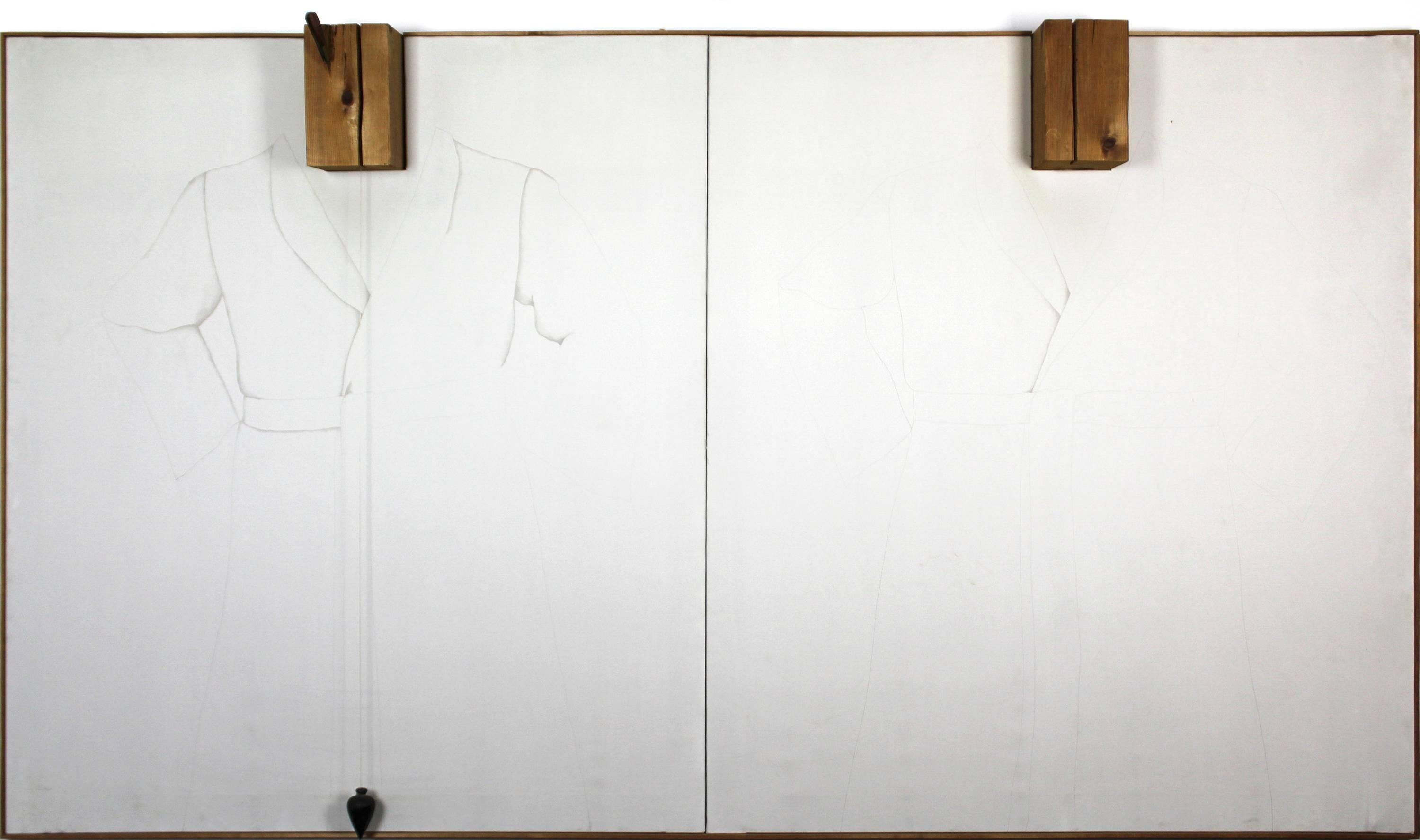 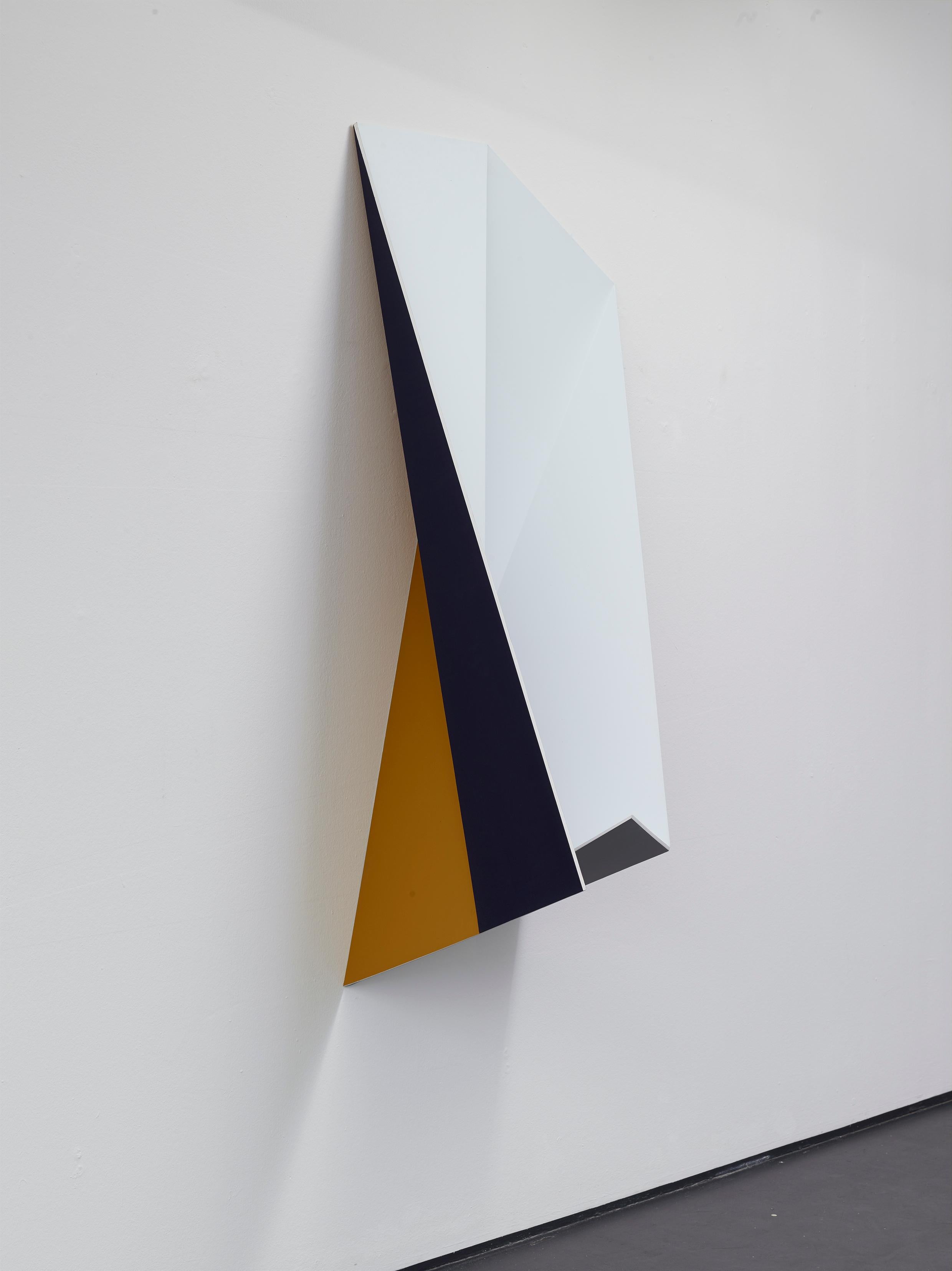 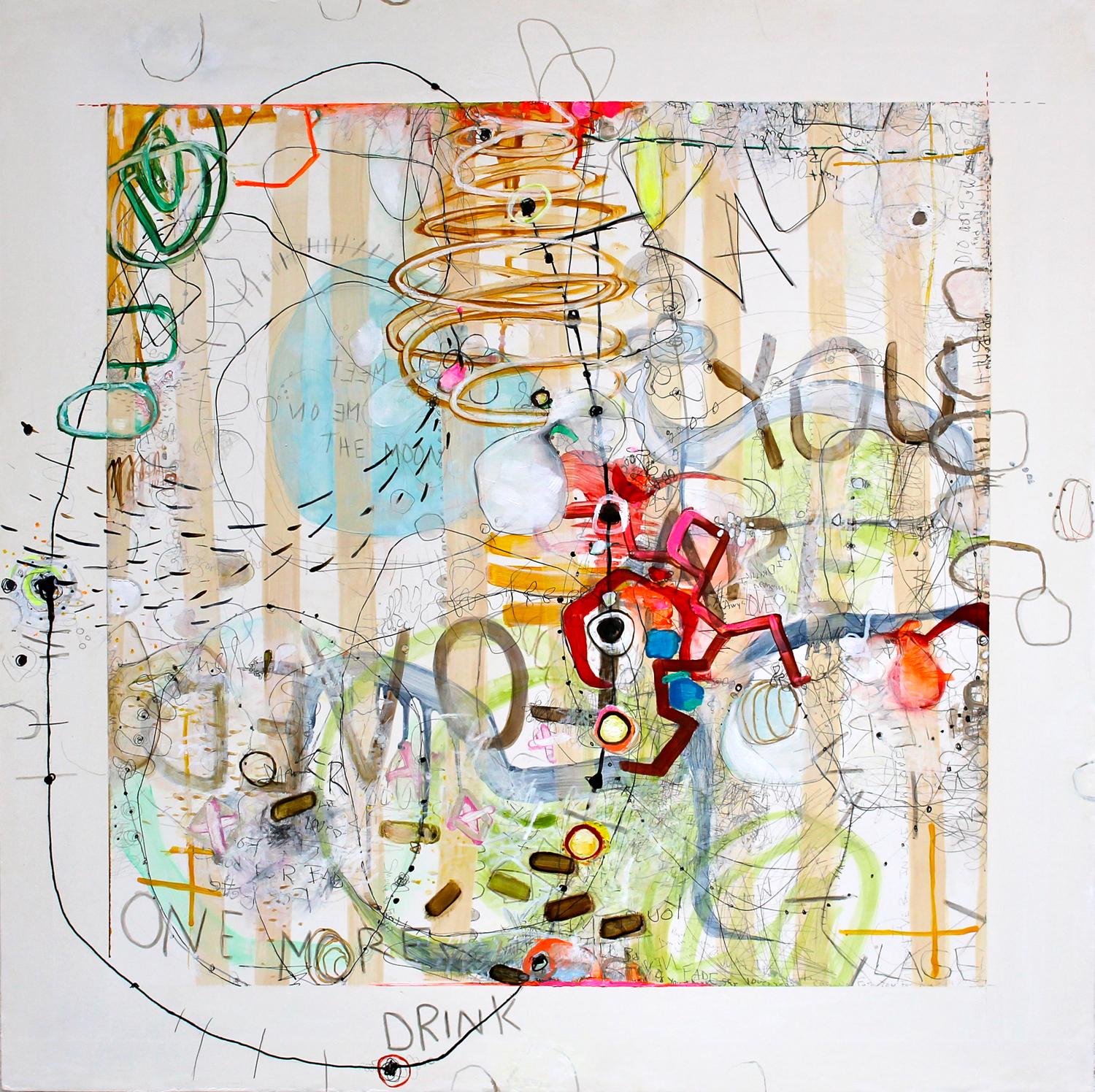 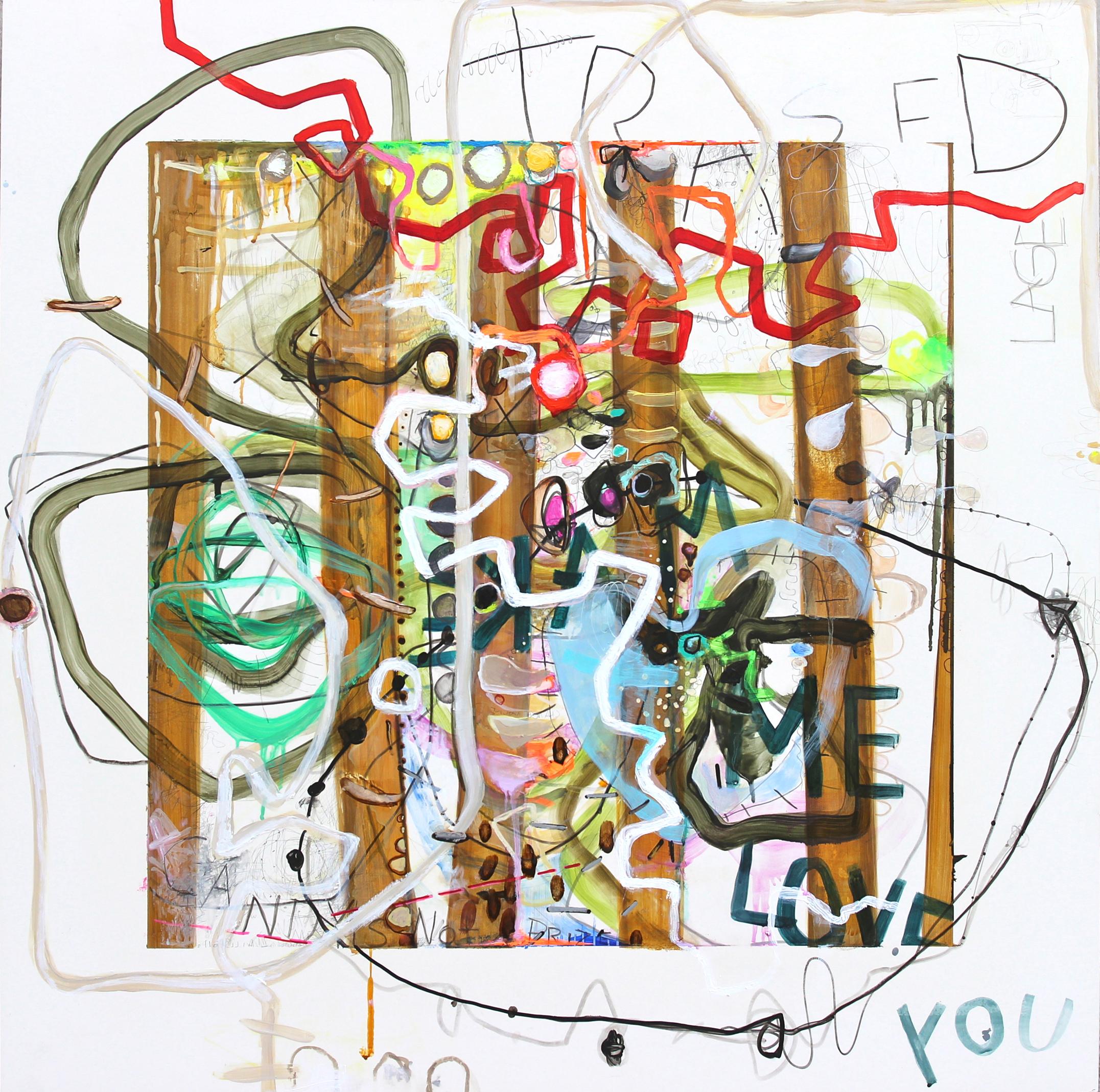 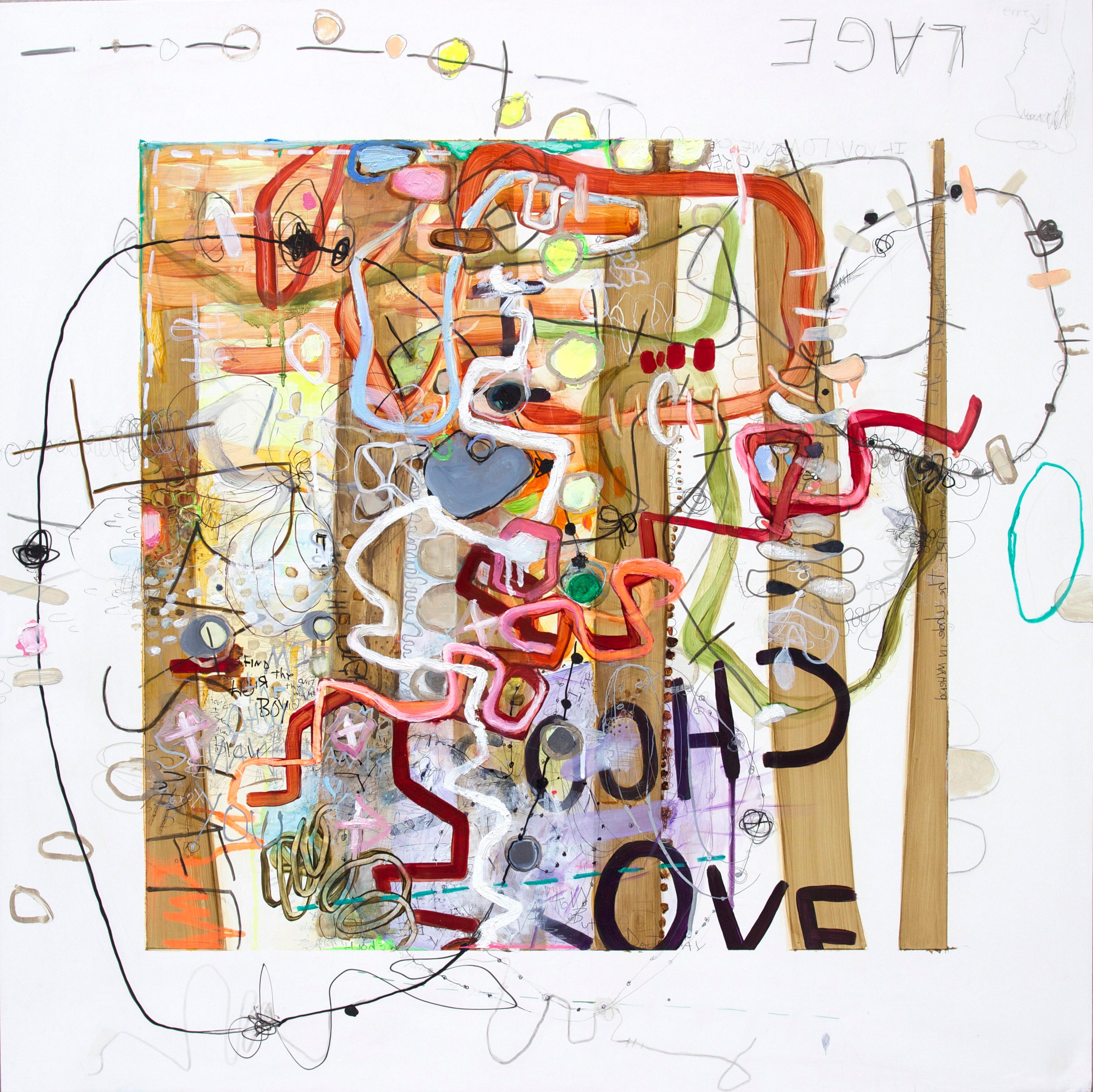 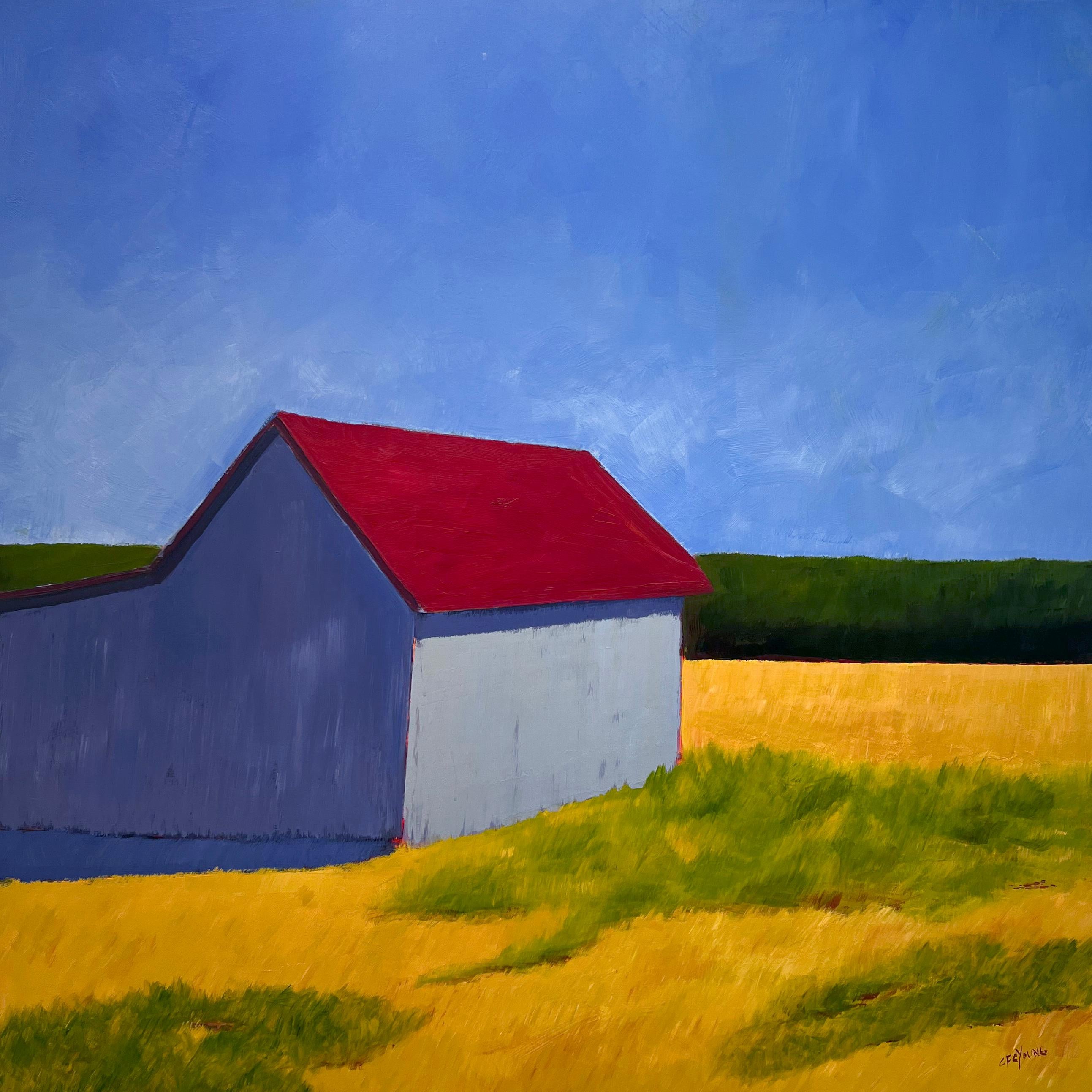 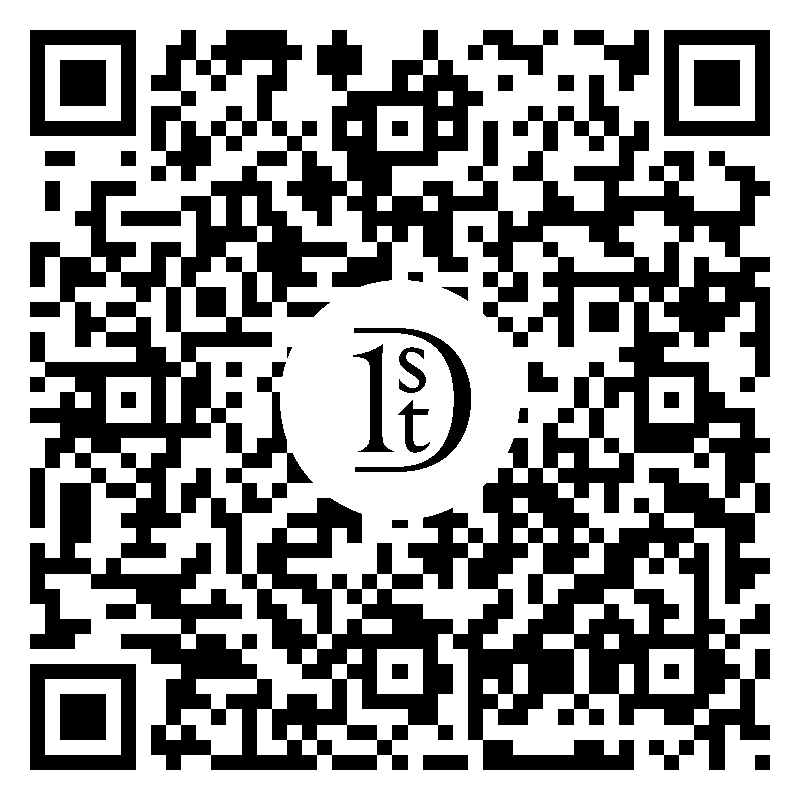 Jim Dine (b.1937) A smaller fortress 1981 oil on board 91.5 x 122.2 cm signed, titled and dated ‘A smaller fortress Jim Dine 1981’ (on the verso) Price: £155,400 GBP (inc. 5% UK import VAT) Provenance: Private collection, Japan Sale: The Market Auction Inc. Japan, 25 October 2007, lot 113 Private collection, Hong Kong Notes: Though he never considered himself to be a part of the Pop Art movement, American artist Jim Dine has often exhibited among some of the greatest Pop artists of the 21st century including Andy Warhol and Roy Lichtenstein. His use of brilliant, saturated colours and harsh black outlines to depict hearts, tools, cartoon characters and other symbols of personal significance recall Warhol's multi-coloured silkscreen prints of celebrities. Dine is also occasionally considered to have been a part of the Neo-Dada movement because of his use of collage and assemblage. Born on the 16th of June 1935, Dine received his BFA from the University of Ohio in 1957. Following his graduation, he moved to New York where he first earned the respect of the art world with his Happenings. The result of a collaboration with artists Claes Oldenburg and Allan Kaprow, in conjunction with musician John Cage, the Happenings were chaotic performances that provided a stark contrast with the sombre mood of the expressionists popular in the New York art world at the time. In 1962 Dine's work was included in the historically significant and ground-breaking New Painting of Common Objects exhibition curated by Walter Hopps at the Norton Simon Museum alongside Wayne Thiebaud and Ed Ruscha. This exhibition is considered one of the first Pop Art exhibitions in America. These painters started a movement during a time of social unrest that shocked America and the art world. The Pop Art movement fundamentally altered the nature of modern art. In the early 1960s, Dine began attaching objects like paint cans, paint brushes, screwdrivers, and other tools of autobiographical significance, to his canvases. These provided commercial as well as critical success, but left Dine unsatisfied. In September 1966, the police raided an exhibition of his work displayed at Robert Fraser Gallery in London. Twenty of his works were seized. Under the Obscene Publications Act of 1959, Dine's work was found to be indecent, but not obscene, and Fraser was fined 20 guineas. The following year Dine moved to London and continued to be represented by Fraser, spending the next four years developing his art there. Returning to the United States in 1971, he focused on several series of drawings. From 1976, Dine was represented by The Pace Gallery. In the 1980s, sculpture resumed a prominent place in his art. Since then there has been an apparent shift in the subject of his art from man-made objects to nature. Dine's work is part of numerous public collections including the British Museum, the Centre Georges Pompidou, the Hirshhorn Museum and Sculpture Garden in Washington D.C., the Metropolitan Museum of Art NY, the Museum of Modern Art NY, the San Francisco Museum of Modern Art, Tate Modern. Categories: A smaller fortress, Jim Dine, hearts, contemporary, painting, american, pop art, oil painting, painting, design, decorative, heart, authentic, original, impasto, abstract, neo-dada, orange, red, blue, green, colours, colors, colorful, colourful, expressionist, expressionism, new york, walla walla

About the Seller
5.0
Located in London, United Kingdom
Recognized Seller
These prestigious sellers are industry leaders and represent the highest echelon for item quality and design.
Established in 2006
1stDibs seller since 2020
13 sales on 1stDibs
Typical response time: 14 hours
More From This Seller

Coyote (Highway 380)
By Mary Vernon
Located in Dallas, TX
"In the world of still life and landscape, conceptual events meet one another – the structural meets the narrative, the small stands in the space of the large, and color has a chance...
Category

$6,000
Still Life with Tiger and Fox
By Mary Vernon
Located in Dallas, TX
"In the world of still life and landscape, conceptual events meet one another – the structural meets the narrative, the small stands in the space of the large, and color has a chance...
Category

$6,000
Bamboo with a Bust of Henry VIII
By Mary Vernon
Located in Dallas, TX
"In the world of still life and landscape, conceptual events meet one another – the structural meets the narrative, the small stands in the space of the large, and color has a chance...
Category

Mary Vernon
Bamboo with a Bust of Henry VIII, 2014

$2,500
The Quantocks From Crowcombe, an abstract landscape oil painting, diptych
By Lisa Takahashi
Located in Deddington, GB
Painted in Spring 2018, this is a ‘Plein Air’ oil painting on 2 boards by Lisa Takahashi. The artist moved to rural Somerset in late 2017 and has been inspired to paint out of doors ...
Category

$966
Rudder Stern Section and Quarterdeck diptych -contemporary grey mixed media
By Russell Frampton
Located in London, GB
”Nautical and maritime themes have often resurfaced in my work mainly because of associations with my childhood, being brought up on the River Hamble within a stones throw from the b...
Category

Jean Michel Basquiat
"Ligaments of the Elbow" plate from the Anatomy Series", 1984