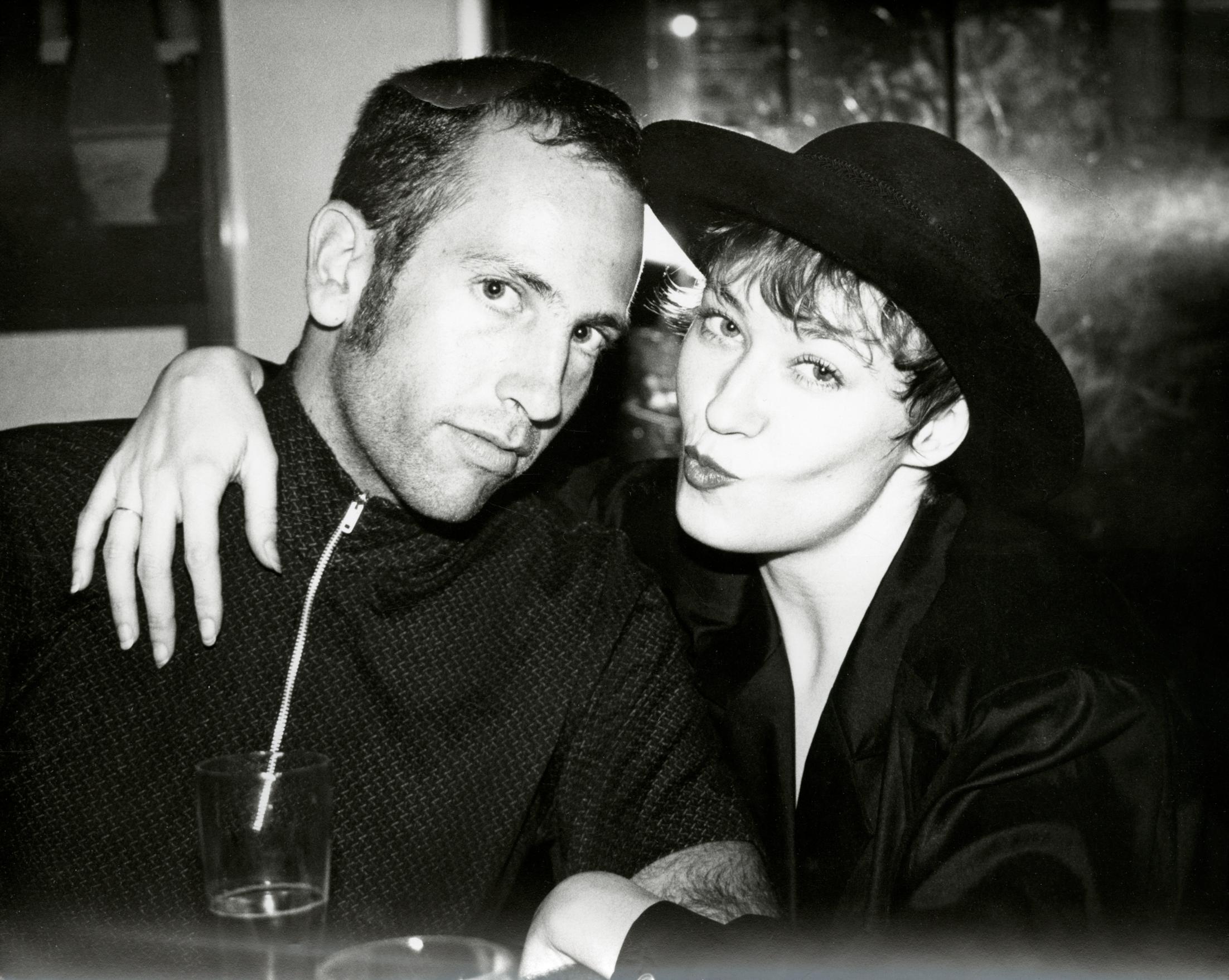 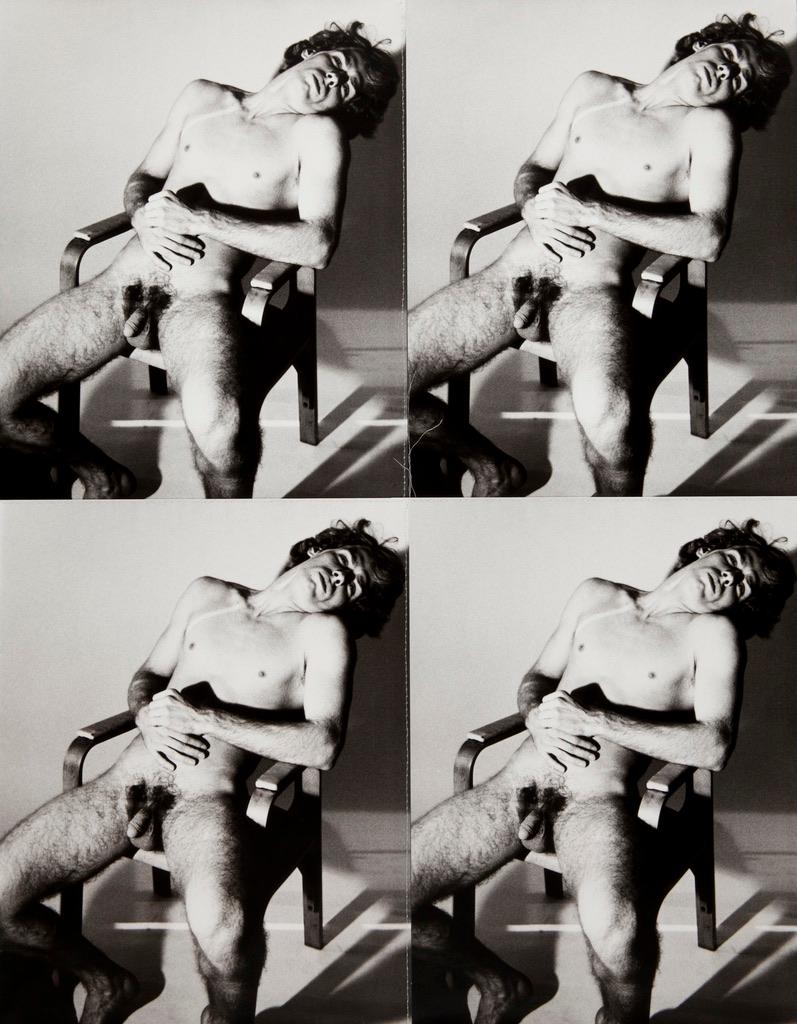 Andy Warhol - Andy Warhol, Photograph of a Male Model at The Factory circa 1980 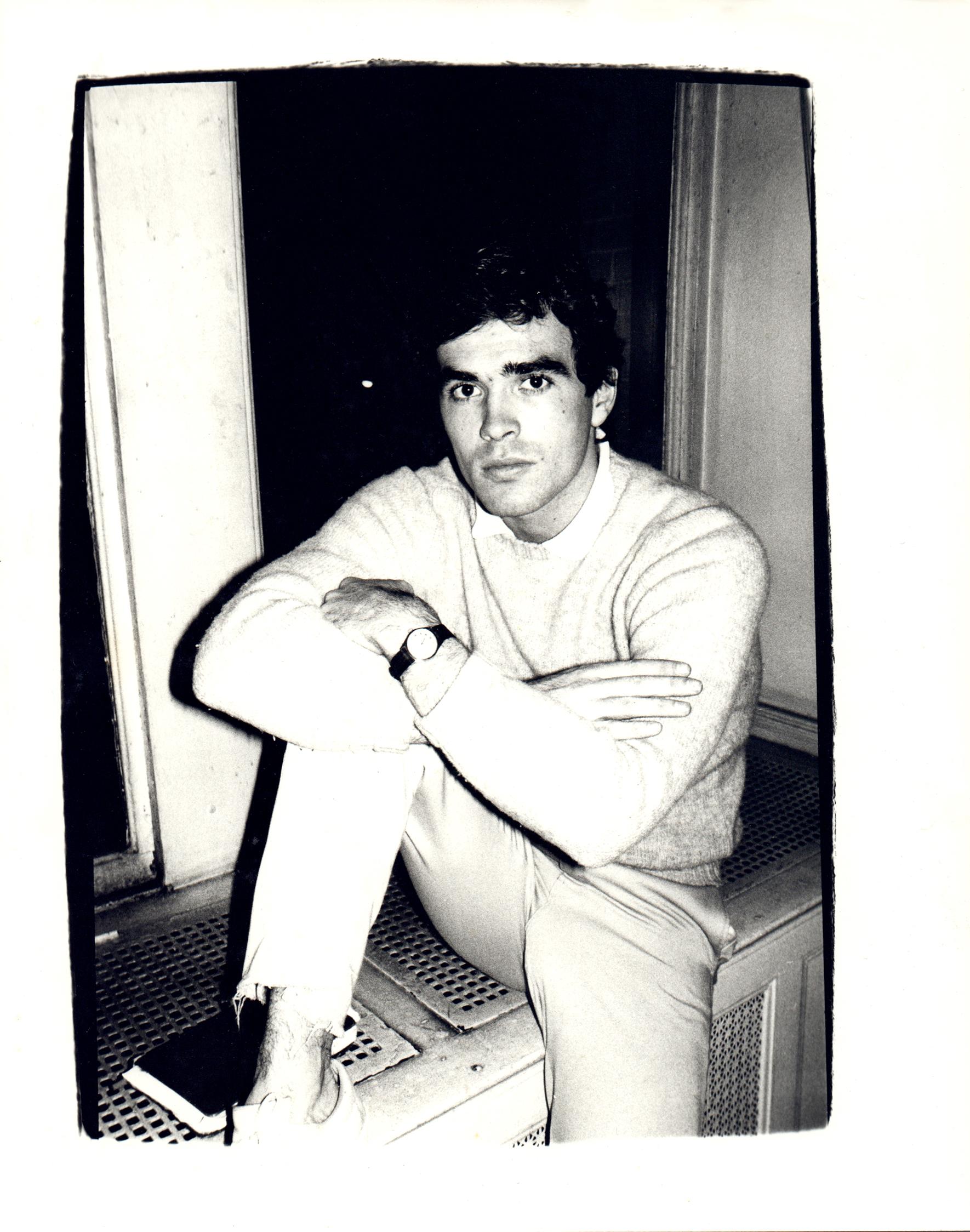 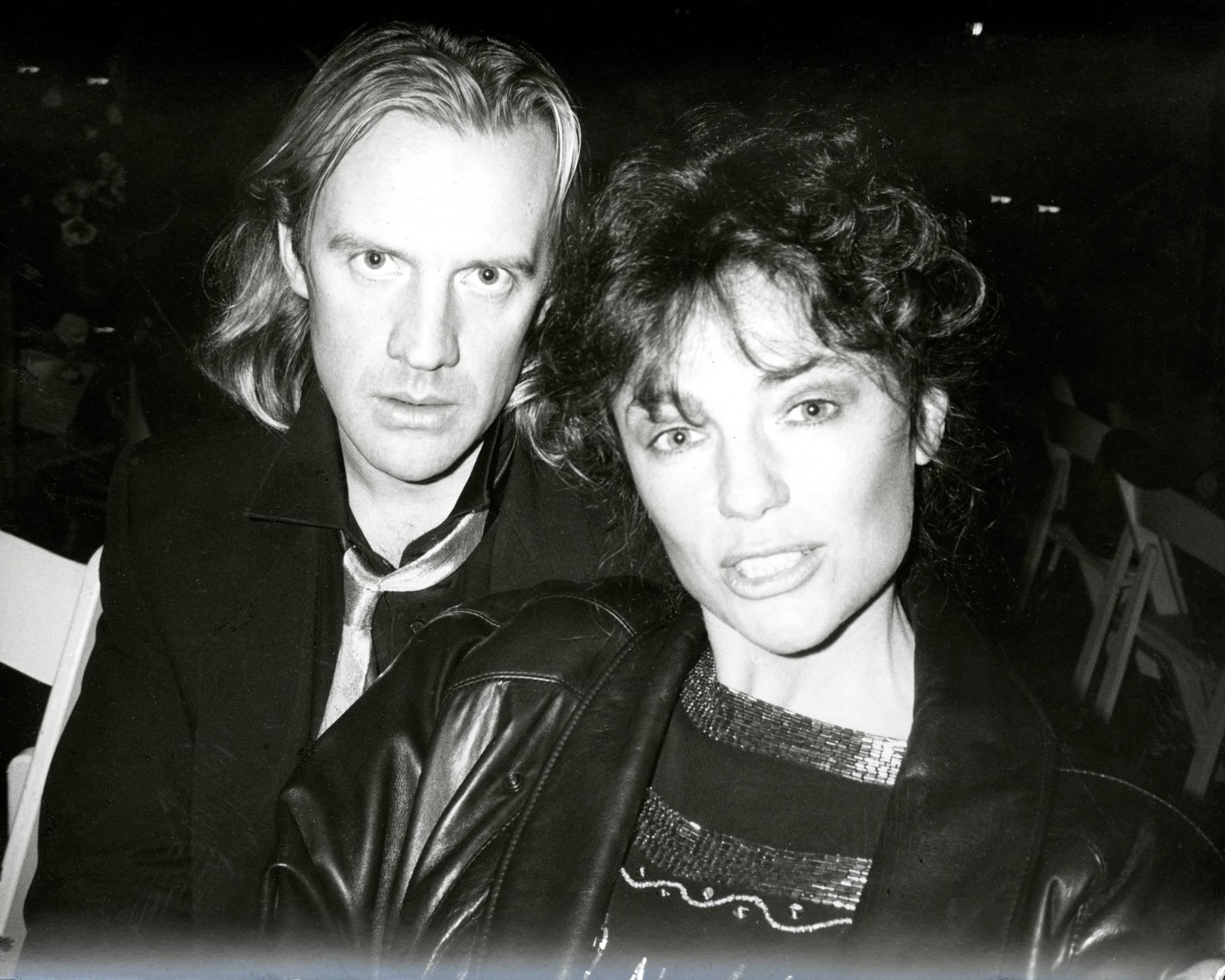 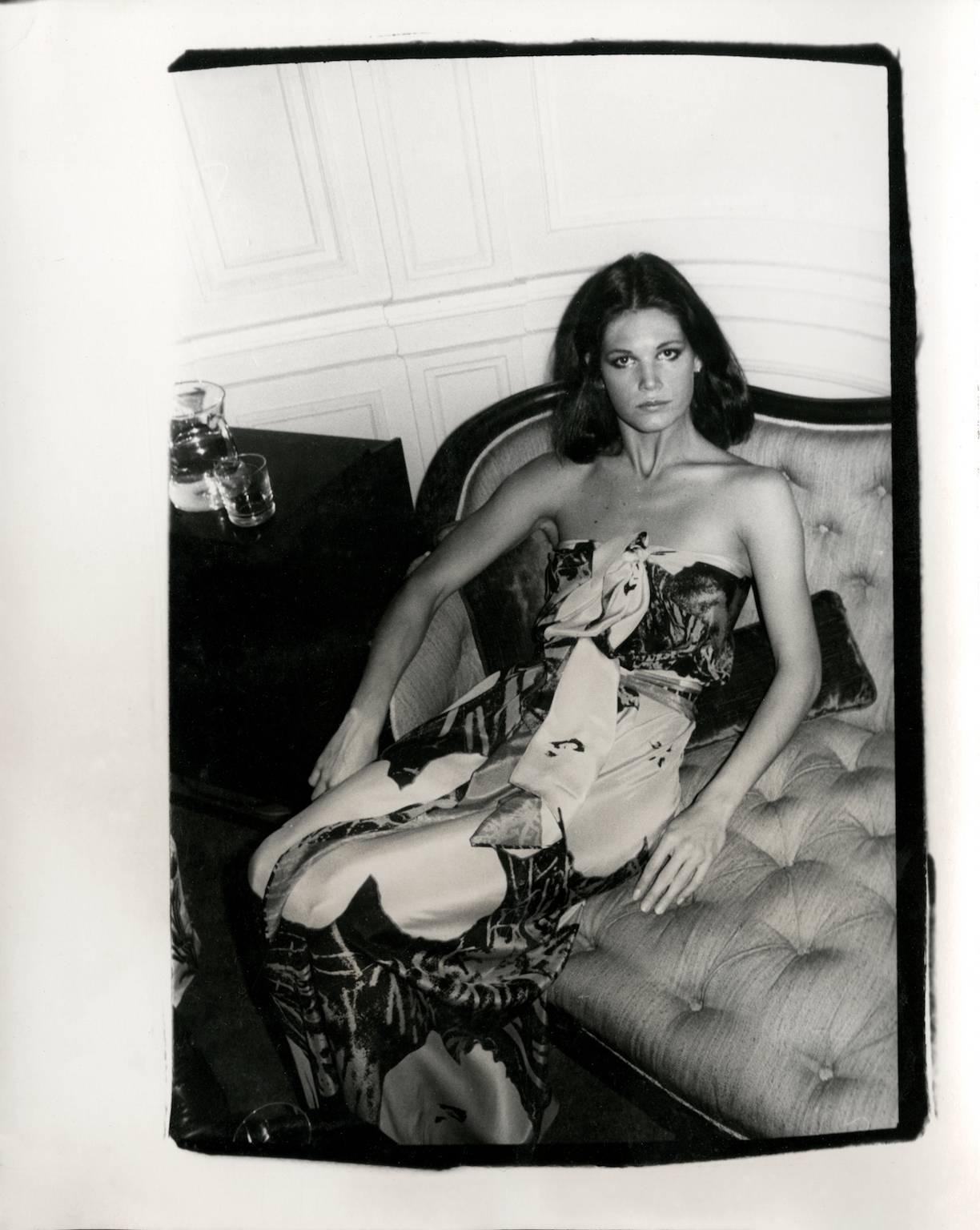 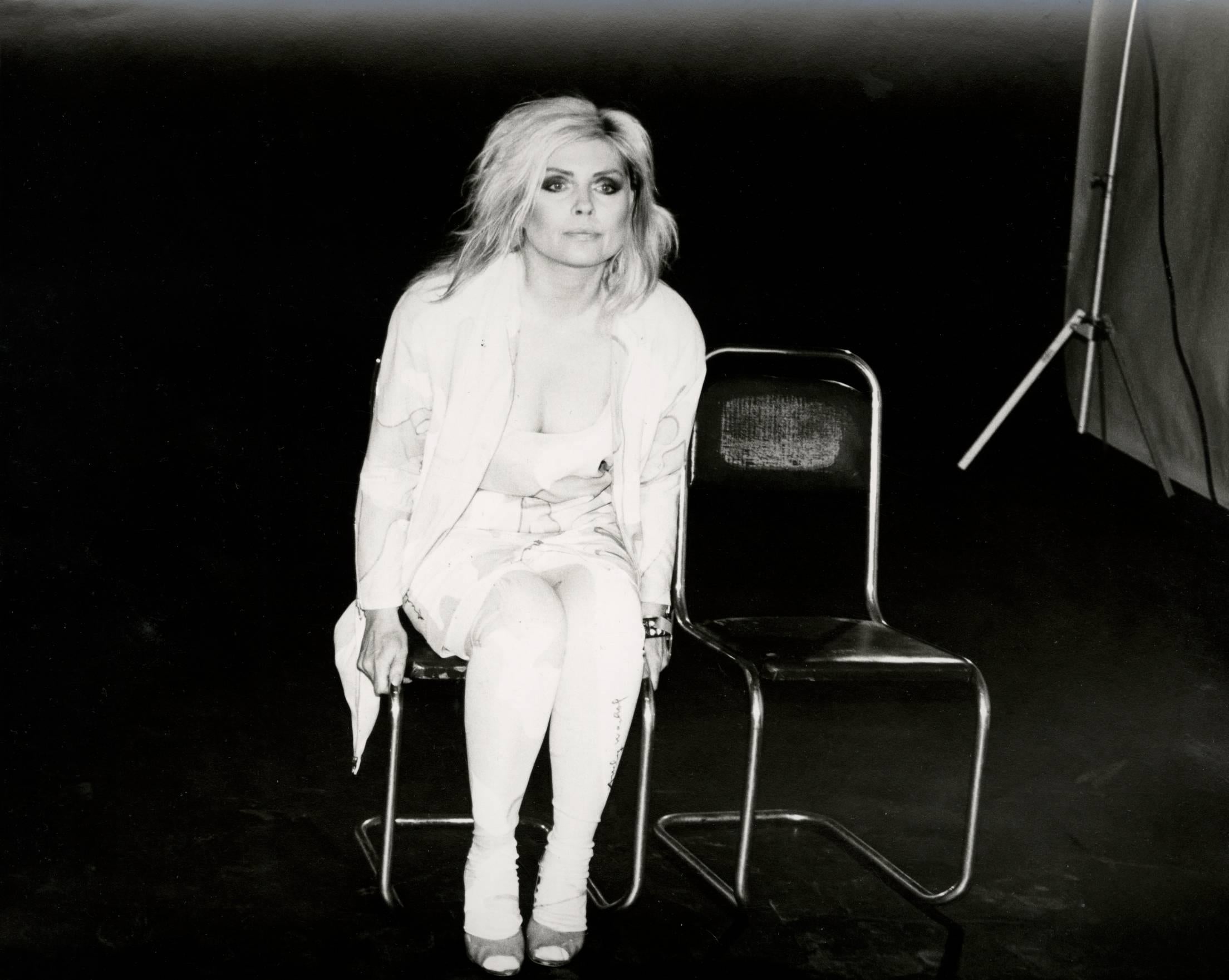 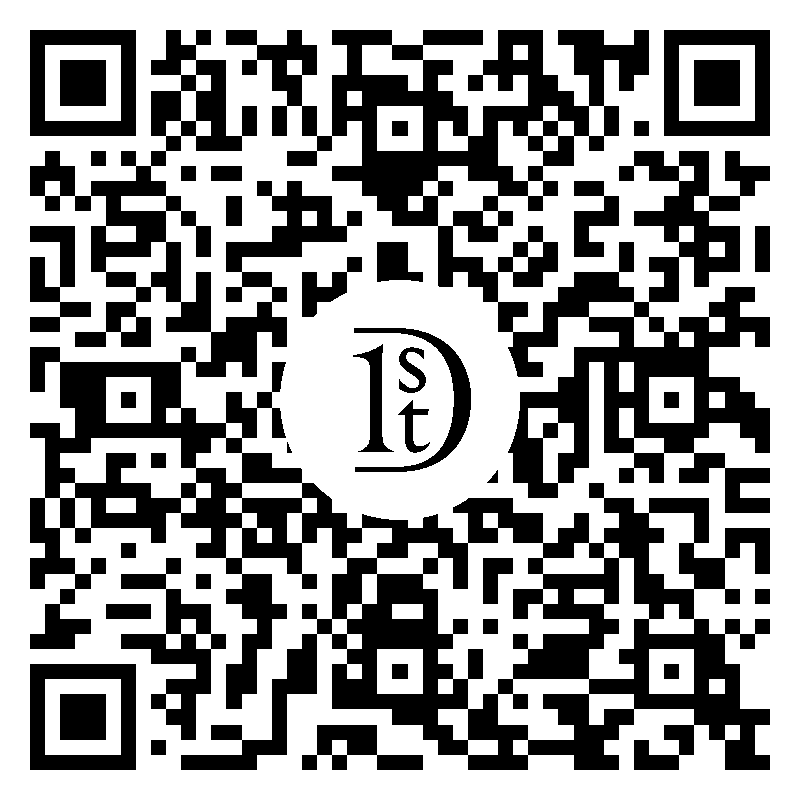 Jean-Michel Basquiat first attracted attention for with graffiti work on the Lower East Side of Manhattan in the late 1970s. Basquiat first met Andy Warhol in 1980. At this point, Pat Hackett had been working for Warhol for about a decade already. This was also the year Hackett and Warhol published Popism: The Warhol Sixties. As two valuable additions to The Factory, Hackett and Basquiat most likely spent a good amount of time together. Henry Geldzahler was the first curator of 20th century art at the Metropolitan Museum of Art in New York. In 1969, he curated a landmark exhibition called New York Painting and Sculpture: 1940-1970. He is known for having befriended the artists he worked with, such as Jasper Johns, Willem de Koonig, Andy Warhol, and, eventually, Jean-Michel Basquiat. Geldzahler and Basquiat first met in a restaurant when Basquiat tried to show the curator his early work. In an interview in 1983 for Interview Magazine, Basquiat said of the meeting, “I was selling these postcards, and somebody told me you [Geldzahler] had just gone into the restaurant. It took me about 15 minutes to get up the nerve to go in there. I went in and you said, ‘Too young.’ And I left.”  – Pat Hackett, editor of The Warhol Diaries Published in "America Andy Warhol" a book which highlights Warhol's most famous photographs. Image dimensions: 10 x 8 in. Framed dimensions: 18.125 x 16.625 in. Work is framed to archival standards by Handmade Frames of Brooklyn, New York. Stamped on verso by Andy Warhol Foundation for the Visual Arts. Foundation number also on verso. This is a unique work. Work comes with an authentication letter from the Andy Warhol Art Authentication Board. Stamped on verso by the Andy Warhol Art Authentication Board Provenance: From the artist to Pat Hackett to the current owner The purchaser is acquiring ownership rights only of the physical work of art described herein, and that this transfer of ownership of the physical work of art does not convey to the purchaser any copyright or reproduction rights except (a) the right to display the physical work of art and (b) reproduce the work only in an exhibition catalog relating to exhibit of the work, and in no other medium. Any other use of the work of art is absolutely prohibited without prior written consent of the Andy Warhol Foundation for the Visual Arts, which may be withheld in its absolute discretion. Shipping, tax, and service quoted by seller. 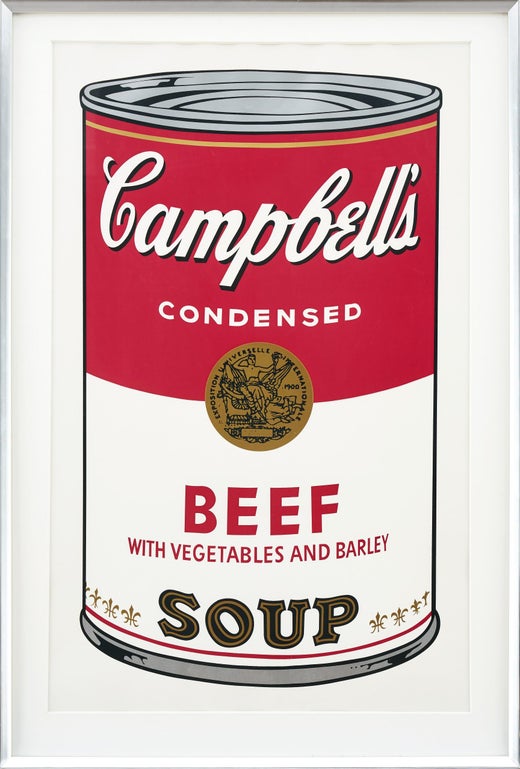 The name of American artist Andy Warhol is all but synonymous with Pop art, the movement he helped shape in the 1960s. He is known for his clever appropriation of motifs and images from popular advertising and commercials, which he integrated into graphic, vibrant works that utilized mass-production technologies such as printmaking, photography and silkscreening. Later in his career, Warhol expanded his oeuvre to include other forms of media, founding Interview magazine and producing fashion shoots and films on-site at the Factory, his world-famous studio in New York.Born and educated in in Pittsburgh, Warhol moved to New York City in 1949 and built a successful career as a commercial illustrator. Although he made whimsical drawings as a hobby during these years, his career as a fine artist began in the mid-1950s with ink-blot drawings and hand-drawn silkscreens. The 1955 lithograph You Can Lead a Shoe to Water illustrates how he incorporated in his artwork advertising styles and techniques, in this case shoe commercials.As a child, Warhol was often sick and spent much of his time in bed, where he would make sketches and put together collections of movie-star photographs. He described this period as formative in terms of his skills and interests. Indeed, Warhol remained obsessed with celebrities throughout his career, often producing series devoted to a famous face or an object from the popular culture, such as Chairman Mao or Campbell’s tomato soup. The 1967 silkscreen Marilyn 25 embodies his love of bright color and famous subjects.Warhol was a prominent cultural figure in New York during the 1960s, ’70s and ’80s. The Factory was a gathering place for the era’s celebrities, writers, drag queens and fellow artists, and collaboration was common. To this day, Warhol remains one of the most important artists of the 20th century and continues to exert influence on contemporary creators.Find a collection of original Andy Warhol art on 1stDibs.
About the Seller
5 / 5
Located in Los Angeles, CA
Recognized Seller
These prestigious sellers are industry leaders and represent the highest echelon for item quality and design.
Established in 2012
1stDibs seller since 2018
35 sales on 1stDibs
Typical response time: 1 to 2 days
More From This Seller

$16,000
Keith Haring
By Andy Warhol
Located in Palm Desert, CA
A photograph by Andy Warhol. "Keith Haring" is a black and white silver gelatin print by pop artist Andy Warhol. It is numbered FL05.05525 and AWL136. The work is unsigned. Andy Warh...
Category

$20,000
Bianca Jagger on Horseback, Studio 54
By Andy Warhol
Located in Greenwich, CT
Unique. Annotated in red wax pencil marks indicating that it was used in a layout of Interview Magazine. The work is stamped on verso by The Estate of Andy Warhol and The Andy Warhol...
Category