In 1967, artist Sol LeWitt wrote that in “Conceptual art the idea or concept is the most important aspect of the work.” He was giving a name to an art movement that had emerged in the 1960s in which artists were less focused on their medium being something traditionally “artistic” and instead engaged in using any object, movement, form, action or place to express an idea.

LeWitt’s work was featured alongside an assemblage of notes, drawings and outlines by other artists in “Working Drawings and Other Visible Things on Paper Not Necessarily Meant to Be Viewed as Art,” a groundbreaking show at New York City’s School of Visual Arts curated by Mel Bochner, another leading exponent of Conceptualism. Building on radical 20th-century statements, like Fountain (1917) by French artist Marcel Duchamp, Conceptual artists around Europe and North and South America were not interested in the commercial art scene and rather directly challenged its systems and values.

Stretching into the 1970s, this movement has also been called Post-Object art and Dematerialized art. Conceptual art reflected a larger era of social and political upheaval. Pieces associated with the style range from Roelof Louw’s Soul City (Pyramid of Oranges) (1967) — a work of installation art that sees fresh oranges stacked into a pyramid from which visitors are allowed to take one orange away — to On Kawara’s “Today” series, which saw the Japanese artist carefully painting a date in white acrylic on canvases consisting of a single color from 1966 to his death in 2014. Artists such as Ed Ruscha, who created the Twentysix Gasoline Stations book — a collection of photos of gas stations that is widely said to be the first modern artists’ book — made photography a major platform for Conceptual art, as did Bruce Nauman, who burned one of Ruscha's books and then photographed it for his own.

Conceptual art’s legacy of questioning artistic authorship, ownership and how to work with complex ideas of space and time had a significant influence on the decades of culture that followed, and it continues to inform art today.

The collection of Conceptual photography, paintings and sculptures on 1stDibs includes artworks by John Baldessari, Jenny Holzer, Lawrence Weiner, Joseph Kosuth and others. 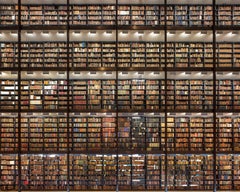 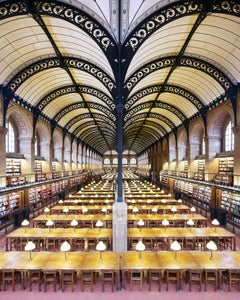 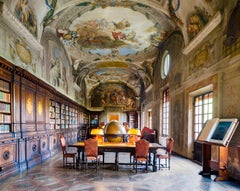 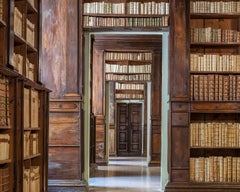 Palazzo Zenobio I
By Reinhard Görner
Located in Los Angeles, CA
signed and numbered on label, verso Reinhard Görner, with his large format photographs orchestrates the monumentality of historical architecture, gardens, and masterpieces. An act...
Category

Twilight's 034, Danse Macabre - A skeletal Oak tree - Landscpae
Located in London, GB
A skeletal oak, starved of light by the surrounding fir trees still holds its twisted limbs up towards the light as if frozen in its death throes. "I want to bring a sense of unfami...
Category

Palm Springs 8
By Vanessa Marsh
Located in Sante Fe, NM
Further to Fly is a series of Wet Plate Collodion Photograms that continues in my practice of using drawings on mylar layered with light-sensitive materials in the darkroom to create...
Category

Palm Springs 7
By Vanessa Marsh
Located in Sante Fe, NM
Further to Fly is a series of Wet Plate Collodion Photograms that continues in my practice of using drawings on mylar layered with light-sensitive materials in the darkroom to create...
Category

Palm Springs 1
By Vanessa Marsh
Located in Sante Fe, NM
Further to Fly is a series of Wet Plate Collodion Photograms that continues in my practice of using drawings on mylar layered with light-sensitive materials in the darkroom to create...
Category

Sogni #1, mosaic of Polaroid, Skyscapes, Representations of Architecture
Located in Milano, IT
The mosaic, composed of unique polaroids taken in the same places at different moments of time, consists of a reflection on time and space issues through the polaroid medium. As a s...
Category

Modena
Located in Milano, IT
Original C-Print from negative 24 x 36 mm, part of the Cantergiani Portfolio, ed. 15/170. Mounted on the original passe-partout cm 32x32, the work is signed and dated lower right. B...
Category