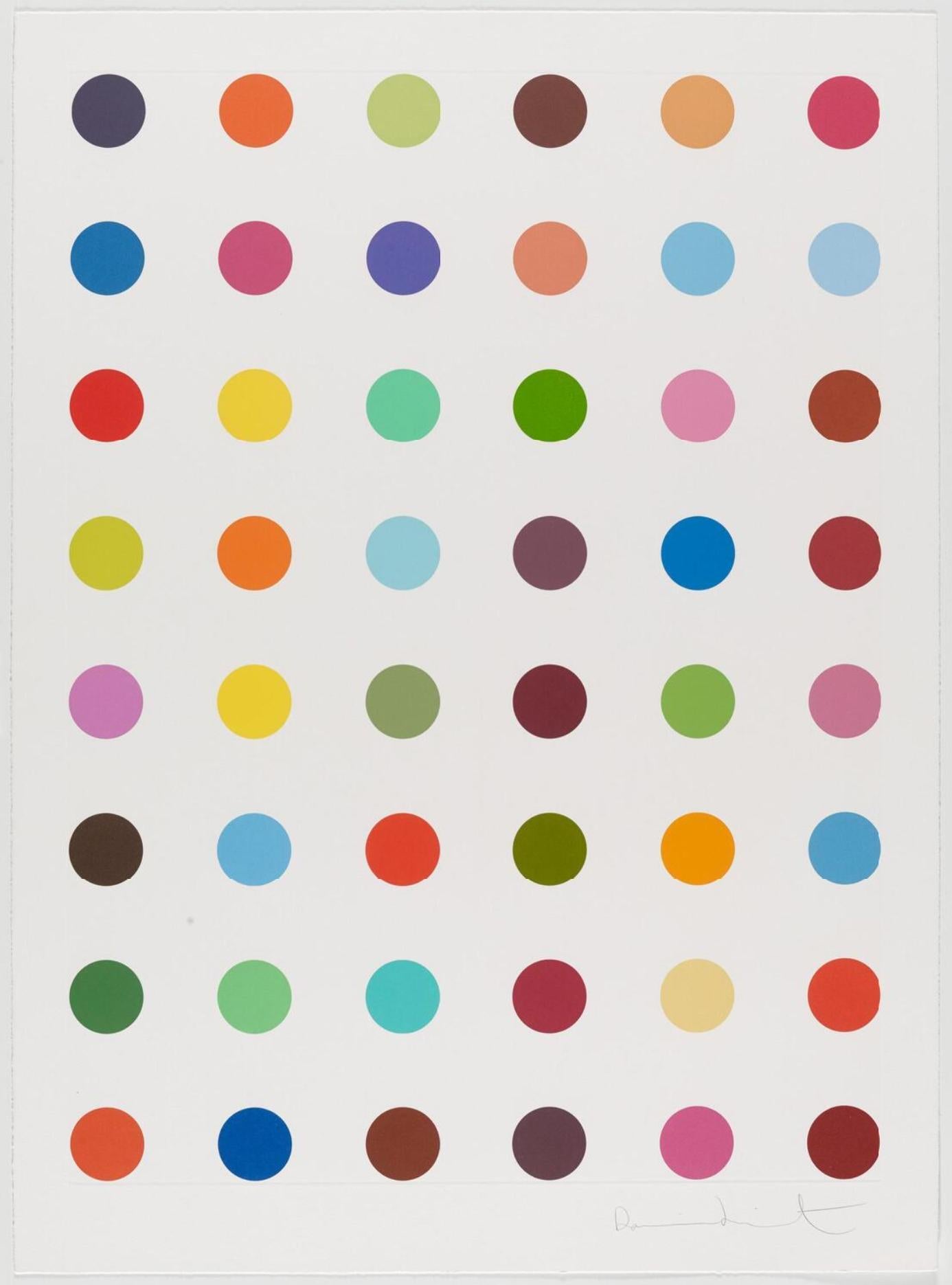 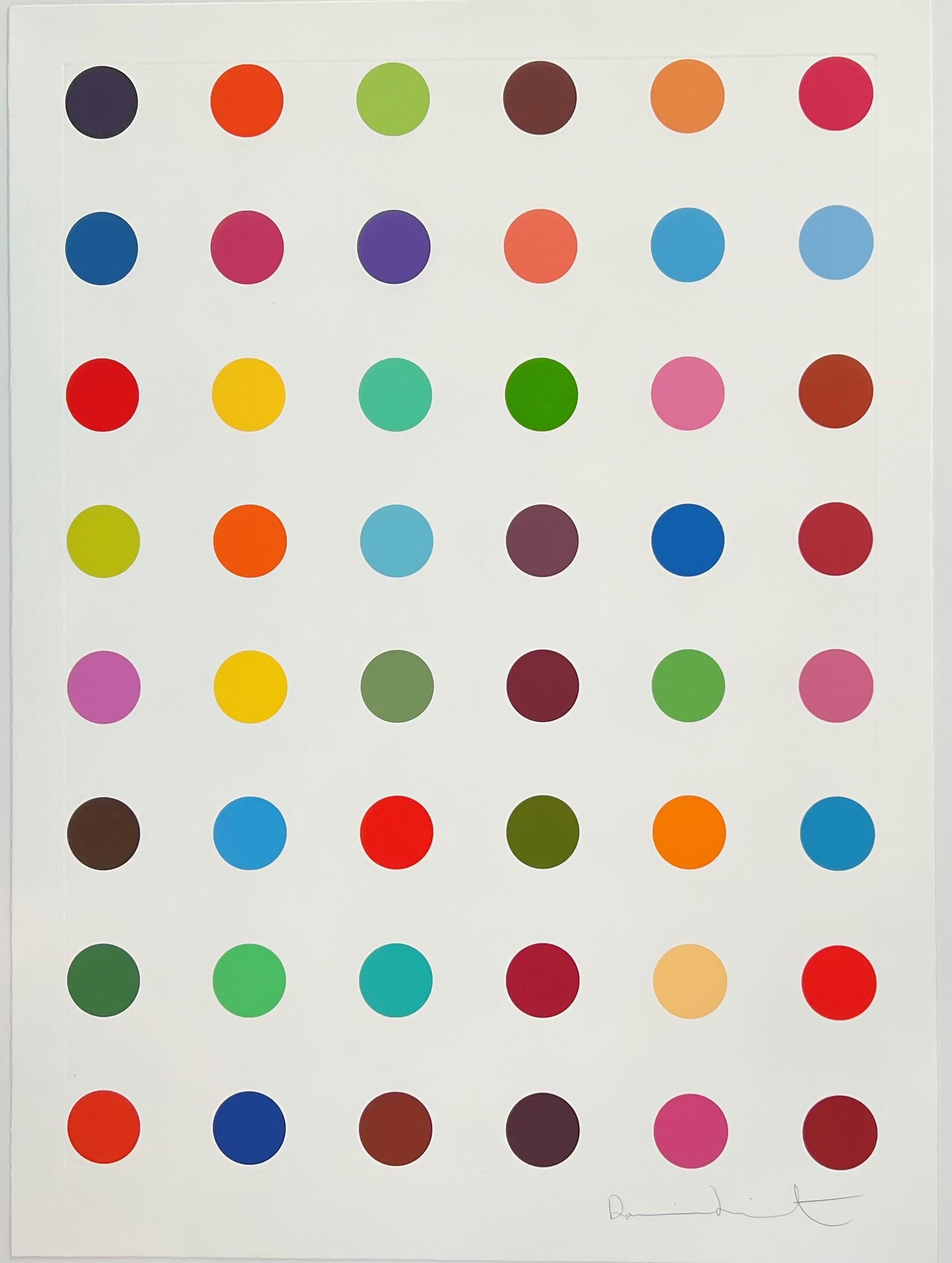 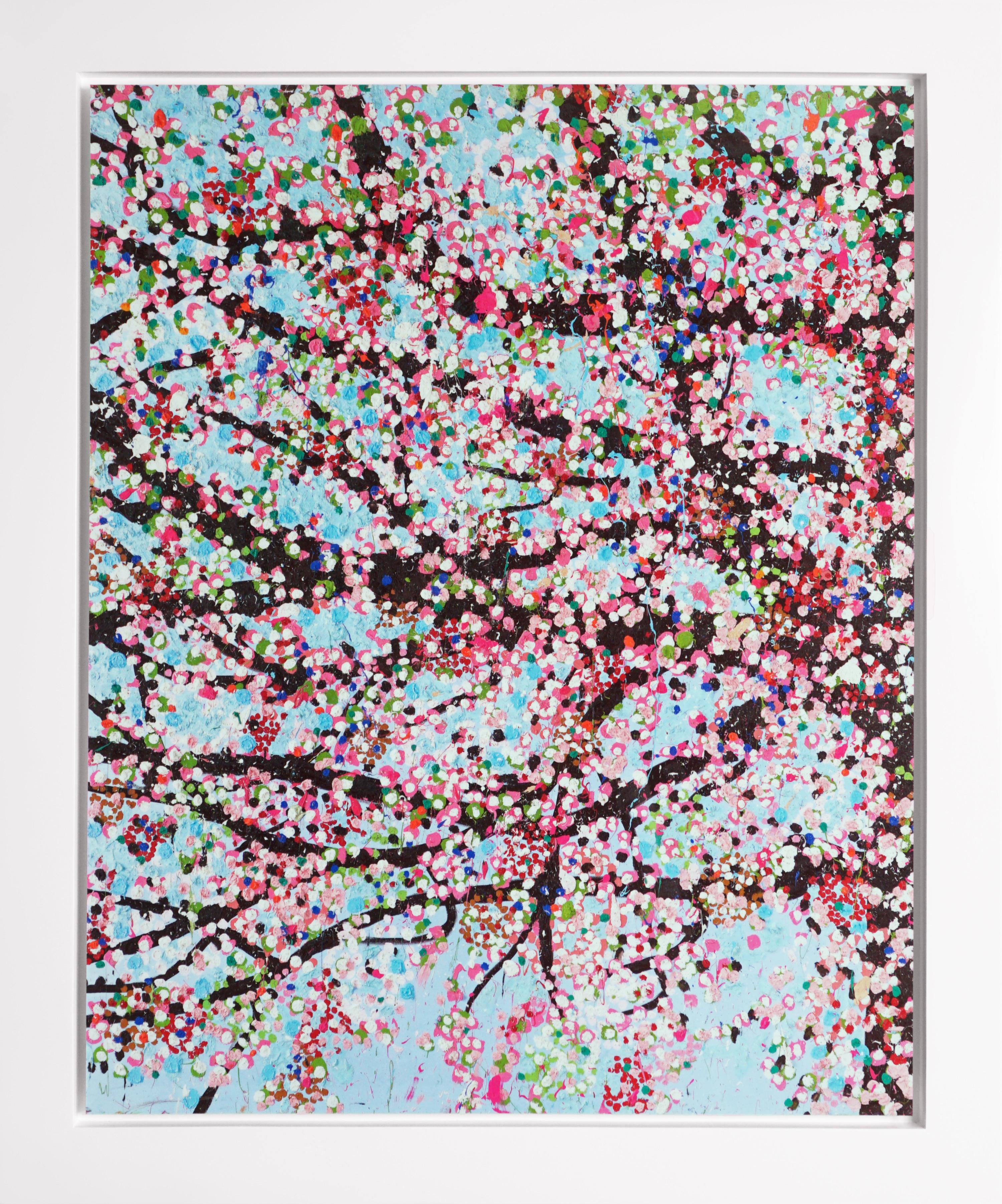 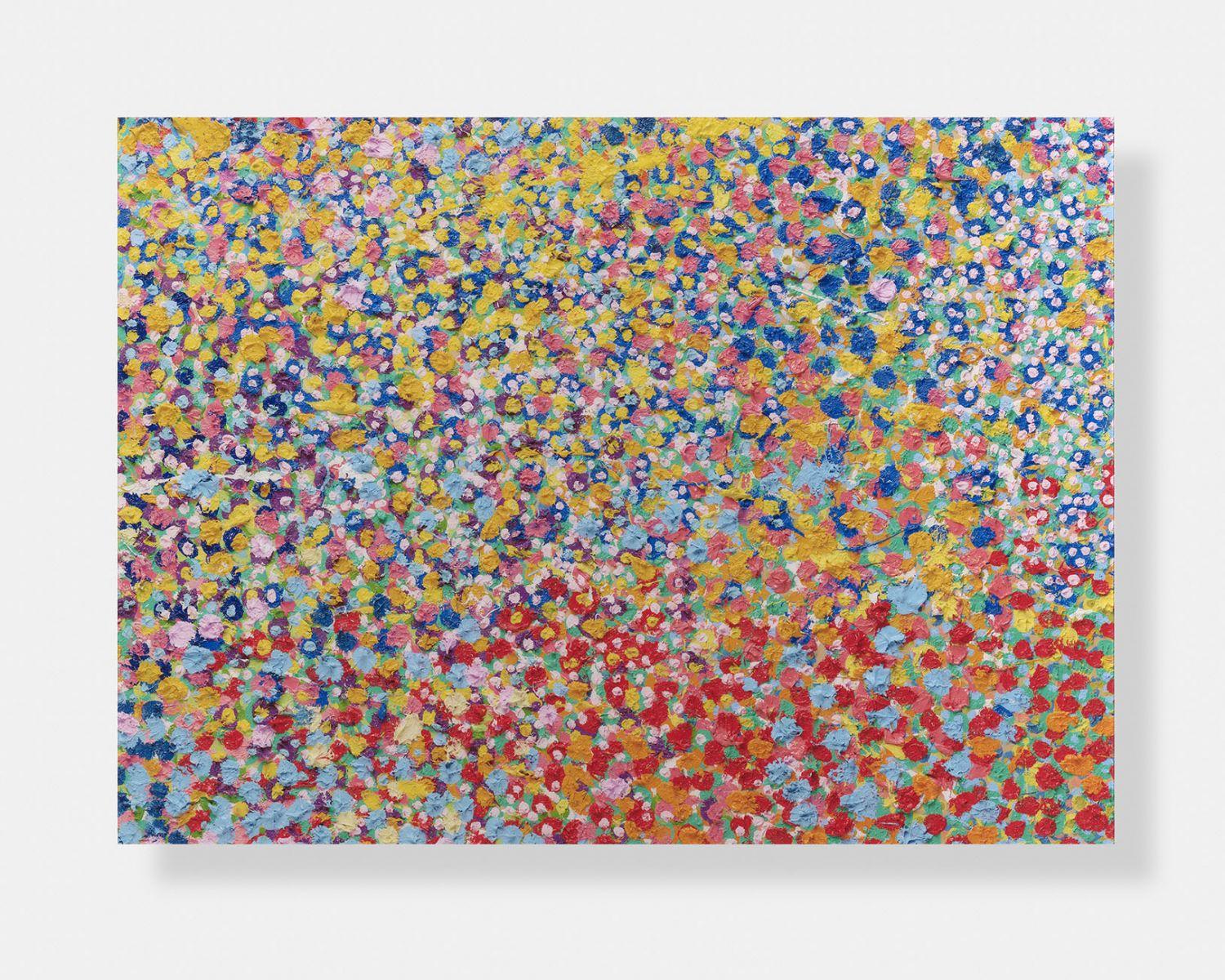 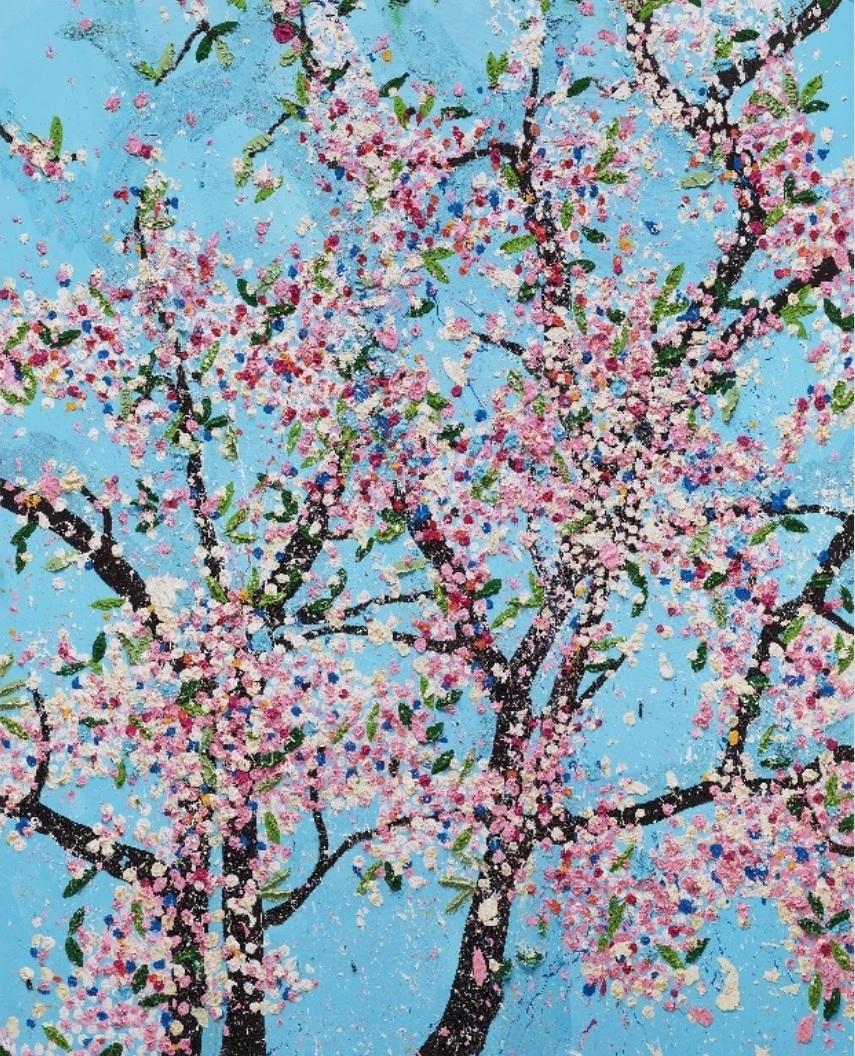 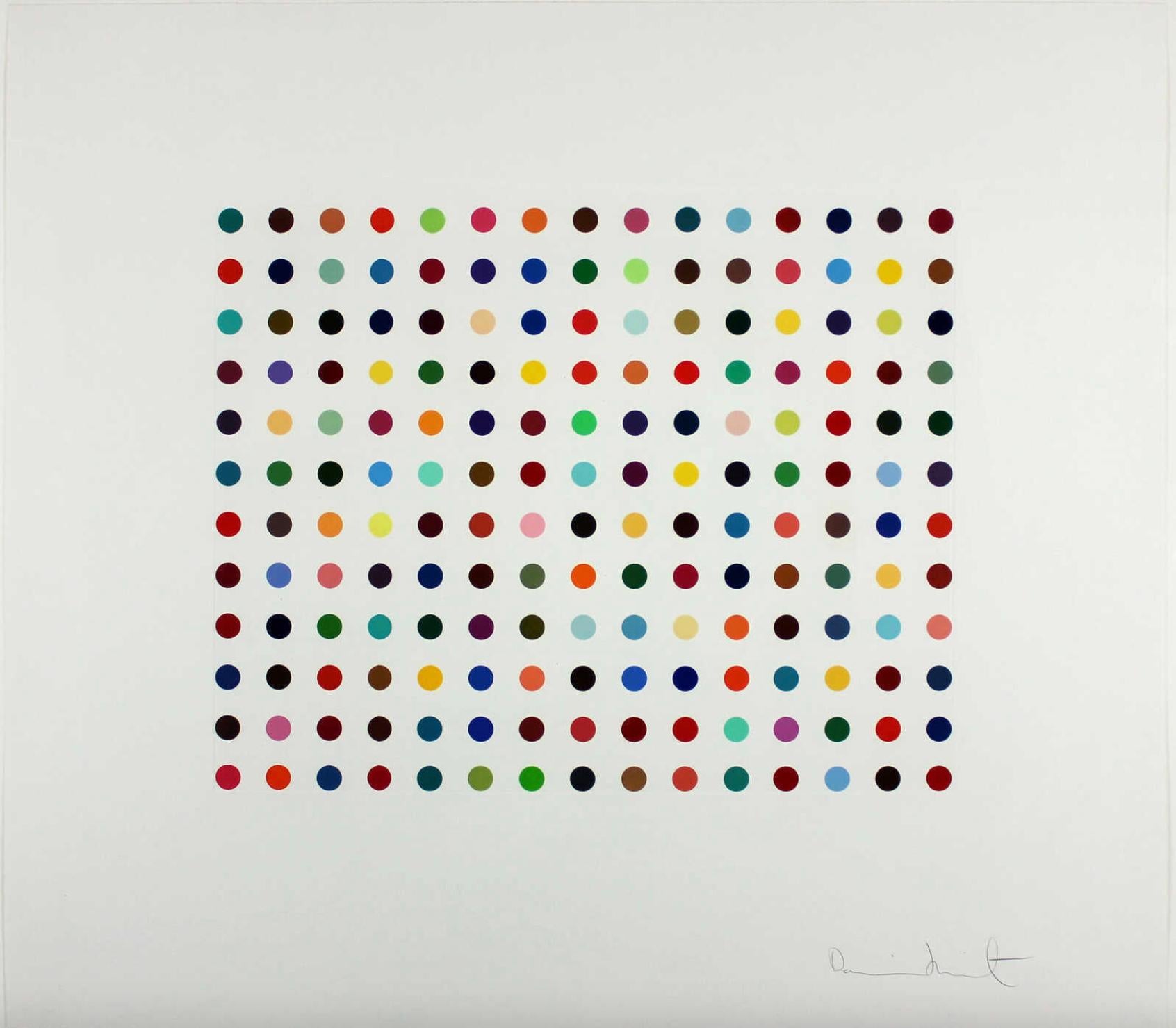 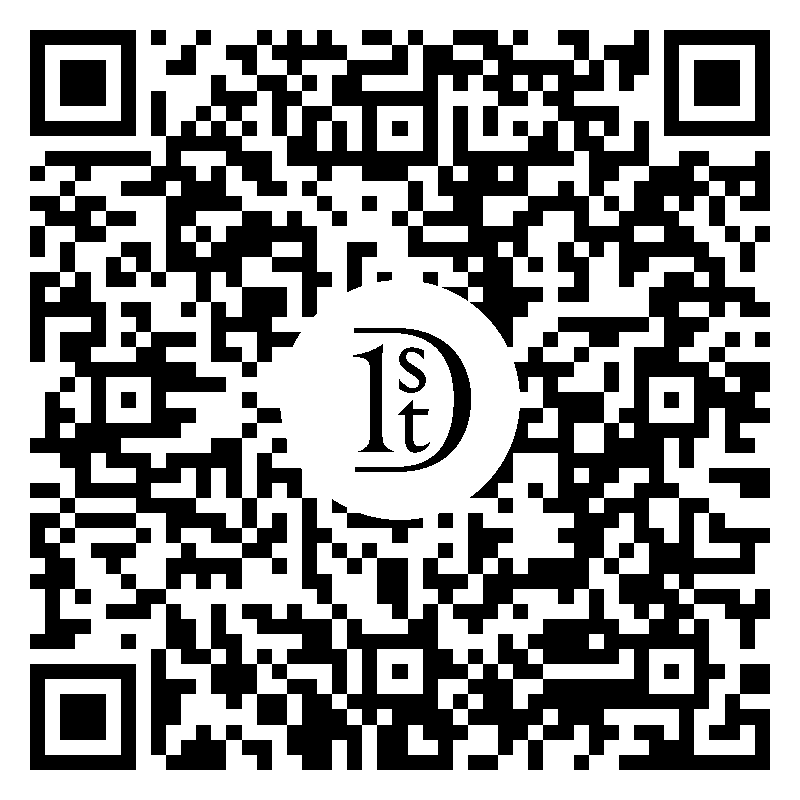 Forever (large) - Damien Hirst, Contemporary Art, 21st Century, YBAs, Colorful, Giclée Print, Brush Stokes, Paint, Glossy, Limited Edition Laminated Giclée print on aluminium composite panel Edition of 1449 Signed and numbered on label on the verso In mint condition, as acquired from the publisher and in the original packaging With Certificate of Authenticity PLEASE NOTE: Edition numbers could vary from the one shown in the images. This edition of Forever features bright, abstract details from Damien Hirst’s new series of paintings titled Cherry Blossoms. Here, Hirst reinterprets the traditional subject of landscape painting on a monumental scale, entirely covering the surface of the works with bright colours that stretch the boundaries between figuration and abstraction. The vibrant works pay homage to the Pointillism and Impressionism art movements. With the Cherry Blossoms series Hirst bridges his explorations and examination of colour as well as its effect on the eye, where movement and dynamicity of colour have been composed freely and joyously by the British artist. “The Cherry Blossoms are about beauty and life and death. They’re garish and messy and fragile and about me moving away from Minimalism and the idea of an imaginary mechanical painter and that’s so exciting to me.” —Damien Hirst This limited fine art edition is technically created by a bright Laminated Giclée print on aluminium composite panel, comes in two sizes and was realized in collaboration with Fondazione Prada to support Save the Children Italia. Hirst has taken existing imagery from his Cherry Blossoms and transposed it into a print, depicting a close up of the densely layered impasto structure, as well as colourful dabs of paint from sections of the large-scale canvases, one can see Hirst's thick brushstrokes and trace the movement of his gestural action painting through the surface. DAMIEN HIRST The Turner prize winner and epicenter of the YBA movement. Hirst's emblematic art of our era revolutionizes the art market. Hirst is widely regarded as one of the most important artists working today, creating truly iconic artworks. A genuine star of the Young British Artists (YBA) movement, Damien Hirst has always made a point of mixing up different media. Whether as a sculptor, an installation artist, a painter, or a printmaker, Hirst has produced many of the most spectacular and widely discussed works in recent years and helped to revolutionize the art market. Damien Hirst’s, For the Love of God, the diamond-encrusted replica of the skull of a thirty-five-year-old man from the thirteenth century, broke all records to become the most expensive contemporary artwork in the world. Damien Hirst´s artworks are truly emblematic icons of our era, with their recurring motives such as dots, butterflies, cows, sharks, skulls, pills, and pharmacy cabinets. “I do believe art is more powerful than money, though. I still believe that. And if I ever find out money's more important, I'll knock it on the head.”—Damien Hirst His works, captivating and intense as they are, challenge our stereotyped concepts and beliefs. Damien Hirst’s shark, suspended in formaldehyde, The Physical Impossibility of Death in the Mind of Someone Living (1991), is widely recognized, as are his real butterflies suspended in paint or thousands of butterfly wings arranged in a mandala-like pattern – the famous Damien Hirst butterfly paintings. Since 1986 he has been producing the Spot paintings (sometimes called Dot Paintings), a series of paintings with evocative pharmacological titles, which display lines of colored spots. Damien Hirst´s Spot paintings and his Spin paintings became iconic series. Inspired by such diverse themes as life, death, art, science, and medicine, Damien Hirst’s art takes a direct and challenging approach to ideas about existence. The energy and inventiveness are also to be found in Damien Hirst's prints, which continue to stir controversy within the viewer with the same intensity. 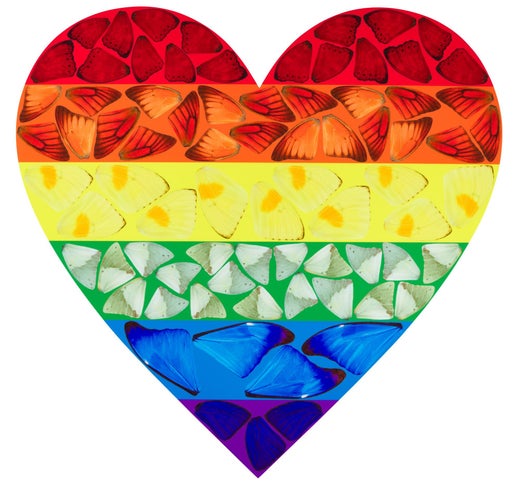 About the Seller
4.8 / 5
Located in Zug, Switzerland
Vetted Seller
These experienced sellers undergo a comprehensive evaluation by our team of in-house experts.
Established in 2014
1stDibs seller since 2021
16 sales on 1stDibs
Typical response time: <1 hour
More From This Seller

Price Upon Request
Cannizaro H4-4 Damien Hirst Contemporary Art Diasec-mounted Giclée Print Street
By Damien Hirst
Located in Atlanta, GA
A veil is a barrier, a curtain between two things, something that you can look at and pass through, it's solid yet invisible and reveals and yet obscures the truth, the thing that we...
Category

$65,000
Fruitful (Small)
By Damien Hirst
Located in New York, NY
Laminated Giclée print on aluminum composite panel with Hirst's printed signature and numbered from an edition of 3308 on the justification label on verso. With the original packaging.
Category