H 24.5 in. W 31.5 in. D 1.5 in.
A Homage to Miro
By (after) Joan Miró
Located in San Francisco, CA
An outstanding vintage 1940s surreal landscape painting. Clearly a homage to the Spanish painter, sculptor and ceramist Joan Miro. The painting has rich texture, color and all of th...
Category

H 24 in. W 16 in. D 2 in.
Untitled Abstract Geometric Painting in the Style of Joan Miro
Located in Houston, TX
Balck, red, and white geometric painting on crinkled paper. The work is signed by the artist in the bottom corner. It is framed in a black frame with a white matte and a red trim. D...
Category

H 13.19 in. W 20.08 in.
Umbracle
By Joan Miró
Located in Madrid, ES
Lithography on paper Guarro with filigree from the Gaspar Room and signed in pencil by the artist. Exemplary H.C. This copy belongs to the "avant la lettre" print run, the editor be...
Category 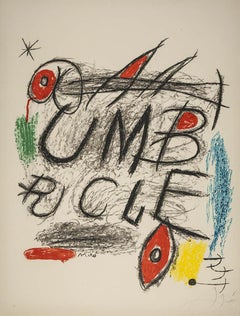 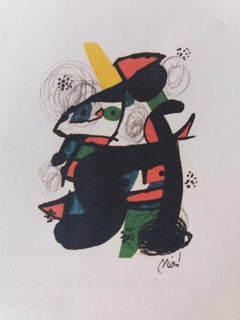 How Much is a Abstract Painting Joan Miro?

The average selling price for an abstract painting joan miro we offer is $900, while they’re typically $354 on the low end and $37,000 for the highest priced.