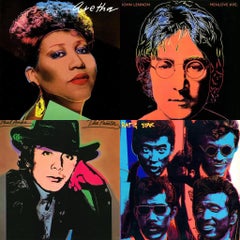 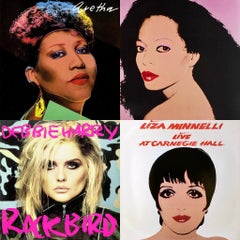 Surely you’ll find the exact andy warhol record you’re seeking on 1stDibs — we’ve got a vast assortment for sale. You can easily find an example made in the Contemporary style, while we also have 1 Contemporary versions to choose from as well. Finding the perfect andy warhol record may mean sifting through those created during different time periods — you can find an early version that dates to the 20th Century and a newer variation that were made as recently as the 21st Century. On 1stDibs, the right andy warhol record is waiting for you and the choices span a range of colors that includes black, white, gray and blue. Finding an appealing andy warhol record — no matter the origin — is easy, but Andy Warhol, (after) Andy Warhol, The Velvet Underground and Kerry Smith each produced popular versions that are worth a look. Artworks like these — often created in offset print, lithograph and screen print — can elevate any room of your home. A large andy warhol record can prove too dominant for some spaces — a smaller andy warhol record, measuring 12 high and 12 wide, may better suit your needs.

How Much is a Andy Warhol Record?

The price for a andy warhol record in our collection starts at $100 and tops out at $775 with the average selling for $180.