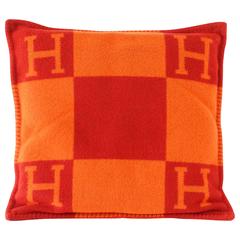 You are likely to find exactly the vintage or contemporary hermes avalon orange throw you’re looking for on 1stDibs, as there is a broad range for sale. Many people prefer Beige, but fashion is all about individuality — you can find Orange, White and more options on these pages. There aren’t many items for women if you’re seeking these accessories, as most of the options available are for men and unisex.

How Much is a Hermes Avalon Orange Throw?