Antonio Scordia was born in Santa Fe, Argentina, in 1918. He was an Italian painter. In 1921, he moved to Rome with his family where he attended The Académie Française. In 1945, he exhibited for the first time in Rome and 1947, he moved to Argentina. In 1949, he went back to Europe, to Paris and London. In 1952, he participated for the first time in the Venice Biennale. During the 1950s and 60s, he participated in various important international expositions. Between 1965–70, he lived in London and collaborated with Federico Fellini for the set design of the Satyricon. In 1976, the first important retrospective exhibition took place at the Palazzo Barberini. During the 1980s he exhibited in Rome and participated in the show Generazione Anni Dieci in Rieti, in the show Index in Paternò and in the show L’Astratto Italiano. Scordia died in Rome in 1988. 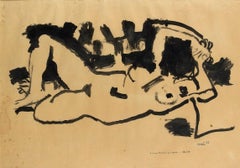 Abstract Composition - Original Etching by Antonio Scordia - 1980 ca.
By Antonio Scordia
Located in Roma, IT
Limited edition of 125 prints, 25 of which in roman numbers.
Category 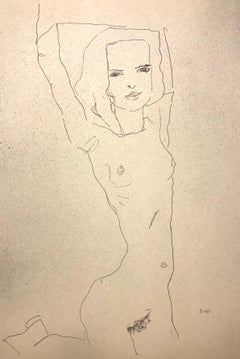