Decades before luxury French jewelry maisons such as Van Cleef & Arpels and Cartier were born, Marie-Étienne Nitot (1750–1809) founded the house that became the internationally esteemed Chaumet, which, for centuries, has created timeless necklaces, watches, tiaras and other jewelry and accessories for royalty as well as Hollywood luminaries.

Before opening his own jewelry house, Nitot worked as an apprentice to Ange-Joseph Aubert, court jeweler to Marie Antoinette, and collaborated on pieces for the Queen. In 1780, he left Aubert’s side to open his own maison. Surviving the upheaval of the French Revolution, Nitot soon found lavish commissions with the new people in power. The Emperor Napoléon Bonaparte longed for France to once again be the epicenter of luxury, making himself the fashionable face of the prospering country. Nitot’s commissions for Napoléon began with the papal tiara for Pope Pius VII that included a 414-carat emerald among its thousands of precious stones and the 1804 coronation sword, a decadent piece that featured the 140-carat Regent diamond. The young jewelry house soon became the official jeweler of the Imperial Court, the personal jeweler of Empress Joséphine and one of the most sought-after jewelers in Europe. Chaumet’s work in this era helped popularize the tiara as a status symbol, with ornate pieces designed for Joséphine and Empress Marie-Louise, Napoléon’s second wife.

After Nitot died in 1809, his son, François-Regnault, took over in 1812 and moved the maison into the Place Vendôme, making it the first business to occupy the Parisian center of luxury. By then, Chaumet had included timepieces in its offerings, such as bracelet watches adorned with precious gemstones and equipped with movements made by Breguet (which opened a shop on Place Vendôme in 1933).

After the fall of the Napoléon Empire, successors Jean-Baptiste and Jules Fossin focused more on romantic styles of jewelry that referenced the past and nature, an approach carried on by Valentin and Prosper Morel. It was Joseph Chaumet, director from 1885 to 1928, who gave the maison its illustrious name and brought it into the 20th century with jewelry, accessories and tiaras inspired by the extravagant decor of the Belle Époque. Later, with Joseph’s son, Marcel Chaumet, succeeding him, the house would be featured at the Exposition Internationale des Arts Décoratifs et Industriels Modernes in Paris — from which the term Art Deco derives — and, alongside the likes of Cartier, would be seen as a leader in introducing the flamboyantly geometric designs and high-contrast color pairings of Art Deco jewelry to the global stage.

Chaumet has adapted over the years to meet changing tastes and trends. The house still reigns in the world of luxury jewelry, celebrating its 240th anniversary in 2020. Since 1999, it has been part of the LVMH Group. Its salons and high jewelry workshop continue to operate in the Place Vendôme where gem-setters, polishers and jewelers craft rings, earrings, watches and enduringly popular tiaras. 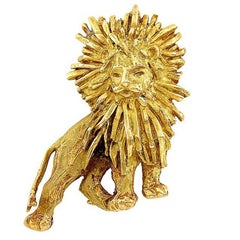 Chaumet 18k Gold Chaine d'Ancre Tressee Bracelet
By Chaumet
Located in Amsterdam, NL
A gorgeous 18 carat gold bracelet with a chaine d’ancre tressée link and invisible lock and two invisible safety clasps on the side of the lock, made by Rollang & Cie. signed and num...
Category 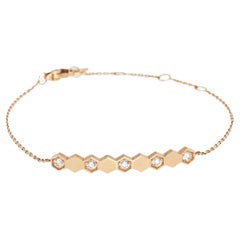 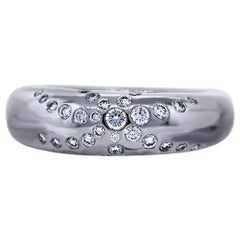 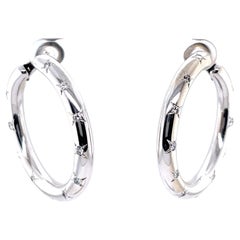 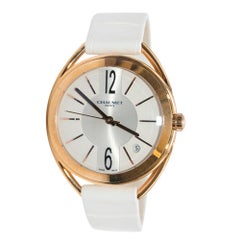 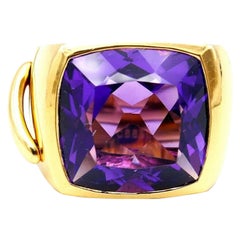 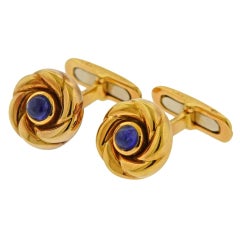 1stDibs offers a range of Chaumet jewelry and watches. These unique items were designed with extraordinary care, often using gold. While looking for the most stylish antique or vintage Chaumet jewelry to pair with your ensemble, you’ll find that Chaumet diamond jewelry & watches, from our inventory of 89, can add a particularly distinctive touch to your look. This collection contains 172 pieces as well as a number of other designs by this jeweler. Modern and contemporary are among the most popular styles of Chaumet jewelry & watches available on 1stDibs. While this collection reflects work that originated over various time periods, most of these items were designed during the 21st Century and Contemporary. Many customers also consider jewelry & watches by Mauboussin, Yianni Creations and Carrera y Carrera if you’re looking for additional options. Chaumet jewelry and watches can vary in price depending on gemstone, time period and other attributes. Price for these items starts at $500 and tops out at $495,000, while pieces like these can sell for $3,892.